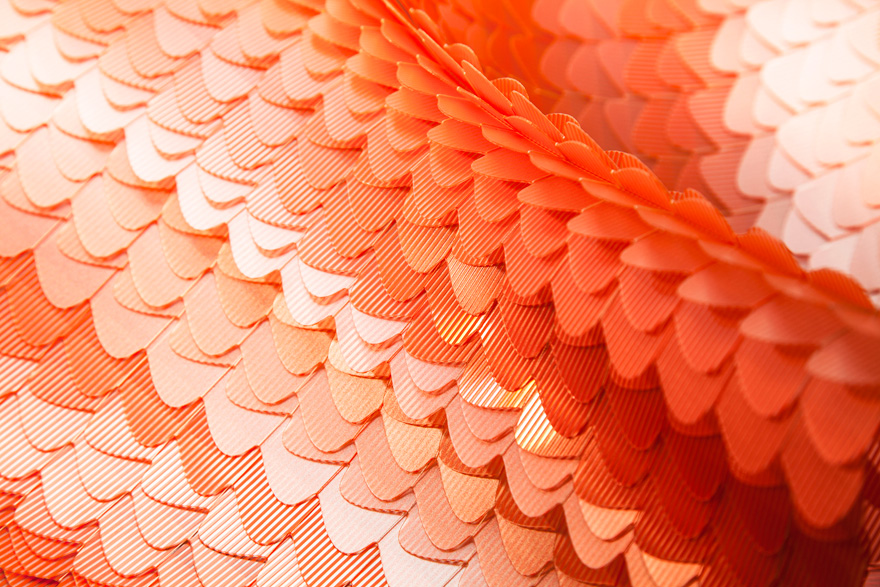 A close-up view of Laokoon's new Enso lamp, made of the Hungarian company's namesake material

When the designers of the Enso lamp start talking about how it evolved from Laokoon, the product's chameleon-like material, the details become a little elusive. "What I wanted to express was actually the potential Laokoon represents," says Lili Gulbert, the creative head and CEO of the Hungary-based company also called Laokoon. "I refused to close it into a definition and instead helped it find its own shape and explanation."

If the explanation is a little squishy, perhaps it's because the lamp is too. Enso undergoes morphological changes—twisting, arching, opening and wilting—when manipulated by the user. "You just have to experience it," Gulbert says. "People are drawn to touching it. The material doesn't have rules."

It may not have rules, but it does have a structure. Indeed, Laokoon may be best understood not as a material per se, but as a system. Strips of other materials—such as plastic, wood, paper, or leather—are laced together using a proprietary system developed by the Hungarian textile and tapestry designer Zsuzsanna Szentirmai-Joly. "The shape is basically a matrix that can be applied in different—but, of course, not endless—material variations," Szentirmai-Joly says. 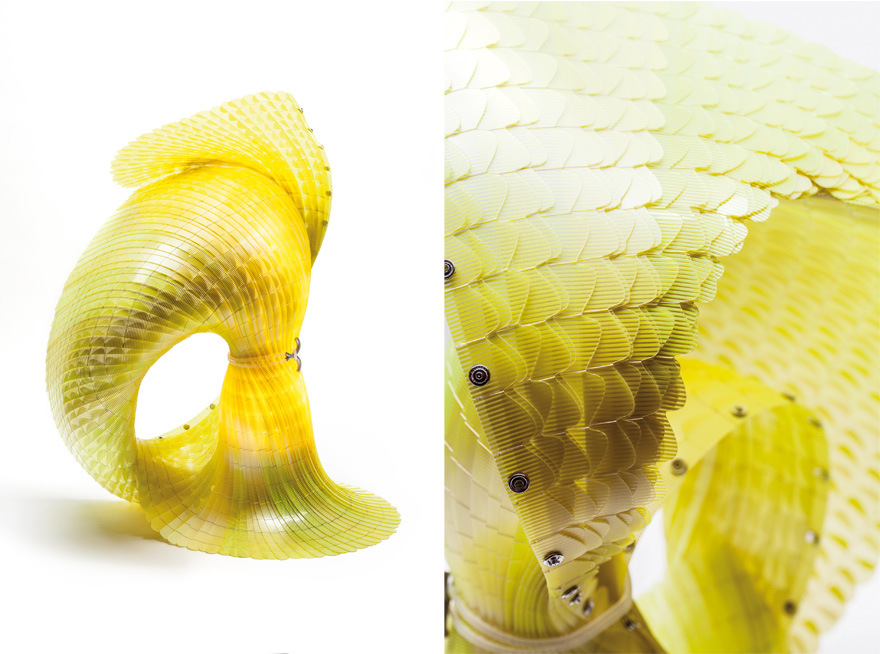 Above and below: Some of Enso's many possibly permutations 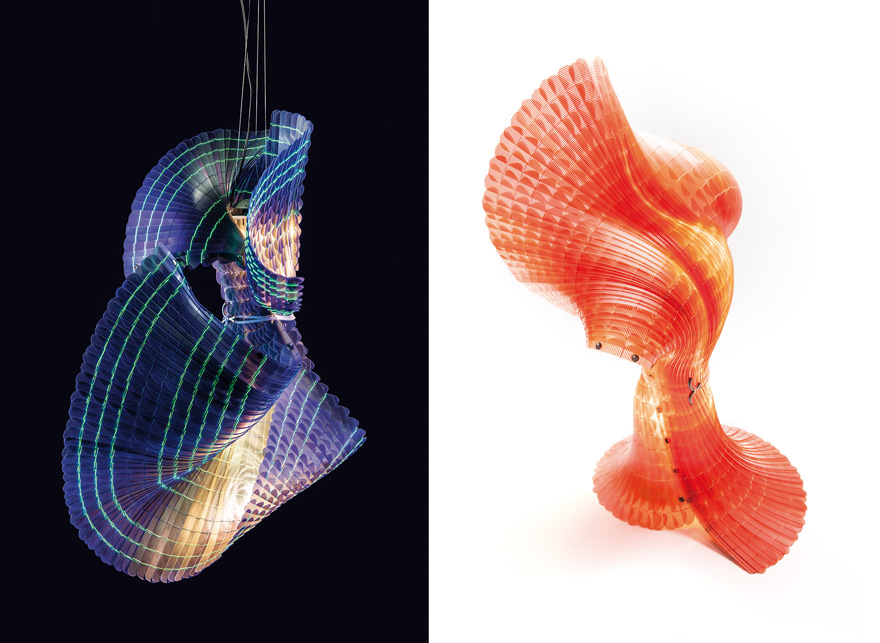 In the case of the Enso lamp, the designers used 80 two-inch-wide strips of transparent plastic. The strips are scalloped and layered with printed color before being laced together horizontally. When the pieces are linked, the strips slide over each other to strike a pose.The Enso lamp was a triumph for the company because it's a proof of concept for Loakoon's main product: the material itself. Laokoon was developed by Szentirmai-Joly during a long period of experimentation with movement in materials. She began by playing with plastic and leatherette, cutting out shapes by hand and combining them into rickrack ribbons and overlapping them into scales. By layering strips of material and securing them together with threaded loops, she found that her fabric could not only move, but also stand up structurally and adapt at the hands of a new user. "I didn't aim for a kinetic structure," says Szentirmai-Joly. "I arrived at Laokoon by chance." 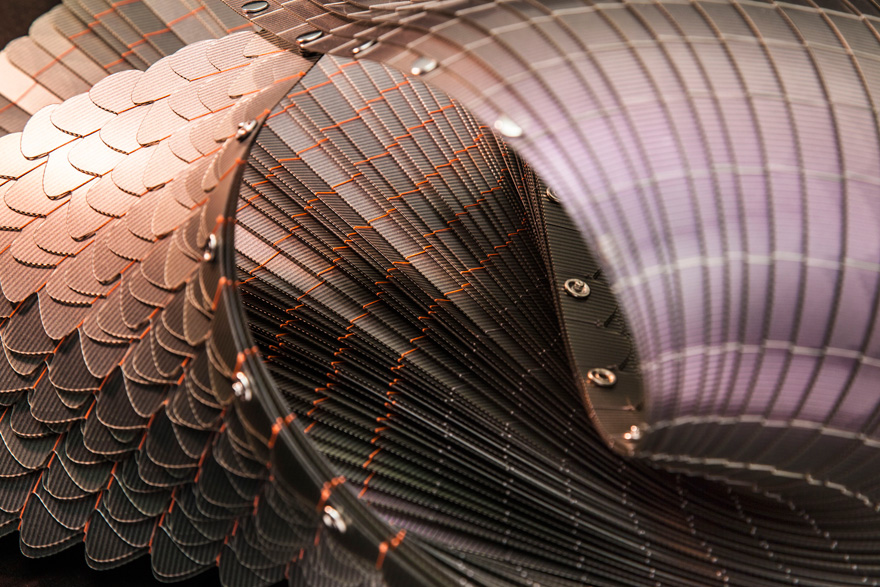 Then she built a company around it. Laokoon (the company) now has two branches, a design department—which developed Enso—and a technical team, which is experimenting with future adaptations of the material. By swapping the plastic elements with wood, for instance, the company hopes to build up Laokoon for broader design and even architectural applications. Gulbert, who worked in architecture and design before taking the job with Laokoon in June, is enthusiastic about the possibilities—especially after Enso prompted such an encouraging user response. The reaction seemed to fulfill the company's basic philosophy, that the material should inspire play, bring out a meditative interaction with the user and be capable of forms that are visually interesting. By next spring, the company should have a clearer idea of what form Laokoon will take on next.