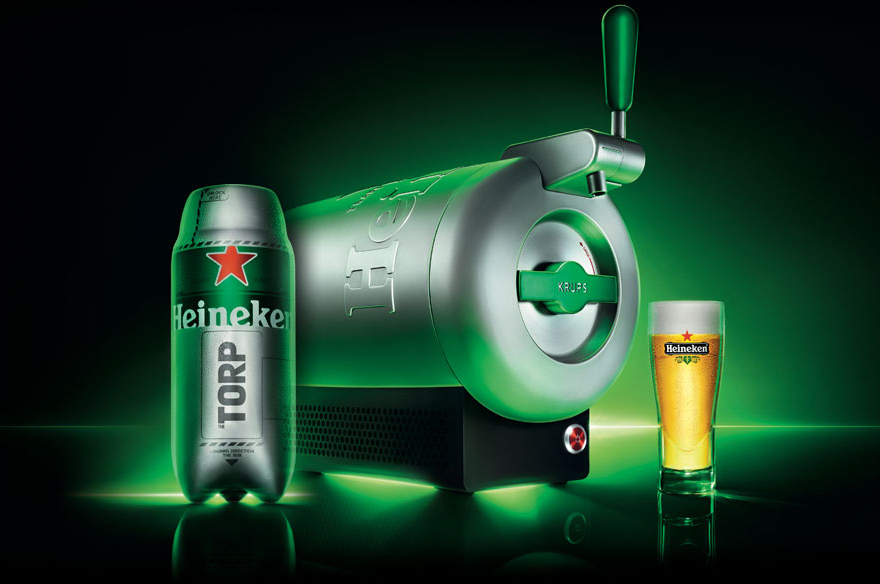 Raymond Loewy famously designed a bunch of stuff for Coca-Cola. Marc Newson, too, is venturing into famous beverage territory, but for a decidedly sudsier product: Beer.

Three years ago Heineken, after doing research, decided there was a market need for a product that would allow consumers "to enjoy an upscale drinking experience in their own homes." Six months later they'd tapped Newson to design it and now, 2.5 years later, they're ready to roll out the fruit of their collaboration, dubbed The Sub.

Manufactured by Krups, The Sub is, in Newson's words, "a giant pressurised vessel" and "a male-oriented object made of anodized aluminium." Consumers can purchase what they're calling "Torps," metal cylinders filled with brew, that they then load into The Sub like a torpedo into a firing tube. But instead of sinking an enemy U-Boat, The Sub then chills the beer down to two degrees Celsius, which is four degress colder, Heinken reckons, than your 'fridge can get it. 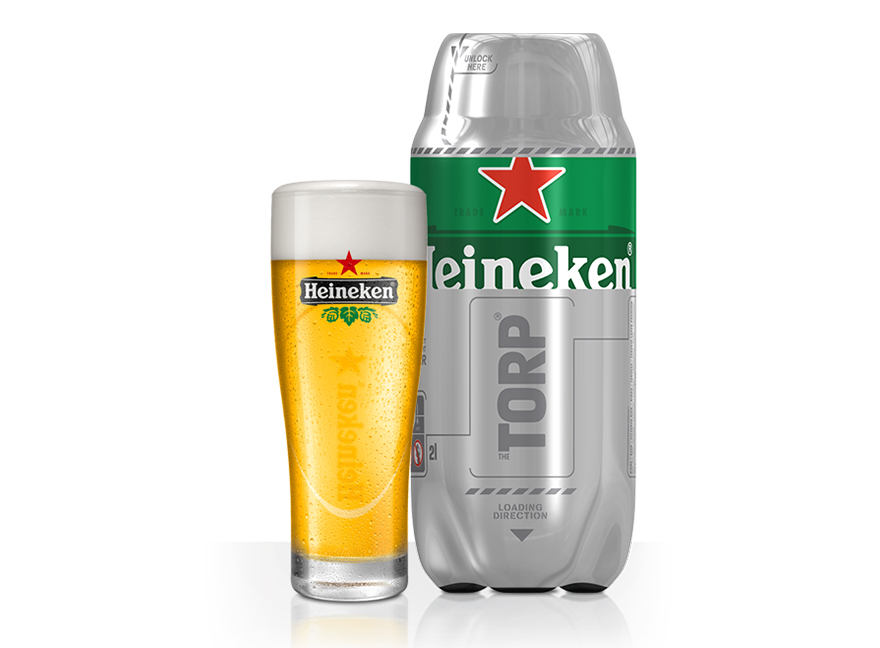 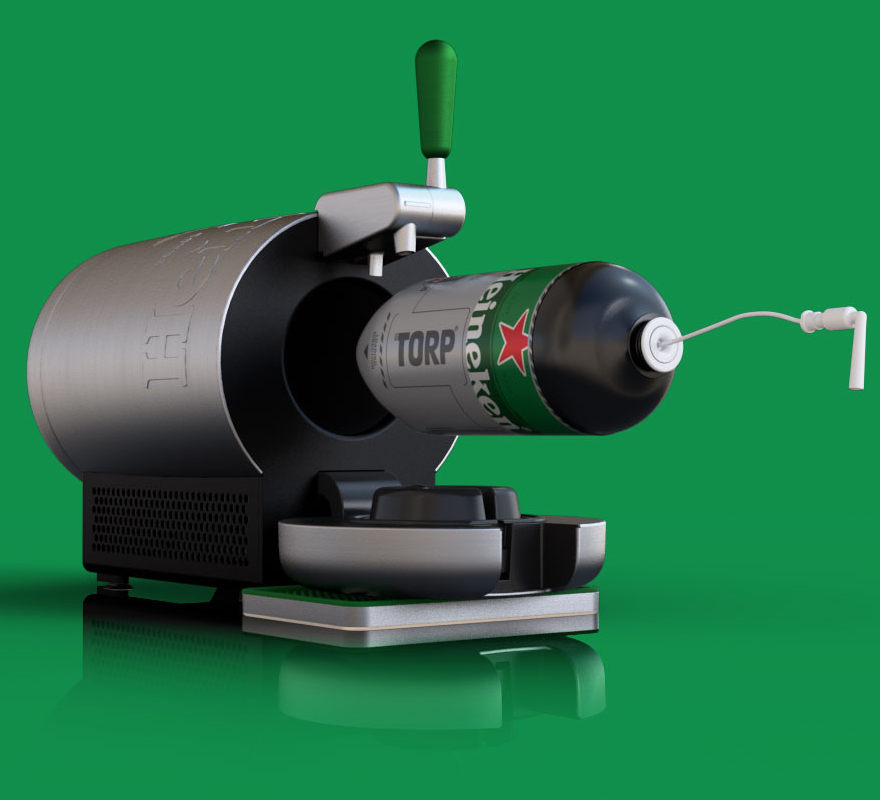 For now your choice of beers is limited to the ones in Heineken's stable, including Mexican, Italian and Belgian brews. 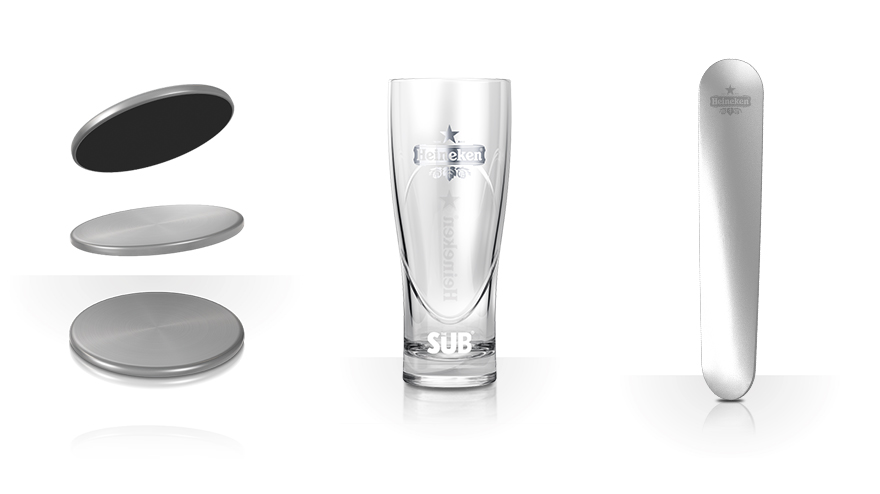 And to make the beer experience a bit more designery, they're also selling a Newson-designed Sub Case, a handsome aluminum (well, "aluminium" to them) bucket filled with five Heine glasses, five aluminum coasters lined with a silicon non-slip base, and even an aluminum beer skimmer. The only thing that's missing is a periscope that you can deploy from your man-cave to see if the missus is looking for you upstairs.