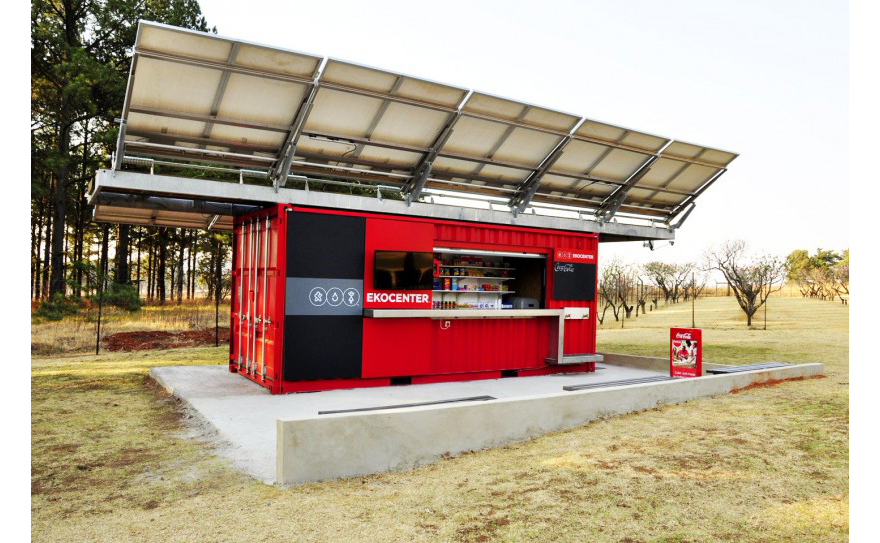 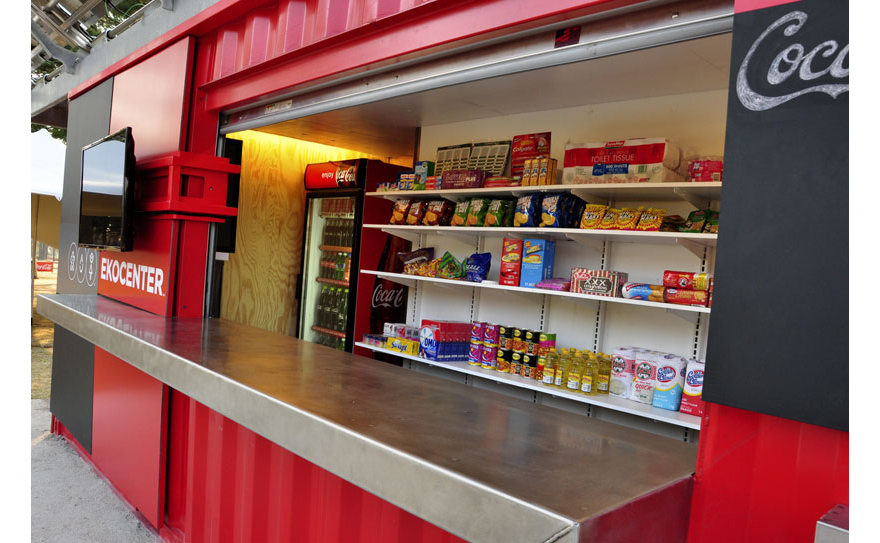 Coca-Cola is known the world over for producing its sugary (or fructose-y) namesake beverage. But in keeping with the ever-greening times, they now hope to form a secondary reputation as a provider of safe, clean drinking water. In Heidelberg, South Africa, Coke recently launched their first EKOCENTER, a 20-foot shipping container meant to serve as a retail kiosk, community center and social hub in impoverished rural areas. To draw bodies, each EKOCENTER is loaded up with a Slingshot, a water purification machine invented by Dean Kamen.

Segway inventor Kamen's Slingshot is amazing. Taking up as much space as a small refrigerator, the thing can run on cow poop and uses no filters, yet can turn any water source into potable water--cranking out up to 1,000 liters a day. And it can run for five years without even requiring any maintenance!

The Slingshot was more than a decade in the making, and with Coca-Cola's backing and global distribution network, is well-positioned to make a significant impact on global health through the EKOCENTER. And in addition to the Slingshot functionality, each container contains solar cells that can be used to power charging points or refrigeration for medicine. Following the South African launch, Coke plans to get the containers into 20 countries in need by 2015, getting safe drinking water into the mouths of millions. 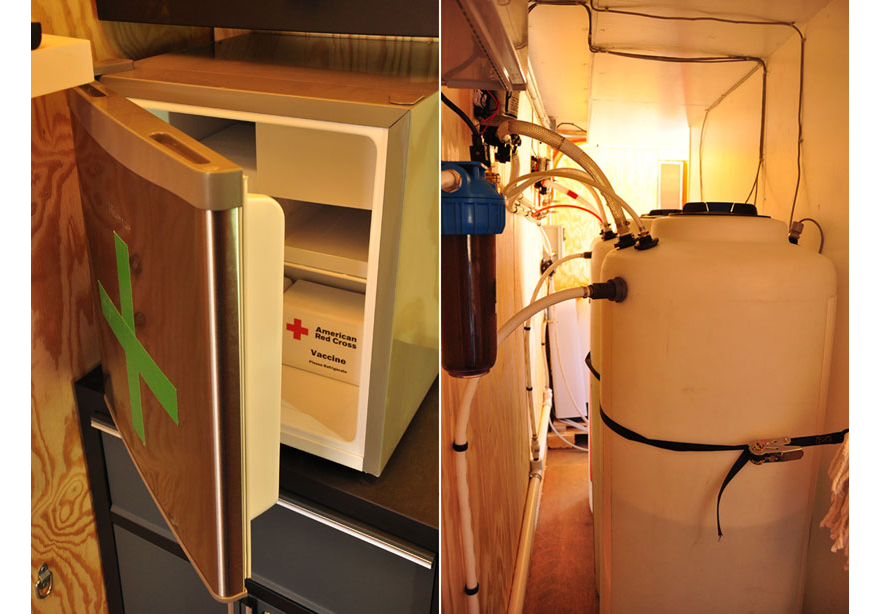