After spending several years in the habitation department at NASA, developing living spaces for the International Space Station as well as multiple off earth exploration vehicles, designer Garrett Finney left in 2009 to launch his dream recreational vehicle, the Cricket trailer. At the recent Outdoor Retailer show in Salt Lake City, Finney introduced a prototype of the FireFly, an even more compact and utilitarian next-gen trailer, designed to fit in the back of a pickup truck or be towed by a small car.

The FireFly's interior is minimal, lined with folding bench tops for the sleeping/living surface with room for storage underneath. Although he initially hopes to attract the eco-campers who require the robustness of a trailer and the serious off-roader, Finney also envisions industrial or disaster-relief applications, such as deploying temporary base camps in remote and disaster stricken areas. Working with the small team of Evan Twyford (recruited from NASA in 2012) and Cricket Lead Designer Brian Black, the FireFly was designed in a three-week blitz after several months of sketching, mockups and CAD modelling. 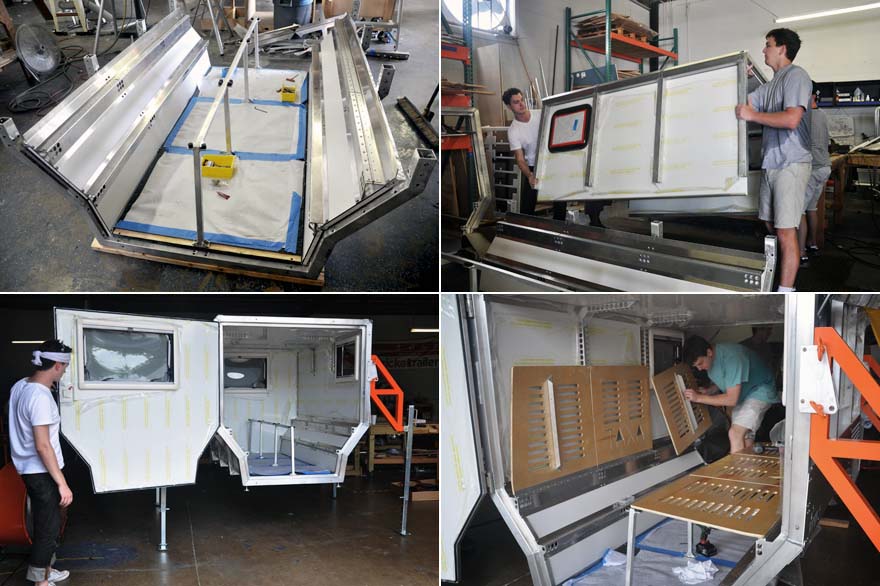 "We worked with one of our local metal vendors to cut and fabricate the majority of the exo-skeleton," Black says of the development process. "Most of these skeletal components were laser cut and bent sheet aluminum which, when fastened together, create rigid structures."

Combined with the welded square tube sections, this created a rugged yet light weight architecture. We borrowed many construction methods and materials from our NASA/aerospace design experience as well as our experience designing and manufacturing with the Cricket such as the use of light weight yet highly insulative composite panels. These panels are high R-value, inch thick architectural siding with .04inch aluminum skin and an eps foam core. This use of aluminum and composites allowed us to create the rugged volume seen with this prototype while keeping it weight at just over 600lbs. 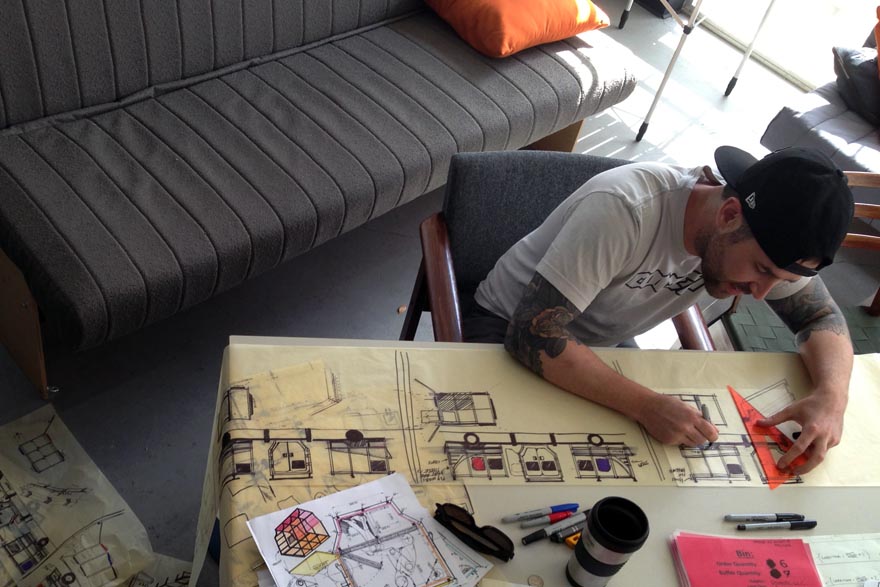 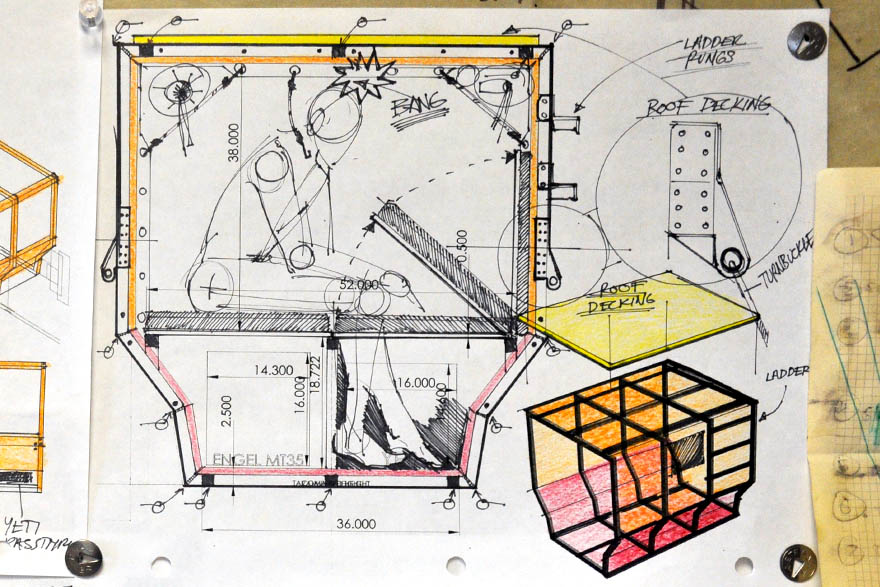 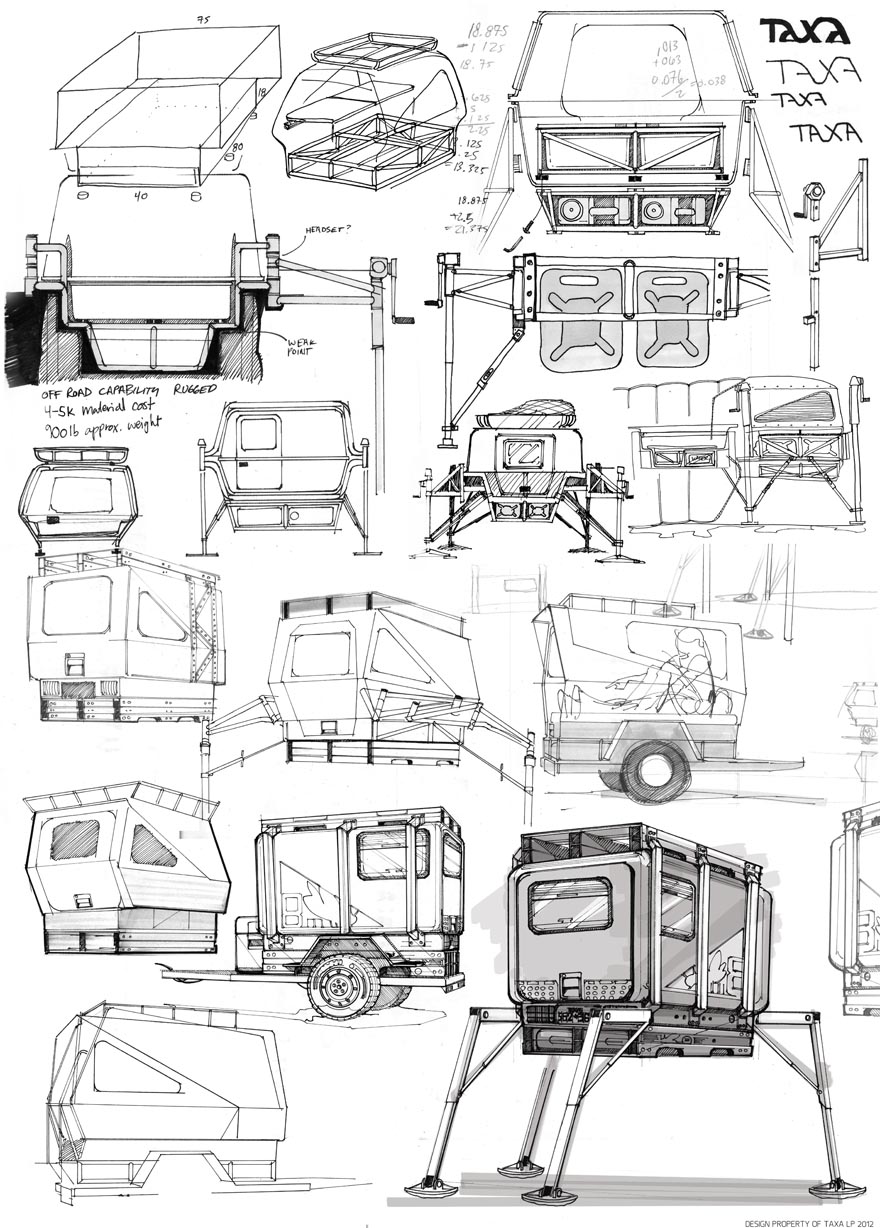 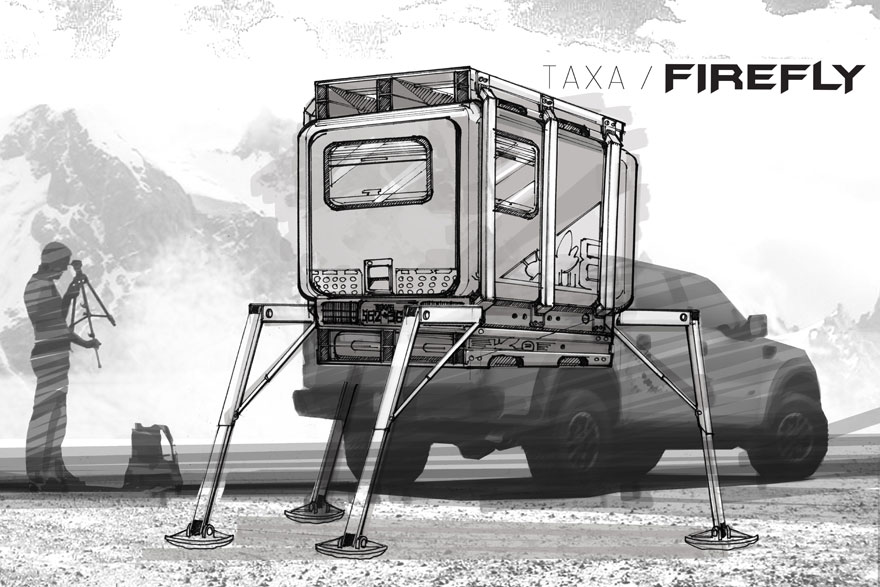 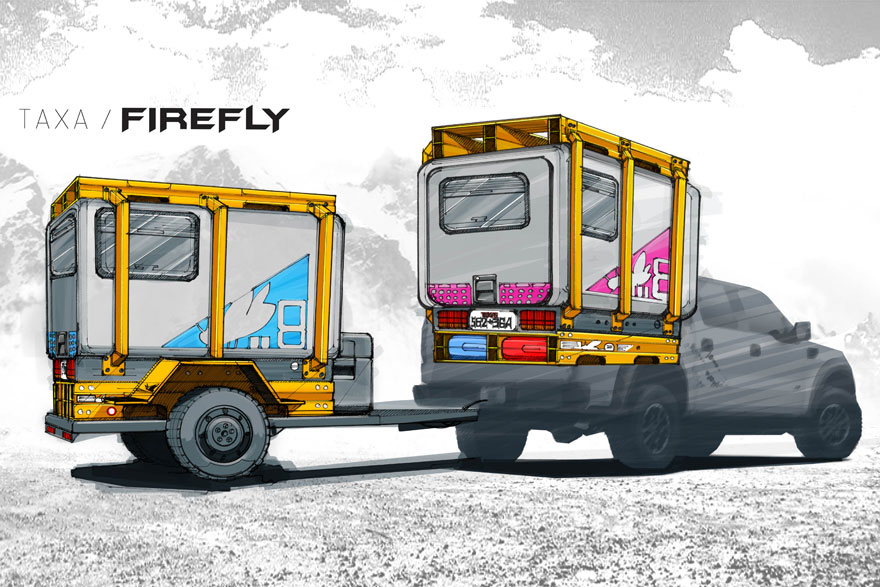 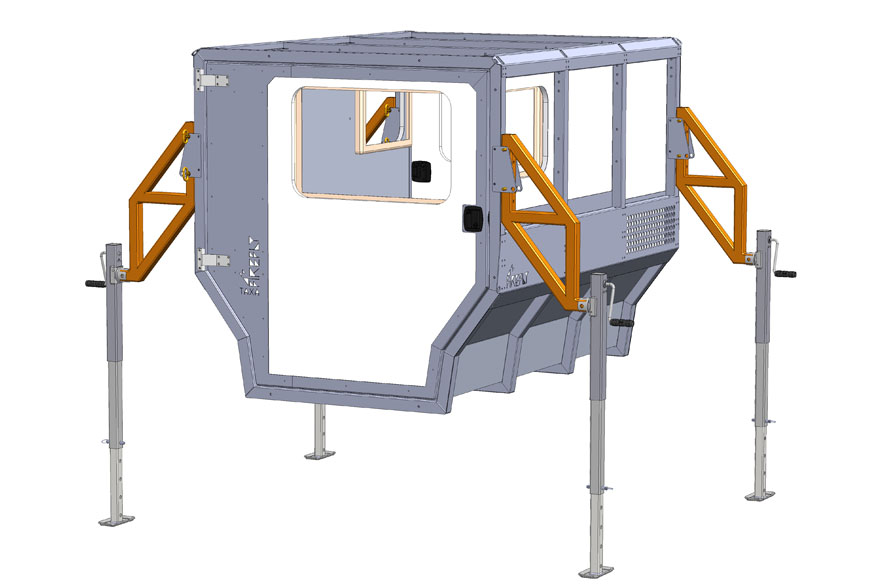 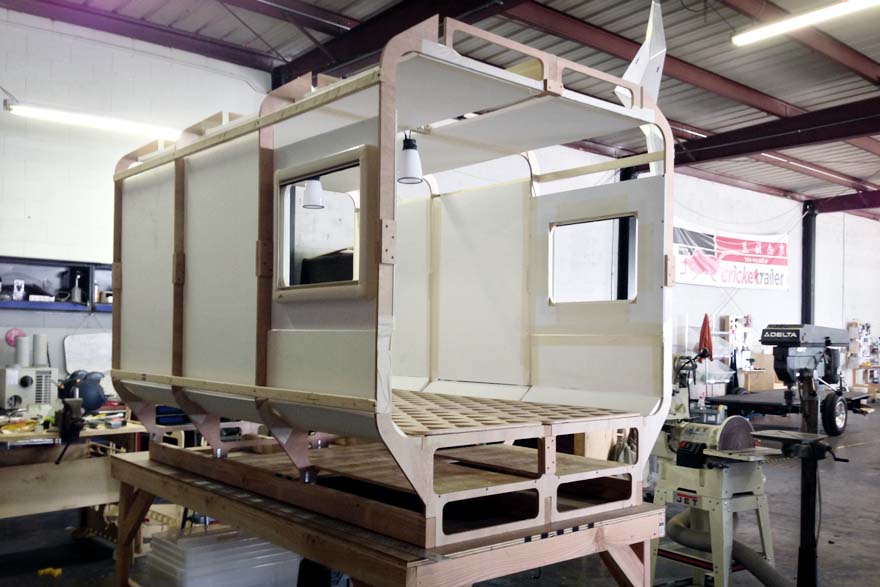 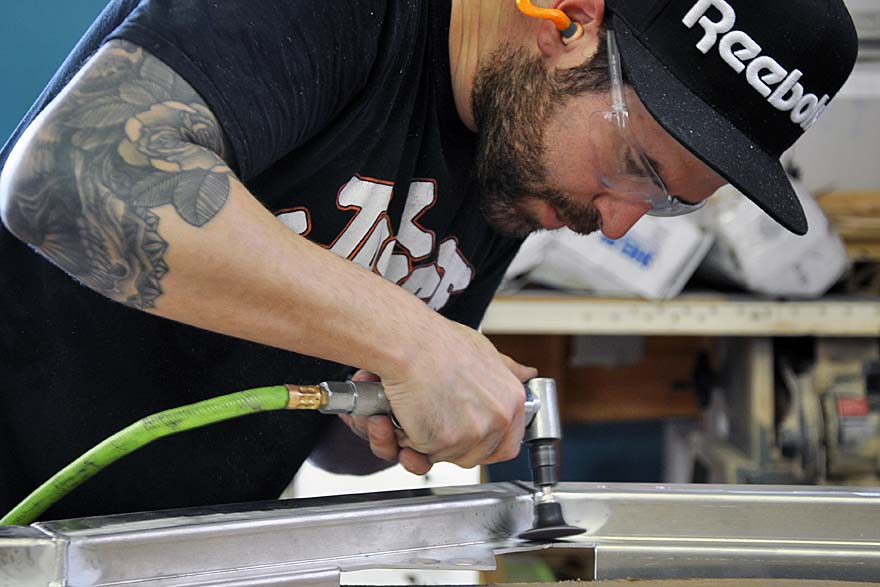 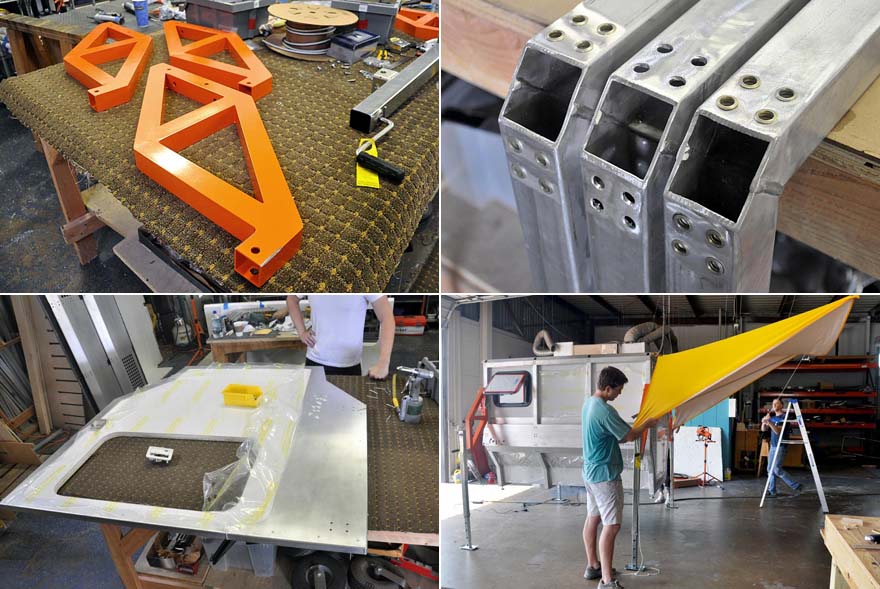 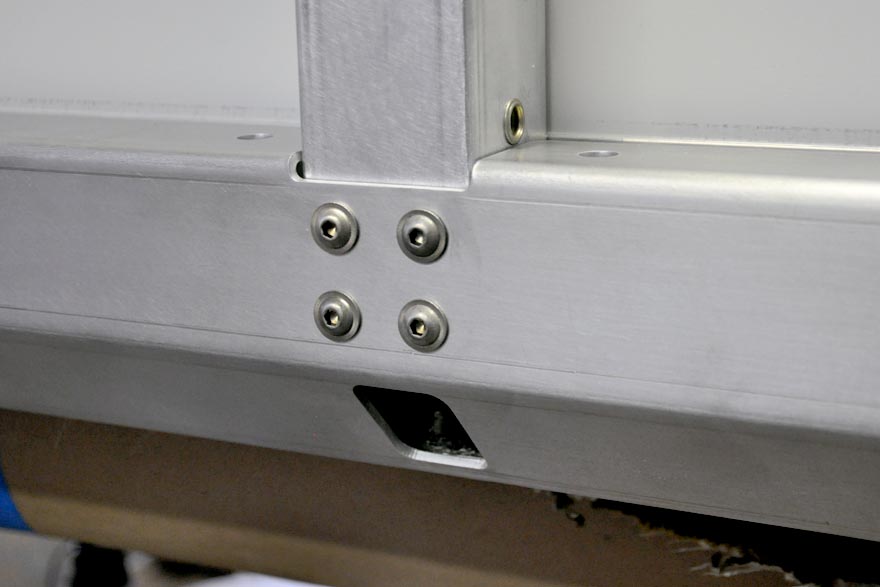 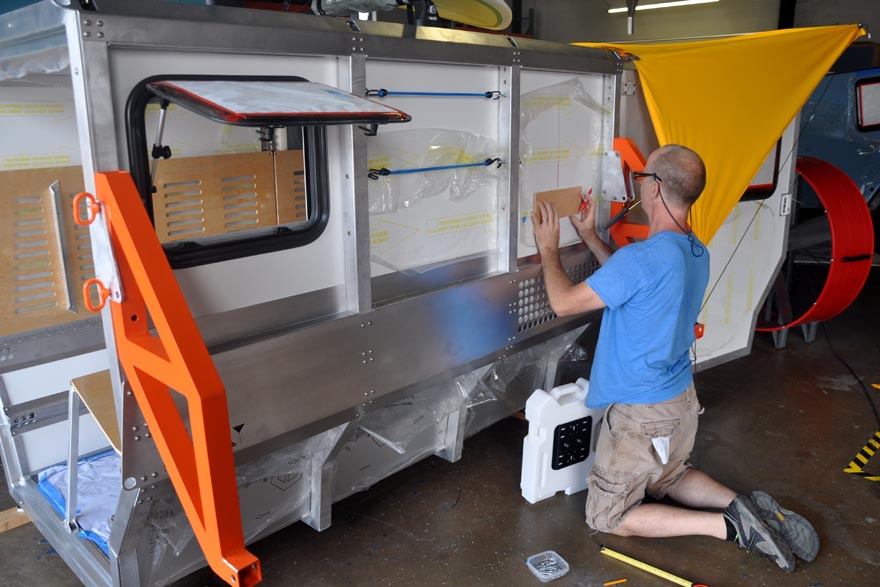 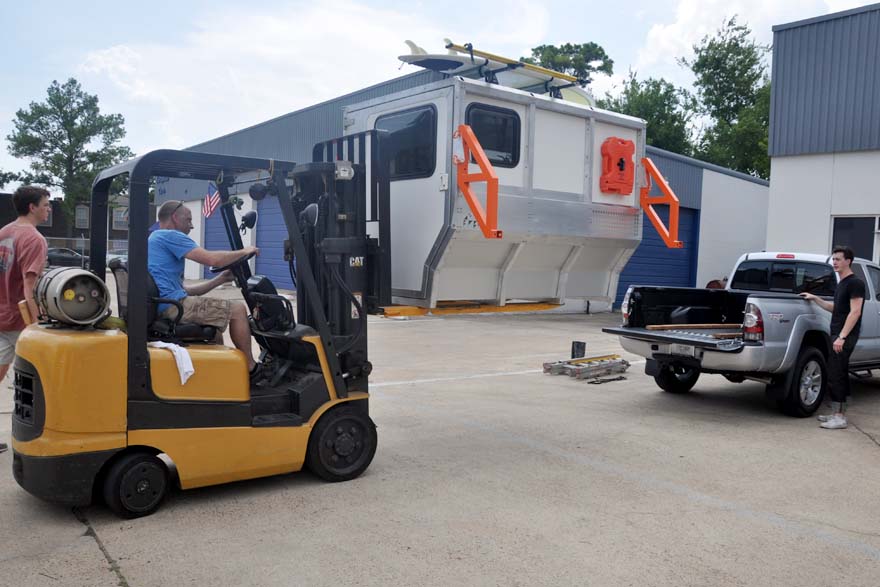 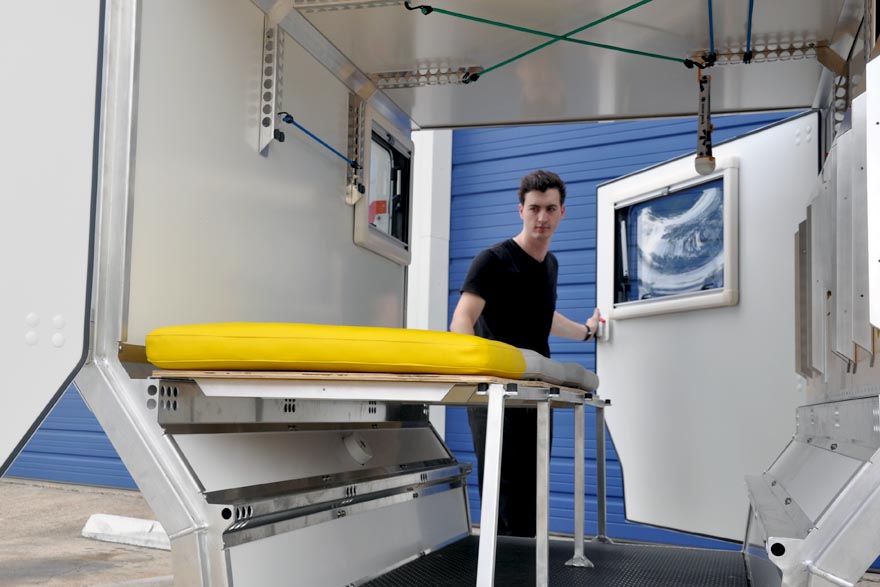 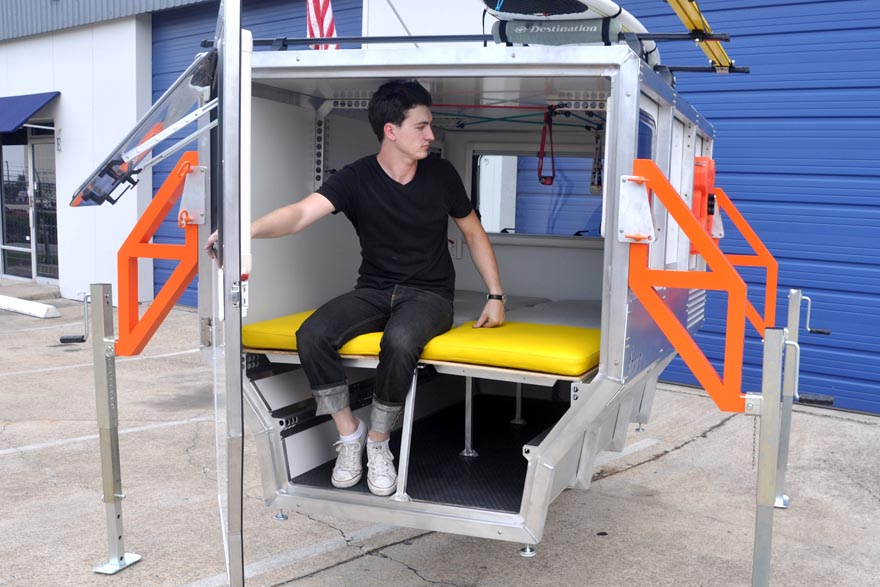 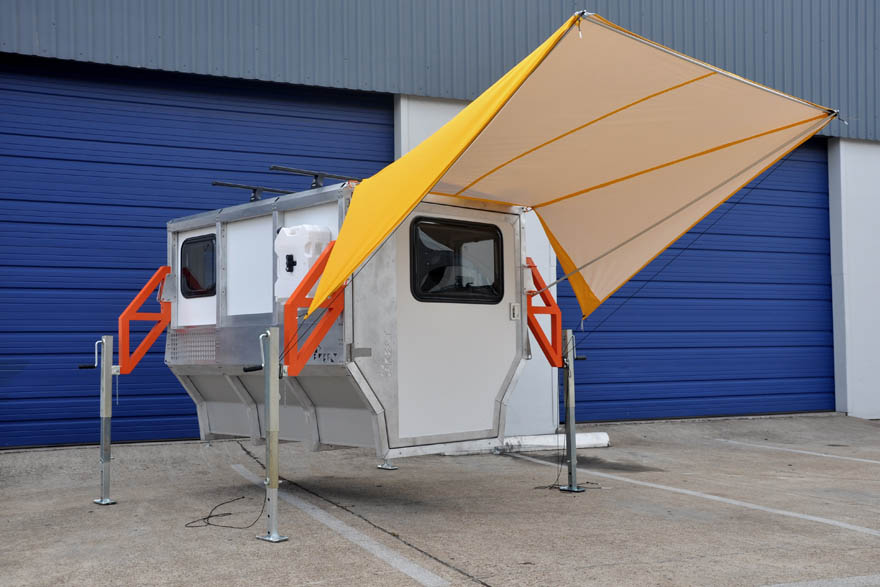 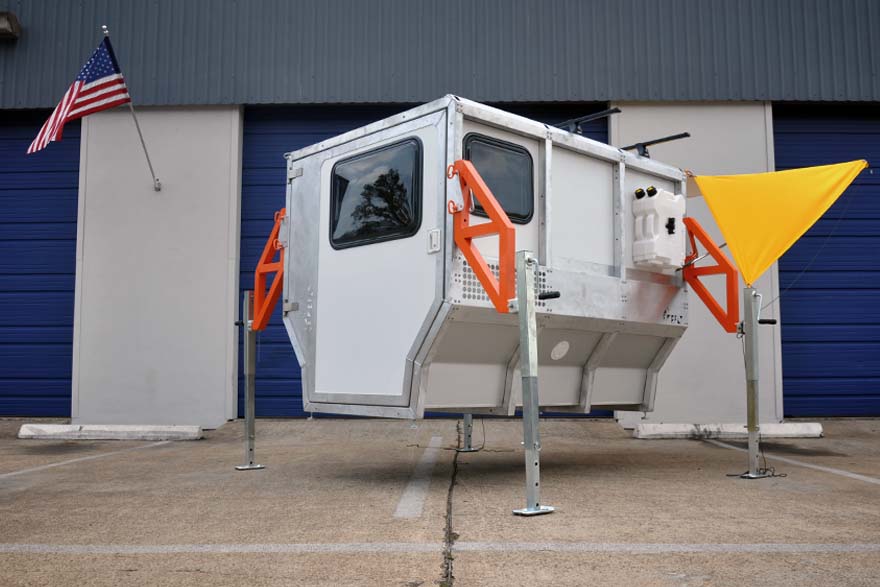 A second generation prototype of the FireFly is scheduled to launch early next year, you can learn more about the project at TAXAFireFly.com. 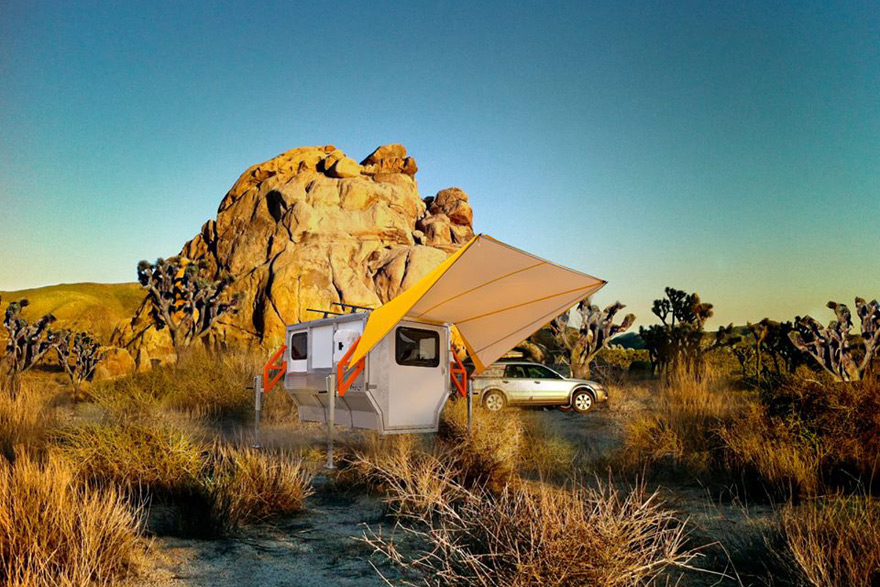