All photos courtesy of Anthony Howe and Rodrigo Melgave.

Surrounded by steel, Anthony Howe got his inspiration for his kinetic sculptures while working as a superintendent for a warehouse in New York City. The former painter had become bored, and saw potential in the industrial metal and iron around him. 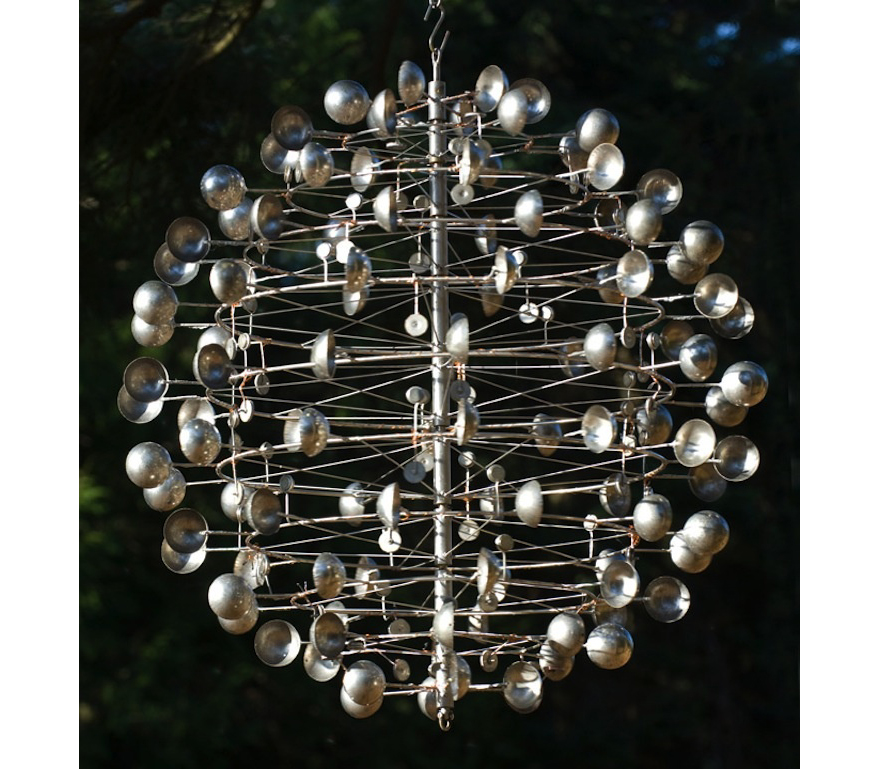 But he wanted to do something more than just cut steel and form static patterns from the parts. He wanted things to move. The result is mesmerizing and enormous: Steel sculptures that turn and swerve, and deceive us.

His works look like animated graphics but are three-dimensional intricate pieces that are "kinetic" because they move in the wind. The Creators Project calls them "real-world screensavers." 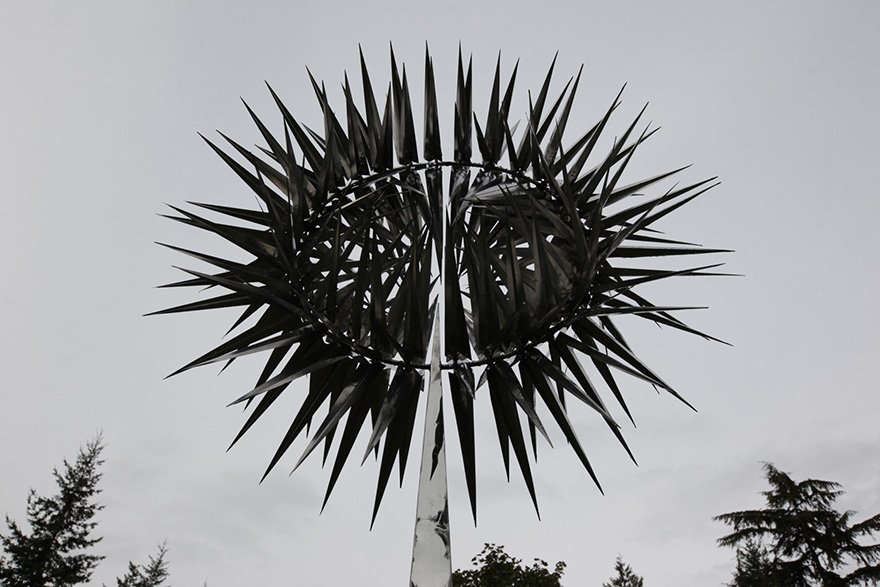 His pieces are certainly meditative, and look like a movie come to life. The play on perspective and the precision required comes from a unique process. Howe typically begins with a 3D model that he then redesigns in CAD using the software Rhinoceros 3D. This step is necessary for him to see how these things can actually move and how the parts can fit together. After constructing initial movement and design using the computer, the pieces are laser cut and then Howe hand-crafts them, pounding and shaping by using metal work techniques. 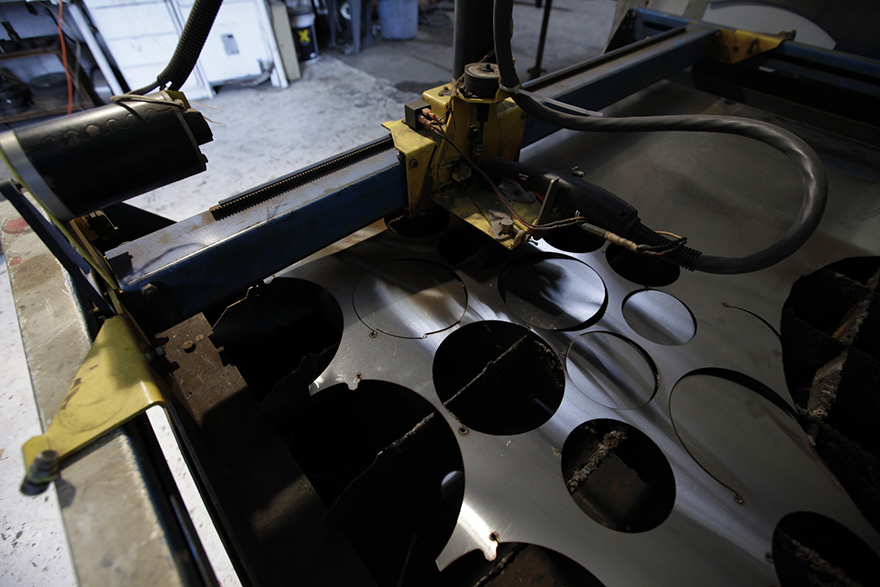 Getting the speed just right is deceptively simple. He used to think he'd need a lot of curvature to make a piece catch sufficient wind, but with time he recognized that even just a bit of a curve is enough. As he says, "Anything will work in a 50-knot wind... just put a piece of metal out on a table and it will blow away. But to make it spin at about one knot, that is harder."

What I like most about Howe is that he doesn't make an abstract, overly-complicated statement about his work. On his site he merely says, quite perfectly: "Let's go sit on the patio and watch the whirligig."

See and hear more in this video: