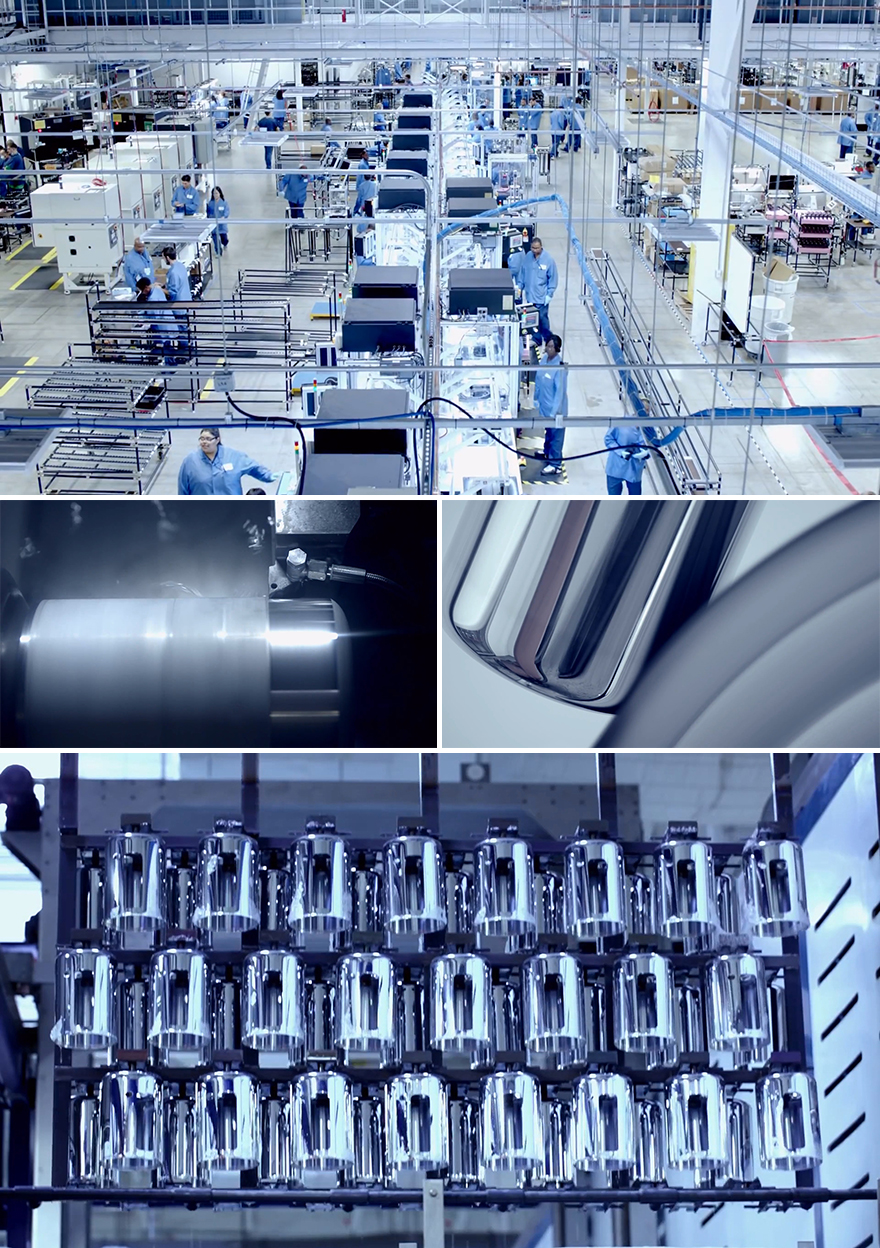 Back in June, we wondered how Apple's then-forthcoming tube-shaped Mac Pro was manufactured. Following a tip from Don Lehman, we learned it was the process known as impact extrusion, and we assembled a bunch of clips to show you the process.

Well, turns out Apple has put together their own video showing the actual Mac Pro as it goes from an aluminum puck into the Ive-envisioned final cylinder. Attendees of Apple's media event earlier this week were the first members of the public to see it, but thankfully it's now been posted to YouTube. Have a watch:

As you saw, the video also treats us to a rare look inside Apple's actual production facility. (Is it me, or has it become weird to see a factory filled with American workers?) And speaking of that factory: For the true production methods geeks among you, Oregon-based product designer Greg Koenig has gone and listed what he believes are the actual machines Apple's using.