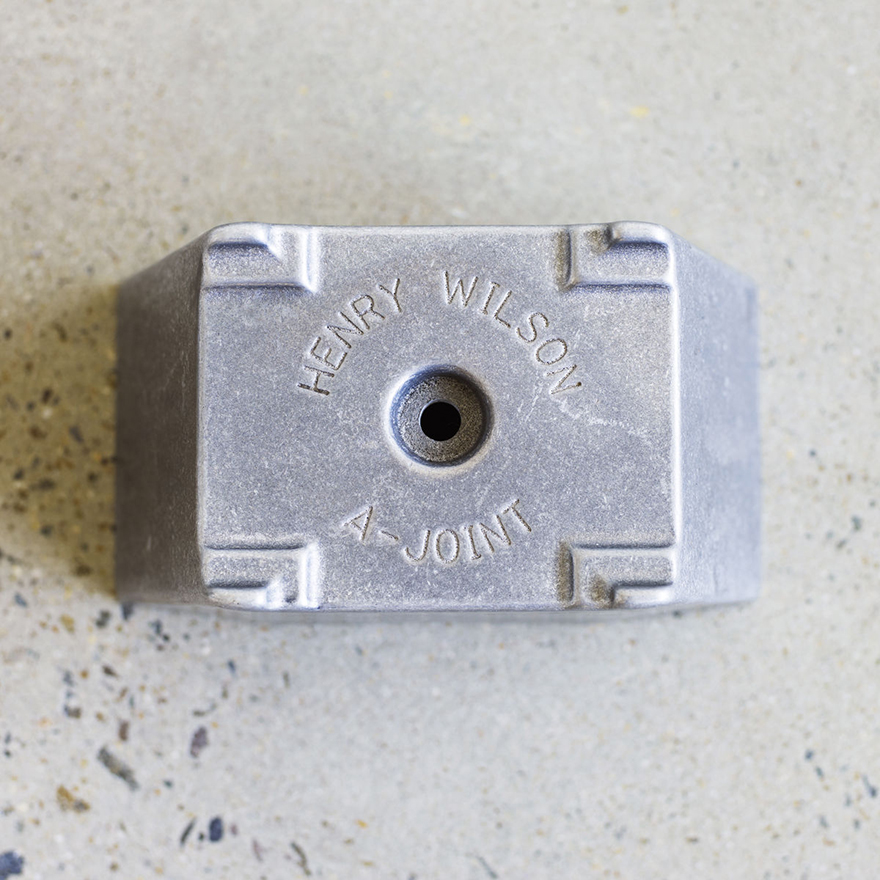 Perhaps you've seen those pre-fab sawhorse brackets where all you have to do is screw some 2×4s into them. Now Sydney-based industrial designer Henry Wilson is releasing a similar concept, which he calls the A-joint. 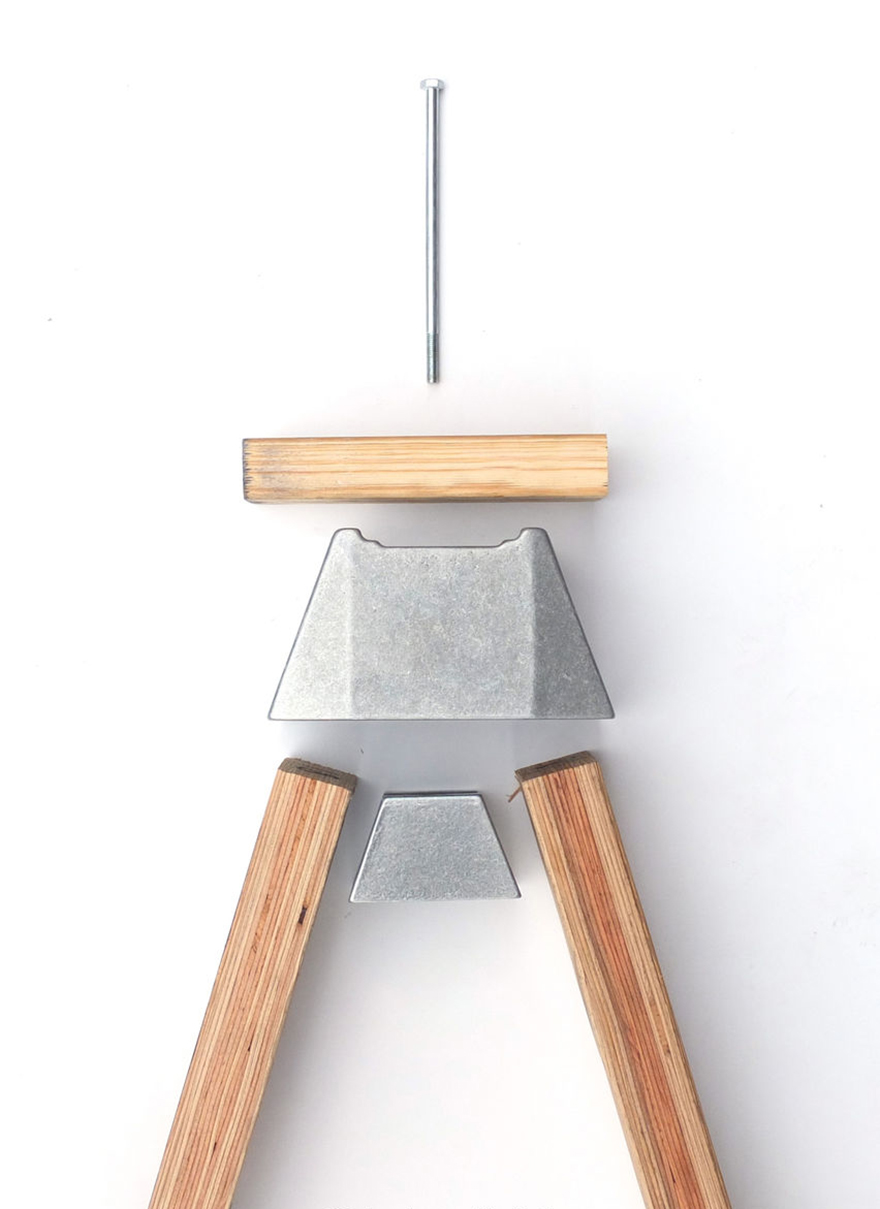 Wilson's A-joints are essentially aluminum brackets that you plug 2x4s into in order to make stools, benches or tables. Wilson describes them as "sand-cast in re-claimed metals and almost indestructible." While we understand the concept, having seen sawhorse brackets before, we're not quite sure whom the target market is; our thought is that anyone who's bothered to purchase a chopsaw and knows how to cut a 2x4 to length presumably has enough basic carpentry skills to knock up a shop bench, no? Or do you think that's our industrial design bias talking, and that there is in fact a ready market for pre-cast joints that range from $110 to $220 a pop?

If there is a market, it should soon become apparent; a collection of Wilson's furniture built using A-joints is launching in New York tomorrow, October 30, at Matter in SoHo. 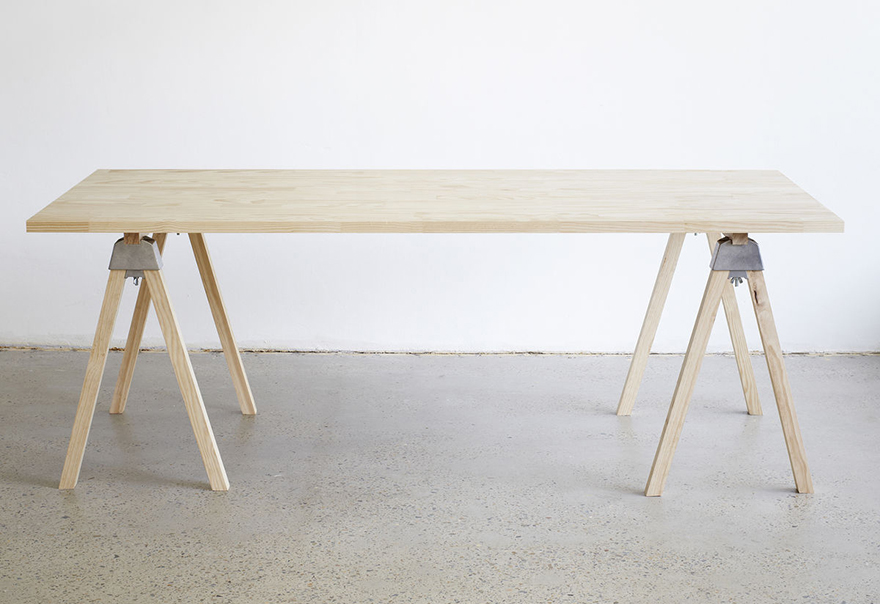