Unofficial Reports Review Design Events with Exhibits of Their Own 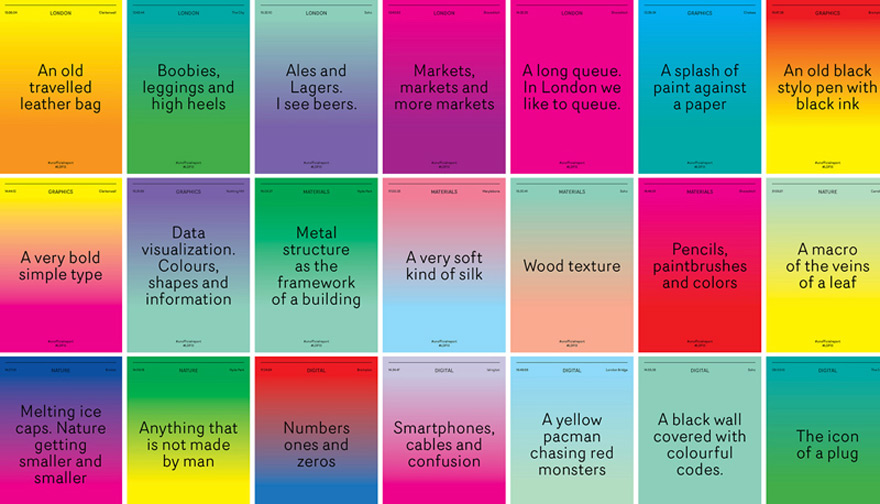 It's hard to describe a word with more words—and generally ineffective. We've all been tongue-twisted at some point, searching for just the right word to describe something or other. Unofficial Report, a group of young designers on a mission to create a library of text imagery, has caught on to that with their "Unofficial Report" of the London Design Festival. Created by two researchers from Fabrica, the Italian communications research center, the organization is working to involve more than just the event itself in their reviews.

The group attends creative functions around the world and compiles reactions, graphics, quotes and physical things (like business cards) to create an exhibit that dives into the event and the environment around it. It's done differently for each experience. So far, they've recorded responses from London Design Festival, Art Basel and Milano Design Week.

For Milano, the group eternalized quotes and sampled graphics to include in a curated catalog. At London Design Festival, the group interviewed other attendees and those involved with the event. By choosing a concept (like "future") and asking, "If future were an image, what would it be?" Unofficial Report was able to create real-time posters with the responses. The colors involved in the finished projections are associated with the neighborhood that the interviewee answered the question in. Some of our favorites included gems like "Future: dehydrated pizza!" and "Digital: a yellow pacman chasing red monsters." 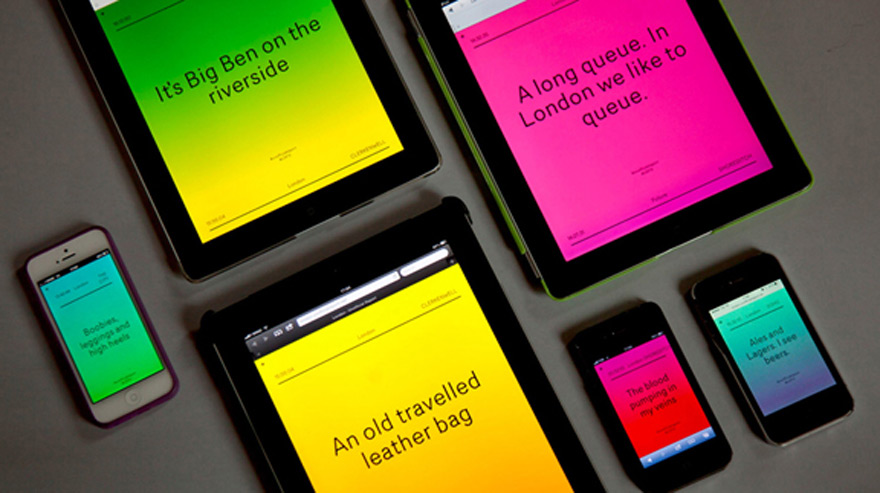 Is this research or an exhibition in itself? Whatever it is, it's a very right-brained way to review creative events. Check out the video below to get a better feel for the making of the London Design Festival's Unofficial Report:

Unofficial Reports Review Design Events with Exhibits of Their Own