The jersey T is classic, but a bit boring. The T-Shirt Issue has once again upped the traditional T's drama with a touch of 3D rendering and design. We chatted with the T-Shirt Issue back in 2011 when they were looking to fund a Kickstarter campaign to launch a line of clothing basics that broke all rules when it came to seams. Following the successfully-funded crowdfunding campaign, the group has a series titled "Muybridge Pt_2," on view now at "Out of Hand: Materializing the Postdigital" exhibition in NYC, alongside some 120 other pieces that illustrate the role of digital fabrication in contemporary art, architecture and design. 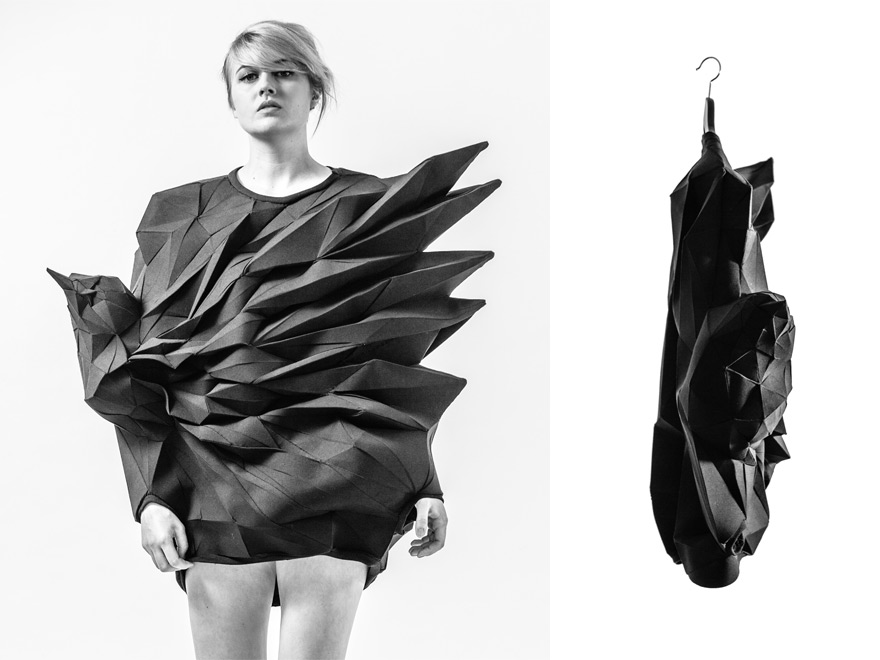 The name of the collection, of course, refers to the seminal photographer; Hande Akcayli, Creative Director at the T-Shirt Issue elaborates:

We were fascinated by the idea of translating movements into garments. The study leans on Eadweard Muybdridge's photography work in the late 1800s, with which he pioneered in the field of capturing animal and human motion. The Muybridge series is a digital approach to transporting classic dynamics onto standalone jersey garments and capturing temporal change in 3D.By using 3D applications—that were not necessarily intended for clothing construction—the team at The T-Shirt Issue created a series of polygonal bird designs from a rigged video of a bird in flight. "The underlying concept is a digital reinterpretation of how clothing is constructed," Akcayli says. "Instead of doing everything by hand as is common practice, we created our own digital environment that gives us the freedom to do pretty much whatever we like, whether it's daily wearables or less-wearable extensive installations." But with such a classic silhouette, there's no mistaking what it actually is: "No matter how complex it gets, you'll always understand it's a tee." Check out this video of the 3D rendering of the bird they used in the design:

After choosing the frames that were going to be reinterpreted with the shirt, the designs are unfolded and transferred to 2D sewing patterns. The effect is almost architectural—there's a new crease or fold to be noticed every time you give it a look. And while it's not anything you could ever expect to recreate and wear on the regular (unless you're Lady Gaga), it's a unexpected look at the potential one of our everyday favorites has hidden away. 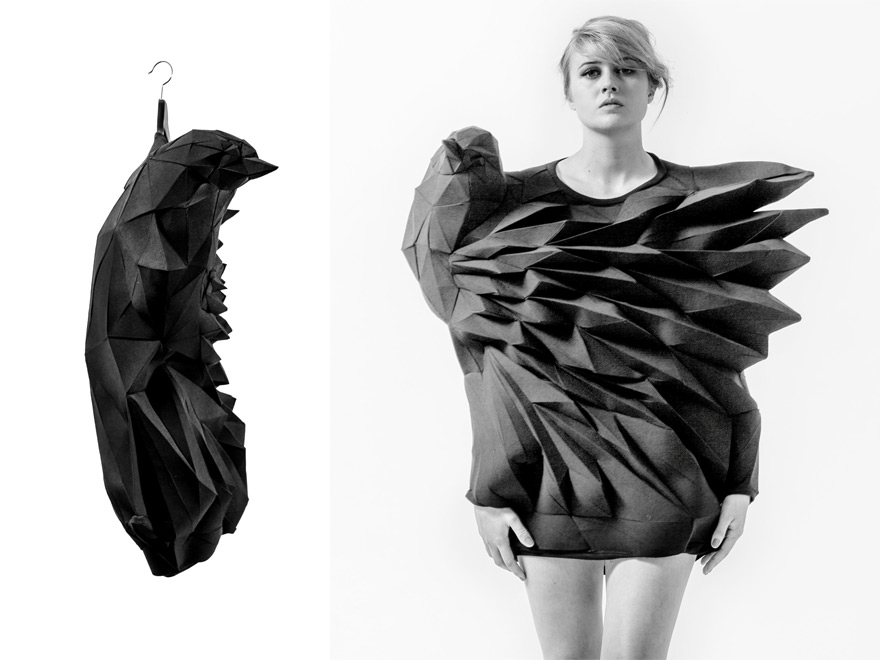 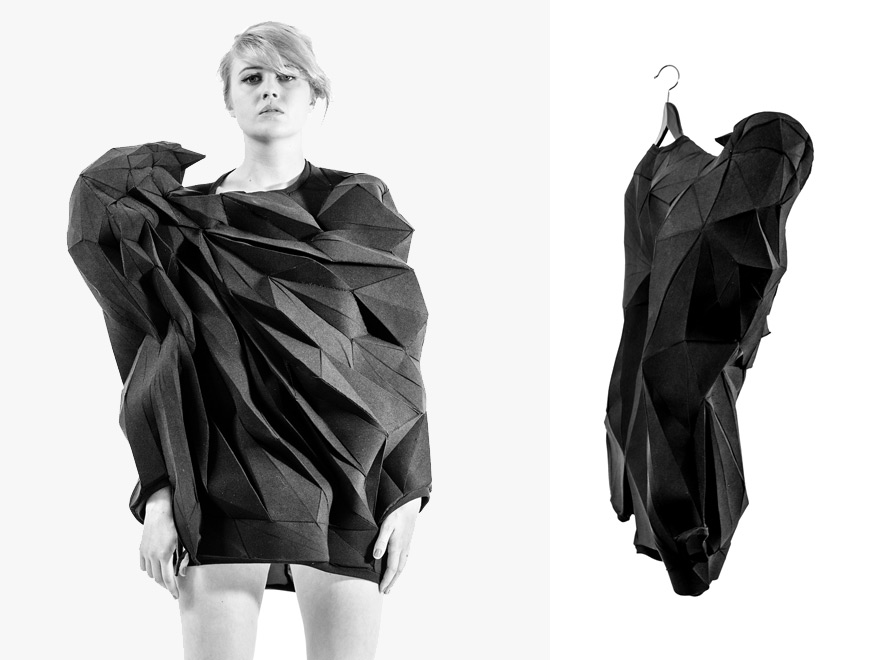 You can see Muybridge Pt_2 at MAD's "Out of Hand: Materializing the Postdigital" exhibit through July 6, 2014.