It looks like Aramique Krauthamer has been keeping busy since we visited Nike's "Art and Science of Feeling" pop-up experience last month. We encountered the NYC-based installation/interaction designer at the opening of "PLAY: A Visual Music Experience," the latest installation that he's designed with Fake Love for his ongoing collaboration with premium home audio purveyors SONOS. No brainwave sensors this time around: Since true haptic feedback would have required speakers with custom top panels, the 'touch' sensor is actually a discreet optical input, which toggles the colors of the ripple-like projections. The visuals reflect not only the amplitude of soundwaves (as in your iTunes visualizer) but also the pitch, tone and a few other attributes. 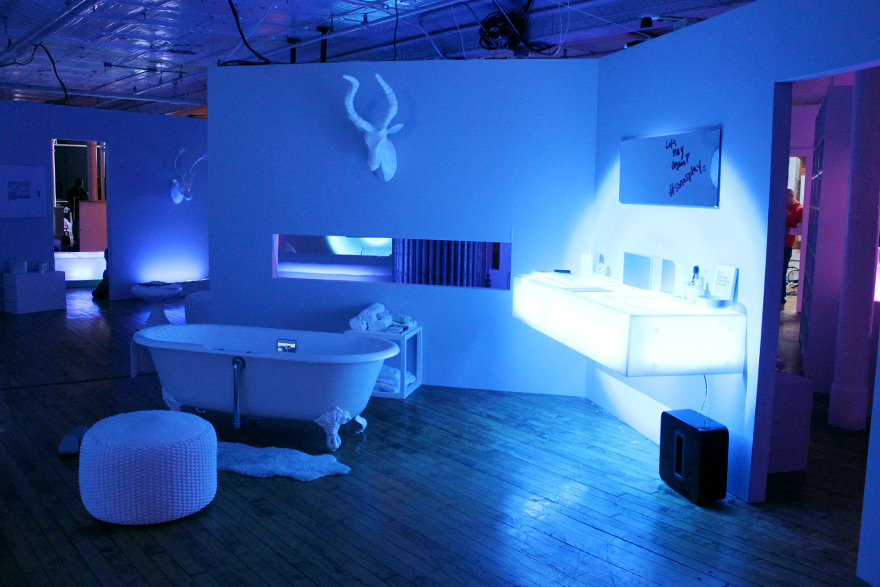 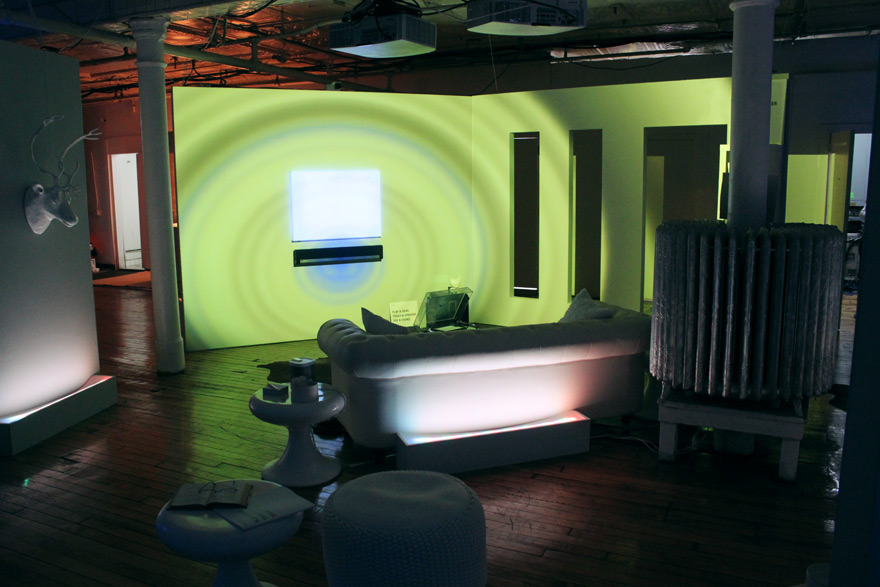 Frankly, I couldn't tell the difference, but I did share Aramique's interest in the custom 'furniture' he designed for each 'room' of the installation. The lucite boxes are embedded with LEDs that match the projects and were fabricated for the project, which is en route to SONOS' Los Angeles studio after its one-night-only debut earlier this week. The occasion for the celebration is the worldwide availability of the new PLAY:1 speaker, which debuted two weeks ago, just in time for the holidays. 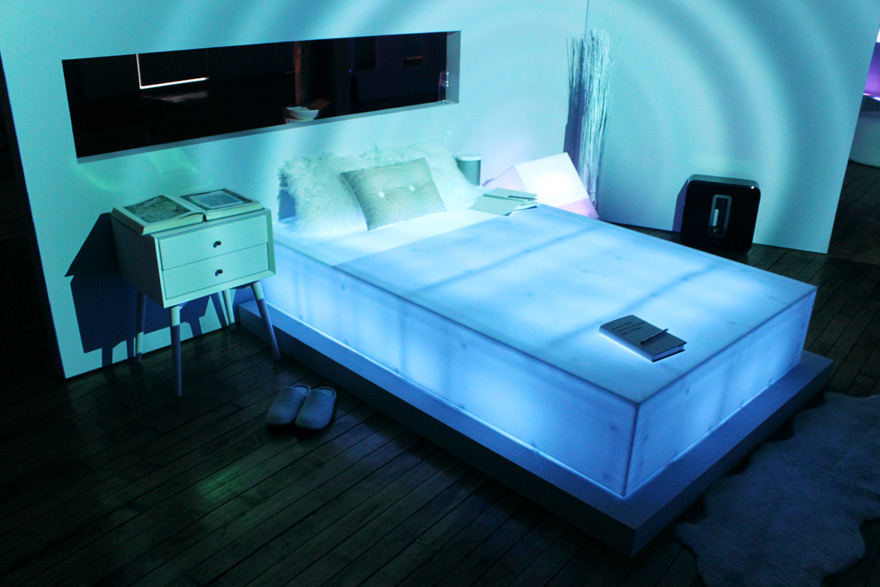 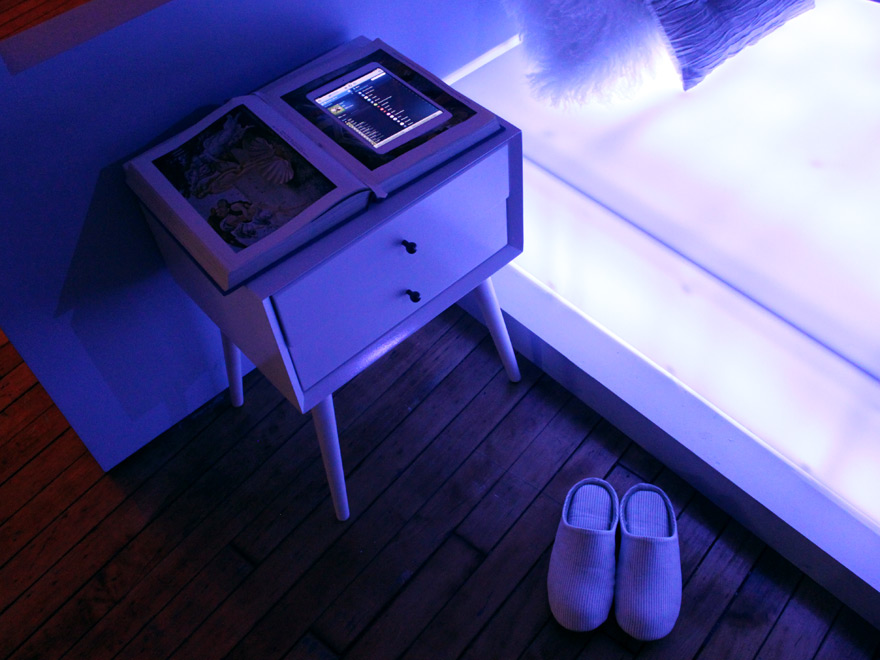 Launched in 2002 as a wireless home audio system, SONOS has since expanded into a powerful app-controlled ecosystem that enables streaming via a number of services, as well as your local music library, while the hardware itself is intended to be expandable to every room in your house (up to 32 of 'em, anyway... far more than any apartment I've seen in New York City). 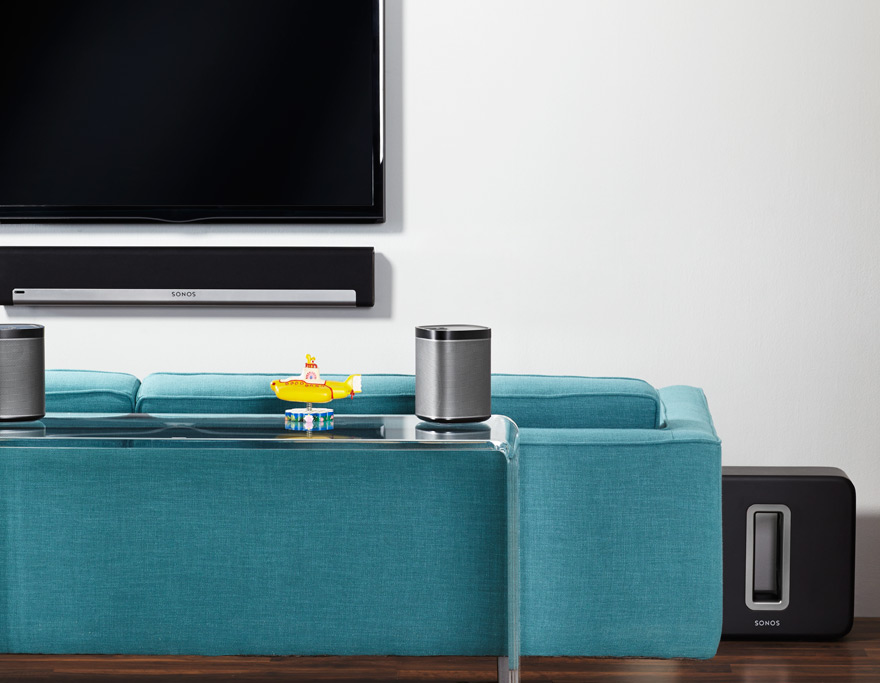 Although it's described as a wireless hi-fi system, it's not entirely true: High-fidelity though it may be, the individual speakers must be tethered to an AC power supply (i.e. a wall outlet). It's a reasonable tradeoff for a home audio system, where speakers are more or less stationary anyway, in order to deliver a more seamless listening experience, though the power cable can be just as cumbersome as 16-gauge speaker wire, especially for, say, wall-mounting (both the PLAY:1 and PLAY:3 have a standard 1/4” /20 threaded mounting socket). Similarly, at least one of the speakers is required to be hooked up to one's router via an ethernet cable; an optional accessory called the Bridge serves as a kind of hub for the same purpose, liberating the speakers themselves from a hardwired connection to the network, and they're currently offering it for free with all/any of their speaker offerings. 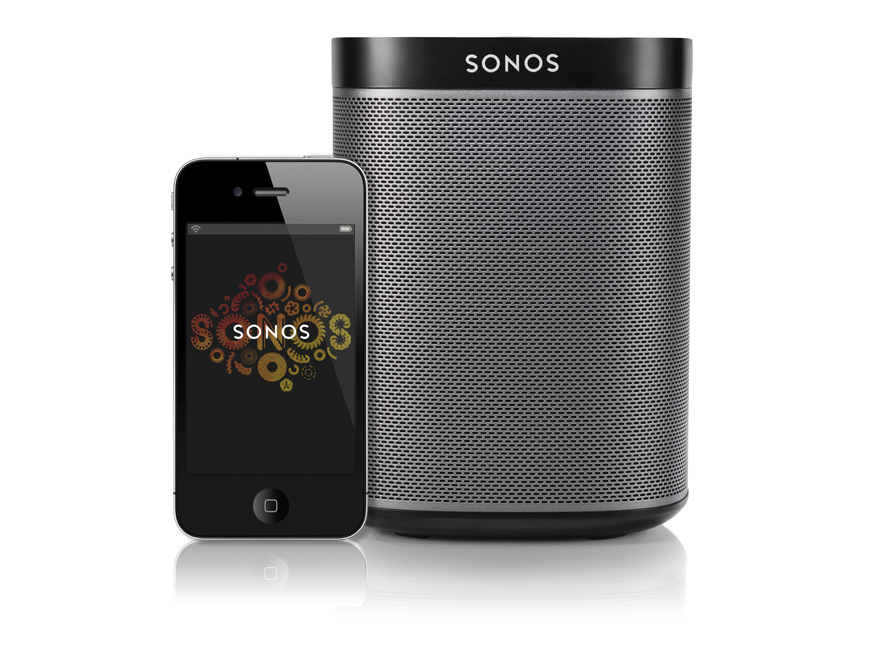 Wireless, then, refers to the actual audio input; SONOS is not yet competing with portable bluetooth speakers such as the Jambox or BOOM Urchin (or any of the dozens of others out there now)—though the category is an area of interest for them—but rather other premium soundsystem offerings. The description boasts that they're rather more portable than hard-wired systems, making them ideal for social settings, and the connectivity is built on a local mesh network, which is presumably more reliable than Apple's Airplay or other wireless transmission protocols. (In fact, I'm getting a spot of feedback buzz from an old/questionable RCA cable as I write this.) 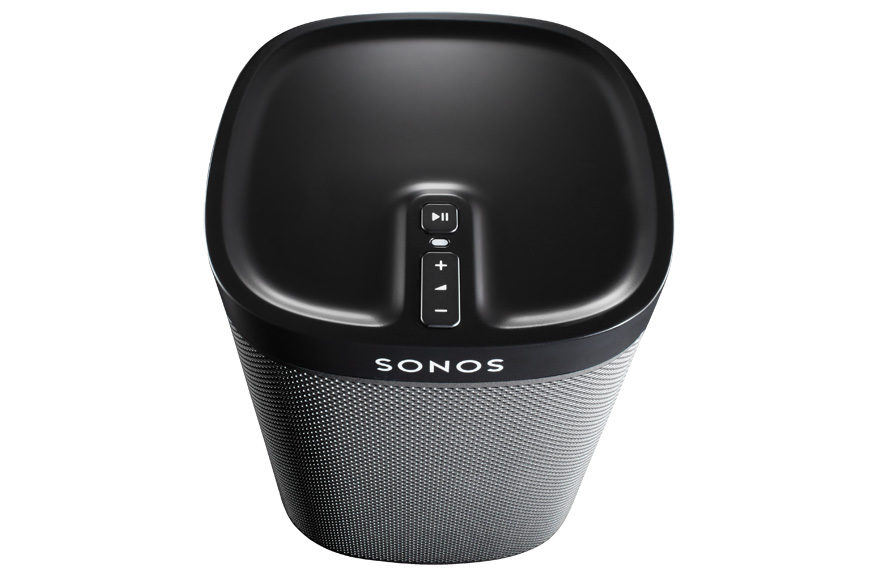 The speaker itself is very nicely executed: the aluminum grill is welded along a single invisible seam at the back, and the speaker somehow feels heavier than the 4 lbs. they're listed at. Upon examining the box, I also noticed that the logo is both a palindrome and an ambigram, and the packaging and branding express premium product at every turn. 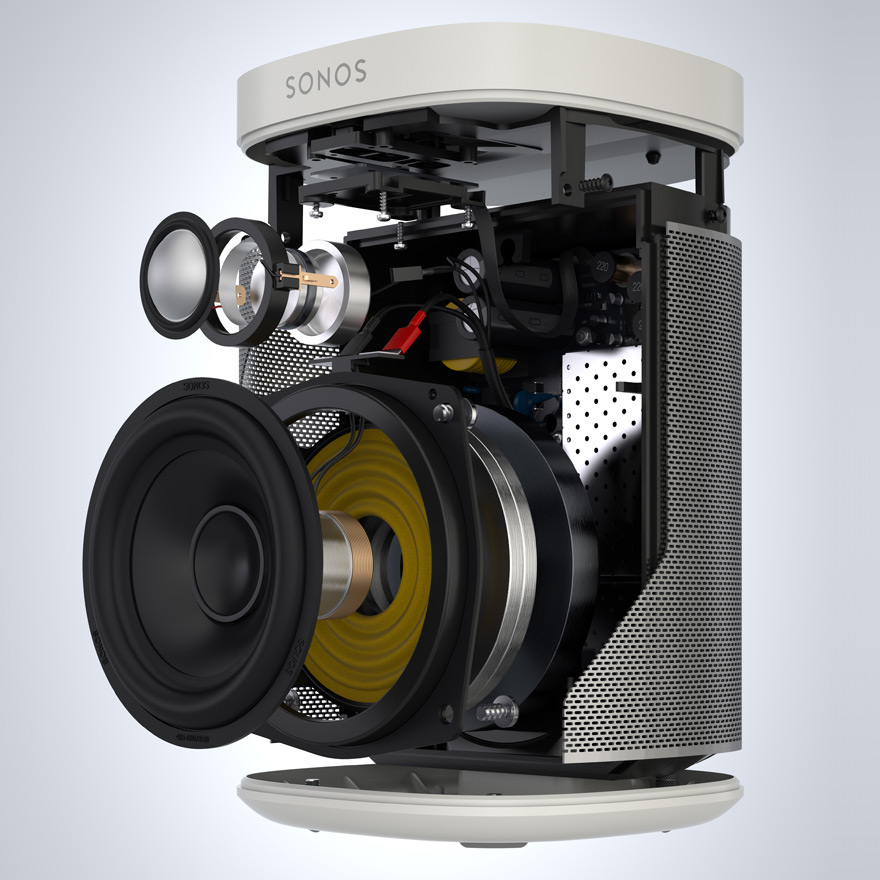 As for the audio quality? I didn't have a chance to truly immerse myself in the aural experience—it was also hard to judge because I didn't recognize many of the generic pop tunes that were blaring on site—but it's certainly better than many lower-tier speakers I've owned. After all, it's billed as a high-fidelity system, worthy of the $199 pricetag (the promotion for the free Bridge, which retails at $49, lasts through the end of the year) for the entry-level PLAY:1.

"PLAY: A Visual Music Experience" opens at SONOS in Los Angeles on November 13. Check out sonos.com for more info.

[Editor's Note: This post has been updated to reflect corrections regarding the expandability, release date, pricing and project credits.]