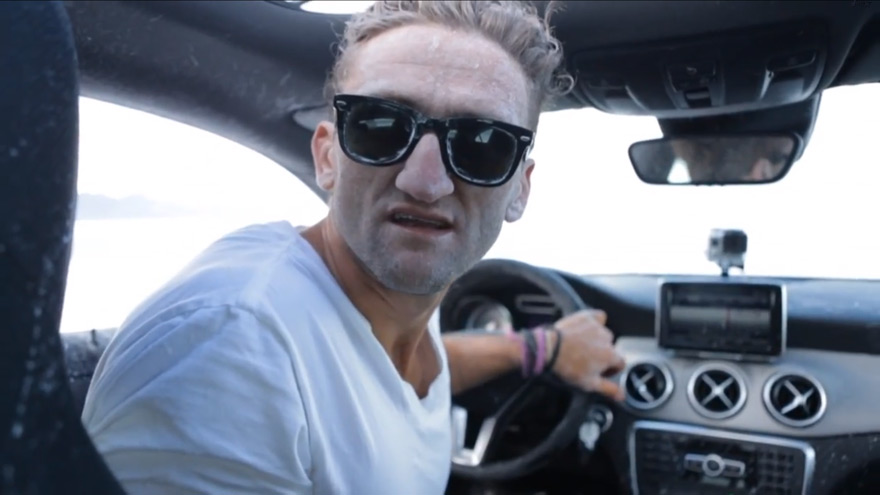 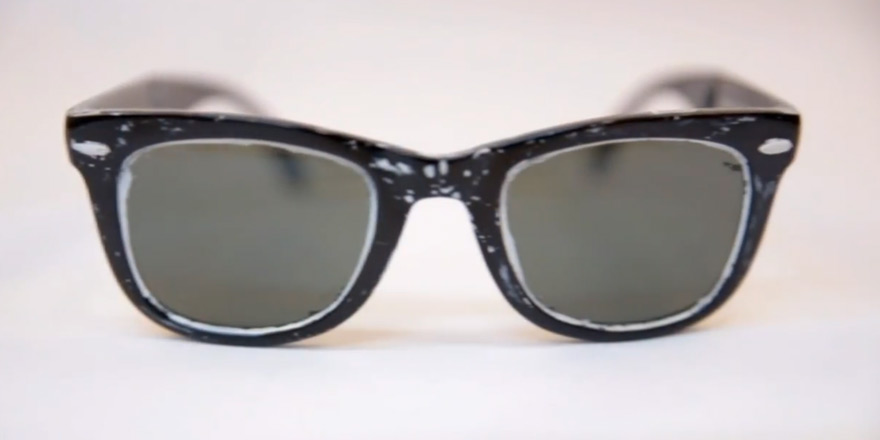 Remember Casey Neistat's car commercial shot on the Bonneville Salt Flats? Then you probably remember the salt-sprayed shades he was wearing. Enough people asked about them that Neistat subsequently did his thing, posting a DIY video on how he replicated the look post-shoot. Watching the ad-hoc way that he bangs these out using commonly-available materials, I felt like I was back in the ID shop at school.

That was back in September. But two days ago Neistat tweeted "Balenciaga just stealing my design and making no apologies," referencing these: 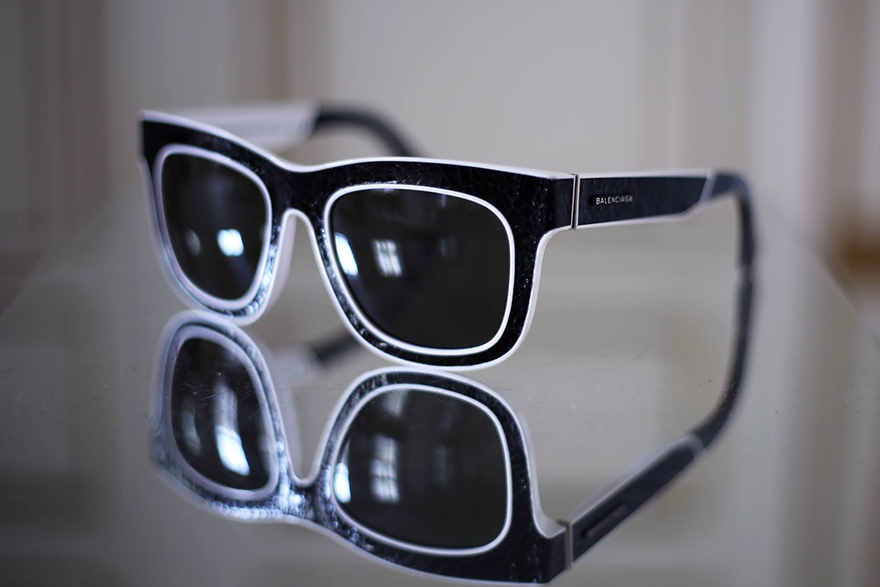 While Balenciaga describes their $675 product as "Crackled effect leather inspired by the marble effect of the fashion show FW1314 pieces," it seems a pretty egregious case of copycatting, no?

"Being on the receiving end of that sucks," Neistat told Beyond the Row. "You feel like all you have for capital are your ideas... When somebody steals your ideas and runs with them like that, it makes you feel powerless."