Factory Floor Brooklyn at Industry City: From Prominent Manufacturing Hub to Pop-Up Marketplace and Back Again 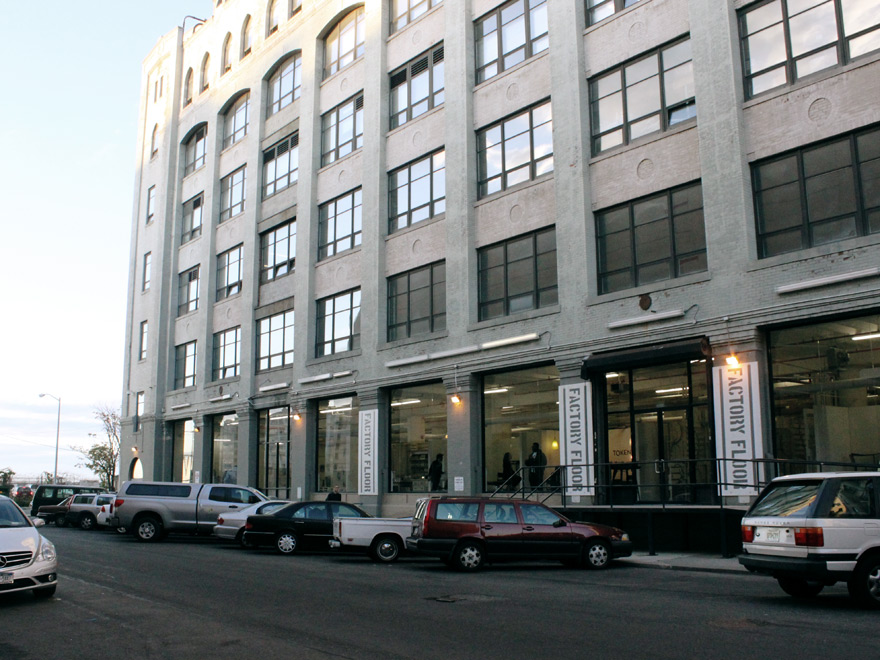 An abridged history of Industry City, f.k.a. Bush Terminal, via Wikipedia: Just as New Amsterdam became New York in the late 17th Century, so too was Jan Bosch's surname anglicized to Bush (no relation to the former presidents) when he arrived from the Netherlands; six generations later, Irving T. Bush invested a sizable inheritance in building a shipping terminal in Sunset Park. The year was 1895, just three years before Brooklyn became part of New York City, when the ambitious plan was dismissed as "Bush's Folly" (again, no relation to W. or H.W.), but Irv quickly made good on his promise of inexpensive shipping and storage compared to that of Manhattan. He employed a ruse—something to do with bales of hay—to convince intransigent transportation authorities to ship to Brooklyn by rail and, by 1910, steamship as well, despite what a scanned encyclopedia article calls "a peculiar prejudice of New Yorkers against any possible business facilities in Brooklyn." 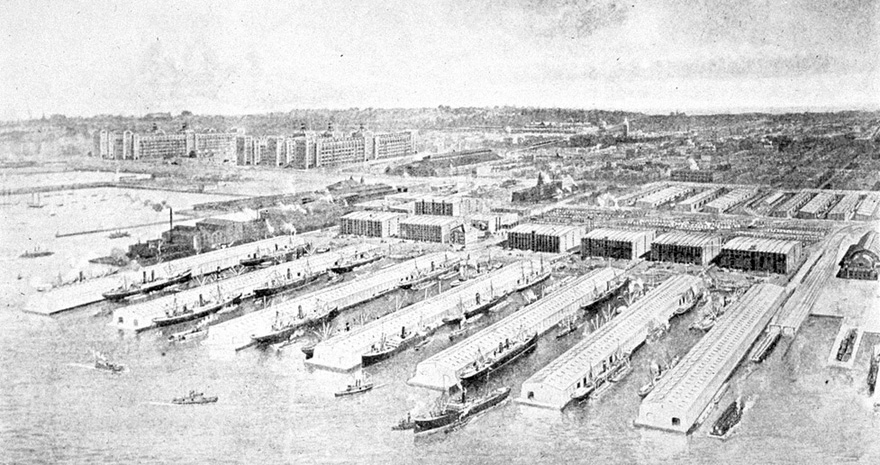 The federal government took to Bush Terminal during both World Wars, but the facilities plateaued and eventually declined in the second half of the century as shipping migrated across the harbor to New Jersey. (The 50's saw the rise of Topps, who produced baseball cards at the Terminal, as well as "what might have been the largest explosion in New York City History.") Industry City, as it was renamed in the 80's, has been relatively quiet (but not dormant) for the past three decades; recent years have seen increased interest from both the City and developers, most notably Jamestown Properties, who own Chelsea Market. Along with a handful of other stakeholders, they're looking to revitalize the sprawling real estate while remaining true to its manufacturing legacy: "Not only was Bush Terminal one of the first and largest integrated cargo and manufacturing sites in the world; it also served as a model for other industrial parks and offered employment to thousands, and is the home of many businesses today."

So that's the short version of Industry City's rich 100+ year history (it also involves lots of bananas—Bush imported them to promote his piers) and a brief introduction to a recent pop-up event that took place there over the past two weekends. We announced Factory Floor with measured optimism about both the venue and the event itself, and it was a success by most accounts. Each of the exhibitor/vendors I spoke to provided a slightly different cocktail, so to speak, of feedback (including the need for more cocktails, or at least beer during the final hours of the show last weekend): Some took the event as a testing ground for potential projects for NYCxDesign come next spring, while others treated it as a deadline to complete works-in-progress. 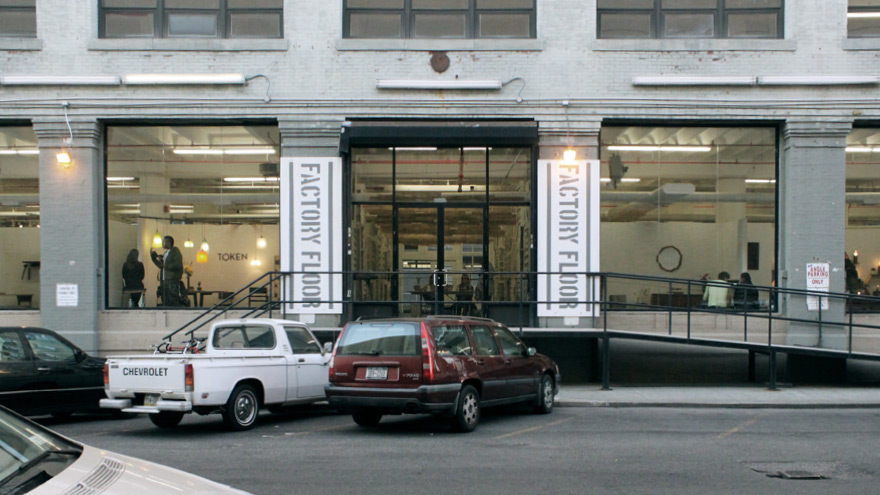 Thankfully, the expectations (and cost of renting a booth) were low enough that everyone—visitors and exhibitors alike—found the unpretentious pop-up to be a worthwhile experience. Although the event was billed as a marketplace, only a few lucky folks were able to unload inventory, and Factory Floor Brooklyn ultimately came across as more of a showroom than a cash-and-carry retail proposition. 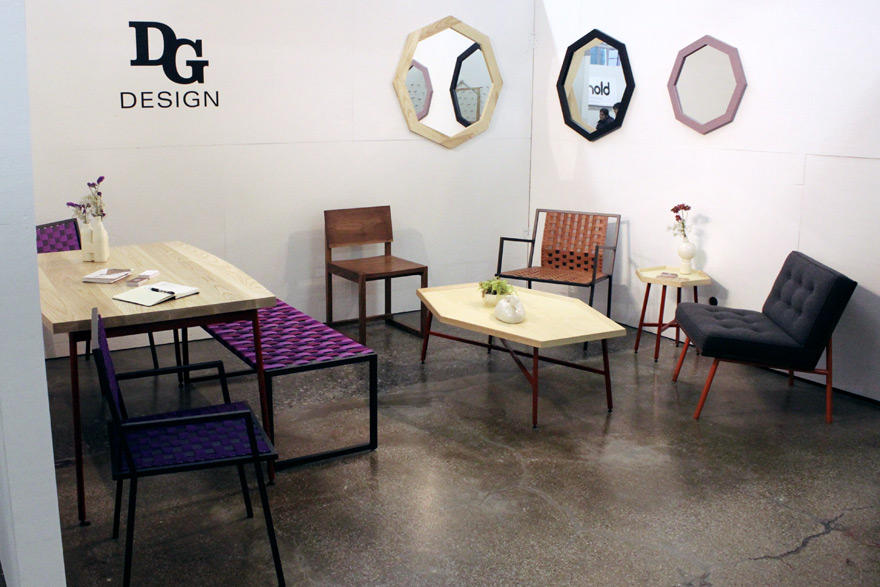 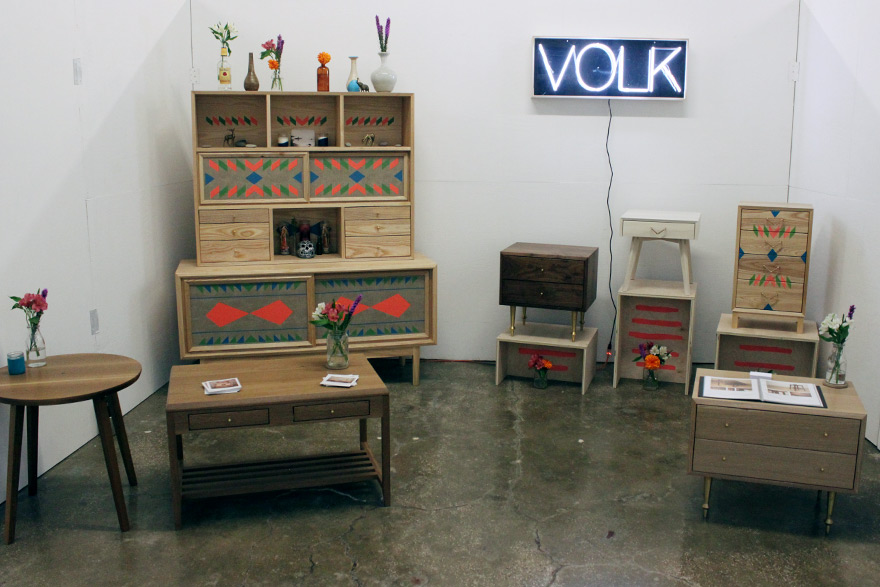 The vendors unanimously expressed some relief that the show was cut short from its original 4–6 week(end) span—as valuable (and necessary) as it is, exhibiting is a huge investment in time and energy on top of regular shop hours, especially for the myriad one-man or woman operations. Colleen & Eric still have day jobs, and Brian Volk-Zimmerman mentioned that he'd rather sell the work on view than add custom orders to his lengthy backlog at this point. 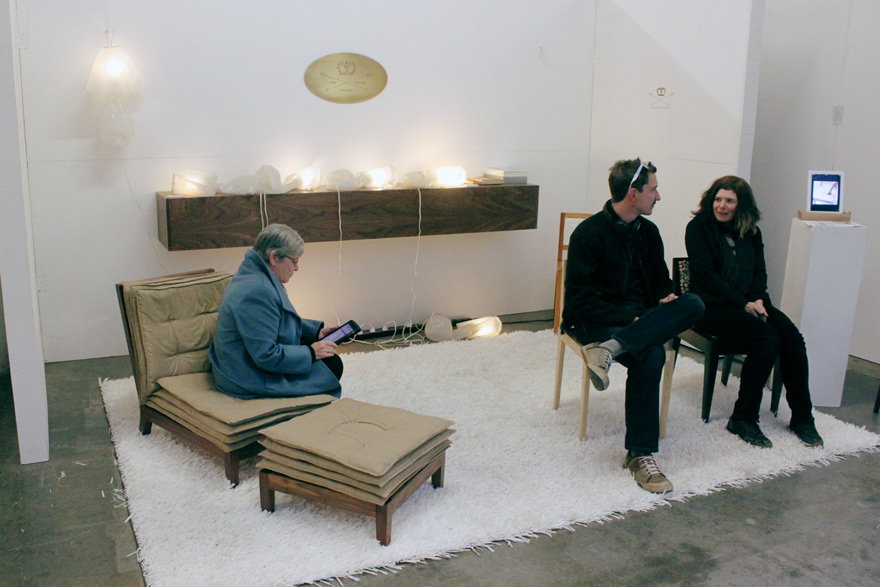 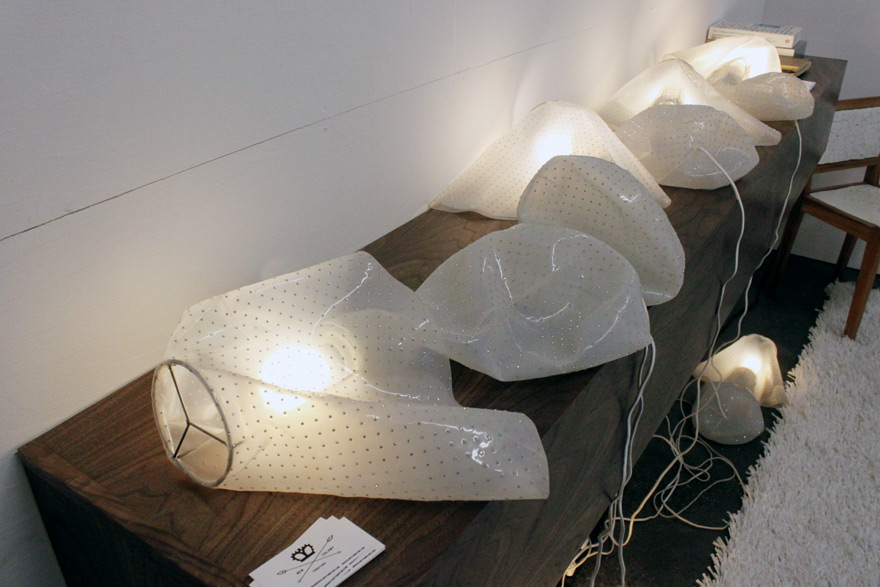 Given the downtime, relative remoteness of the location, and general camaraderie, the designers also seemed glad to have the opportunity to meet their fellow makers (so to speak, of course)—thus, the event doubled as a kind of de facto Brooklyn design community-building event as much as a commercial pop-up. Annie Evelyn, for one, sold several of her floppy, cephalodpod-like "Spineless Lamps"; after explaining that they were made from sheets of a Swarovski crystal-embedded material, she promptly introduced me to newcomer Sawyer DeVuyst in the neighboring booth. DeVuyst skipped the design school route: After apprenticing with a welder in Clinton Hill for a couple of years, he launched his own quasi-eponymous collection at Industry City, his very first show. 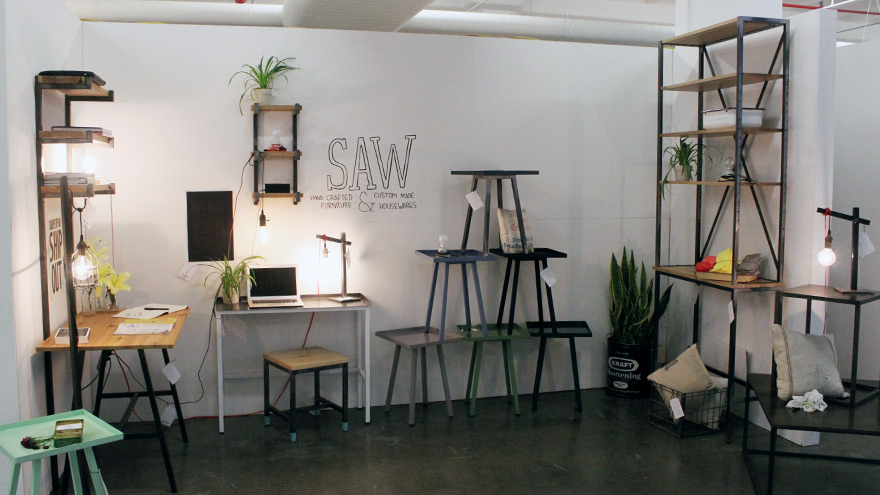 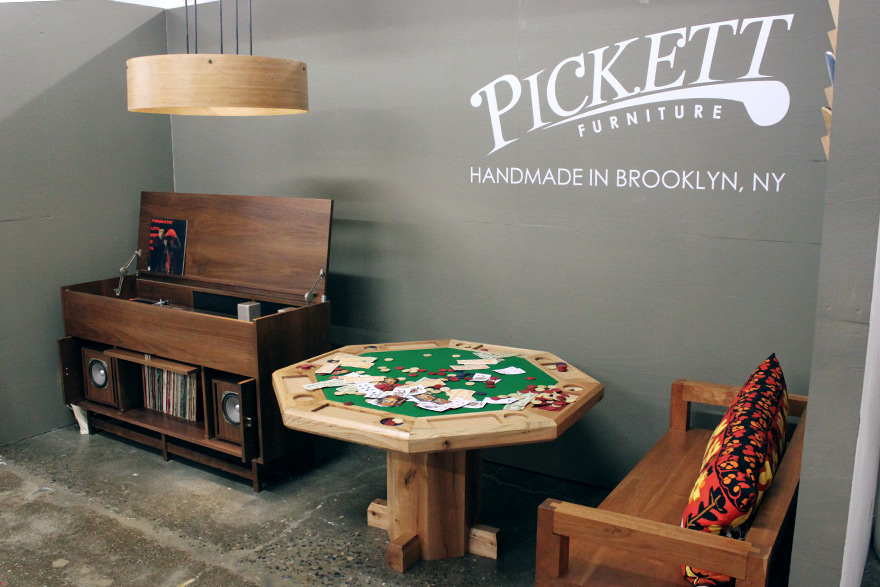 Others, such as Token, Pickett and Volk—all of whom are based in Red Hook, and whom we've covered before—have been making NYC furniture show rounds for several years now. Several of the exhibitors are already thinking about what they'll be doing for NYCxDesign in May, but it's nice to see what they're up to during the other half of the year. 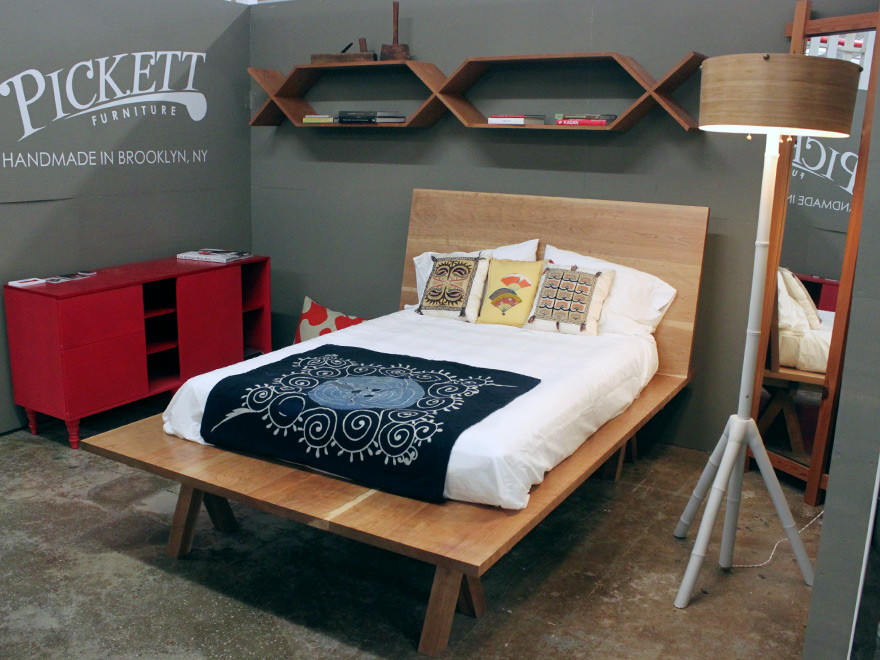 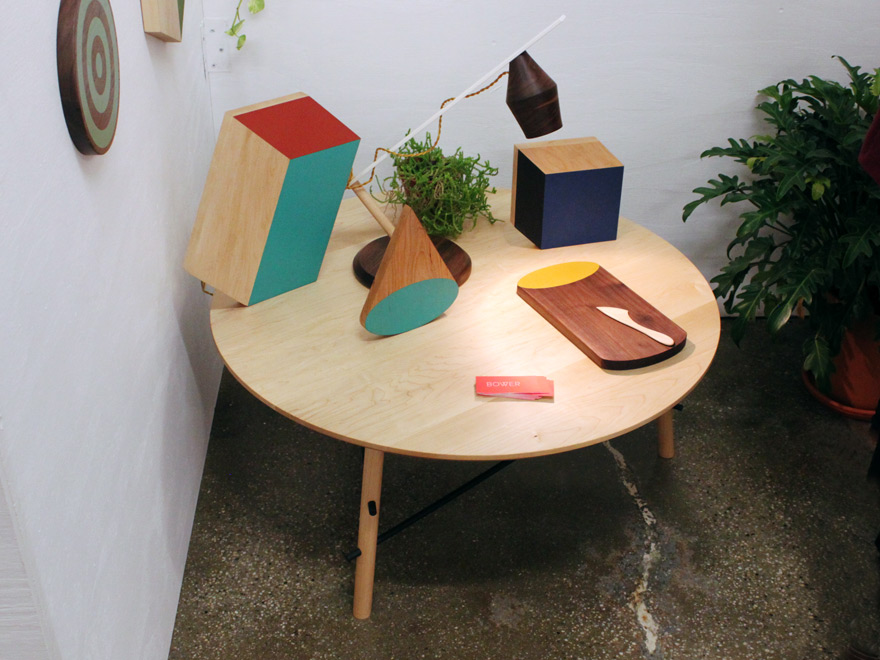 Bower is shopping around these trompe l'oeil cutting boards... 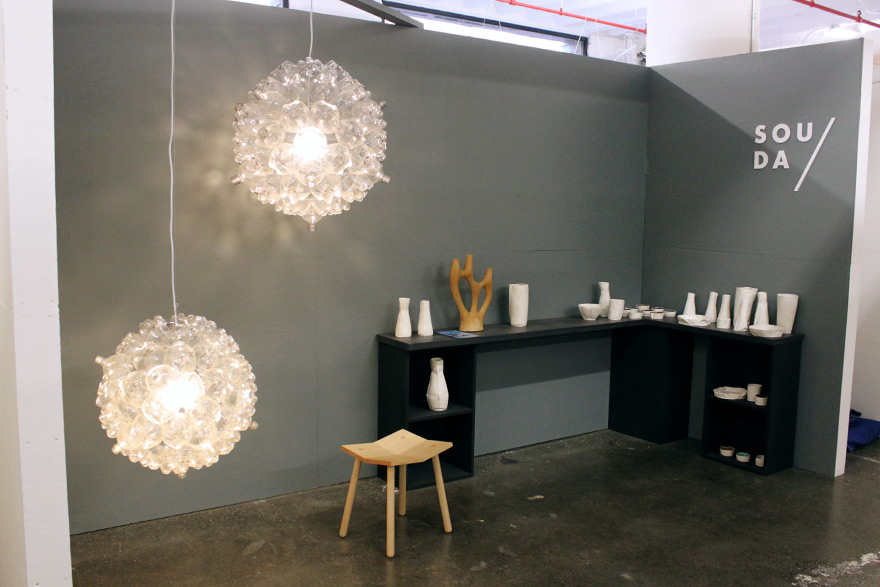 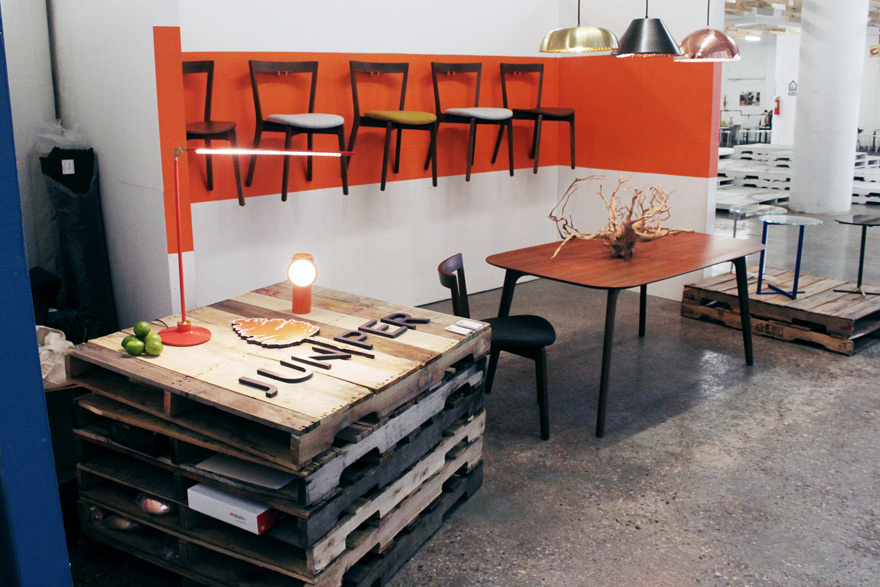 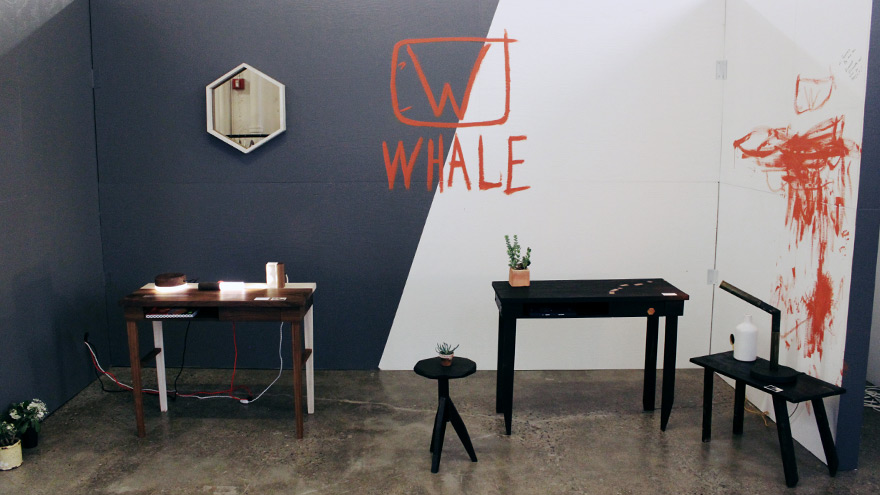 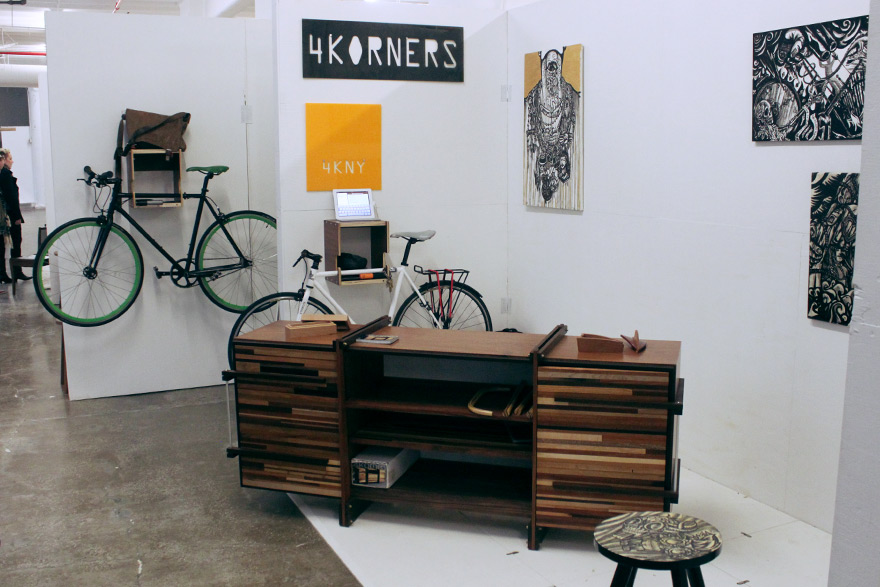 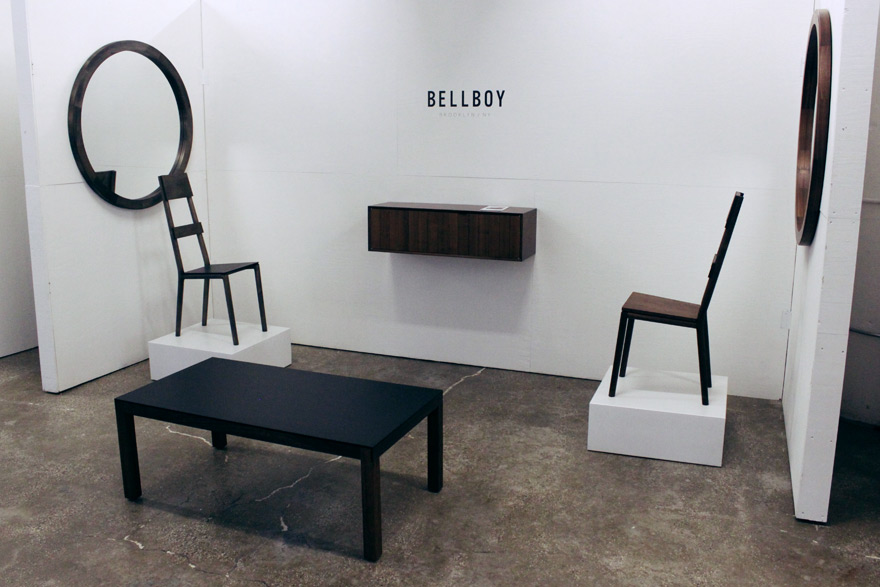 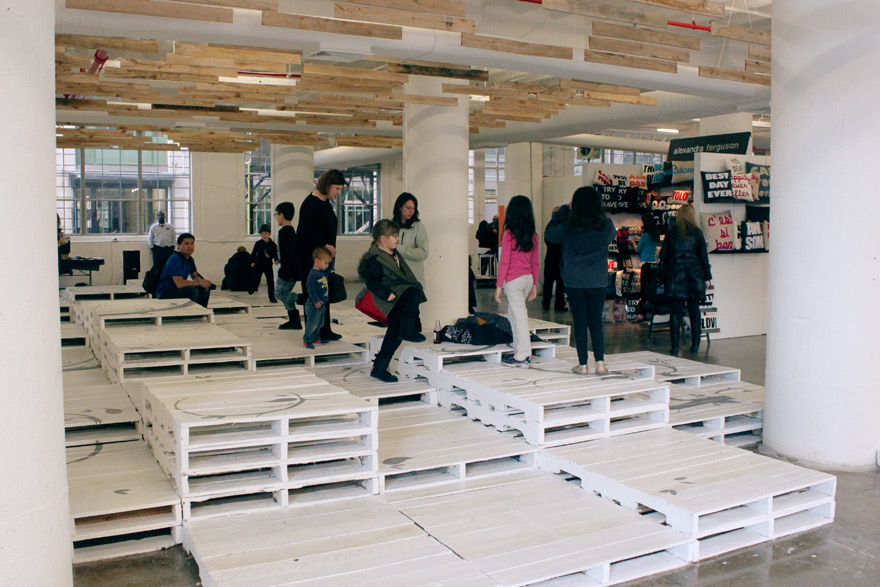 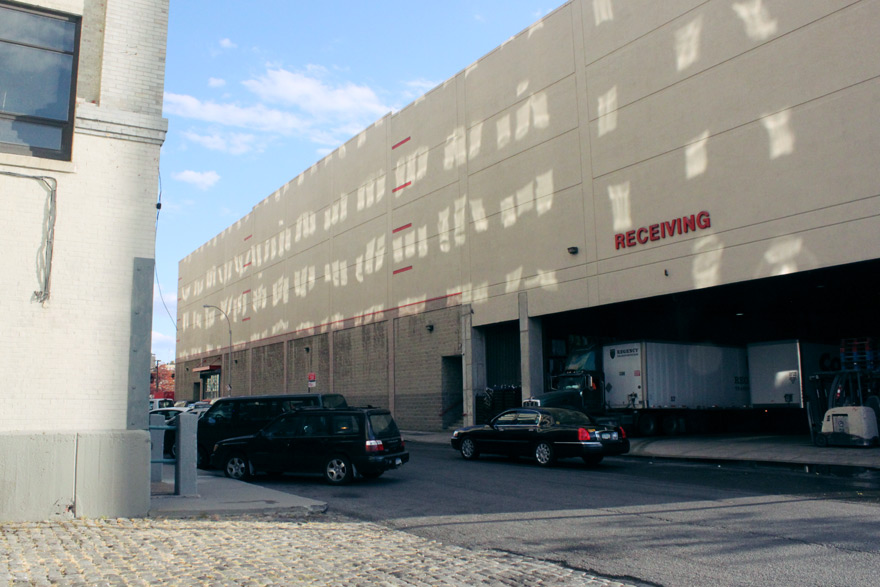 Brooklyn's only Costco is literally across the street 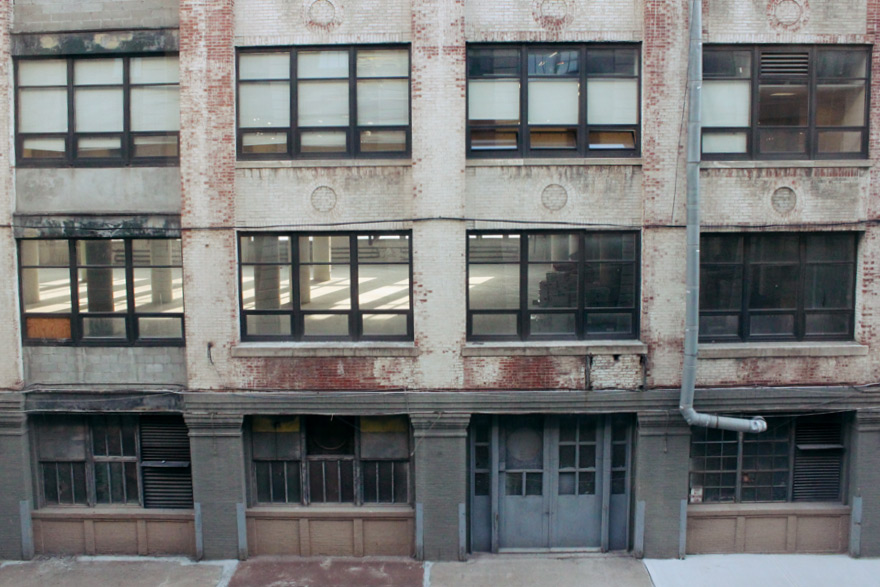 Factory Floor Brooklyn also lived up to its purpose as an excuse to explore Industry City; an adjacent warehouse is hosting a concurrent art fair, "Come Together: Surviving Sandy," through December 15 (it's far less overhead for the galleries and artists, who left the booths unattended). The revitalization of Sunset Park is well underway, but its too soon to tell if it will be succesful; a friend mentioned that occupants who'd been evicted from the studios were protesting outside when he went on the first weekend, but the malcontents were nowhere to be found last weekend. Learn more about Industry City at Bush Terminal here.

Factory Floor Brooklyn at Industry City: From Prominent Manufacturing Hub to Pop-Up Marketplace and Back Again