I am that common breed of DIY jerk that uses sheetrock screws for everything; I'm more handyman than craftsman. Were I the latter, I'd probably have a toolbox full of fasteners by Spax, the Mercedes of screw manufacturers and self-proclaimed "specialist of joining technologies." Spax has been manufacturing fasteners since 1967—its parent company has been for even longer, at nearly two centuries—and makes screws for just about every material you can think of: Softwood, hardwood, treated lumber, MDF, sheetrock, sheet metal. Head styles come in flat head, pan head or washer head, driver styles range from Phillips to Torx to hex-head to what looks like a proprietary take on Pozidrive, and the finishes offered correspond with whether you're using their screws indoors or outdoors. 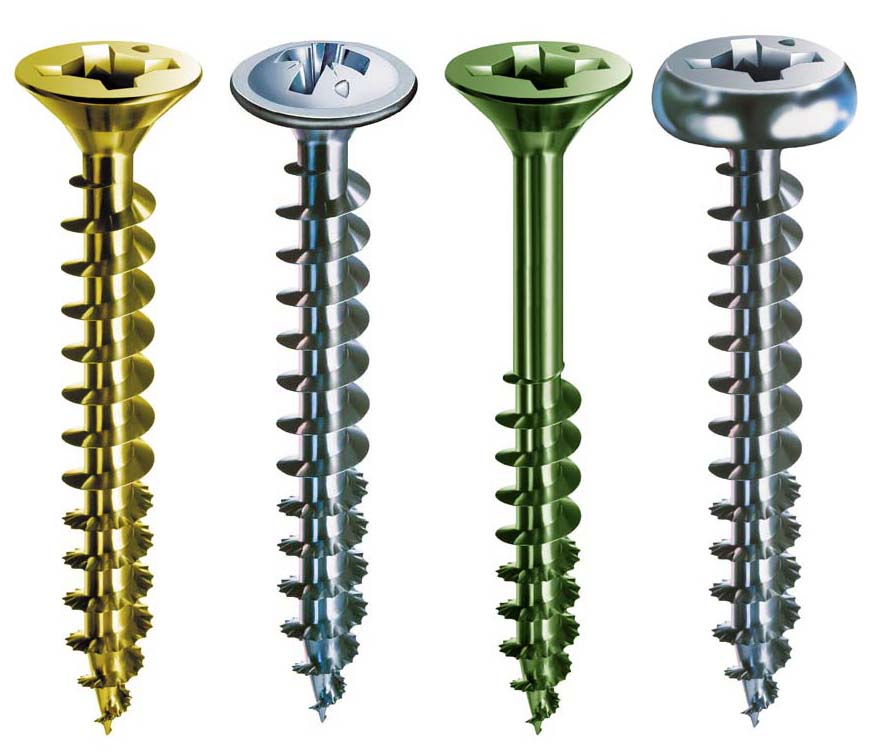 The key innovation of a Spax screw is the wicked-looking serrated edges on the first few coils of the threads. These obviate the need for pre-drilling and preclude splitting, as the serrations cleanly cut into the material rather than shredding it. The serrations also mean the screws require less torque to drive which, for pros who are driving several hundred or thousand of these on a job, will reduce the time spent swapping batteries on your tool.There is a little confusion about where they're manufactured; in this video shot at a tradeshow earlier this year, a Germany-based Spax rep says they're made only in Germany, but the U.S. website says they're also made in Ohio.

In any case, one Spax project that clearly straddles both Germany and the U.S. is their following product demo video, one of the more bizarre I've seen: It features a German builder who looks like Arnold Schwarzeneger's brother who wears a cowboy hat and an earring, and his German narrative has been dubbed with an amusingly bad Southern American accent: