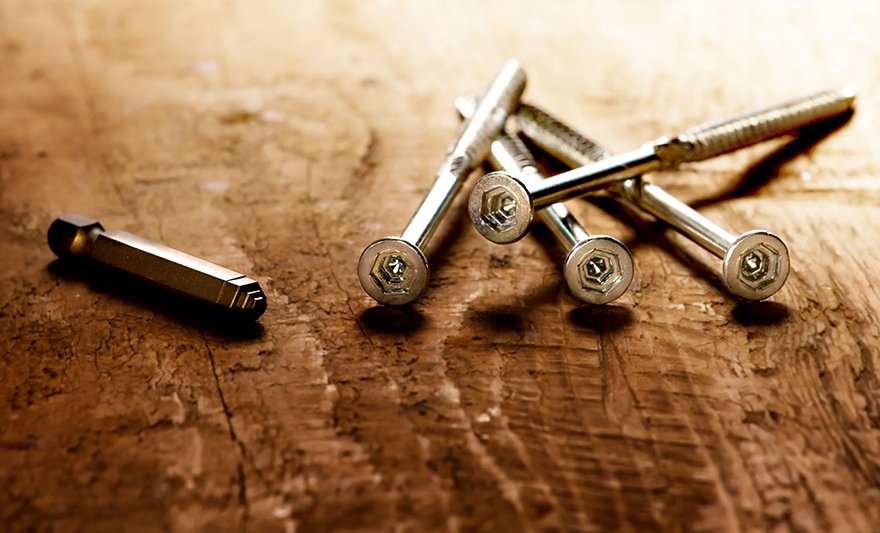 It takes balls to redesign a screw, if you'll pardon my French. The incumbency of standardization is a difficult hurdle to overcome, particularly if you're going to change the screwhead pattern into something new; I don't know anyone who enjoys having to change driver bits from Phillips to #2 Phillips to square-drive to Torx, but different manufacturers' ideas of what shape will drive best without stripping necessitate it.

Still, a team of guys comprised of an industrial designer, a mechanical engineer, a contractor and "some business guys" reckoned they could invent a better deck screw, and having put in two years of development time, they'll shortly be bringing it to market. 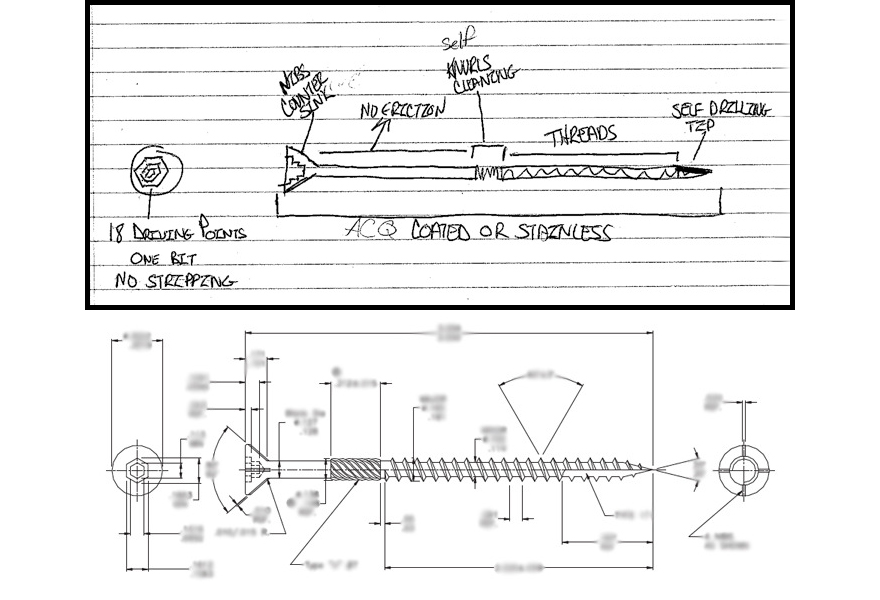 They've named their screw Outlaw, and it's easy to see why: The driver system doesn't look like any you've ever seen. While it's hexagonal, like an Allen key, it's also tiered, which technically provides 18 points of contact between the bit and the screw head. This, they reckon, will make it strip-proof. (I do wonder, though, what the lack of cam-out will do if the screw is accidentally driven in an irresistible-force-meets-immovable-object scenario; will the head break off?) 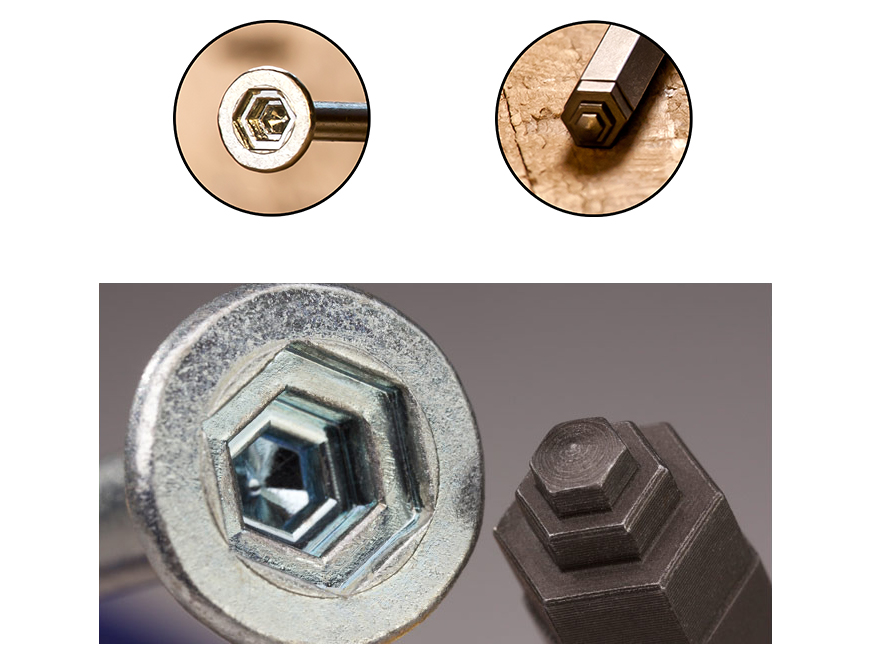 The second benefit of the Outlaw bit/head design is that screws will stay on the driver non-magnetically, like it does with a square-drive set-up, allowing one-handed driving. Maybe I'm just a klutz, but whenever I need to drill one-handed with a conventional Phillips-head screw-—usually when I'm up on a ladder and have to stretch—that's always when the screw comes unseated from the bit and dangles from it magnetically at a weird angle, which is almost more irritating than if it would just fall off.Aside from the unusual head, the Outlaw team has also added a knurled section in the center of the screw, meant to catch inside the outermost material you're fastening. This is designed to prevent "jacking," that thing that happens when the outermost board starts moving towards you and away from the thing you're trying to fasten it to as you're nearly finished driving the screw. 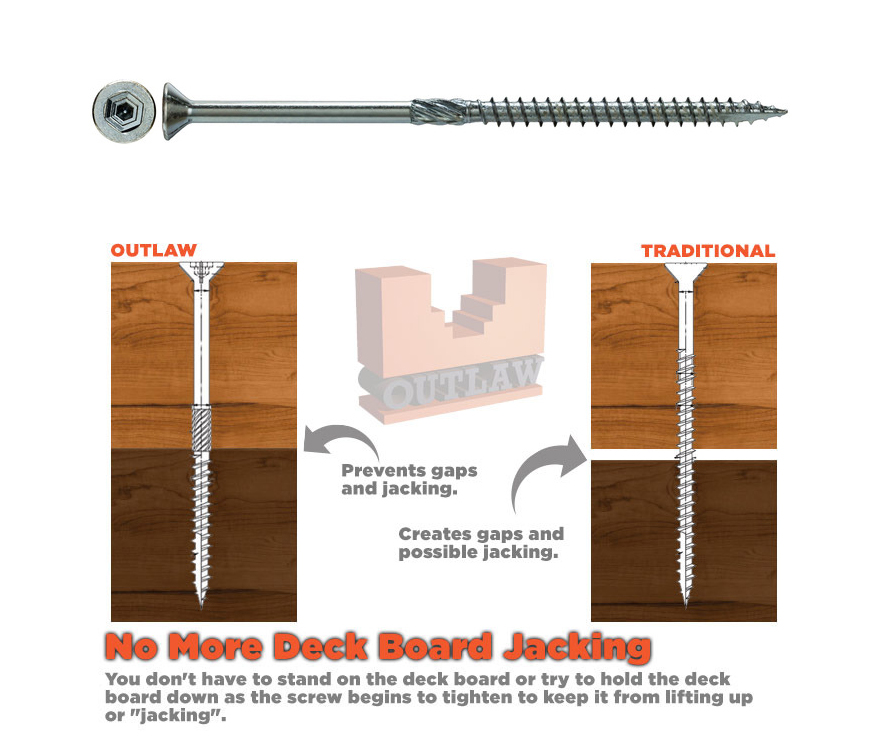 The tip of the screw is self-tapping. Unlike Spax's wild-looking serrated-threads approach, they've opted for the same treatment you'd see on a Kreg screw, where half of the tip is sheared off longitudinally.

In order to be able to afford to mass-produce their screws, the Outlaw team needed to have guaranteed sales of 10,000 50-pound boxes. They started a Kickstarter campaign, and this week they hit the end of the funding period-—reaching their $100,000 target with nine large to spare. They're anticipating a 2014 Q1 shipping date.

While the Kickstarter campaign is over, the pitch video they produced for it gives you a informative look at their design. Not sure who the video production team was, but they're definitely observers of the Men's Shave Club style: