The design process is such a wacky, open-source process that it's easy to get lost in the creativity and excitement of a new idea and forgo the basics. But—as we all know—they're called basics for a reason. Recently, we've seen designers bring their design processes to a new environment in an attempt to bring their ideas to the top—the classroom... but not as students.

Professors are bringing their own projects-in-progress to the students in an attempt to educate on the importance of the design process. As we investigated with Kickstarter's role in Bruce Tharp's entrepreneurial industrial design course and his project, the "Cut Once" ruler, it's obvious that professors are also picking up a thing or two when it comes to revisiting the basics of the design process. 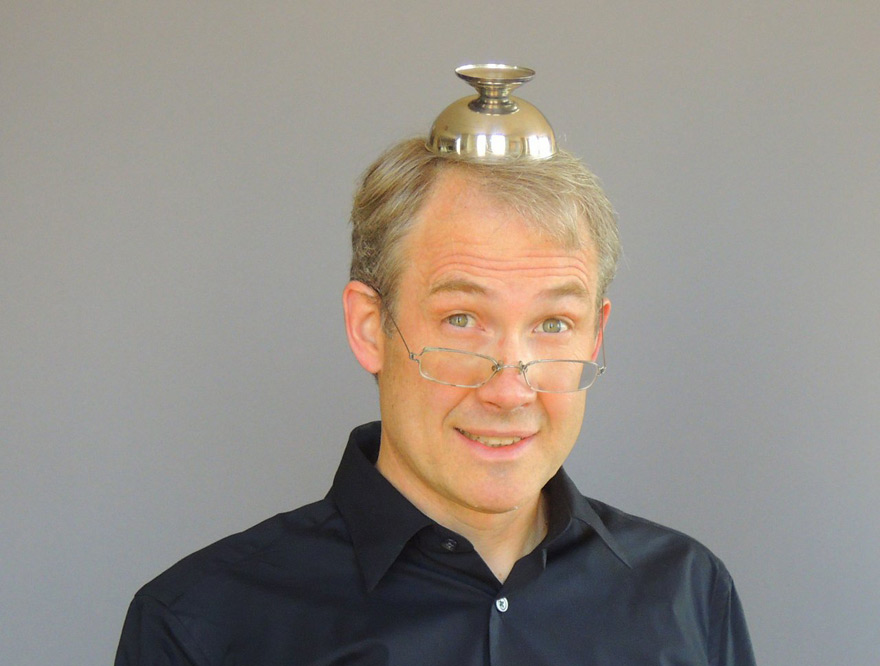 Now, Karl Ulrich, Vice Dean of Innovation at the University of Pennsylvania's Wharton School who has been teaching product design courses for 25 years, has a hands-on classroom experience has a massively open online course (MOOC) to thank for his newest design: Belle-V, the newest addition to the long line of ice cream scoop evolutions. Designed in collaboration with Lunar, Ulrich has developed a scoop that's righty/lefty friendly—and easy on the eyes.

Ulrich just might know everything there is to know about ice cream scoops. Not just modern designs, but the ones dating back centuries, too. In his free Cousera class, "Design: Creation of Artifacts in Society," the ice cream scoop takes the leading role. By beginning with the history of the scoop, Ulrich steps students through a guided micro tour of the design process while bringing in other more macro themes throughout the journey. But the obvious question is, why the ice cream scoop? And how did a whole new evolution of the age-old tool come from teaching the course? Ulrich explains:

I picked the example because it was simple and intuitive. However, in about the second week of the course, I realized that I had set myself up to actually create a better scoop. That's quite a challenge given that scoops have probably been around for hundreds of years. Having said that, by forcing myself to follow the disciplined process I was teaching, I hope I was able to realize a better outcome than I might have otherwise. 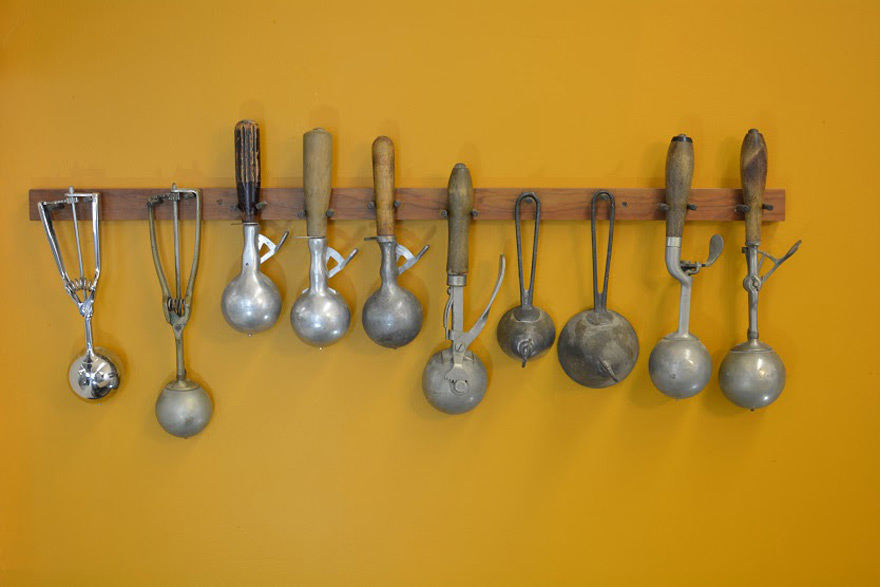 Over 60,000 students from 180 different countries joined in for Ulrich's course last year. And they all had a role in the Ulrich's finished scoop: "I think the little bit of drama about what kind of scoop would result added some excitement to the course—it certainly put some pressure on me," he says. 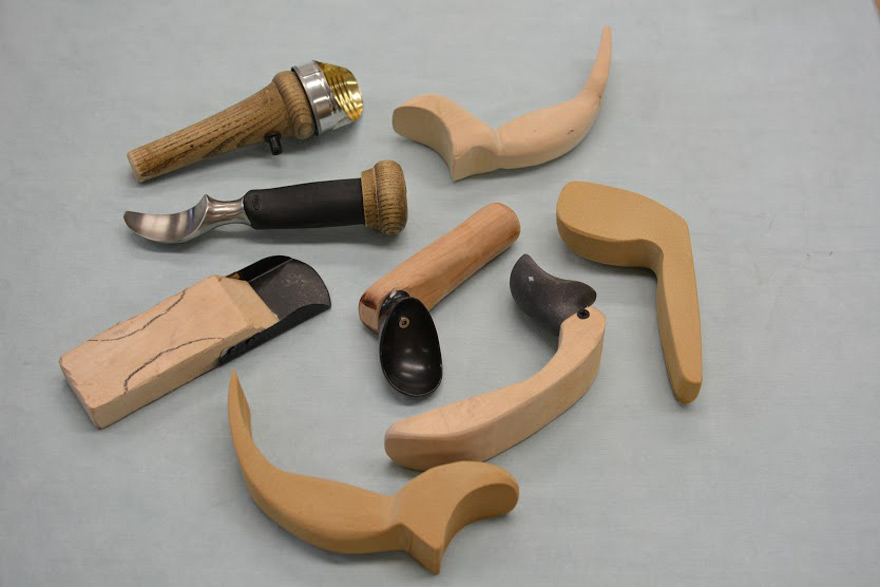 Ulrich didn't go into the course with a plan to create a whole new ice cream scoop design. "It's funny that I've collected scoops for so long, but never really thought of designing my own," he says. It wasn't until the eighth week of the course that the idea dawned on him. "I was literally looking around the shop for a good example to use in the course, when I saw my scoop collection and thought of using the scoop as the key example in the course," Ulrich says. "When I started, I was definitely not thinking about creating a new commercial product. However, by the end of the eight weeks of teaching, it dawned on me that the natural conclusion of the course would be to produce the scoop commercially."

Of course, the rest of the process doesn't come as easily, a point that Ulrich makes sure to stress this in his lectures:

My main message for new designers is that the secret to excellent design is excellent process. You can break the challenge down into (a) defining the problem, (b) exploring for alternatives, and (c) selecting a plan. I've been a designer my whole life and what other people input to talent may in fact be more the result of being quite methodical in applying design process. That's the important lesson for my students. Breaking the overall problem down into pieces definitely makes a design challenge less overwhelming. 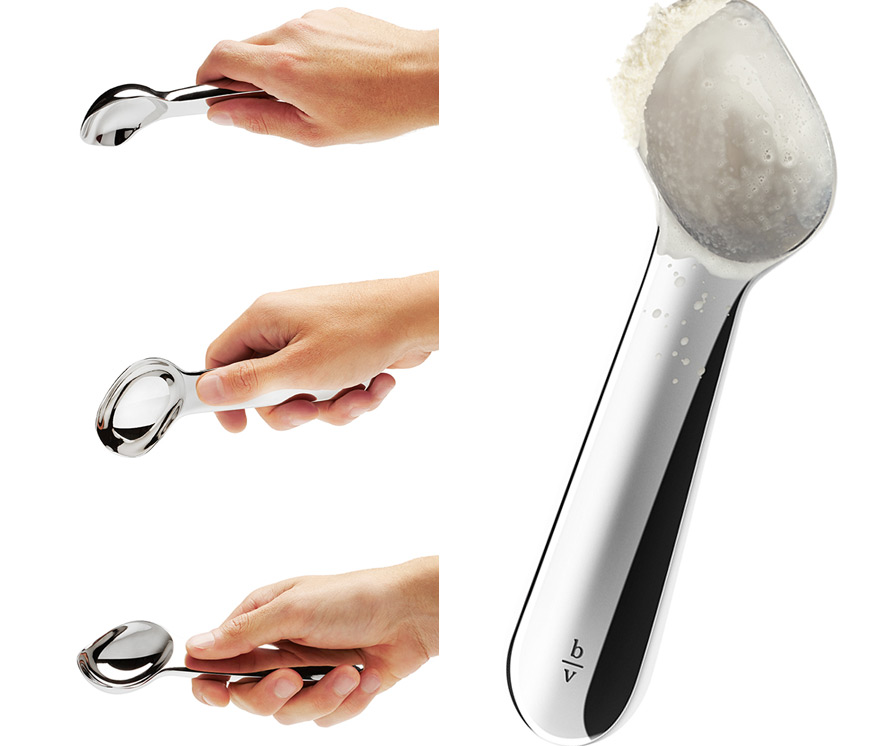 With help from Lunar Design, he was able to create a completely ergonomic scoop that anyone can use comfortably. But he's sure someone will come along and top his design—eventually. "One of the lessons I teach early in the course is that artifacts evolve over decades and even centuries," he says. "I have no doubt that someone else will do an even better job in the future. But for now, I think we hit this problem pretty hard."

Check out Belle-V on Kickstarter here.