J Mays is Retiring! A Look at Our Favorite Mays Concepts 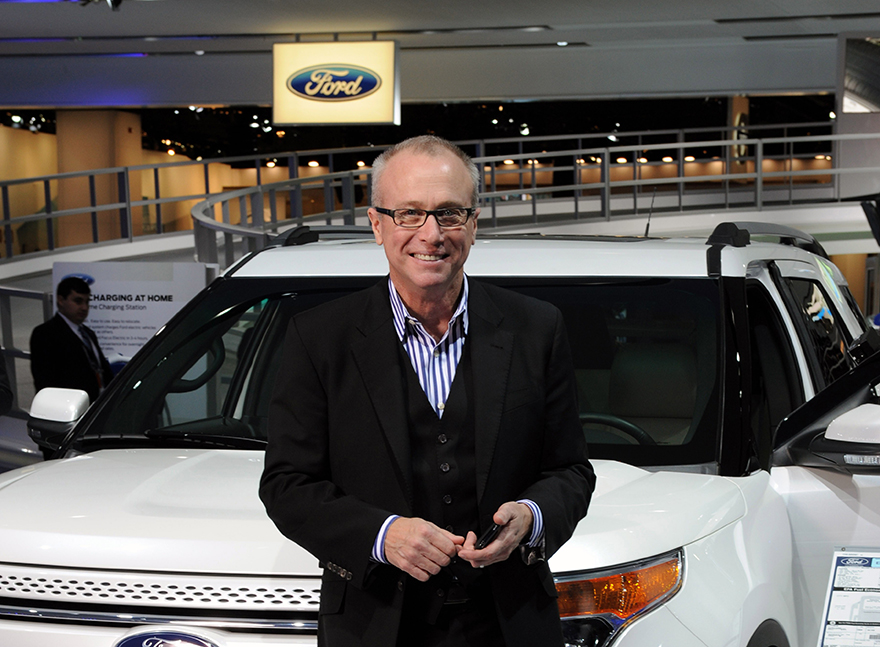 In what can only be considered a blow to the field of automotive design, yesterday Ford announced the pending retirement of J Mays amidst a management shake-up (our words, not theirs) at the company. Group Vice President and Chief Creative Officer of Design Mays will place his pencils in the can for the last time on January 1st, the last day of his 33-year career. (Interestingly enough, it was also revealed yesterday—this time by Reuters—that Ford CEO Alan Mulally is on the shortlist at Microsoft to replace Steve Ballmer as CEO. Whether these two things are linked will presumably become the source of much speculation.)

J Mays is a man we've covered plenty of times before, going all the way back to the inception of this blog, when he was fresh off of VW and Audi and a relatively recent addition to Ford. In the '90s and early 2000s the Art Center alumnus revitalized the VW Bug and brought back the Ford T-Bird at a time when retro seemed like something interesting to try, rather than returning to the well after the taps had been depleted. Most recently he's had his fingerprints on Ford's F-150, Fiesta, Focus, Fusion, forthcoming Falcon, and even two cars that don't begin with "F," the Mustang and the Taurus.

Ford cannot help but miss him; never mind his production work—during his 16-year tenure, his concept work alone shows a man who never settled into a staid bag of tricks, but instead continued to innovate and jump between different styles as it pertained to each project. And while we'll continue to see roadgoing cars that he's worked on long after he's retired, we thought we'd take a look at the awesome-looking never-rans, our favorite J Mays concepts from his time at Dearborn: 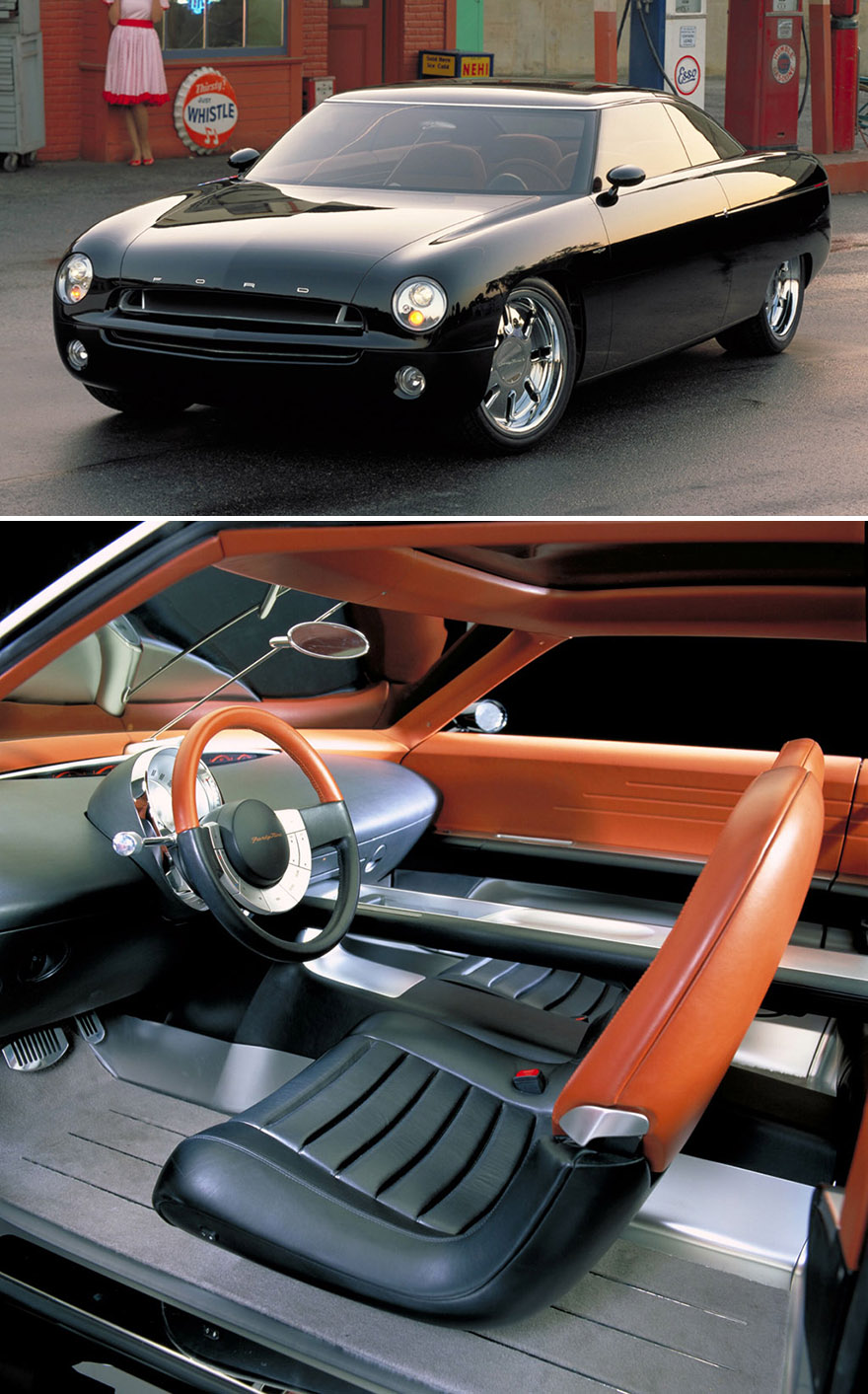 The Forty Nine was a gorgeous exercise in minimalism. The glass-roofed car had four bucket seats, no bench, referencing the firmer support needed in a car powered by a 32-valve V-8. The name references Ford's classic 1949 model offering, a then-forward-looking model that had clean, slab-like sides (no protruding fenders, like the '48). The concept and the original both have that slippery used-bar-of-soap aesthetic. 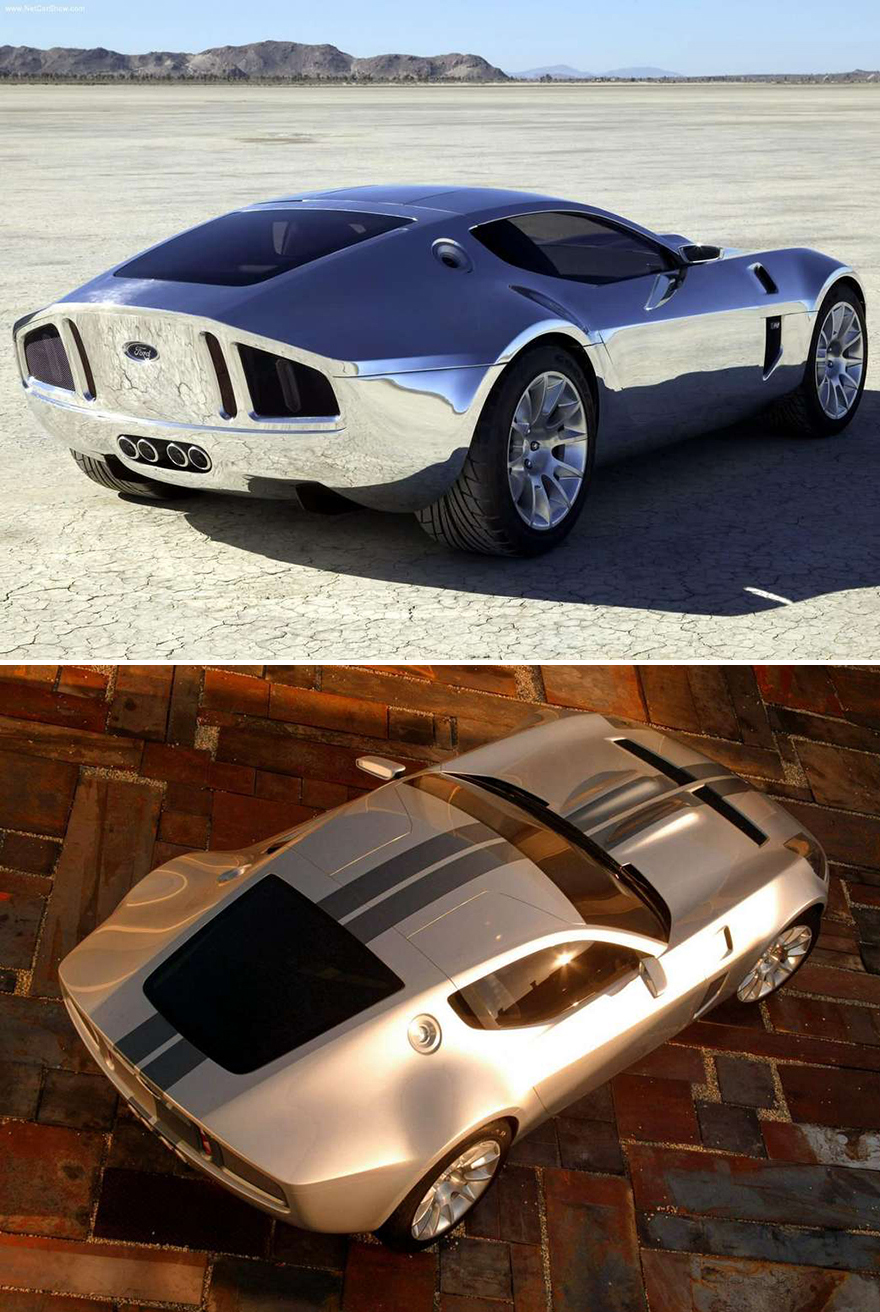 This bad-ass fastback, which recalled the fabled GT40 Ford once produced and the Pantera it once powered, was a project by designer George Saridakis that was shepherded forward by Mays. While he did not design the car outright, without his patronage this mirror-finish beast never would have caused the stir it did in the automotive community. Sadly, it was considered too radical for production. 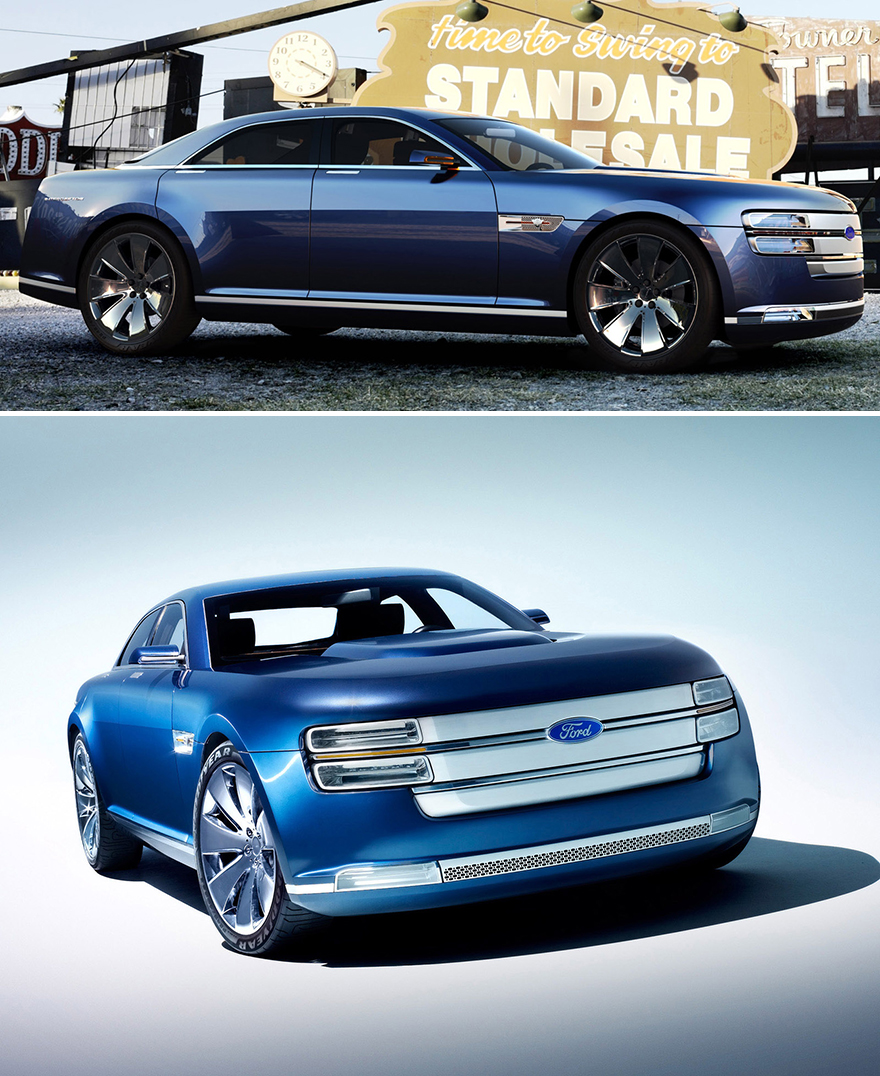 As Ford's venerable Crown Vic was retired by police departments nationwide, the company answered with the Interceptor concept. It was described as being "Much like a Marine in dress uniform. He looks smart and elegant but you can see the raw power that lies beneath," and while the car was intended to replace the police package Crown Vic, the Taurus was instead tapped to fill those shoes. 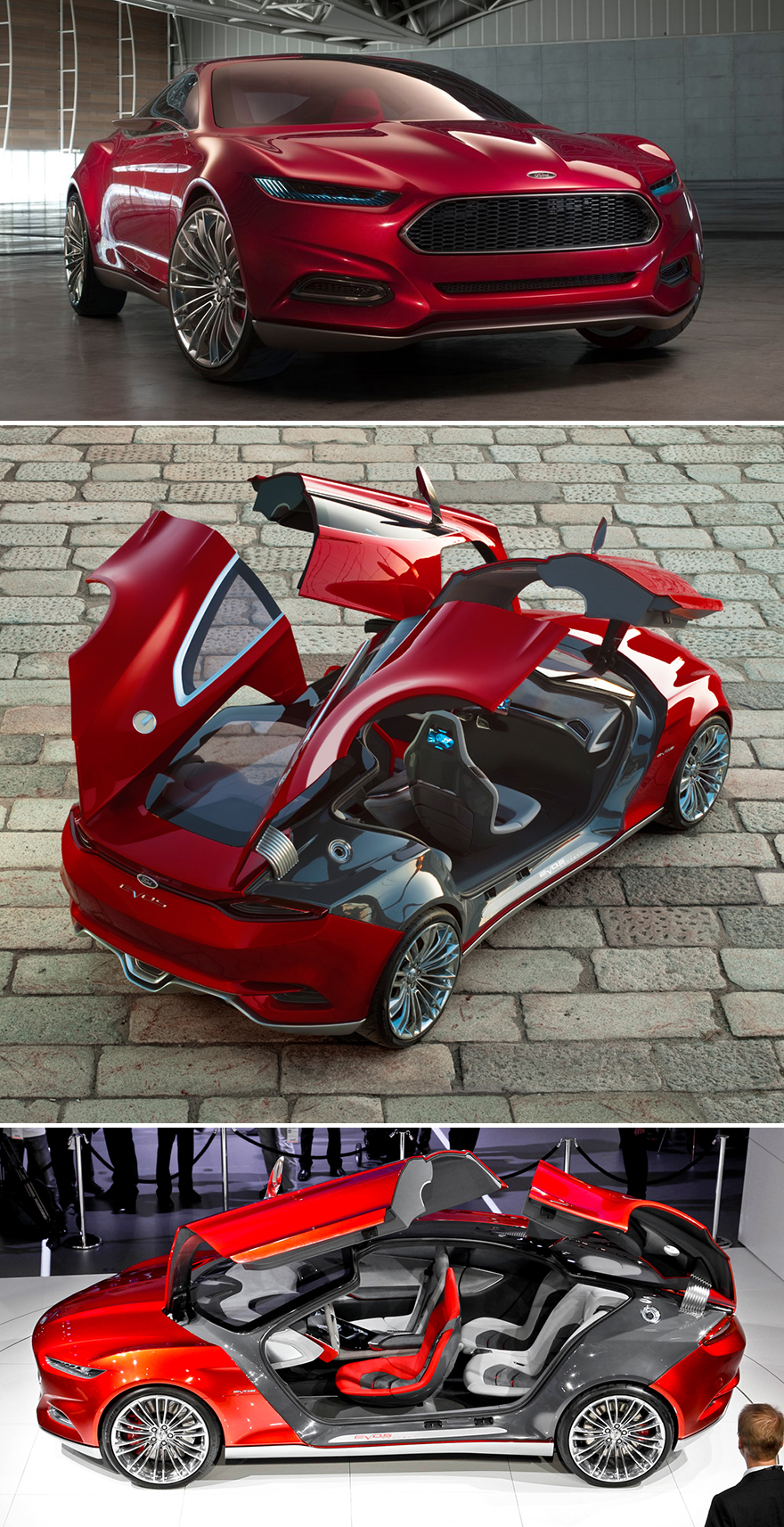 Ford referred to Mays as the "driving force" behind the Evos concept, though it was technically designed by Stefan Lamm under the supervision of Ford Europe's design chief Martin Smith. Though it's called a coupe, the Evos has four crazy-ass gullwing doors, the rear two of which practically double as fenders. Again, too radical for production, though the concept's "design DNA provides a clear direction for a whole new generation of models," in Mays' words. 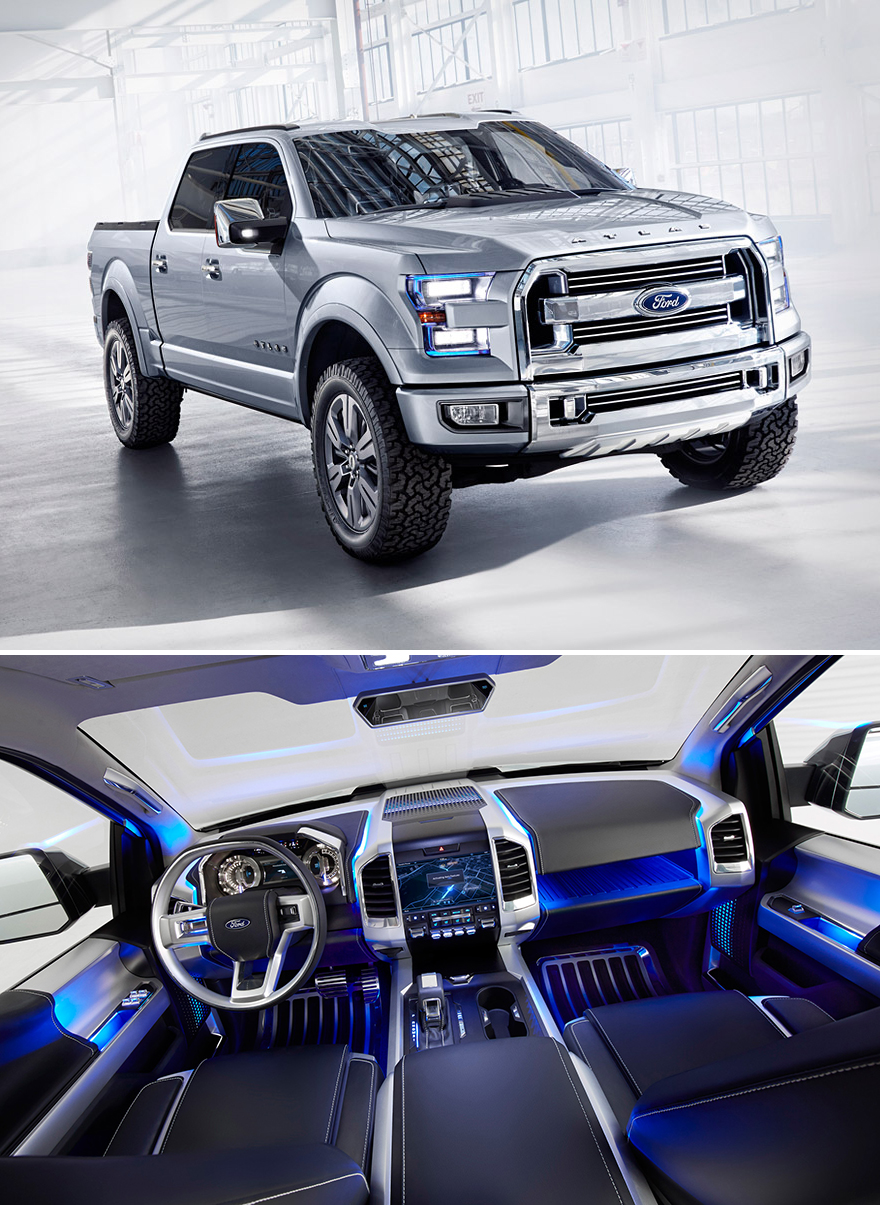 It's no secret that this full-sized pickup concept is widely thought to be the 2015 F-150, which has held the title of best-selling vehicle in America for decades. Mays has succeeded in making an already tough-looking truck look even more rugged, with its imposing grill and bulging wheel arches; yet the Atlas is nearly 700 pounds lighter than its predecessor due to the extensive use of aluminum. It's got a glass roof, an illuminated cargo bed and standard 110-volt outlets for charging power tools and the like.

Succeeding Mays will be designer Moray Callum, who steps up from Americas to Global.