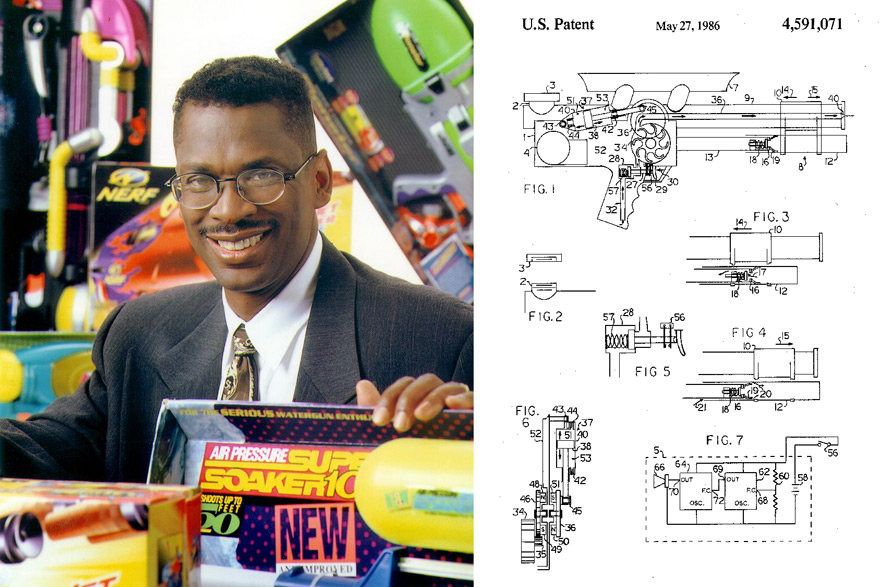 You couldn't make it up: According to a 2001 Times article, aerospace engineer was Lonnie G. Johnson had been working on technology for a $1.6 billion-dollar spacecraft when he accidentally discovered a children's toy that is now his claim to fame. Tasked with "preparing an interplanetary spacecraft for its atomic battery" at his day job, he was working on a side project at home one night when he turned on a faucet hooked up to one end of a "prototype cooling device" with a metal nozzle. "'I turned and shot into the bathtub,' he recalled. The blast was so powerful that the whoosh of accompanying air set the bathroom curtains flying. 'I said to myself, Jeez, this would make a great water gun.'"

Indeed: Johnson had just created the precursor to the Super Soaker, which has since generated a over $1 billion in sales for Larami, now owned by Hasbro. He made headlines yesterday for winning 7.3% of that sum in his claim against the RI-based toy company, a handsome purse for a deserving beneficiary who would be an immensely successful engineer and inventor even without a mainstream claim to fame.

Via CNBC; video below

Hailing from Mobile, Ala., Johnson (b. 1949) took to math and science at an early age, eventually taking first place in a science fair as a high school senior and earning several scholarships. Upon completing his master's degree in nuclear engineering at Atlanta's Tuskegee University, the born-and-raised Southerner spent his late 20's moving westward, young family in tow, including a stint in Albuquerque before he ended up in Pasadena, working for the Air Force and the Jet Propulsion Laboratory respectively. By day, Johnson was responsible for integrating the nuclear power plant in the Galileo; by night, his DIY experiments nearly cost him his marriage... until, of course, that fateful evening in 1982.Mr. Johnson was tinkering with parts for [a cooling device that ran on water instead of Freon] when he experienced his squirt-gun eureka. He built a prototype for his 6-year-old daughter, and rave reviews from around the neighborhood convinced him that it had commercial potential.

For decades, the science of squirt guns was simple: pulling a trigger forced water in a small chamber out through a narrow opening. That principle has worked not only for water pistols but also for dispensers of perfumes, window cleaners and other household products.

Mr. Johnson's squirt gun was different. Most important, it abandoned the small water pump and made it possible to employ much more than the energy of a single finger squeeze. Instead, a child drove a large air pump repeatedly, with each stroke adding more air to produce greater compression and store more energy.

"A small kid would not have enough strength to create the level of force needed to make the gun shoot a long way," he recalled. "So I had to put the energy in a little bit at a time."

Repeated pump strokes sent air into a strong chamber filled with water. The pressure grew and grew, until a pull on the trigger unleashed torrents.

Johnson filed the original patent the following year, a week after his 34th birthday, but it took another six years for him to get the toy into the hands of squirt-gun purveyors Larami, at a trade show in New York City. The company, since bought out by Hasbro, introduced the Super Soaker in late 1989—read the rest of the iterative tale here—and Johnson had reportedly earned some $20 million from what was a billion-dollar invention by 2010 (when CNBC reported on him, below).

Set for life though he may be, he wasn't quite swimming in the windfall—at least not according to Super Soaker's slogan, "wetter is better." As of last Friday, Hasbro has compensated Johnson for basing its products "on the appearance of products that are manufactured using technology licensed from Johnson Research." 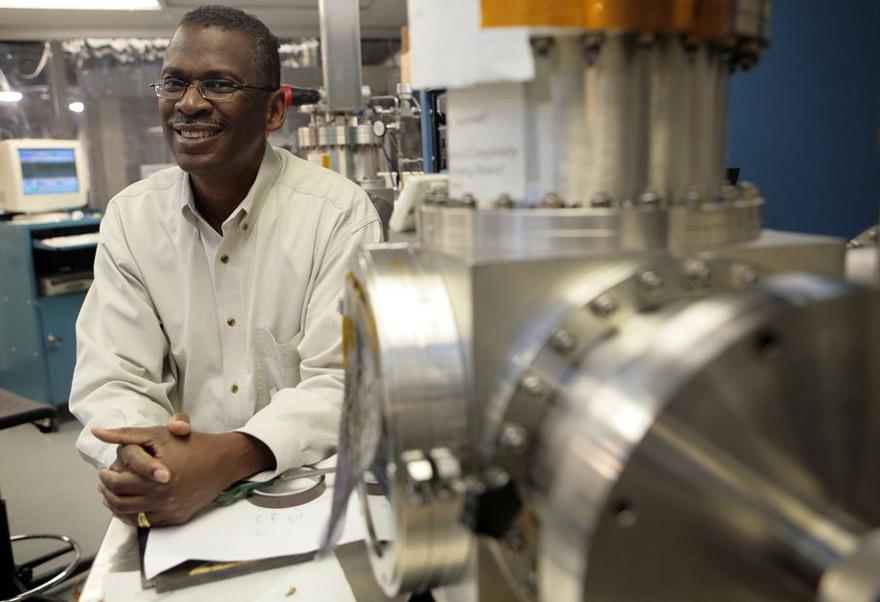 Johnson had long been reinvesting his royalties in his eponymous energy R&D company, among other startups, and I imagine he'll be doing the same with the $72.9m in royalties he has rightfully managed to 'pump,' so to speak, out of Hasbro. It could go a long way towards his ongoing research in cutting-edge energy sources: According to a 2010 profile of Johnson in The Atlantic, he'd been planning on creating a "high-tech manufacturing center" in downtown Atlanta, where he could expand his operations. (The article also notes his IP woes in his scientific pursuits; he's clearly well-versed in the U.S. legal system.)

If all goes well, maybe he'll be remembered for more than just a children's toy: Wildly successful though the Super Soaker may be, Johnson has set his sights on doubling the efficiency of solar cells (among other things)... and a water pistol might just underwrite a breakthrough in the energy industry. 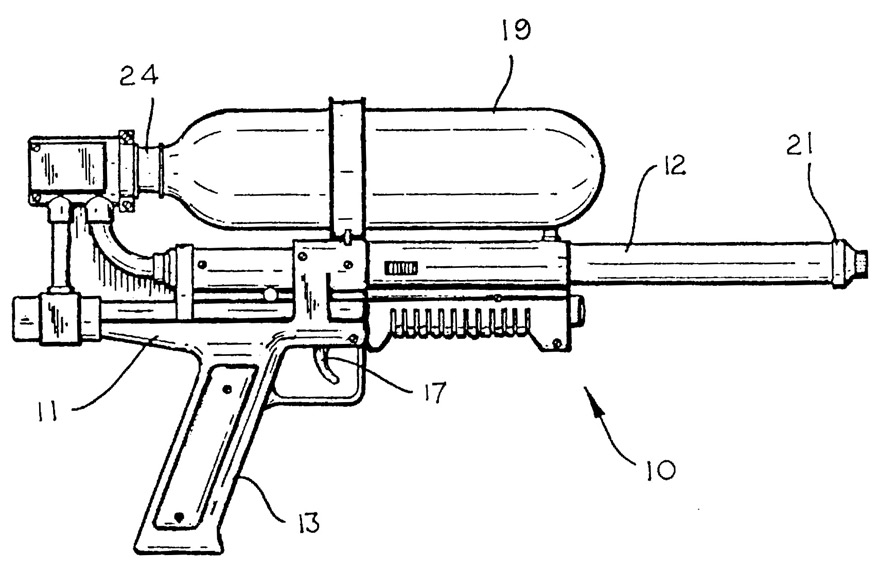 Extra capacity: The Atlanta Journal-Constitution previously covered Johnson's 2008 Breakthrough Award for the JTEC thremo-electrochemical converter with a small photo gallery. The drawing above is from an updated 1997 patent; you can see the rest of the inventions to his name here. See also the winners of our 1-Hour Design Challenge for the Super Soaker.