Here's something you've probably noticed in passing: the UK three-pronged plug is incredibly bulky. Forget about sliding it into a thin tablet case. The British Standard was designed in 1947, long before anyone figured it would be used to charge anything as svelte as the iPad Air.

While he was a student at the Royal College of Art in London, Min-Kyu Choi carried around his laptop a lot. He carted it and his charger in a bag, which worked OK until the charger's massive prongs gave his laptop a good scratch. As he looked at the culprit, he realized that the monstrous UK charger is not at all designed for portability; it's completely out of sync with the sleek and slim gadgets that it's used to charge.

The whole situation needed a makeover. Although he couldn't change the plug's three-prong design, Choi thought that perhaps he could change the way it's stored while not in the socket. So he started sketching. What he came up with was a collapsible plug, straight out of Transformers. His design positioned the two horizontal plugs on a swivel. When they were in the wall, they'd appear in the normal configuration. But when not in use, the horizontal prongs could be rotated 90 degrees, so all three would line up vertically. The faceplate would then crack in half and fold back like bird wings. Choi's swivel-and-fold innovation would allow the plug to pack flat.

Early sketches of the Mu plug

The design caught the eye of Matthew Judkins, who was at the time an M.B.A. student at Imperial College right next door. Judkins immediately realized its potential market appeal, and the two formed a company, Made in Mind, to produce it.

It took four years for Judkins and Choi to get their folding charger ready for the market. During that time, they decided to tweak the wings. The original sketch had the plate folding in half and backward, which left the prongs exposed. As the team worked on honing their design, they discovered that by folding the plate forward, they could completely cover the pins, which made the plug's appearance uniform—and would protect against any future pin-inflicted laptop scratches. 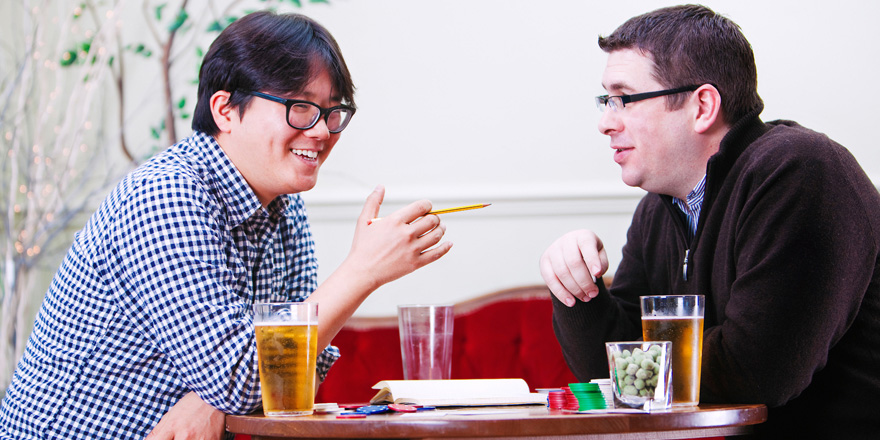 But Choi and Judkins's work during the four years of development involved a lot more than just fine-tuning the form: They also had to work out how the circuitry might change when the plug was folded flat and then square that with the regulations. Plus, there was the issue of durability. The charger, which they called the Mu, would be opened and closed repeatedly and would have to stand up to being tossed into backpacks, purses and laptop cases. (The mathematical notation Mu means micron. The name was suggested by a fan of the tiny design while it was still in its prototype stage).

Because of all the moving parts, Choi and Judkins knew that they needed to stay on top of the manufacturing. "If we did it remotely, it could take forever," Judkins says. "So we worked side by side with the engineers." Because the plastic was being molded and the parts were being assembled close by, the process could be highly iterative. "You find yourself as a referee for what you want as a design and what you want as an engineer," Judkins says. "Quite often it's a bit of a trade off between the two. But if you're a design-led company, you can only go so far." They worked with the manufacturers for six months to find a balance between efficient manufacturing and fidelity to their vision.

The Brit Insurance Design Award-winning result, which was released in the UK last year and is now going to be sold in the Middle East and Asia, is worthy of the sleek USB-powered smartphones that it's charged to accompany.