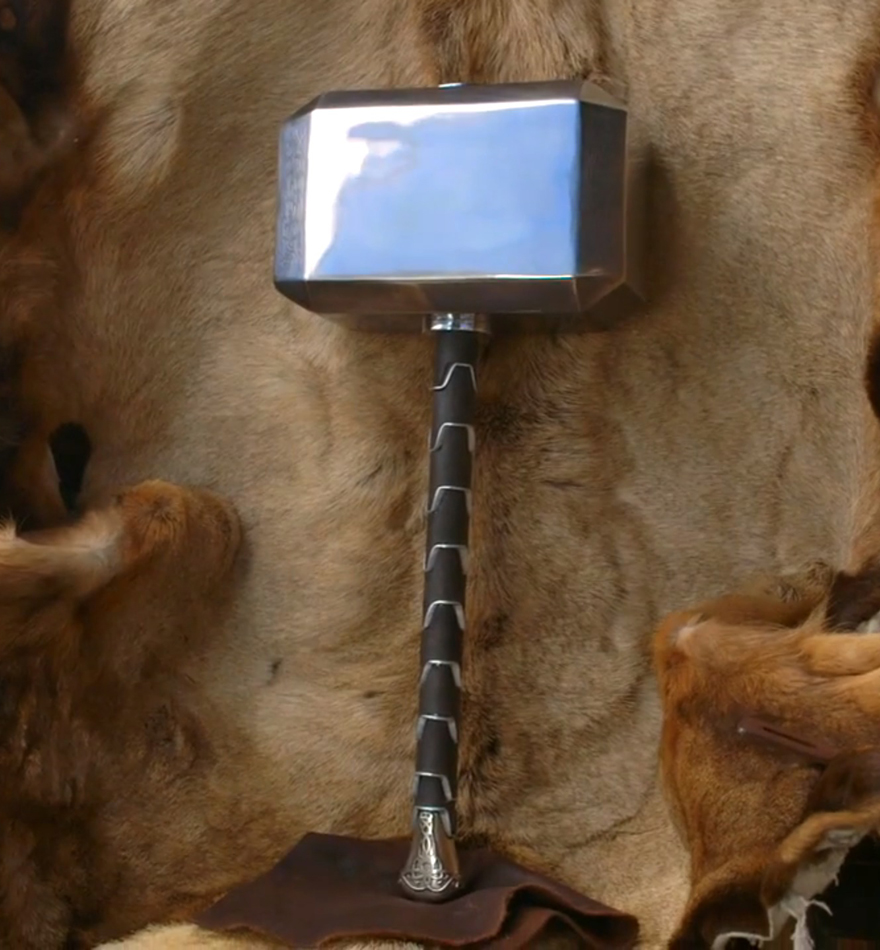 Thor's mighty hammer, Mjölnir, was forged from magic metal in a workshop of the gods, right? Well, not this latest one; it was TIG-welded out of chromoly steel in a workshop in Burbank. 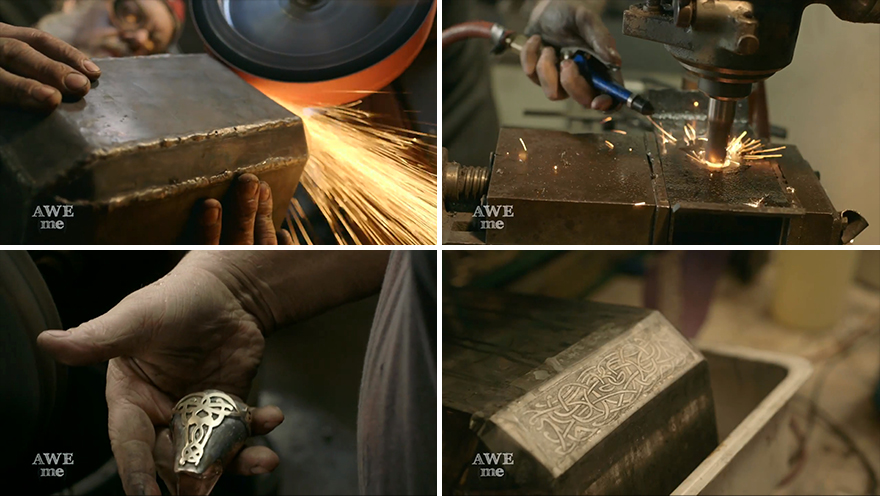 Tony Swatton is a California-based master blacksmith who runs an unusual roster of employees, with a "Warlock of Animal Fibers" working alongside conventional machinists and swordsmiths. Swatton's Sword & Stone operation creates custom armor, weapons and props for Hollywood; if you need an historically accurate medeival broadsword, an anodized 14th-Century suit of armor or a silver Valkyrie's circlet with an agate centerpiece, S&S is your spot.

While they were not the ones contracted to make the version of Thor's hammer used in the forthcoming movie, Swatton & co. took it upon themselves to make a convincing replica as a testament of their skills. (Every week they make a new mythical weapon, and this week Mjölnir's number was up.) Watch as they turn chromoly, aluminum, leather and a rod of allthread into a lead-shot filled 250-pound beast, and use it to smite some of Thor's worst enemies like a lava lamp, a soda can and a watermelon: