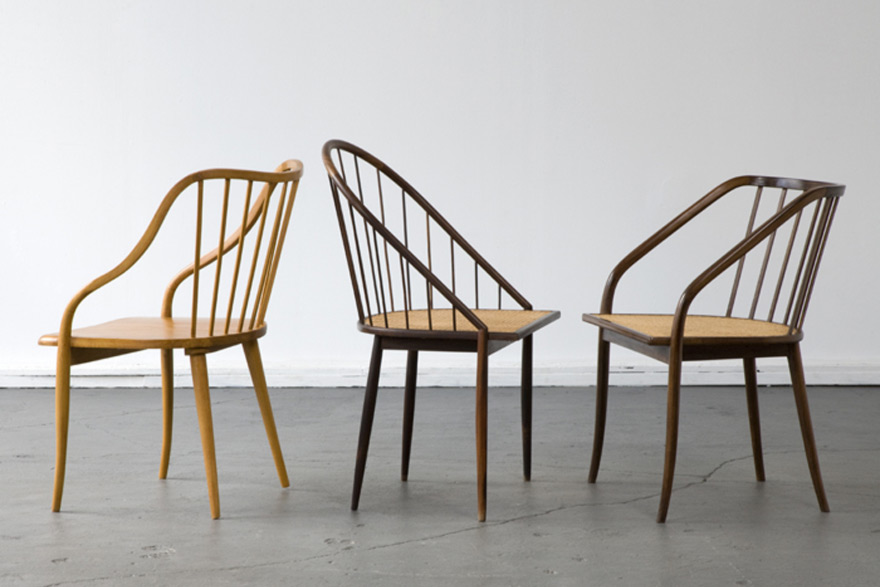 Side chairs, circa 1948. All photos by Sherry Griffin / R20th Century

Brazil is having a moment, with the World Cup next year and Olympics in 2016, but for everything we hear about their prowess in sports, the fifth-largest country's vibrant design culture suffers from a serious lack of exposure. Joaquim Tenreiro (1906–1992) is among the greats, a master joiner who applied his skills as a craftsman to Modern form. "Often referred to as the father of 20th Century Brazilian design, Tenreiro was one of the first South American designers to adopt a European Modernist vernacular." He is the subject of an eponymous exhibition opening tomorrow, Tuesday, November 12, at New York City's R 20th Century gallery, which will feature several "groundbreaking pieces" from the 40s–60s, many of which are from the collection of Gordon VeneKlasen, who is curating the show. "I have been collecting the work of Tenreiro for more than a decade," said VeneKlasen. "The first time I saw one of his pieces I knew immediately that he was an innovator in the truest sense of the word, as there is something exceptional about the work in terms of his use of forms and materials." 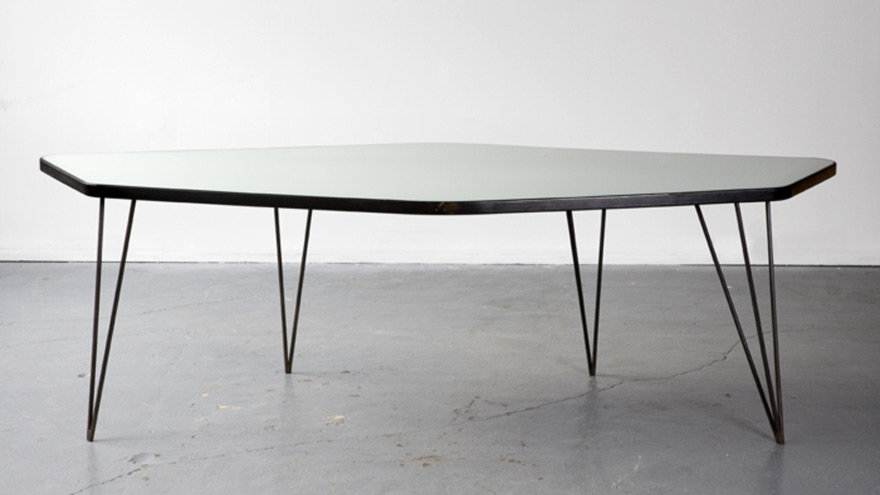 R 20th Century Principal Zesty Meyers concurs: "He was an innovator with local materials, such as woven cane and Brazilian hardwoods. His work embodied everything that was happening around the world in design culture, while also referencing the past and traditional forms and ways of working." In other words, he continues, "it is a perfect symbol for the enthrallingly multi-ethnic cultural mélange that is Brazil." 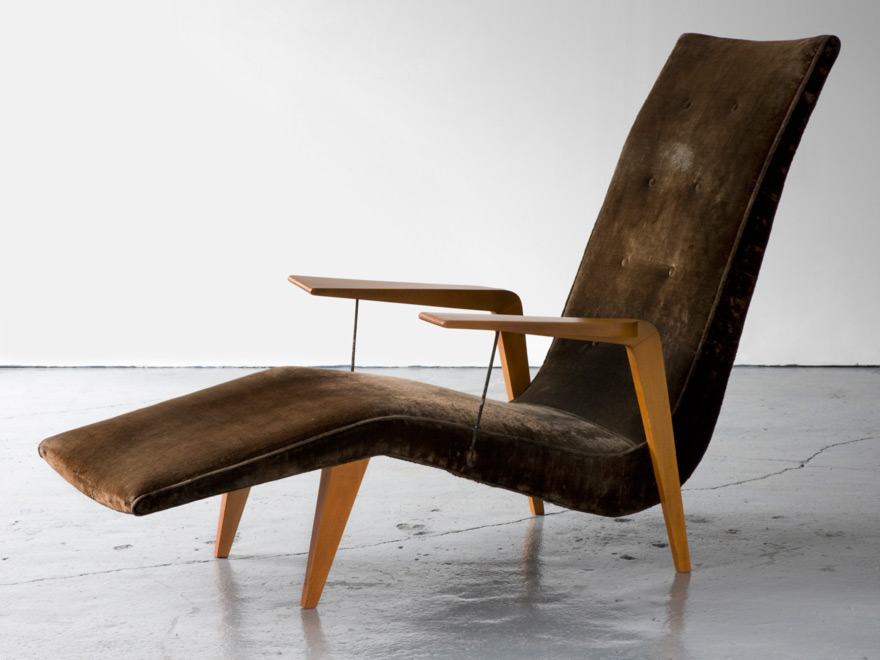 Meyers likens Tenreiro to a cross between Carlo Mollino and Gio Ponti:

Mollino, because of the similar ways his pieces are exquisitely hand-carved and push forward formal ideas about construction. The silhouettes of Mollino's pieces are often breathtaking in their grace and minimal elegance. Gio Ponti, because his work seamlessly moves from decade to decade, making exceptionally great design with each change or variation in the prevailing style of the time. 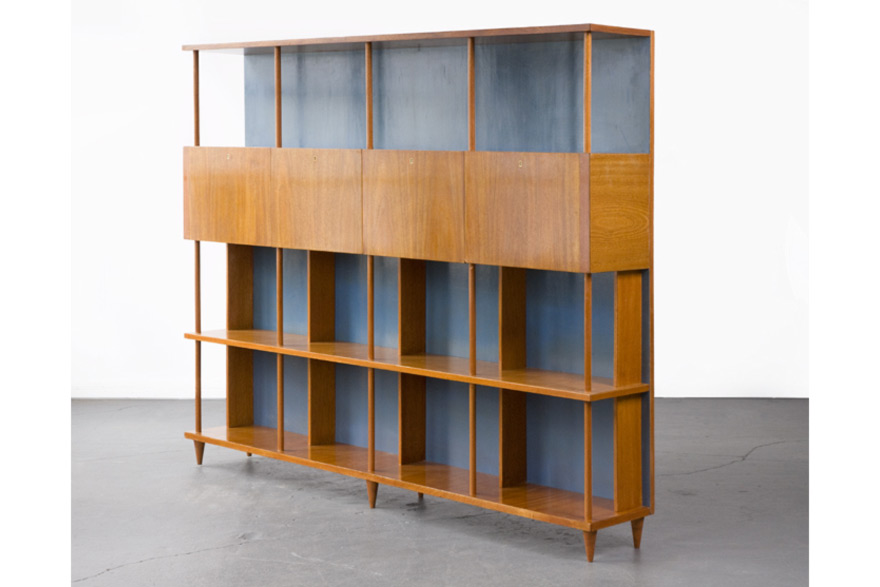 Custom-made bookshelf in caviona wood, designed for a private commission in the Flamengo neighborhood of Rio de Janeiro, 1950s

Thus, Meyers does not hesitate to include Tenreiro among the "best of the best" from the Mid-century era: "What makes him stand out is that he was a maestro in both the technical aspects of woodworking and hand-craft, as well formal ideas about how create good design." He's pleased to have the opportunity to present the work at his gallery, where Joaquim Tenreiro will be on view for the next two months. "The exhibition shows the entire history of Tenreiro's career. Almost every chair he designed is represented, as well as iconic storage units and tables. It is a comprehensive overview of his mastery." 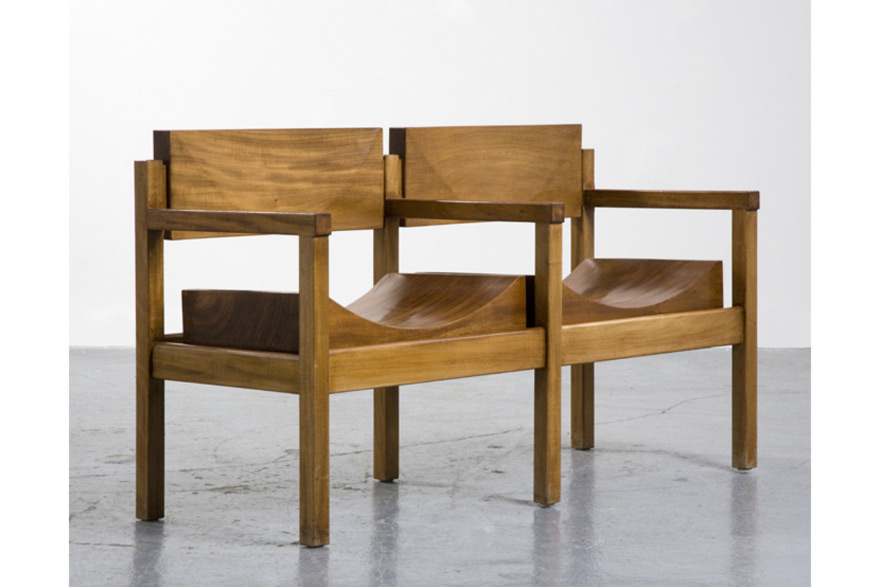 Chaise lounge in caviona wood with upholstered seat, designed for a private commission in the Flamengo neighborhood of Rio de Janeiro, 1950s