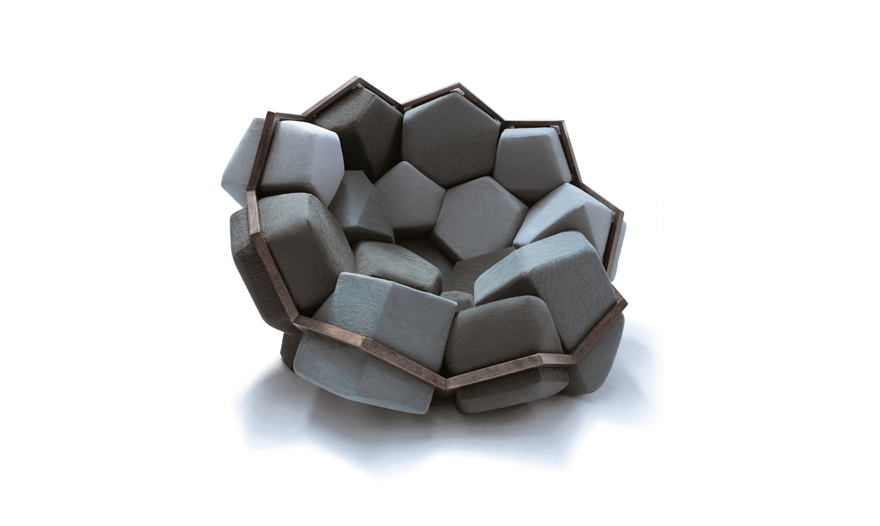 Remember how weirdly machined the elements in R. Tanaka's microscopic photos looked? Viewed in nanoscale, these seemingly organic items exhibit an almost chilling combination of mathematical precision and chaos. Could such an odd aesthetic be adapted to furniture design? 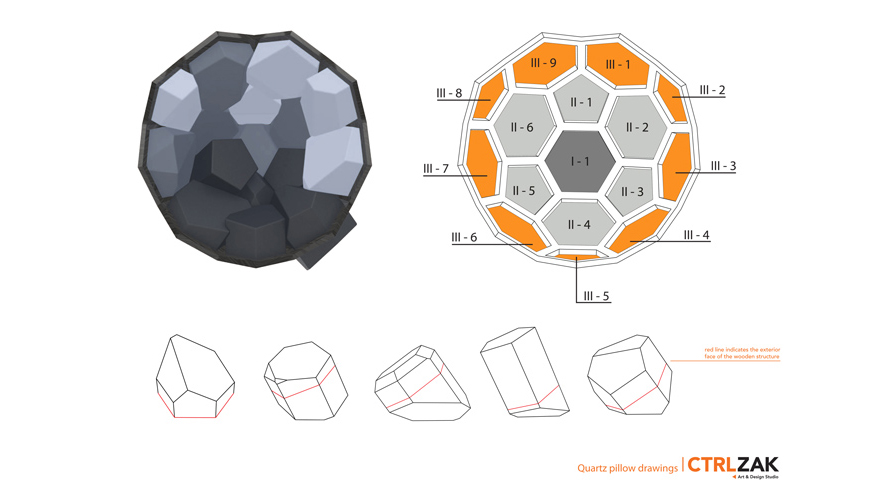 CTRLZAK Art & Design Studio thinks so. The firm, whose work we're used to seeing at Milan (where they are based) was inspired by nature's crystalline chaos to create a human-scaled piece of furniture. Done in collaboration with industrial designer Davide Barzaghi and Italian company D3CO, their Quartz Armchair is created from a matrix of of five- and six-sided shapes arranged in a rational pattern and filled with individually-upholstered volumes. 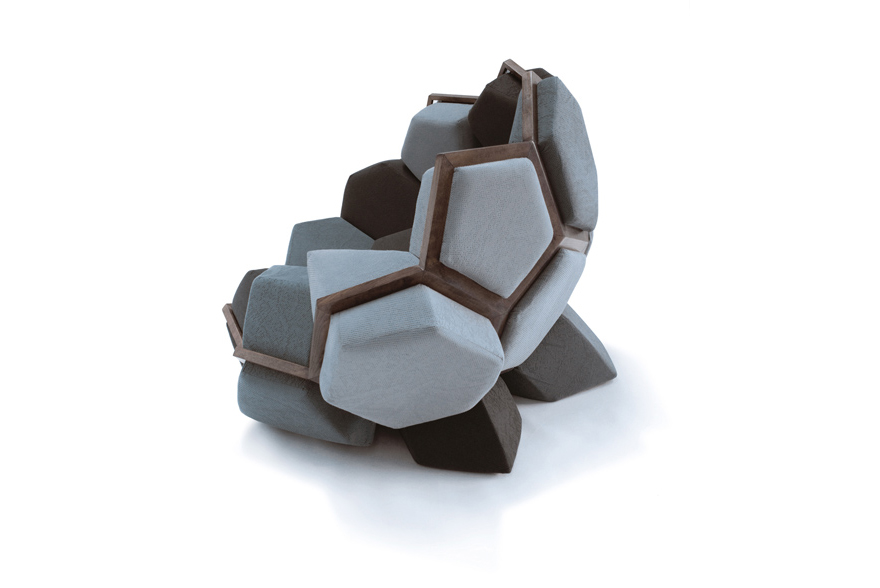 Nature with its astonishing perfect geometry has always been the primary source of inspiration for most forms of creative projects. QUARTZ is a system that couples two-dimensional pentagonal and hexagonal wooden structures, which develop in three dimensions following natural crystalloid formations.

The geometric volumes are covered with ecological fabrics in mixed colour variations producing an end result that resembles more a wild microhabitat than an armchair. 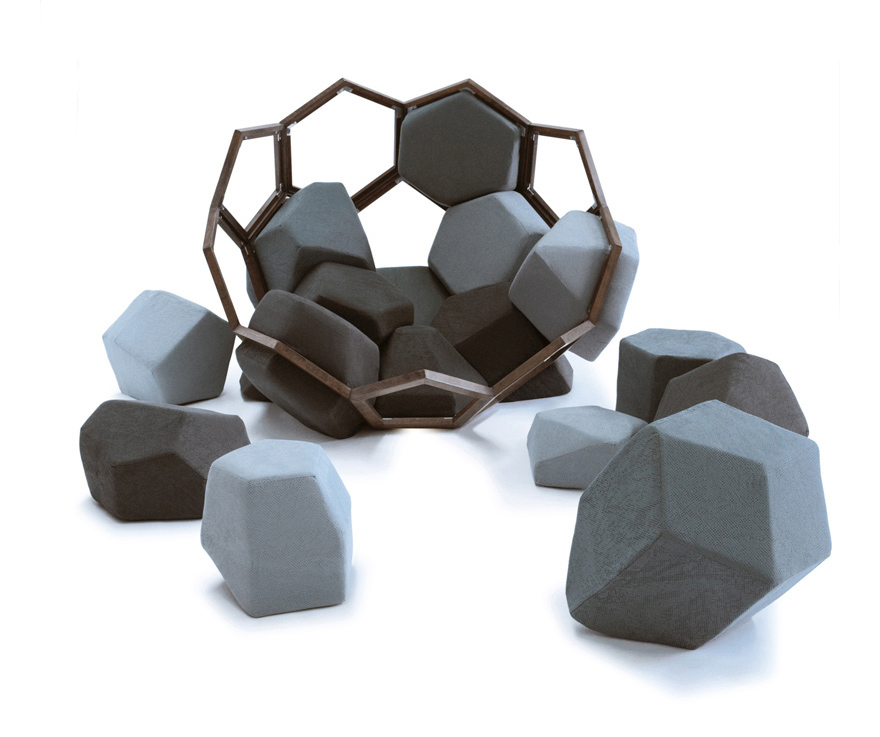 Sadly, there's no word on whether the Quartz is headed for production, or a mere design exercise.