Flotspotting: Alan Fratoni's Vehicle May Not Be Crazy Quick, But Then Again, It Is Powered by a Skil Drill 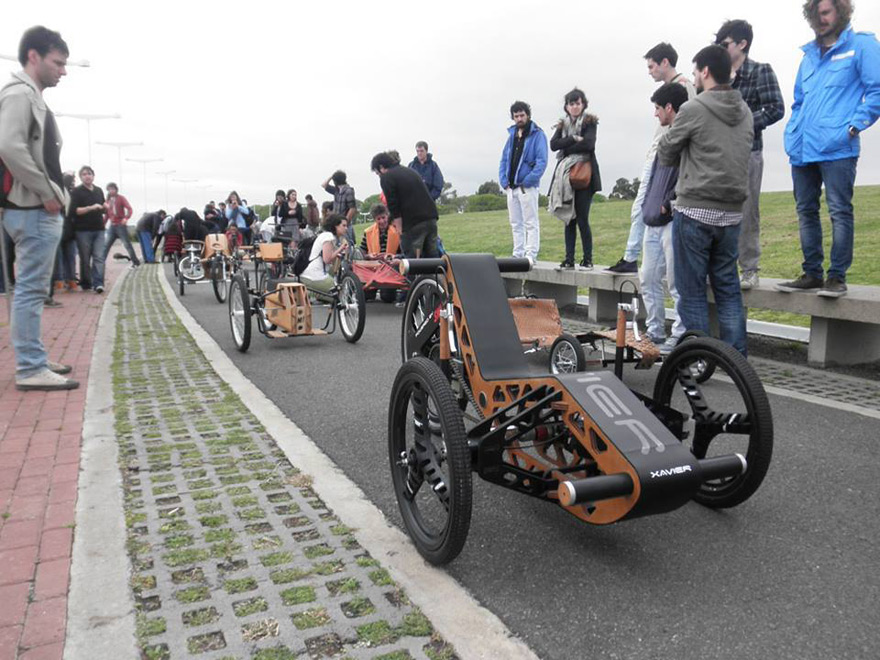 We've seen cars powered by kites and air. We've also seen a shotgun powered by a power drill. Industrial designer Alan Fratoni has combined the best of both worlds and designed a vehicle that's powered by a cordless Skil drill. 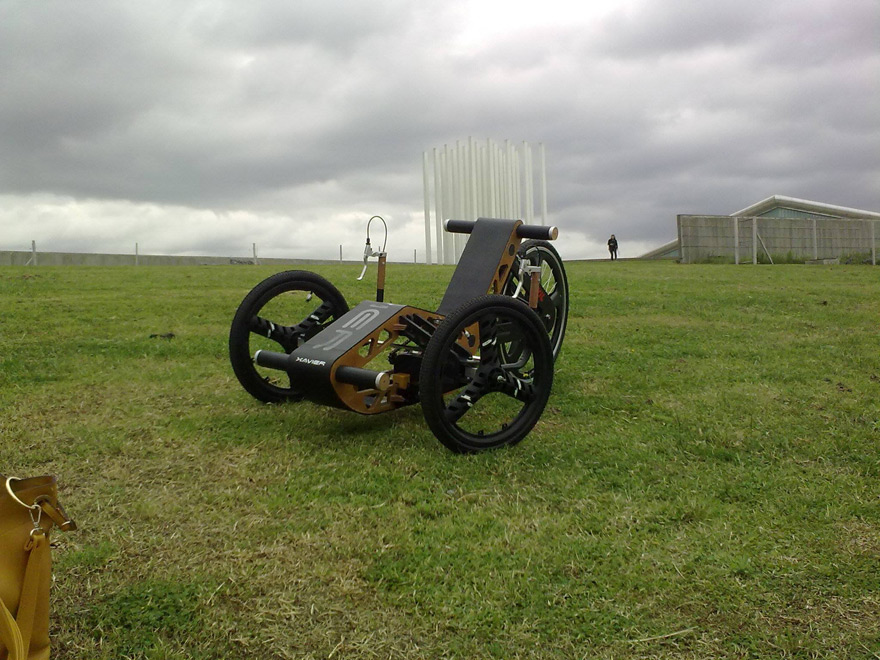 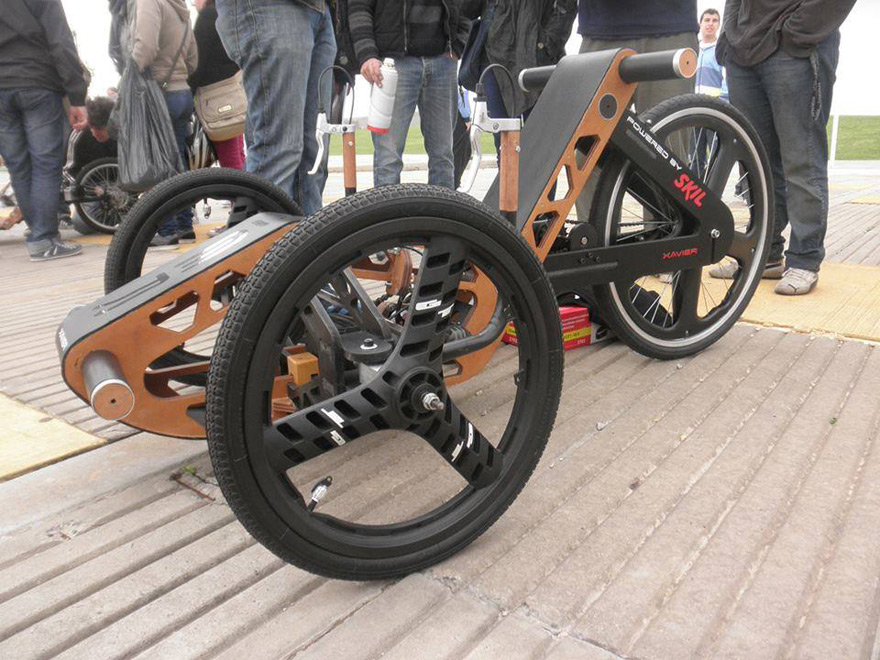 Xavier, which takes on the form of a low-riding go kart, looks more like a fun weekend toy than anything—which isn't far from the truth considering the vehicle was designed for a race put on by the University of Buenos Aires, where Fratoni studies. The designer is also responsible for creating a fold-up electric vehicle, which has picked up a bit of press in the past.The vehicle is powered by a drill located underneath the driver's seat and is directed with two steering poles on the sides of the structure. By shifting his or her weight, the driver can turn the automobile. The drill can maintain a consistent speed, but can't take the vehicle from 0 mph to moving. To get the wheels turning, the vehicle needs to be pushed about five meters and then it's off to the races. 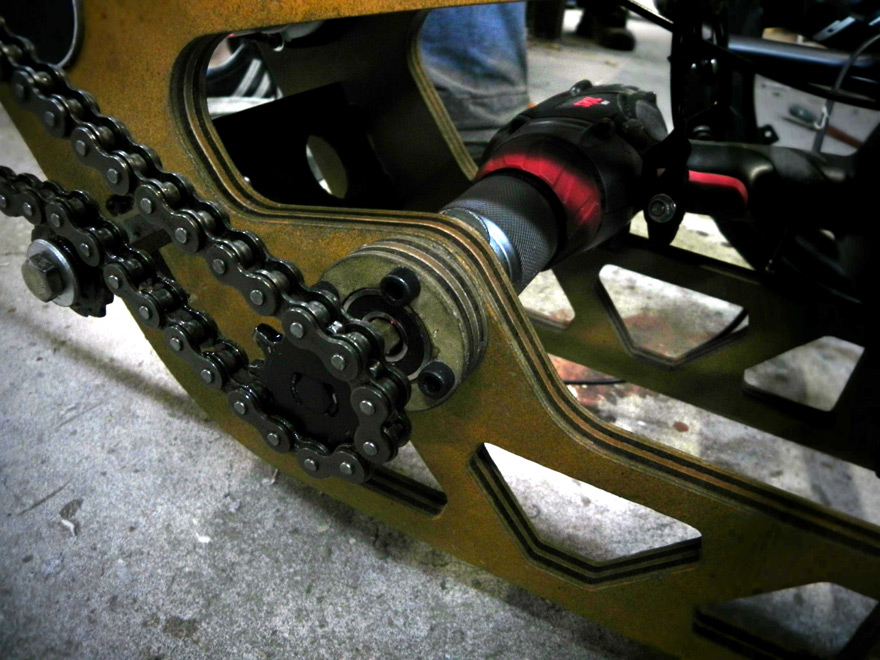 Fratoni and his team also wanted to create something that was made of at least 50% recycled leather. With that in mind—and with some help from a CNC router—they incorporated MDF into the design for an easy cut-out assembly. 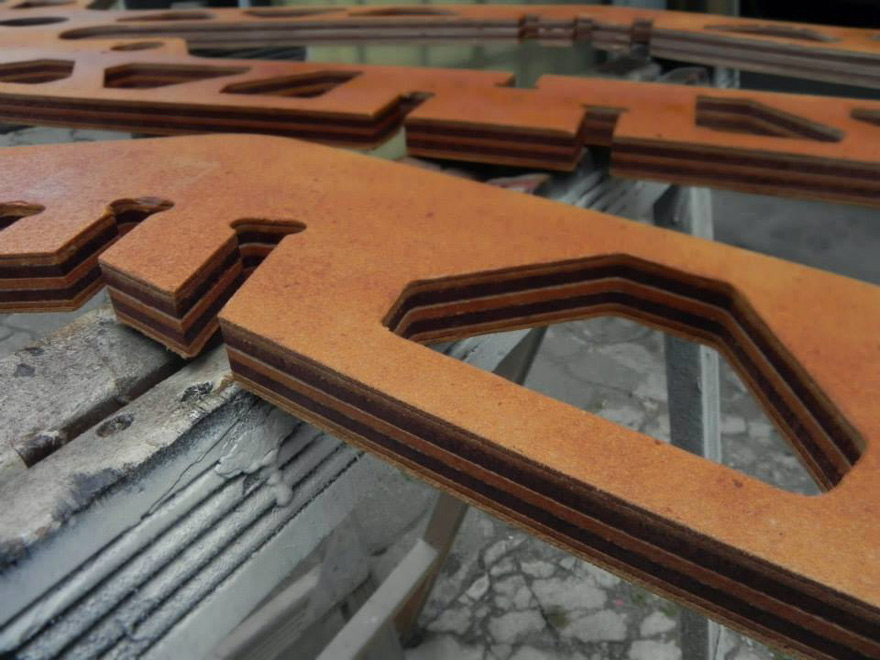 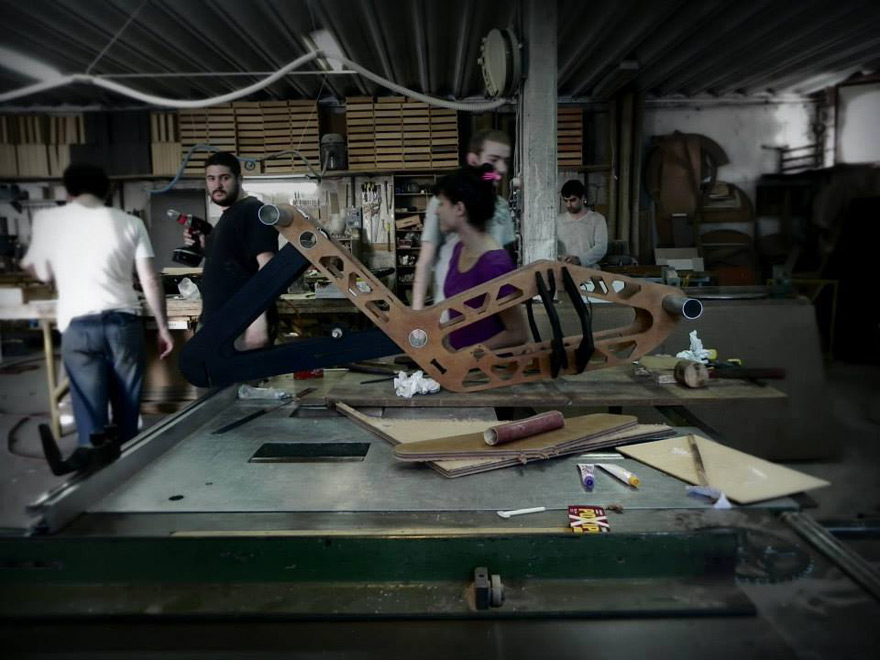 It looks pretty aerodynamic—and even comfortable compared to those bucket seat horrors we've all seen at Go Kart tracks. Even if it doesn't travel at car-defying speeds (yet), there's no denying that it's a creative use for a traditional tool. 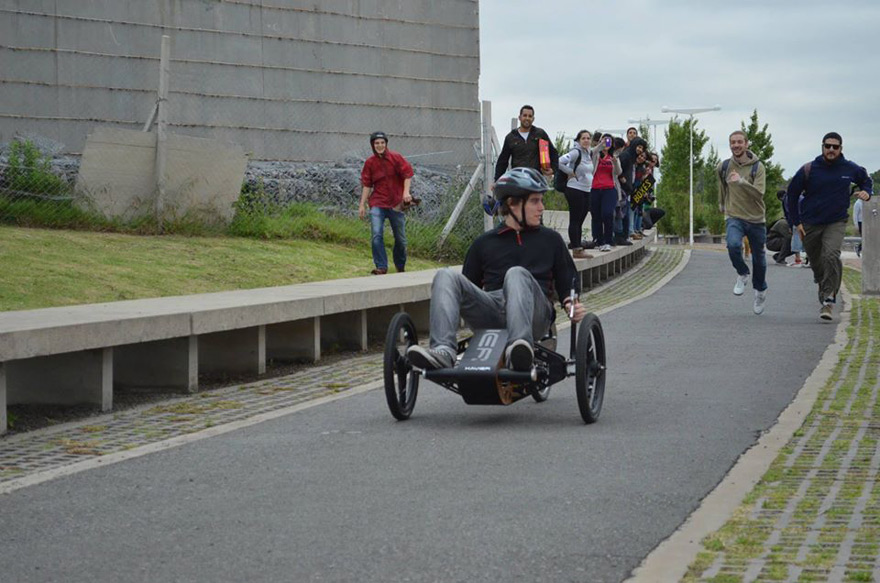 Check our more of Fratoni's work on Coroflot.

Flotspotting: Alan Fratoni's Vehicle May Not Be Crazy Quick, But Then Again, It Is Powered by a Skil Drill