Non-Pneumatic Tires Finally Hit the Commercial Sector. Will Polaris Roll Over the Competition?

Ever since we saw Resilient Technologies' Non-Pneumatic Tires being tested out on Humvees, we wondered if it would ever trickle down to the civilian sector. Well, it has. Off-road vehicle manufacturer Polaris has announced their new Sportsman WV850, a "military-grade" ATV kitted out with the NPTs. 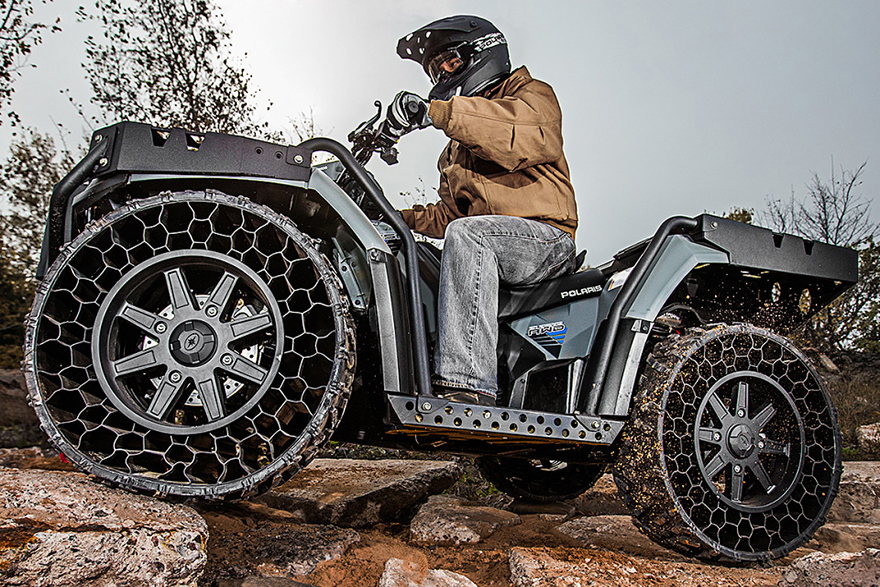 "We have seen great success with NPTs in military and disaster relief scenarios," said Dovid Longren, Vice President of the Off-Road Division, "and are excited to bring this technology to the consumer market for extreme work applications." While it's unlikely your average contractor will need to drive 350 miles after his tires have sustained ".50 caliber ballistic damage," as Polaris has done in testing, it is nice to know that the NPTs have also been tested for 1,000 trouble-free miles of travel with a three-inch railroad spike jammed into the tread and structural webbing. With that kind of durability, you can get away without carrying a spare, meaning there's more room to haul stuff. 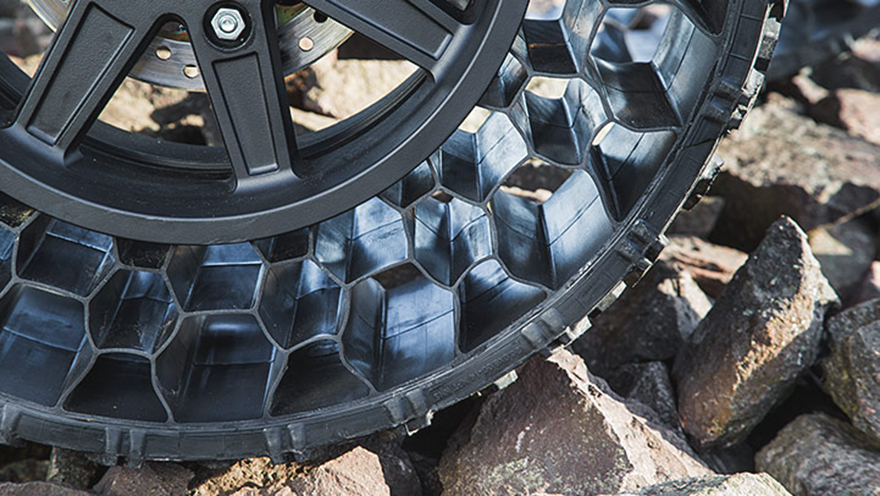 It's not clear if Polaris has licensed Resilient Technologies' original design or entered into some kind of partnership; RT's website hasn't been updated since 2011. But Polaris has re-branded the NPTs "Terrain Armor," and as you can see in the promo video, they look pretty bad-ass:

Of course, the WV850 isn't all about the tires; it's based on the MV850, a true combat-grade ATV only available to the military, and the former vehicle carries over design features from the latter: