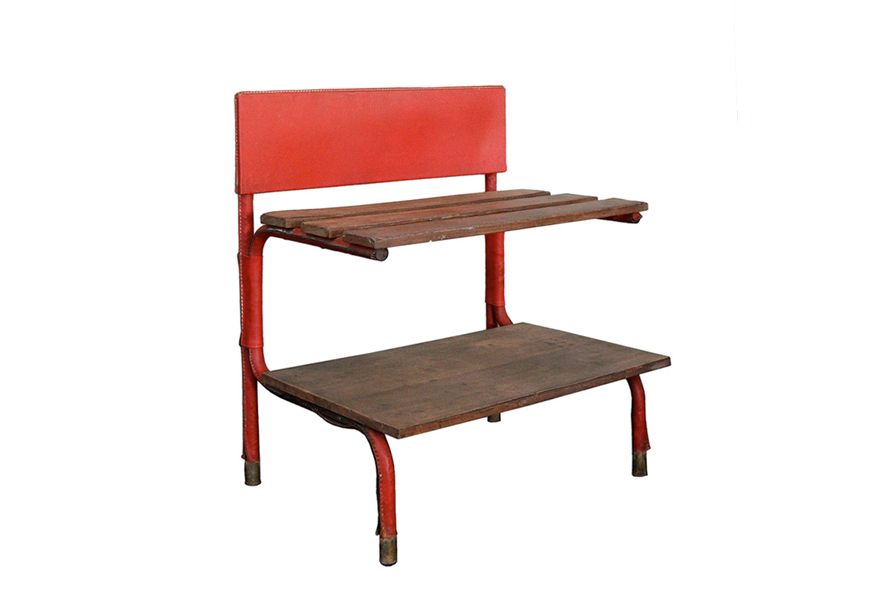 In this series, Matthew Sullivan (AQQ Design) highlights some designers that you should know, but might not. Previously, he looked at the work of Tobia and Afra Scarpa.

Jacques Adnet's active career thrived for over five decades, from the 1920s through the 1960s, spanning the Jazz Age, the Machine Age, Functionalism, Art Deco, the International Style and midcentury modernism. His designs negotiated these surges with intelligence and subtlety; Adnet was never content to passively copy. He was inclined toward a pragmatic luxury, a tactile and rich reductivism.

Adnet stands with Jean Royère, André Arbus, Mathieu Matégot and Pierre Guariche as what is probably best called Post-Deco. These men opted to take Art Deco's robust expressions and make them more simple and direct. In addition, they preserved Deco's bespoke/artisanal fabrication, not giving in to the postwar industrial goadings. Adnet's silhouettes are denuded of ancillary details but not dogmatically—that is, they are not reduced simply to make a point. But neither is there a tremendously idiosyncratic stamp; this is well-designed, aesthetically useful and high-quality furniture. 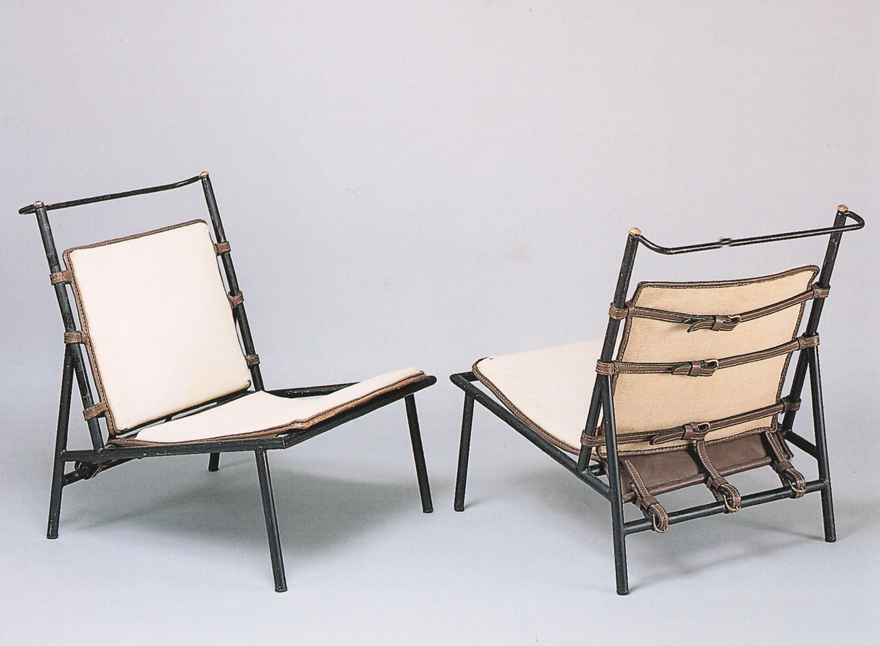 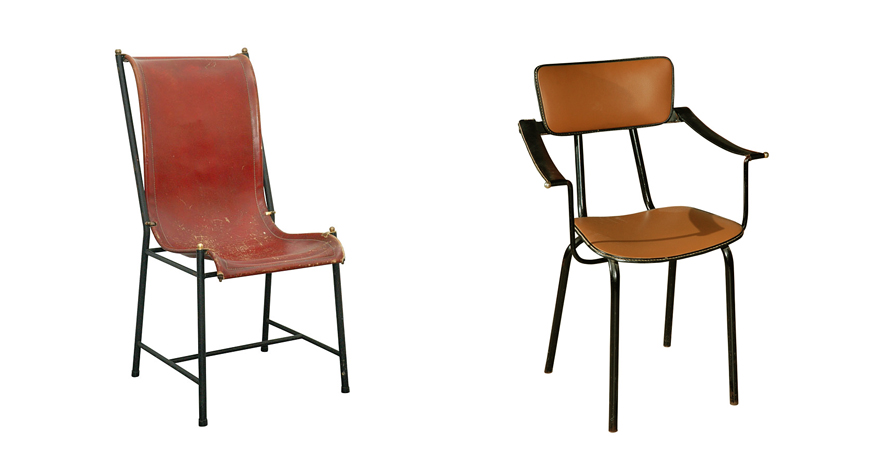 Much of Adnet's work was constructed from tubular steel, clad in leather (often from Hermès). The general use of tubular steel, from its adoption in the 1920s, quickly became a Futurist, almost vainglorious trope; Adnet's tweak, by coating his forms in these skins, was an ingenious move. It could be said that he added whilst subtracting—keeping the avant-garde constructions (and lean profiles) but adding a luxuriant and amicably decorative dimension without adding volume.

It must also be mentioned that Adnet often added bamboo-like notches to his steel tubing. This little referent, both rustic and urbane, expands the types of architectural environments in which the furniture could and can be installed (bucolic or urban, austere or verdant). This is what I meant earlier when I called Adnet's furniture "aesthetically useful;" that function is not limited to ergonomics but extends to architectural contexts as well. Moreover, his frequent use of brass, in accord with the said use of leather, has subtle and artful utility. Both brass and leather have a poetic use-memory; the oils of the flesh and oxidation from the air over time add an indisputable richness, which is clearly promoted in the pieces.

Viewing Adnet's output in contrast to other designers, it is reasonable to say that mere reduction doesn't mean simplicity, if it is insensitive. 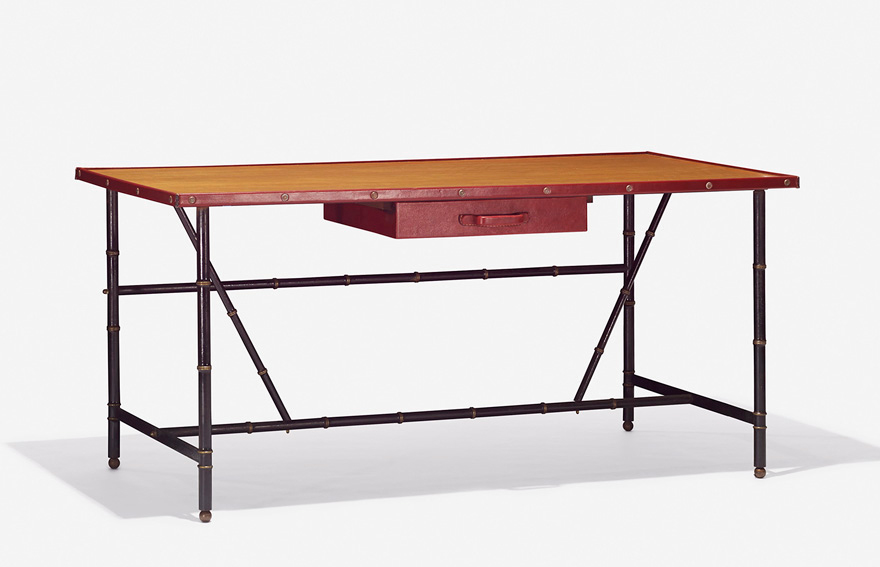 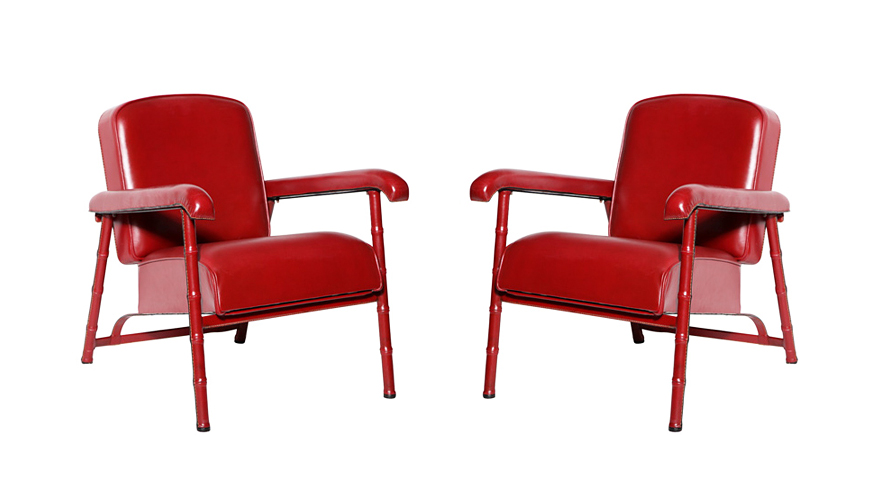 A pair of armchairs from the 1950s 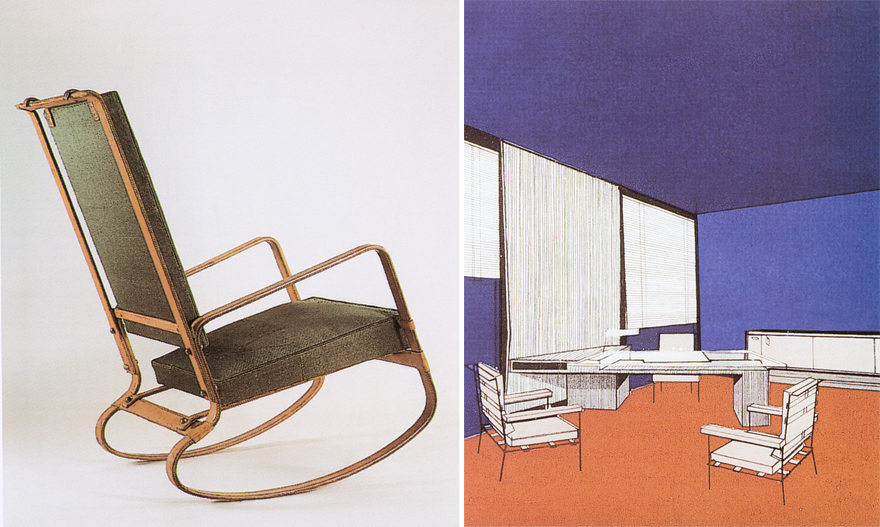 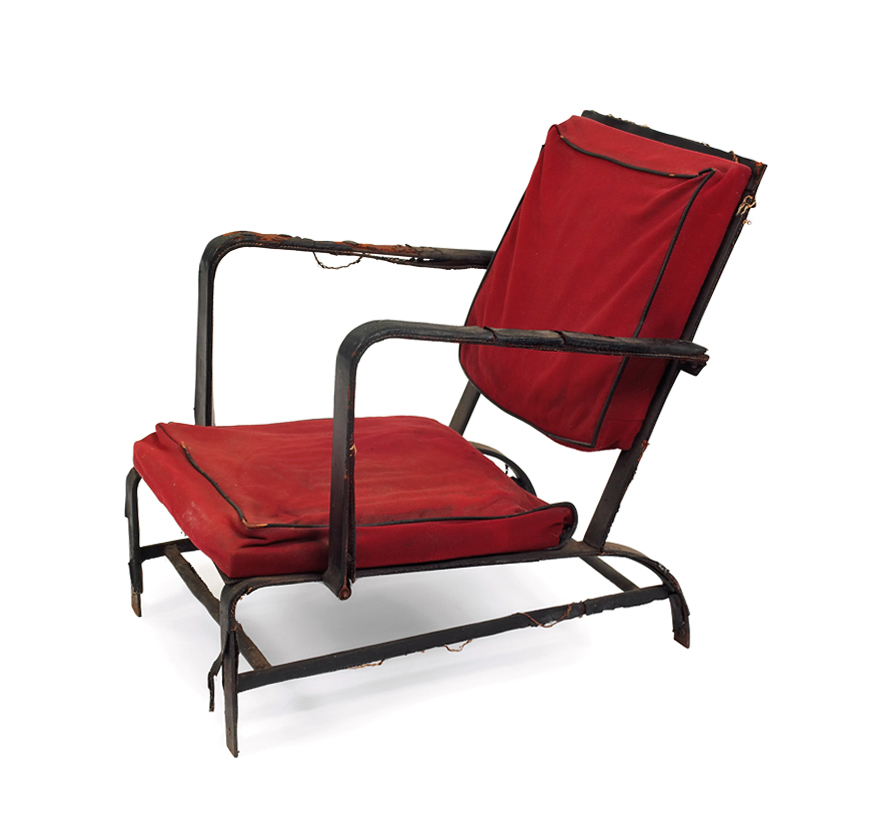 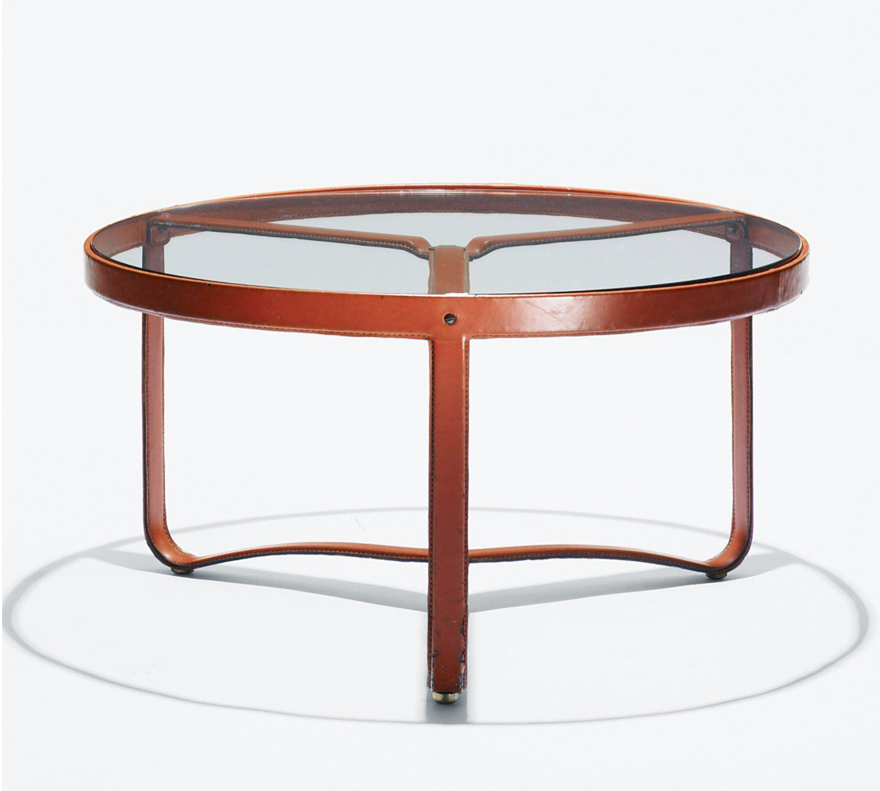 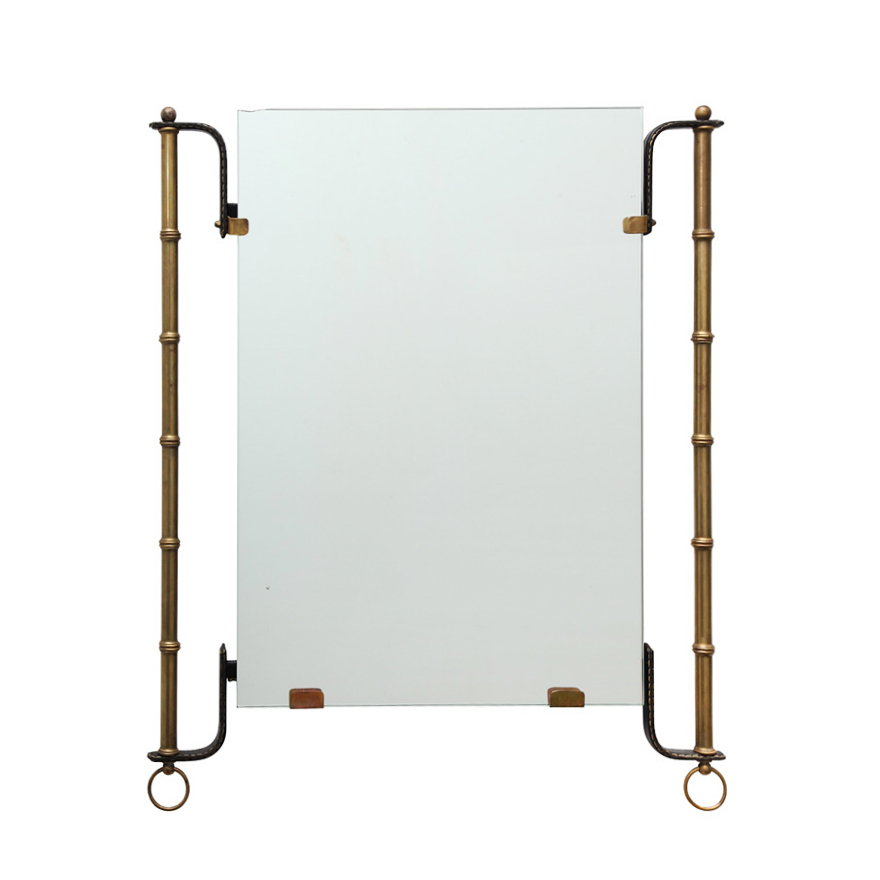