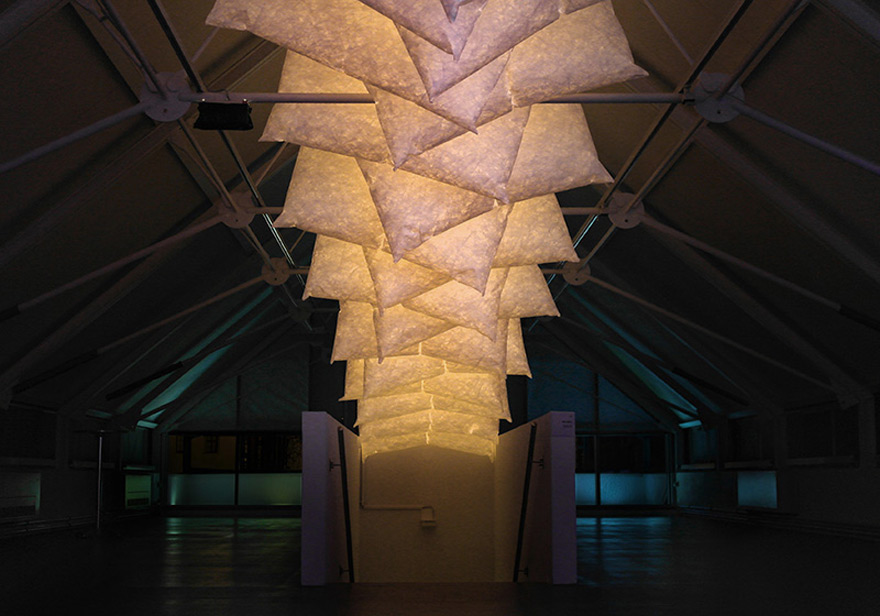 Just when you thought artist Nils Völker couldn't expand on his expansive respiratory installations, we're bringing you a new title to the bunch. Like with his last breathing light installation, "Thirty Six," his newest addition "Seventeen" adds just enough new appeal to catch our attention.

This one features the somewhat creepy breathing motion that the artist is known for along with some smart light play. More understated and zen-like than the others, "Seventeen" culminates in an undulating hanging light system made of Tyvek. The lights are brought to life with cooling fans, LED lights and custom-made electronics. Check out the video below to get the full scope of the installment. Make sure to full-screen this one—it's the only way to watch Völker's work in action. 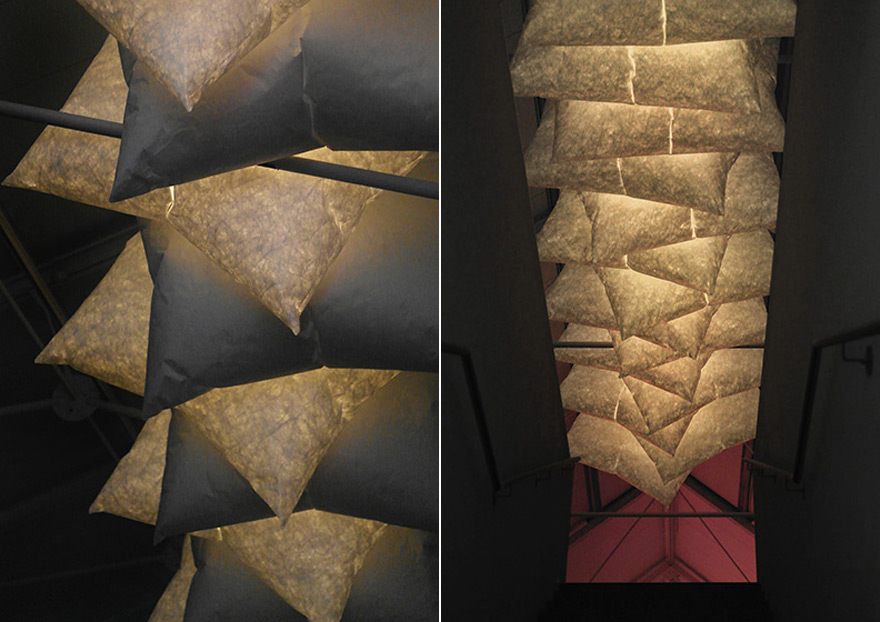 The installation is a part of the Sheinwerfer exhibit—which is focused on 21st century light art—at the Kunstmuseum Celle in Germany. You can catch it through March 30th.

Unlike other work from Völke, this light art seems to be a bit downplayed. While the staggered luminescence adds a sleepy element that only enhances the piece's "breathing" motion and sounds, there isn't as much drama as we're used with his work. Maybe we're getting too spoiled with colorful, aluminum flooring exhibits (see: "Captured").

That being said, the "you just had to be there" factor could very possibly reign king with this installation. 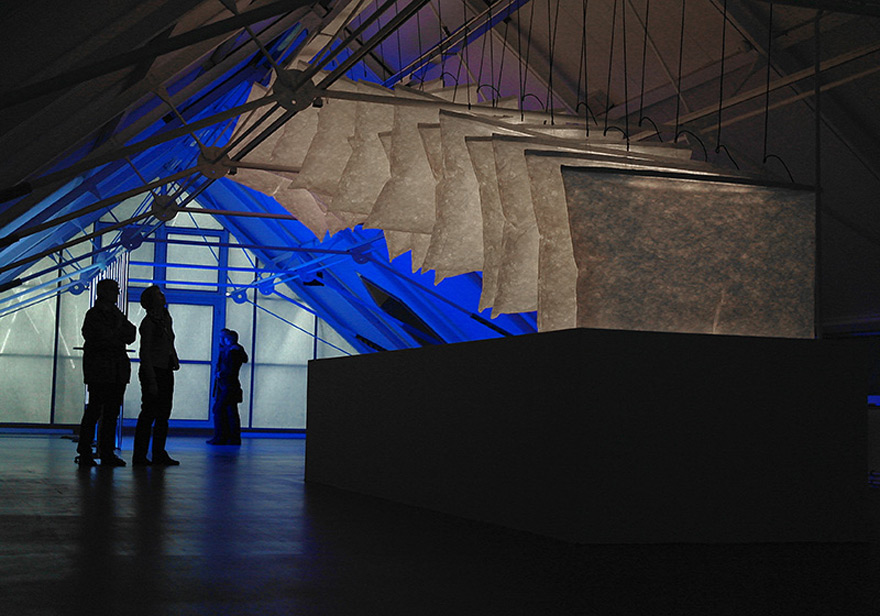 What do you think—does this breathing light show hold a flame to the others?