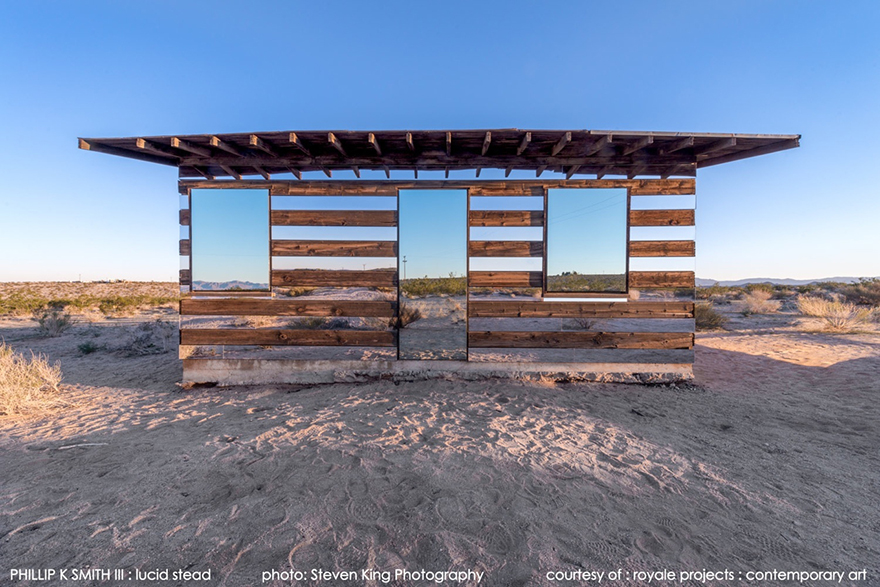 With dual degrees from RISD in both Fine Arts and Architecture, Phillip K. Smith has a good grasp of both expression and structure. Along with technical acumen in lighting design, these skills served him well for his "Lucid Stead" project, whereby he transformed a 70-year-old Joshua Tree homestead from weatherbeaten shack to web-friendly spectacle. 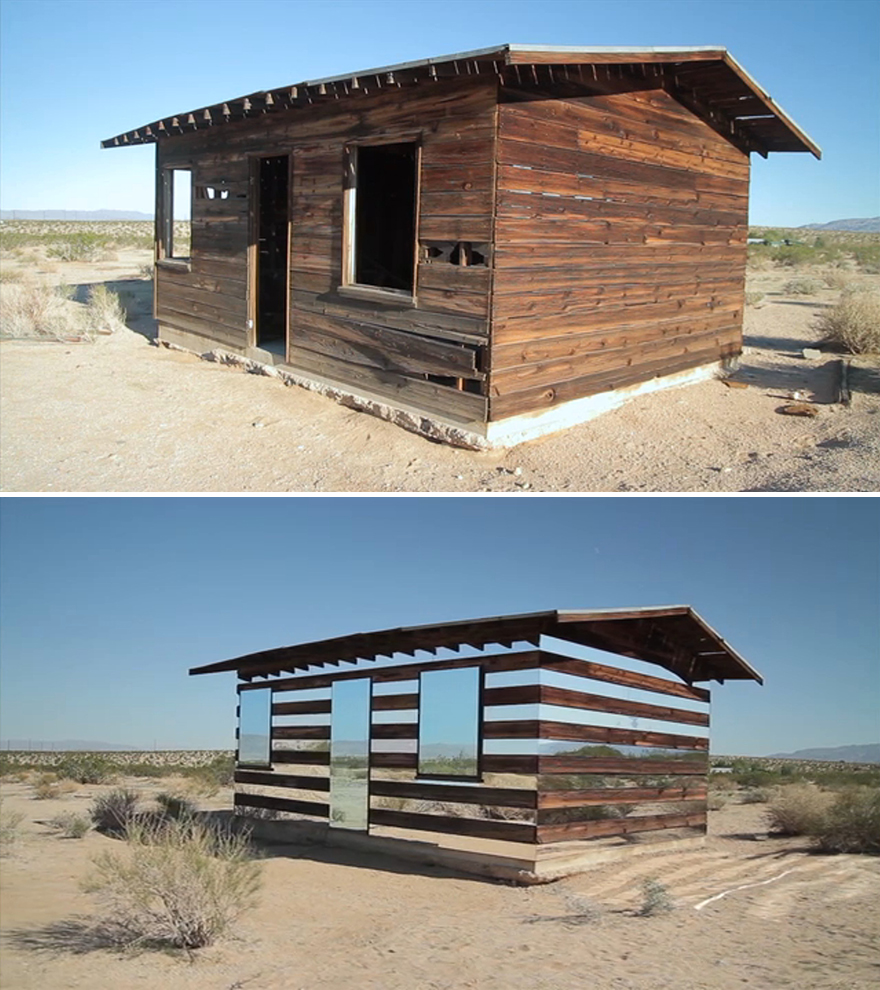 By replacing every other siding board and all of the building's apertures with mirrored glass, Smith has created a brilliantly striking structure that blends into the desert without disappearing or denying its true roots. (For you fans of '80s X-Men comics, it looks like something the character Forge would have built.) 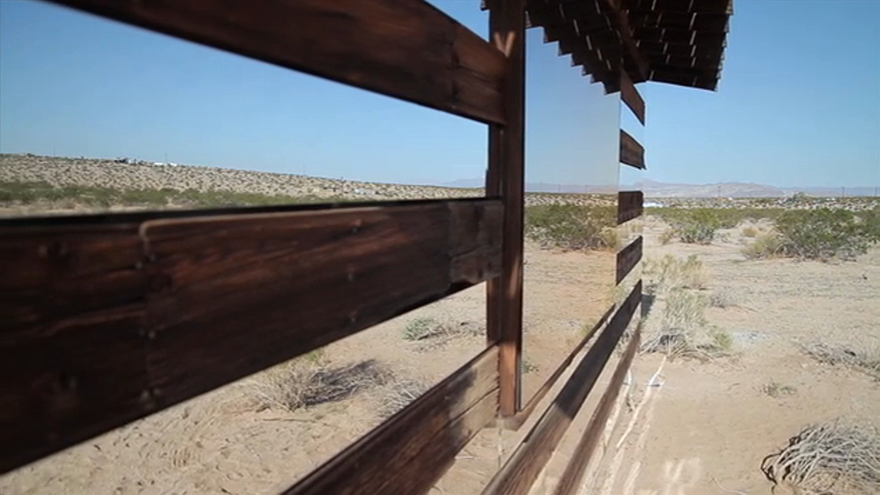 And "Lucid Stead" fits in with the desert in more ways than one. Deserts offer more contrast that your average environment, what with blazing hot days and freezing cold nights. And as the sun goes down on Smith's structure, so too does the building shift into something entirely different: A semi-transparent structure where LEDs within reveal cracks and seams, allowing one to glimpse the cross-bracing within. 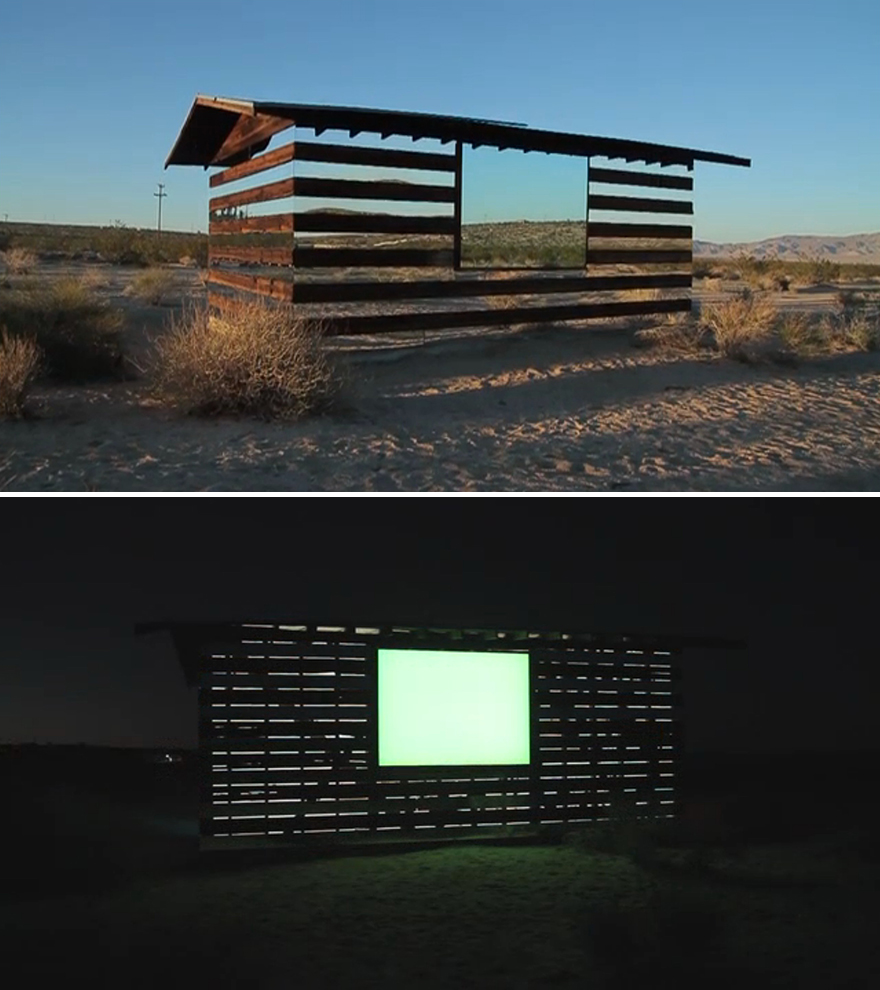 The windows and doors, meanwhile, are rendered into a slow-moving light show, as they turn into solid blocks of color that almost imperceptibly change, moving through the color wheel at the desert's stunted pace. 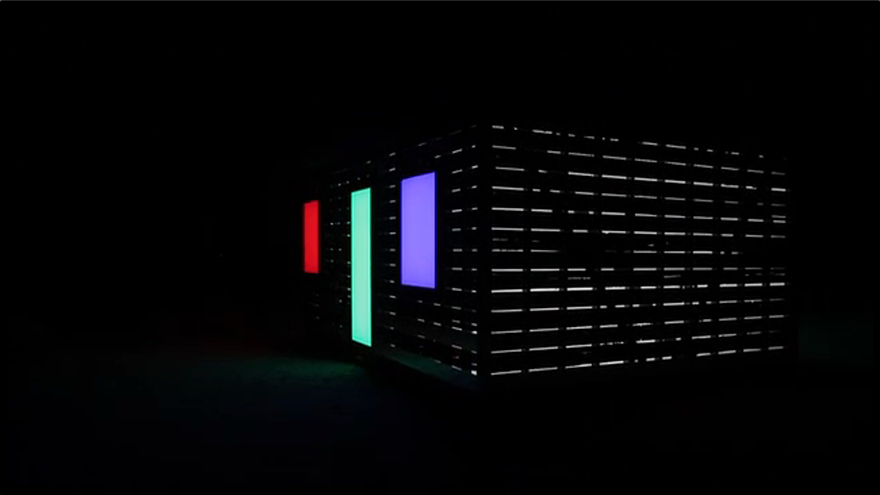 In Smith's own words:

Lucid Stead is about tapping into the quiet and the pace of change of the desert. When you slow down and align yourself with the desert, the project begins to unfold before you. It reveals that it is about light and shadow, reflected light, projected light, and change.

Here's a video of Smith, shot and interviewed by filmmaker Steven Preston, walking you through the project.

Smith's work will be featured at Miami's UNTITLED art fair this coming Sunday. 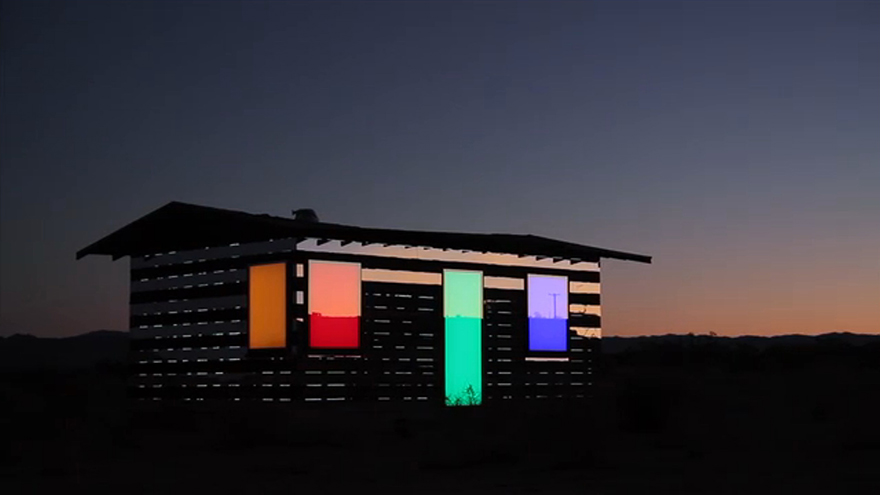