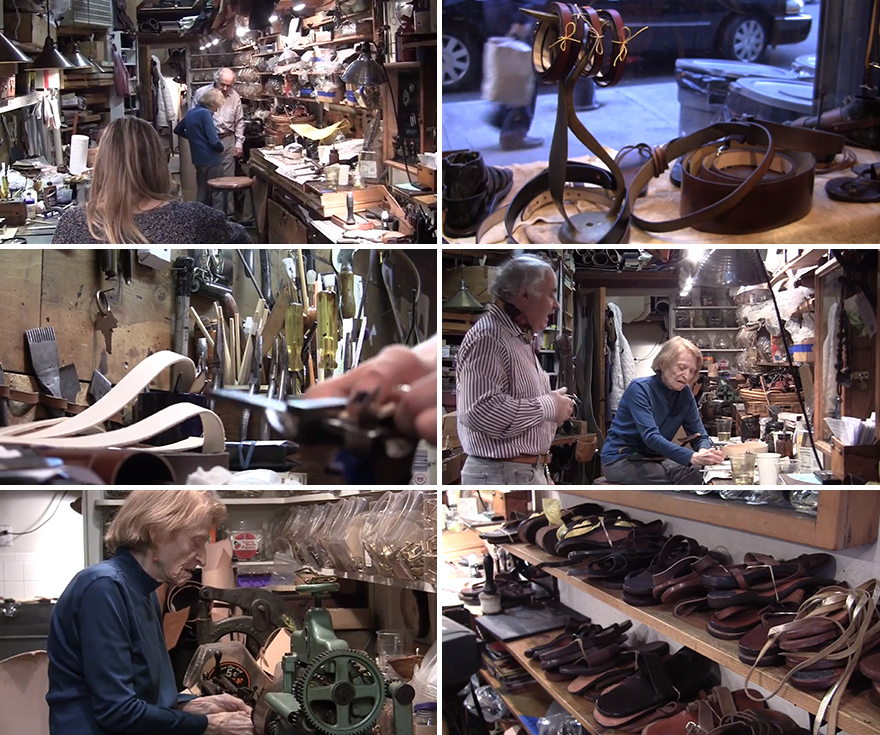 On 7th Street in Manhattan's East Village stands McSorley's Old Ale House, one of NYC's older Irish pubs, dating back to the mid-1800s. Since its inception the bar had a no-women-allowed policy—an anachronism they held onto until 1970 (!) when the Civil Rights Bill was passed. The first woman invited inside was Barbara Shaum.

If being invited inside a bar doesn't sound like an accomplishment, what Shaum was achieving just two doors down the block was. As a 21-one-year-old woman living in 1950s NYC, she had begun learning leathersmithing. By 1970 she'd had nearly 20 years of experience, and had her own leathergoods shop—in both senses of the word—next-next-door to McSorley's. (And she'd actually had beers inside the bar before the ballyhoo, as local shopkeepers were once a lot friendlier with each other.)

Barbara Shaum is the leathersmith whom Kika Vliegenthart apprenticed under. And now, at age 83, she's 62 years into the business and still running her shop. Rising rents have forced her off of 7th Street, but she's still keeping it East Village real enough, now relocated to 4th.

Shaum refers to the leather sandals she makes as "like wearing a T-shirt on your feet." It's not uncommon for them to last for decades, as her business has. Over the course of her six-decade career she's made bags, briefcases, sandals, belts, and a variety of custom work (her strangest "client" was a llama). Here's her story:

And here's "Barbara Leather," a meatier mini-doc on Shaum. (Though it looks like it was produced in the '70s, that's simply because filmmaker Seth Lind shot it on 16mm; it's actually from 2003.)