Editor: After a nasty paycheck surprise, suddenly underpaid "Family Man" has to figure out where he went wrong with his new employment contract. Has he screwed himself and his family, or are they getting screwed by the company?

It was well after closing when I got to the office, so everyone else was long gone. I flipped the lights on, headed over to my desk and ripped the drawer open. There was the contract. I pulled it out, slammed it down on my desk and started reading through it, to see where I'd screwed up. To be told you were going to be paid an annual salary only to have some clause slipped under your nose in the contract stipulating you'd instead be paid hourly wages—this made me angry, and I had to figure out where I'd make the mistake so that I'd never make it again. 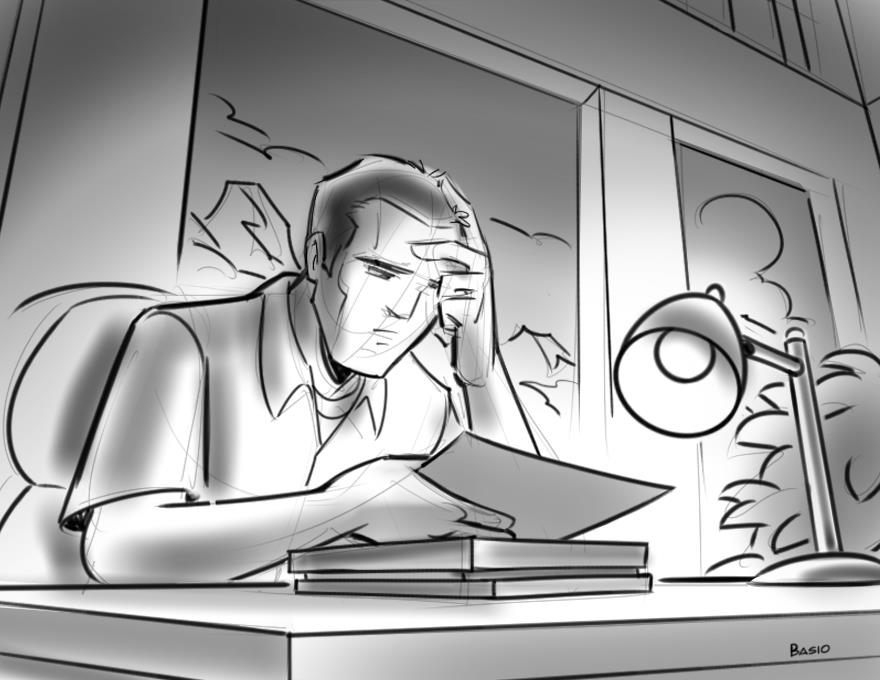 I spent fifteen minutes going through the contract from top to bottom, and could find no such clause. So I read through it again. And again. Then, a fourth time.

There was nothing in the contract like that, no clause, no loopholes. It was totally straightforward. I was supposed to be paid $85,000 a year in biweekly installments, no ifs, ands or buts. So I had read the thing correctly the first time. That made me breathe a sigh of relief since it meant the error wasn't mine, but my anger shortly returned. The boss was shortchanging me.

I went home that night angry, and when my wife asked me what was wrong I lied and said I had to learn some new software for work that was giving me a headache. I couldn't bring myself to tell her how much less money we were going to have, not until I talked to the boss and figured out what the hell was going on. 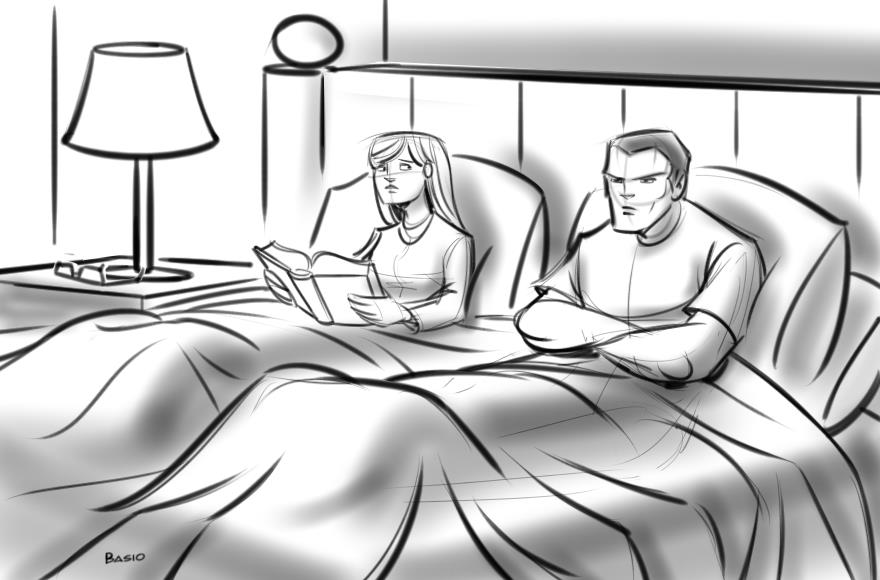 The next morning when I went in to work, I'd calmed down some, but still didn't know what I was going to do and say to him. As it turns out, I needn't have worried; Batcopter Boss' secretary told me he was out for two days with meetings. I remembered. There was some big government contract that was going to significantly impact the company, in a positive way, and Batcopter Boss had to go to Washington to talk to some people.

Those next two days were rough. I had plenty of work to do, and tried to lose myself in the design problems rather than sit there and stew. I'm ashamed to admit there was a point when I thought about just half-assing it, performing my work to a minimum, just because I was angry that I was being shorted and felt they didn't deserve my full attention if they weren't going to pay me the full money. But I thought about what my dad would do and what he'd taught me, which was that you always did a good job even if no one was watching. I expected my boys to learn the same lesson, and they wouldn't be able to if their own dad didn't embody the principle, so I bit the bullet and gave it 100%, even staying late on Wednesday night. 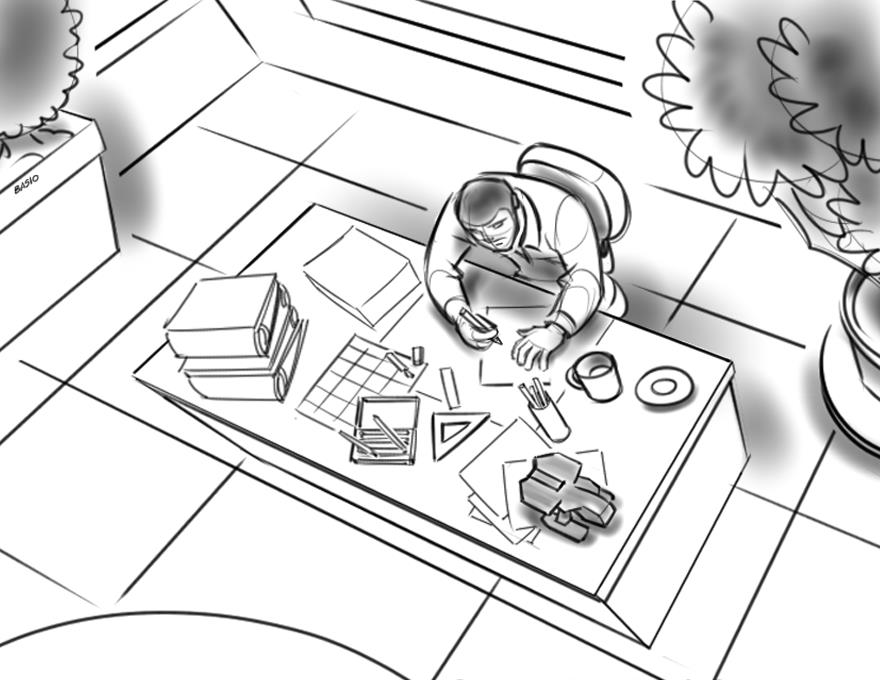 On Thursday morning Batcopter Boss was back in the office. "How's it going, [Family Man]?" he asked. "I saw the work you did on the Bat-a-rang turret, really nice."

In that moment, I saw it in his face, a flicker that indicated he knew this was coming. He knew what he had done. He then motioned me over to his desk, and we sat down opposite each other.

"What's the trouble," he asked, politely but unconvincingly.

I pulled out the check, which I hadn't bothered to deposit, and placed it in front of him. I went over the salary we'd discussed and what the amount on this check very incongruously reflected. I'd had some time to cool off so I wasn't angry anymore, but I was matter-of-fact and straight to the point. I'd moved my family across country to be here. My wife had quit her job. We'd bought a new house. We did these things because we were under certain impressions, impressions that had turned out to be false.

After I'd said my peace, Batcopter Boss didn't say anything—but his face said it all. This was no accounting error, he'd clearly done this on purpose. I asked him what he was thinking by doing this, and if he imagined I was the type of person who'd take this lying down. 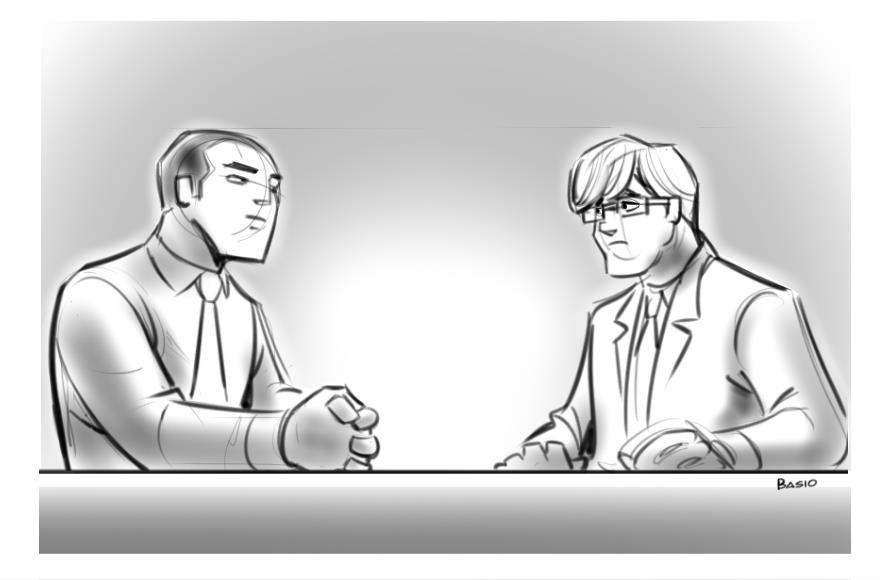 "Listen, [Family Man]," he said. "I'm sorry we had to pull this, but the fact is we needed to crew up. You know that [this big government contract] is about to happen, and when it does, we're going to be flooded with business. I need to clear the decks of our current orders, and beyond you I need to hire like three more guys, because we're going to have more work than we know what to do with. But in the meantime, funds are tight."

"That's not my problem," I said, not unkindly. "We agreed to X, and you're giving me Y. That's not how I do business."

"The contract was supposed to go through several weeks ago," Batcopter Boss said. "I thought for sure we'd have the pre-orders in by now, and that I'd have the money to pay you what we discussed."

"Again, that's not my problem," I said. I made sure to look him straight in the eye while trying not to be threatening. "If you're happy with the work I'm doing here, you'll find some way to make it right. If not," I said, bluffing, "I walk."

Batcopter Boss tried stalling me a little more, but I essentially made it clear that if he didn't man up and solve this, I was out. This was the scariest bluff I've ever had to pull, but I felt like my back was against a wall.

When he realized I wouldn't budge, he sat back in his chair and his eyes began moving around without seeing anything, which I recognized meant that he was calculating. He was silent for about ten seconds, then abruptly stood up. "Come with me," he said.

I followed him over to the smoked glass door at the back of the office. I'd learned that this door supposedly led to the other company that shared our building, though I'd never seen anyone go in or out of it; that company, also an ID firm, had their own separate entrance around back. 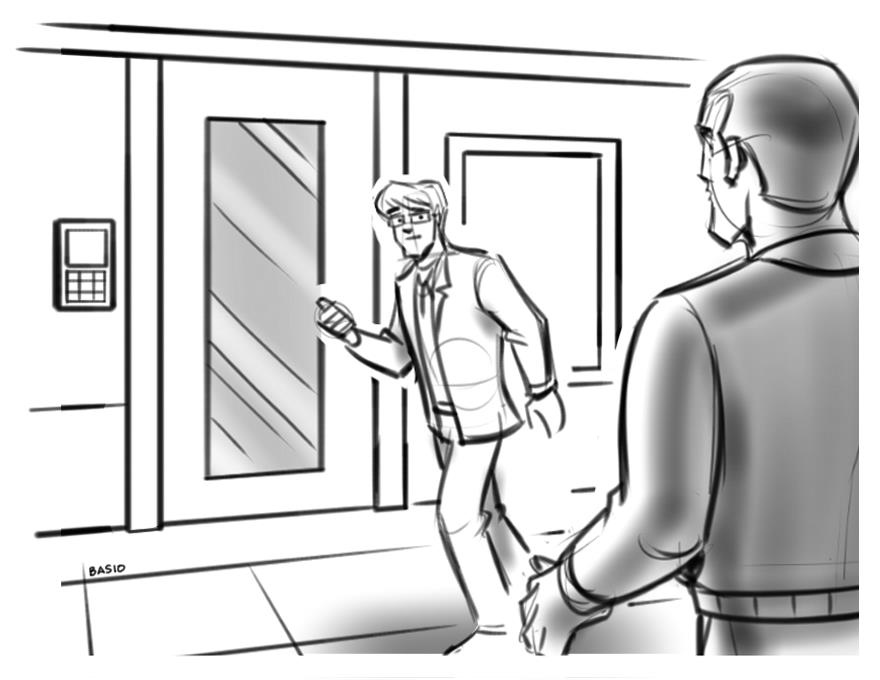 He punched in a code to open the door, then we walked down a short corridor. Then through another door, where we entered a fairly tiny modeling shop. I instantly smelled the familiar odor of sawdust, spraypaint, Bondo. A guy in a beard and an apron was running his hands over a foam model of what looked like a coffeemaker.

Another two sets of doors later we were in an office. A bear-like man, also bearded, was sitting behind the desk talking on the phone. He seemed puzzled at our entrance, and after some pleasantries into the phone, ended his call. "What's up, [Batcopter Boss]?" he said.

"[Jimmy the Bear], this is [Family Man]," Batcopter Boss said, introducing me. "He's a talented designer. And right now he needs some extra work."

I didn't need extra work, as far as I was concerned; I needed to be paid the correct amount for the work I was already doing. But I kept my mouth shut for a second, to see just what the hell was going on here.