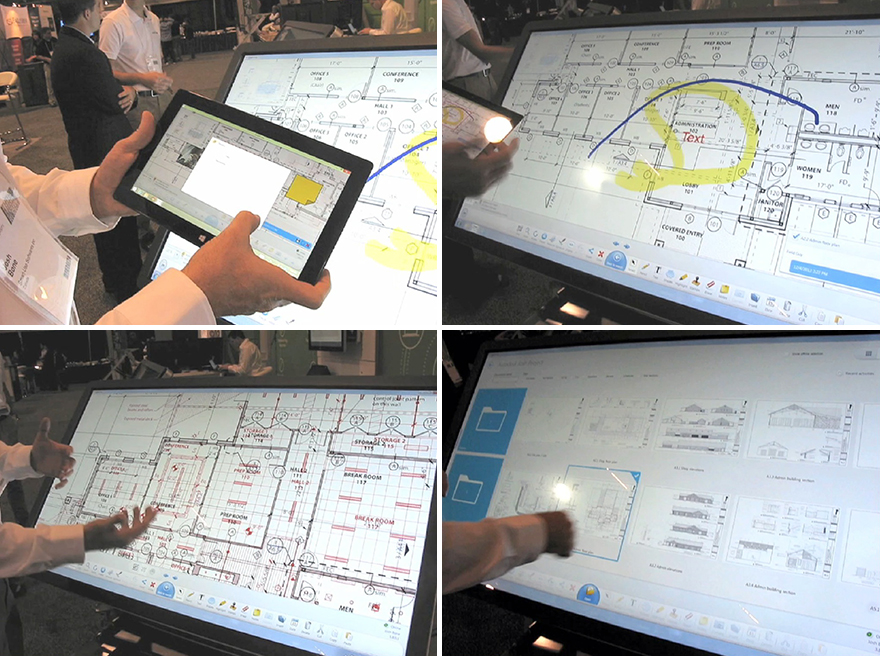 Who can forget Perceptive Pixel's big-ass multitouch display, which caused such a stir at AU 2011? We were secretly hoping the company would be purchased by Autodesk and turned to the task of cranking out high-end rendering stations, but alas, that wasn't in the cards; Microsoft scooped them up last year and essentially turned the product into corporate-meeting whiteboards, absent SketchBook Pro or other rendering apps.

But that doesn't mean big monitors with proprietary software and killer apps are dead for designers. Coming to the rescue is Montreal-based Smart Use Softwares, Inc., whose soon-to-launch S-55 Smart Table was this year's Exhibition Hall showstopper; the device was so mobbed we had to come back after hours to get a private demonstration. What we're looking at, folks, is essentially magic blueprints: