In this series, Matthew Sullivan (AQQ Design) highlights some designers that you should know, but might not. Previously, he looked at the work of Jacques Adnet.

So many design movements have come and gone in recent times, with each new one obfuscating or damning the previous, that we are often left to think that replacement (and probably a relativistic stasis) is all there is. It can seem like there is no genuine, conscientious dialogue; that the child is impervious to the parent. Whether this is an entrenched biological strategy of evolution or simply not seeing the forest for the trees is not for me to know, but . . . the feeling is certainly a drag.

Countering this tendency and this feeling is possible, but it would require a particular intelligence and temperament, a standalone perspective with buoyancy and perhaps joyousness. This person would need to have a conversational and extemporal technique for problem-solving, not inclined towards specious, ex nihilo design innovations.

Martino Gamper is such an empathic and curious personage, and is a fair and welcome exception for our times. 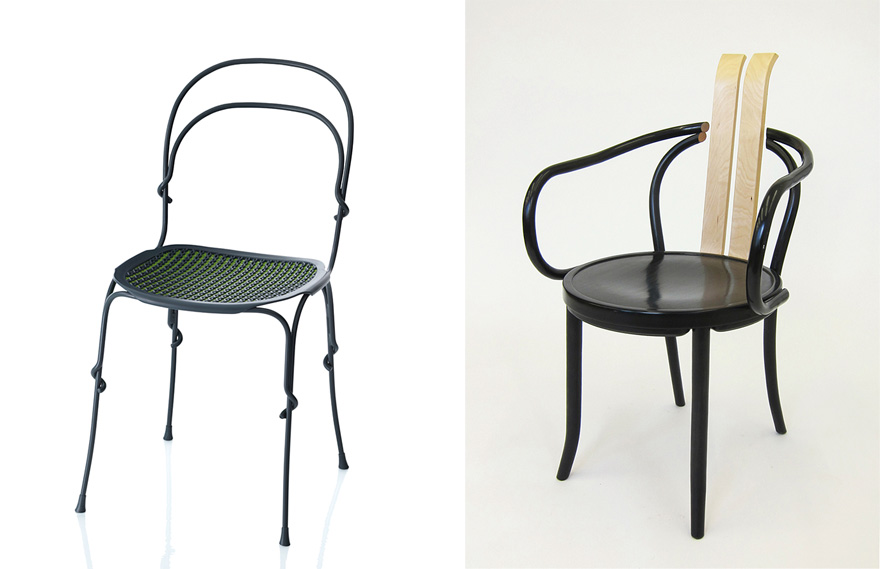 Above: Gamper's 2010 Vigna chair for Magis (left) and a chair from the exhibition Tu Casa, Mi Casa, now on view at the Modern Institute in Glasgow, Scotland.
Top image: three chairs from Gamper's 100 Chairs in 100 Days series

Gamper was born in 1971, in Merano, a Northern Italian semi-bucolic vineyard and resort region. Let me interrupt what appears to be a banal relaying of biographical info by saying that Gamper's educational/early-professional sequence is a particularly relevant genealogy. Breaking with the family business (grapes and apples) early on, he apprenticed under a local cabinetmaker and subsequently went to art school, first focusing on sculpture at the Academy of Fine Art in Vienna, overseen by Michelangelo Pistoletto (a fountainhead of the Arte Povera movement in the 1960s), then completing his studies at the Royal College of Art, London, under Ron Arad. He also had an early job working with Matteo Thun (one of the Memphis group's founders). Clearly, the ingredients for a life's work in furniture design were set.

Gamper's pieces are ad-hocced, near-sculptures of a sort-of Availablism (to borrow a term smartly coined by Kembra Pfahler). We've all seen this type of vernacular construction in gas stations, hobo camps, scrapper trucks and the booths of parking garages: a milk crate with a makeshift upholstered top, or some sort of Eames shell grafted to a discordant Victorian base. But Gamper isn't merging forms based on convenience alone; he's more of a design re-animator (referring advisedly here to the Stuart Gordon film of 1985). It's as if his improvisational capacity draws on the detritus of the entire industrial time period. His pieces are ornamental non-sequiturs, an unbelievable binary of the mundane and the uncanny, like a suite of poetic post-apocalyptic bunker furnishings. 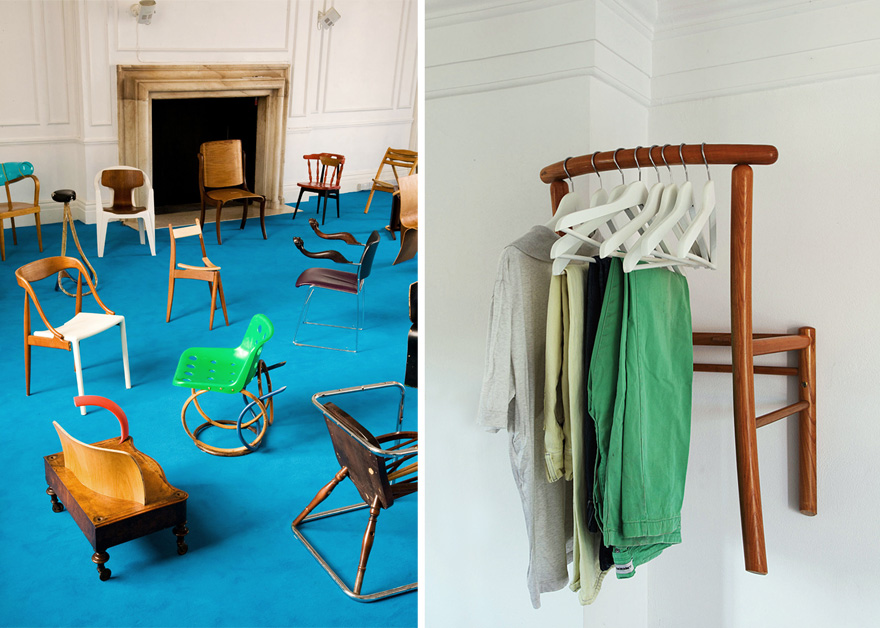 For example, look at Gamper's rack for hanging shirts, from 2010. The piece is basically a reconfigured chair affixed to a wall with a few parts removed to allow for the hanging of garments. There are ingredients here of Arte Povera, Dada, De Stijl and Mendini's Alchimia. It's like his pieces are transcending a feeling of "why not?" and opening up the design field for all sorts of as-yet-restricted, or perhaps unthought-of, avenues. It is important to say that his pieces are not just DIY novelties but act as a glue that binds so many preceding outlooks with bonhomie and zero pedantry.

Looking through the filter of Gamper's creations, it is evident that furniture design needn't only obsess about consumerist cycles. You can do whatever you want, as long as it's good. 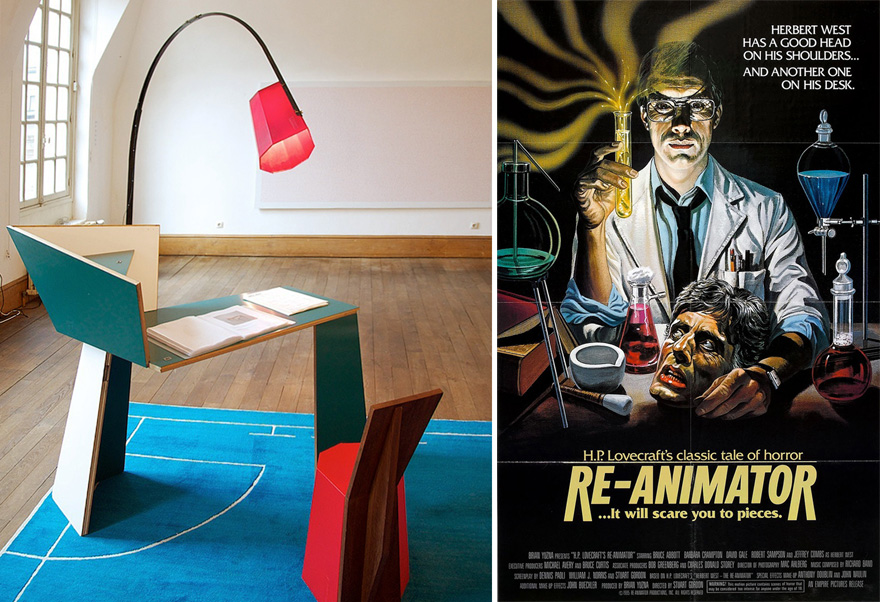 Left: a desk, lamp and chair by Gamper. Right: the design re-animator? 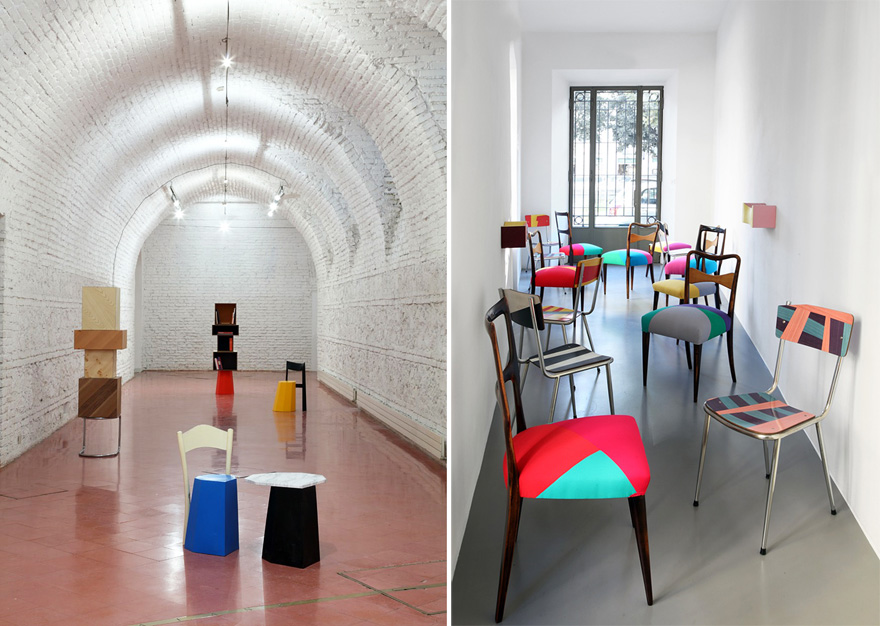 Left: a Gamper exhibition at the American Academy in Rome last spring. Right: the 2011 Condominium project for a gallery in Turin, Italy 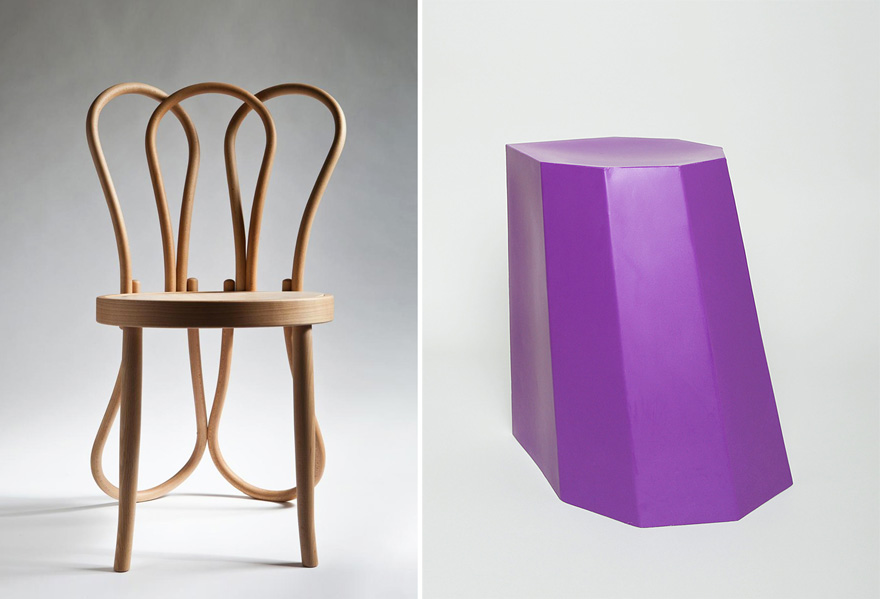 Left: a chair for the Conran Inspirations collection. Right: the Arnold Circus Stool 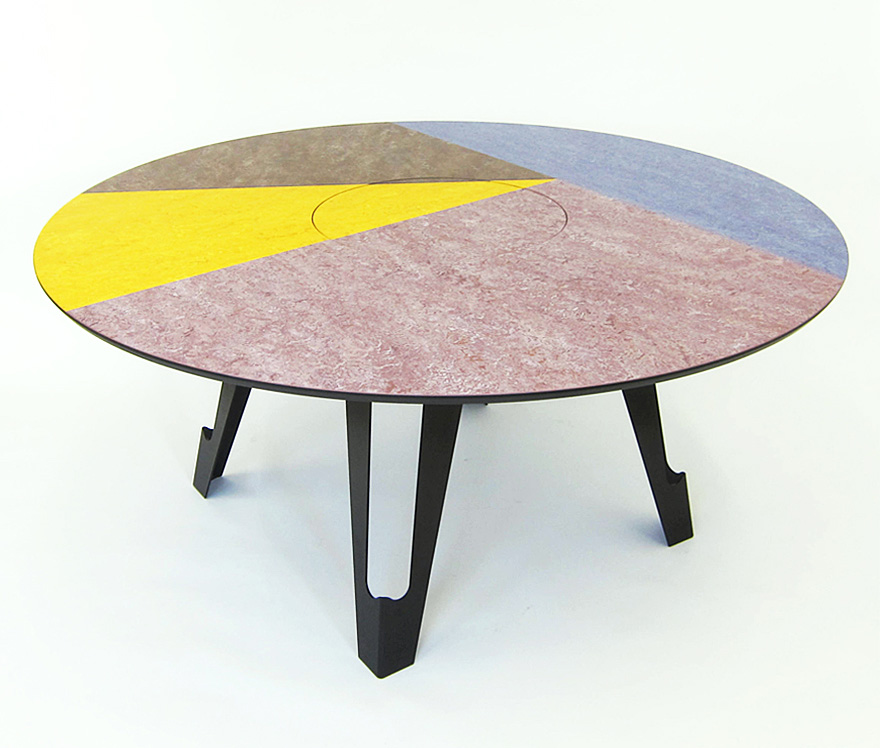 The Fragmental Dining Table, also on display at the Tu Casa, Mi Casa exhibition in Glasgow 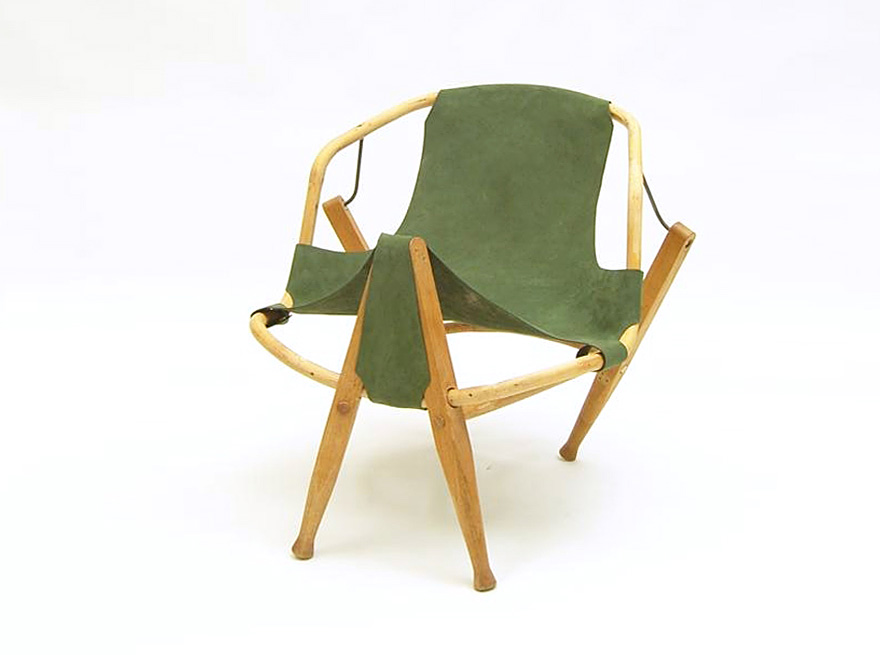