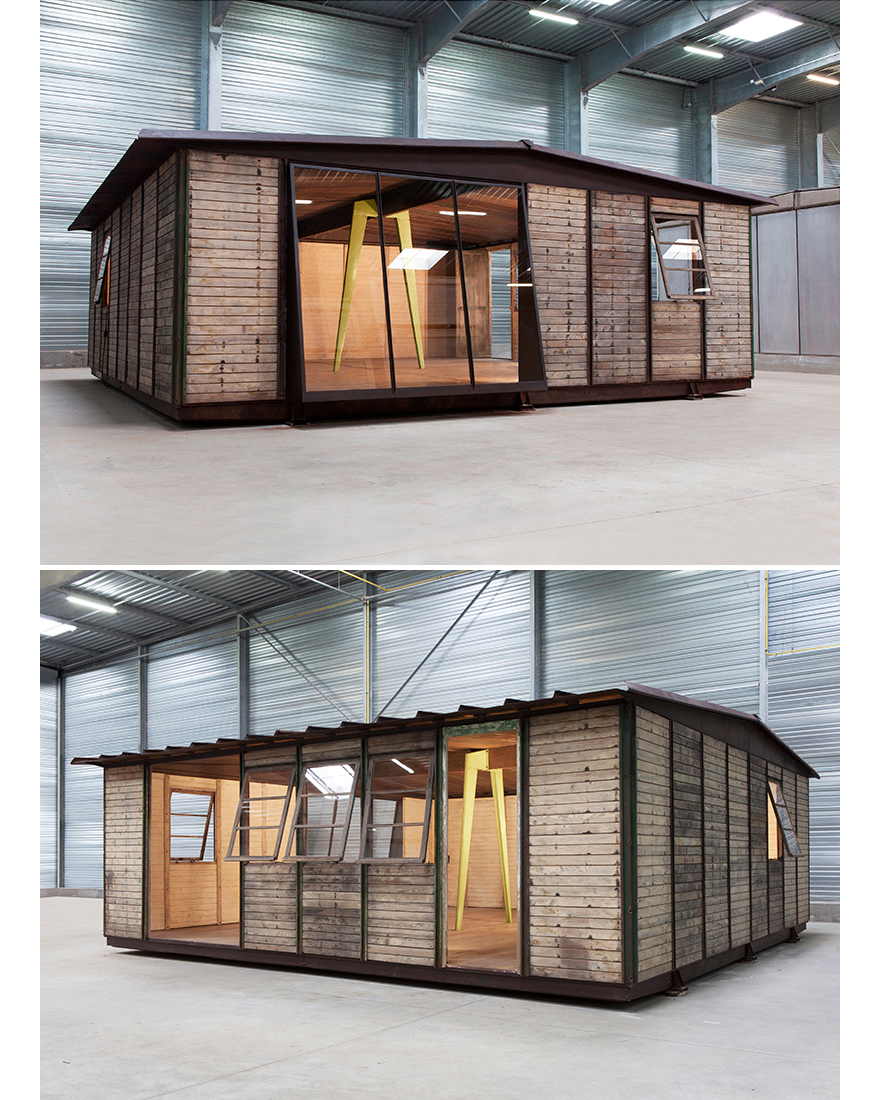 We've written about Jean Prouvé before, the designer who figured out how to create flat-pack houses some fifty years before Ikea did. While his aluminum Maison Tropicale is the one I remember from ID History, an earlier design of his, the Maison Demontable from 1945, is now making the blog rounds.

Prouve was truly a man before his own time, and his designs never saw the mass production they were so perfectly suited for. The Maison Tropicale, for instance, was intended for mass uptake in French colonies in Africa; only three were built and shipped, and two were reportedly shipped back to Paris. But French art dealer Patrick Seguin, who owns some nine Prouvé-designed houses, dismantled and shipped one of them to Design Miami. Once on site and uncrated, the Maison Demontable ("demontable" means "de-mountable" or "can be taken to pieces") was knocked back together by workers, and the process was time-lapse-video'd for all to see:

Working from the postulate that there was no structural difference between a piece of furniture and a building, Jean ProuvÃ© developed a "constructional philosophy" whose artifice-free aesthetic of functionality and fabrication applied the same principles to furnishings and architecture. First produced in small series in the 1930s, his structures were assembled and integrated with the aid of shrewdly designed systems for modification, dismantling and moving of both furniture and buildings.

Want to see the other eight Prouve houses Seguin's got? Click here.