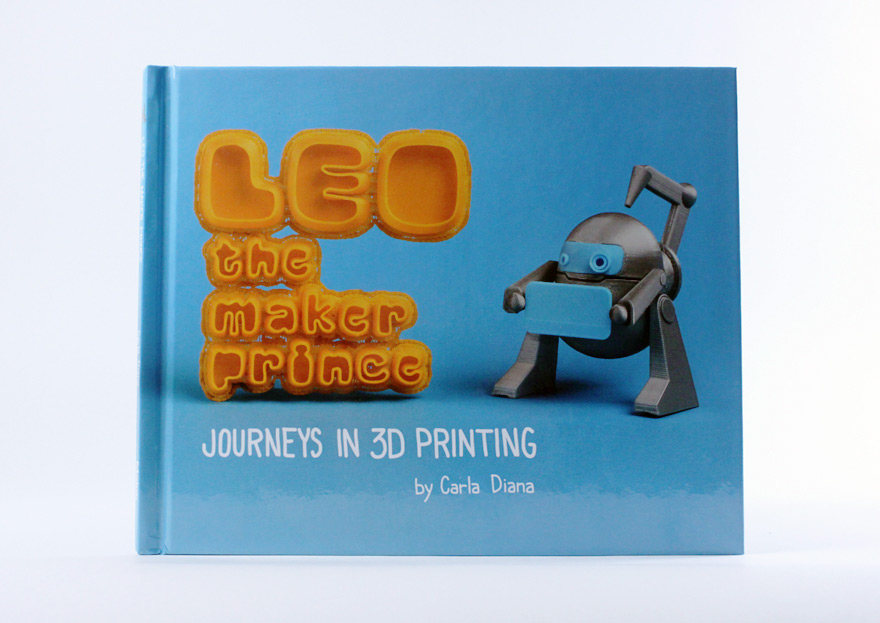 LEO the Maker Prince is a children's book by NYC native and designer Carla Diana that could well enlighten anyone, young or old, about the growing 3D printing community around us. Not only does it humanize the mechanical process of 3D printing but it breaks down the different subcategories of 3D technology and the types of materials that are out there. I bet some of you didn't even know there was more than one way to get the job done (no shame).

Although utterly fictional—as most children's books are—this story is oddly relatable, especially for New Yorkers. "I wanted to pay homage to the blossoming creative technology scene in New York City, Diana says. "In particular, I wanted to highlight Brooklyn as the birthplace of a lot of the first DIY 3D printing kits like the MakerBot." Set on the stormy night of October 29, 2012, the main character finds herself in trouble on the her way back to Manhattan, when she's looking to beat Hurricane Sandy home and her bicycle chain breaks. I won't spoil the plot, but a tiny, personable MakerBot named LEO shows up, asks Carla to draw a sheep while guiding her through the various methods of 3D printing. Trust me, it makes sense in the most adorable of ways. 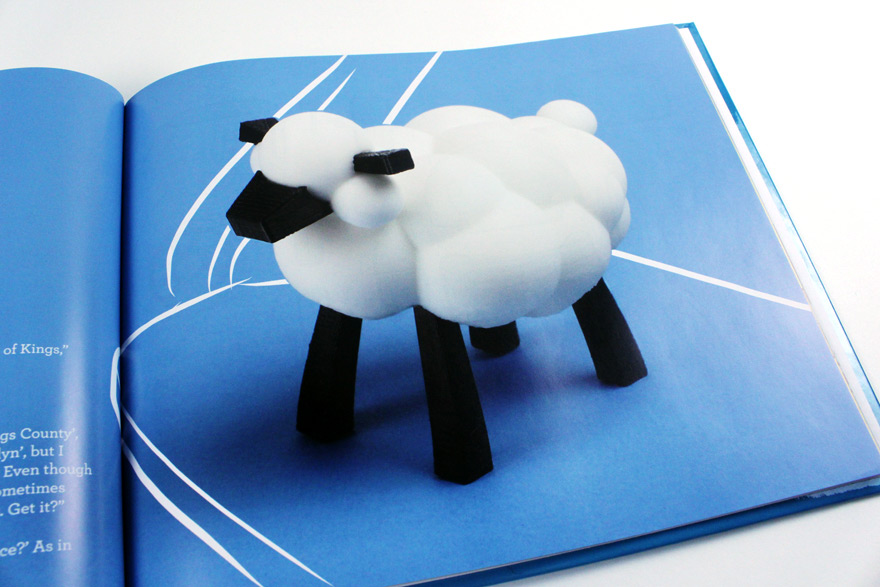 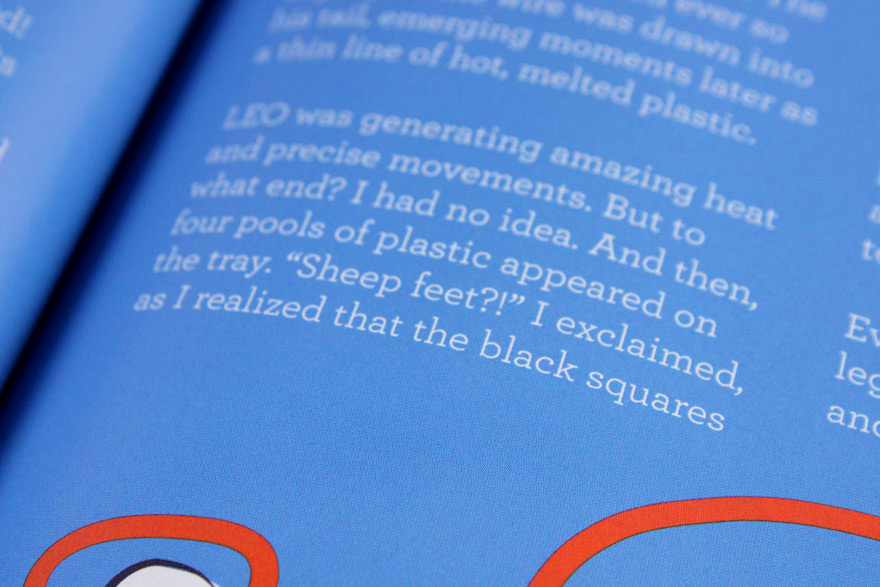 The book makes it way through Carla's wonder in witnessing her first 3D print come to life and explains the differences among 3D printers like MARK-5, H1-HO and SINCLAIR-10—all very high-tech lingo that the author manages to unveil by giving each model a character. Diana also goes into detail with the types of designers who might use each machine. 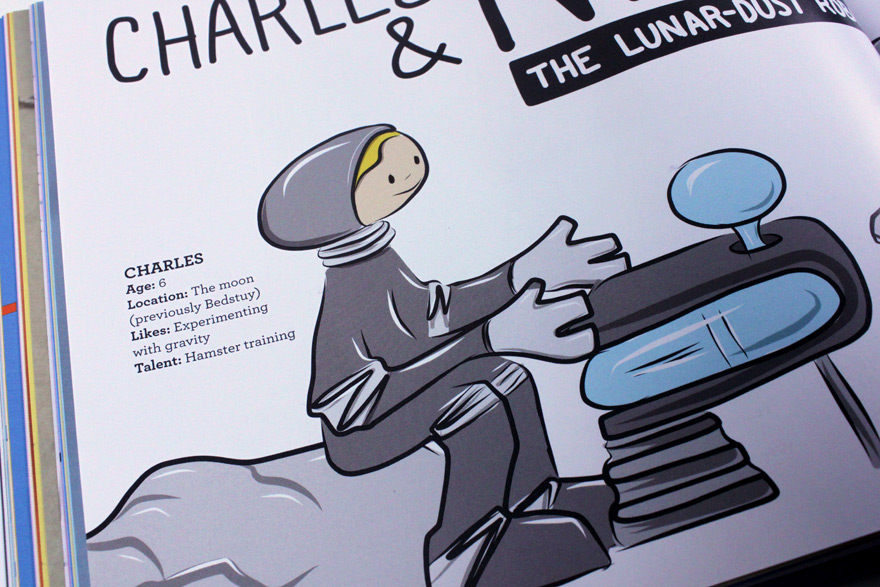 All of the 3D-printed objects that are introduced in the book can be printed with a personal 3D printer or 3D printing service—indeed, we've got an exclusive 3D file for you in this very post. The book's companion website lists all of the projects and the patterns. According to the author, the sheep pattern has been downloaded over 250 times as of press time. "Writing this book was incredibly fun," Diana says. "I typically work on very demanding consumer product design projects for high-end clients, so giving myself the freedom to dream up characters and imaginary products was a welcome break from my day-to-day." With some help from design student Alexa Forney, Diana was able to develop the objects in her story into characters. "Having another designer at my side to work through forms and sketches also helped me get through the humps and bounce ideas around," she says. "We also went through an enormous learning curve of building an intimate understanding of the 3D printer as a tool—it's certainly one that can be very temperamental at times."

Diana also collaborated with someone to help her perfect LEO's character for her young audience. "I worked with a wonderful story editor named Cindy Hanson who specializes in children's theater and she and I had a blast imagining what LEO might sound like, and what things he would or wouldn't say," she says. Diana went to great lengths to ensure that her story was as accurate and lifelike as possible:

Even the technical research part was pretty fun. For example, the part of the book that focuses on 3D printed food, I collaborated with the Cornell Creative Machines lab to learn about the state of the art of printed organic matter. We had a couple of workshops where we brainstormed together and I learned about the possibilities and limitations of 3D printed food.

With help from Hanson, Diana was able to reach out to children of all ages (as well as adults) to make sure that all of the technical parts were understandable by all. "It also helped that Hanson herself took on the project with admittedly very little knowledge of what 3D printing actually was or how it worked, so in some ways she helped me break it down into something that could be easily understood," she says. 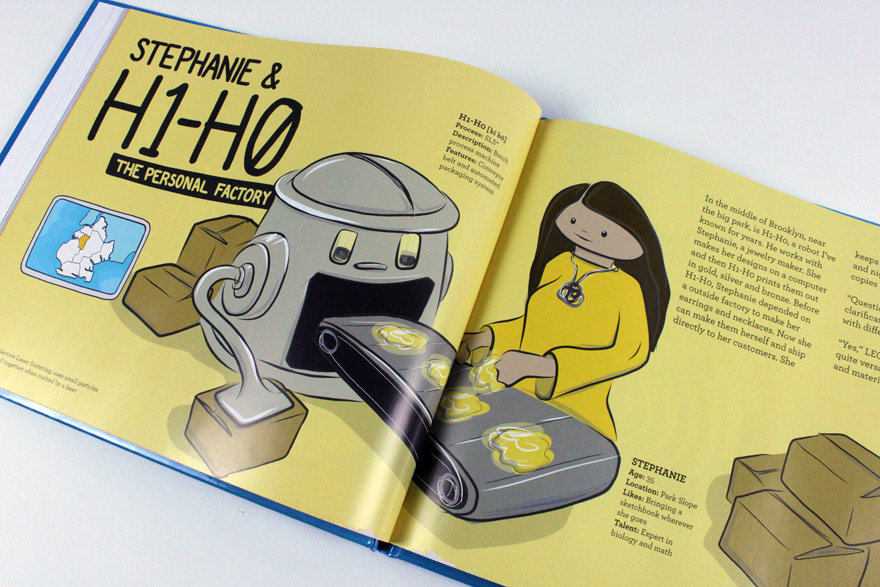 But in the midst of it all, Diana's favorite part comes back to her own passion for the 3D-printed evolution.

My favorite part was getting in touch with my own excitement about 3D printing and then turning that very real emotion into a fairy tale. When Dale Dougherty, the CEO of MAKE, interviewed me about this project, he said, "This book is fiction, but in many ways it's also real." That's a statement that really resonated with me. The sheep that Carla draws in the book is actually based on the sketches that I had done in my studio. Every day that I was working on this book, I could look back at a drawing pinned to my wall and see how the design progressed and then hold the actual sheep in my hands. Spending so much time focusing on articulating the story helped me really appreciate how magical it all is. 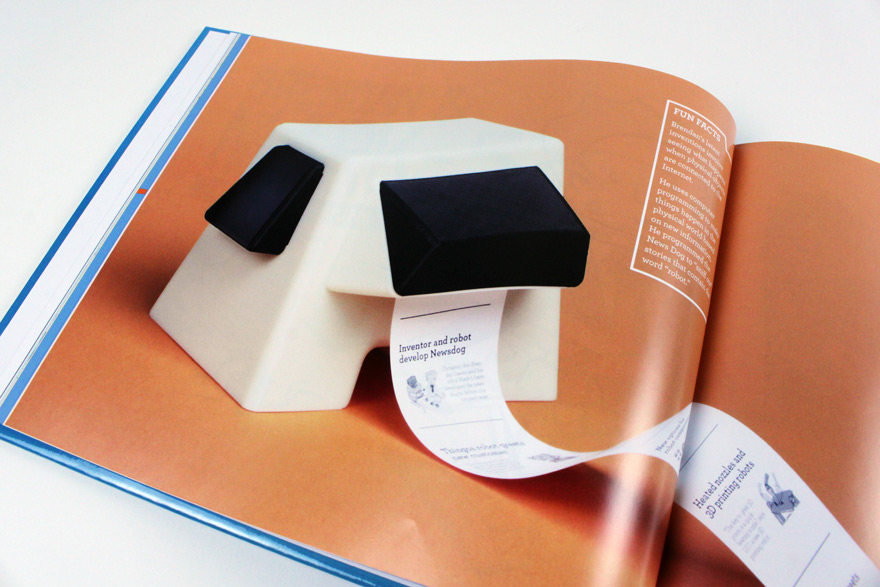 All in all, I'd say this book a must-gift for tech-inclined kids and adults alike. I found myself revisiting pages to refresh on various models/characters. You won't be bored with this book. Not only does it take a solid stab at shining a light on the many facets of 3D printing, but it also celebrates the creative spirit in adults, which is sometimes lost along the way—though this clearly is not the case for Carla.

You can find out more about LEO the Maker Prince and purchase your own copy here.