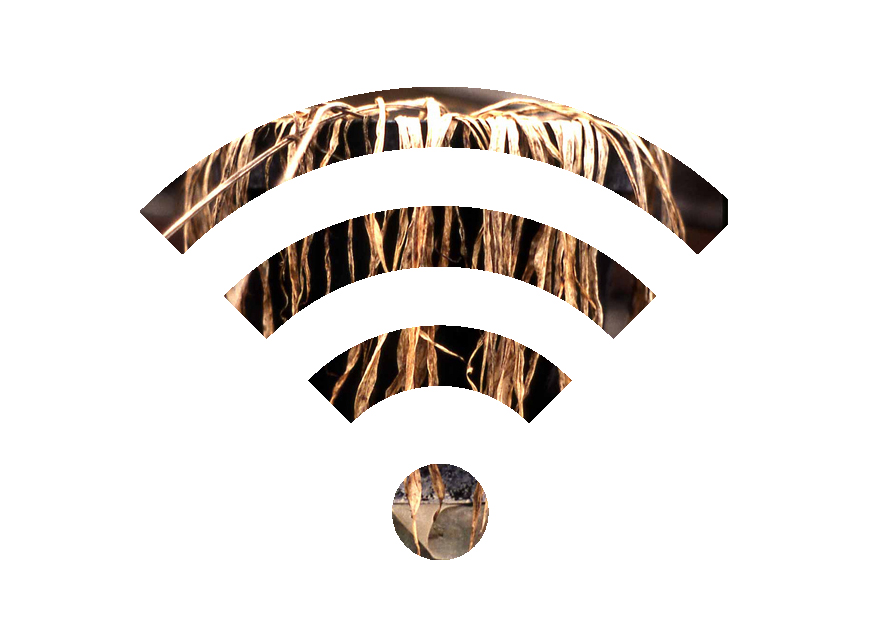 Ten years ago it was tough finding Wi-Fi, even here in NYC. But now it emanates from every Starbucks, McDonalds and Dunkin Donuts, not to mention many of our homes and public spaces like Bryant Park. No one can deny the convenience of Wi-Fi. But as it continues to proliferate, a group of five ninth-grade females in Denmark have conducted a study that reveals a potential downside.

The girls didn't set out to study Wi-Fi specifically; what prompted the study was that the students reported they occasionally had trouble sleeping, and concentrating the next day, if they slept with their cell phones next to their beds. They wondered if their phones' radiation was mucking with their bodies, but their school lacked the equipment to measure such things. So instead they substituted wireless routers for cell phones (presumably because they sit in a fixed position) and plants for human bodies, placing one next to the other for 12 days. As described by Canada's Global Research website,

The students placed six trays filled with Lepidium sativum, a type of garden cress into a room without radiation, and six trays of the seeds into another room next to two routers that according to the girls calculations, emitted about the same type of radiation as an ordinary cellphone.

What they observed over the next 12 days was disturbing: The seedlings in the non-Wi-Fi room grew normally, whereas the ones in the Wi-Fi room "turned brown and died."

The Mail Online printed a convenient explanation from critics of the study: The heat of the routers, not the radiation, was to blame. To set the matter straight, The Daily Dot then posed this to the schoolgirls' teacher, Kim Horsevad, and the Hjallerup School. Here's what she had to say:

"Some of the local debate has been whether the effects were due the cress seeds drying up because of heat from the computers or Access Points used in the experiment, which is a suggestion I can thoroughly refute," Horsevad said. "The pupils were painstakingly careful in keeping the conditions for both groups similar. The cress seeds in both groups were kept sufficiently moist during the whole experiment, and the temperature were controlled thermostatically. The computers were placed so that the heat would not affect the seeds, which was verified by temperature measurements. Still, there may be confounders which neither the pupils or I have been aware of, but I cannot imagine what they would be."

You may remember than in 2010, there was a rash of articles claiming that Wi-Fi causes damage to trees. Media hype was high, with sites like Ubergizmo printing that studies done at Delft and elsewhere "[found] that trees located nearest to WiFi radition exhibited a lead-like shine on the leaves and death of leaves' lower and upper epidermises."

The Wall Street Journal's Carl Bialik, a.k.a. The Numbers Guy, who "examines the way numbers are used, and abused" was a bit more circumspect; Bialik uncovered similar studies with conflicting data, which seemed to indicate that the jury was still out.

Perhaps the most telling quote in Bialik's piece came from Niek van 't Wout, whom Bialik cited as "the driving force behind these studies."

"As we know, all living creatures are susceptible to energy," van 't Wout wrote in an email this week. "We must think in an open mind about what is going on for the trees. As a tree you are condemned to the place were you grow. There is no other way for a tree than to adapt to his surroundings."

For their part, the girls won a regional science competition for their study, and a professor at Sweden's Karolinska Institute is reportedly interested in reproducing the study under professional conditions.

Until the verdict comes in, I'm happy to sleep far from both my cell phone and wireless router.