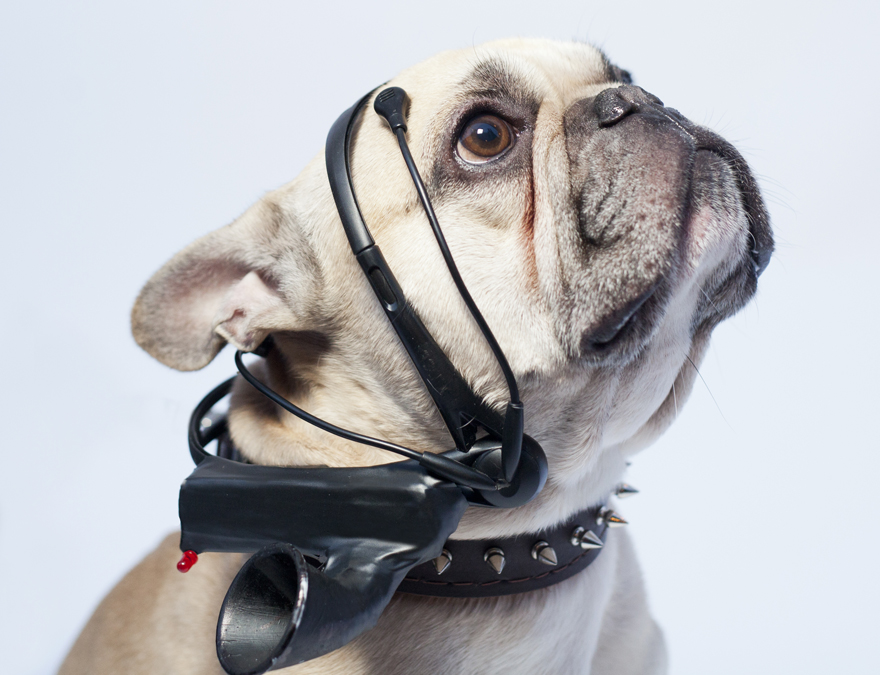 No, this isn't some kind of weird sci-fi film. See for yourself:

The seemingly "non-obtrusive" headset picks up frequencies from the dog's brain and feeds the pattern into a micro-computer located in the device. The thoughts will then be translated (using a database that is yet to be constructed) and projected through a small speaker. To find the perfect combination, the Lab experimented with different EEG sensors until they began to recognize certain consistent thought patterns coming from their test subjects. Just how much data will it take? Tomas Mazetti, Chief Discovery Officer of The Nordic Society for Invention and Discovery, shares:

Impossible to say. 'Tired,' 'excited' and 'curious/hard thinking' are pretty easy with any EEG-reading device. The other states, like 'hunger' or 'anger,' are much harder. But it's not impossible—or at least we think so. They differ from dog to dog, where the basic feelings like 'sleepy' looks the same in any dog (or even humans). 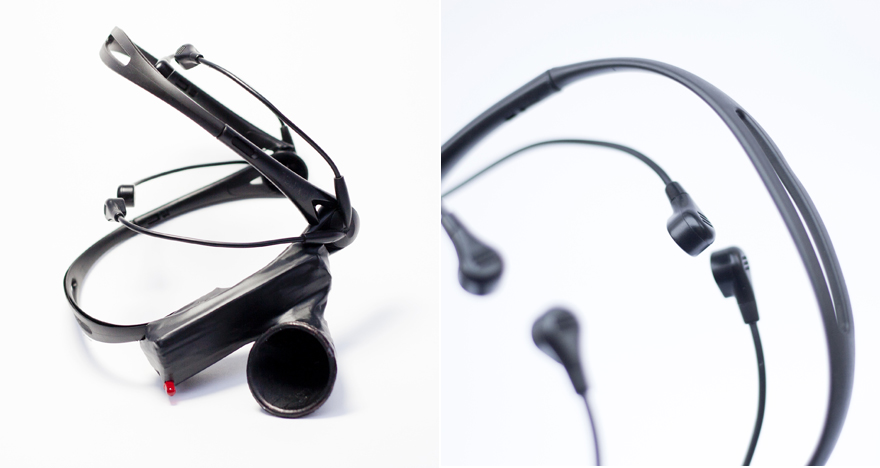 Having a pet dog can be akin to having a small child, at times—I can only image the things you would hear. Maybe they'll finally tell us what the hell they're so fixated on in the corner of the room. (You know, when your dog drops everything and just stares off into the distance like they can see something you can't.) Throughout the entire research process to date, they have learned one thing about the way dogs think. "I think it's beautiful that a dog's mind never works as hard as when he/she sees a human face they can't really make out," Mazetti says. "Like 'Who is that?'"

But the best part of the entire concept might be the fact that they're developing different voices for different "types" of dogs. From snooty to dopey, you can find a personalized sound for the dog in your life. Check out previews of the various voices on No More Woof's website. 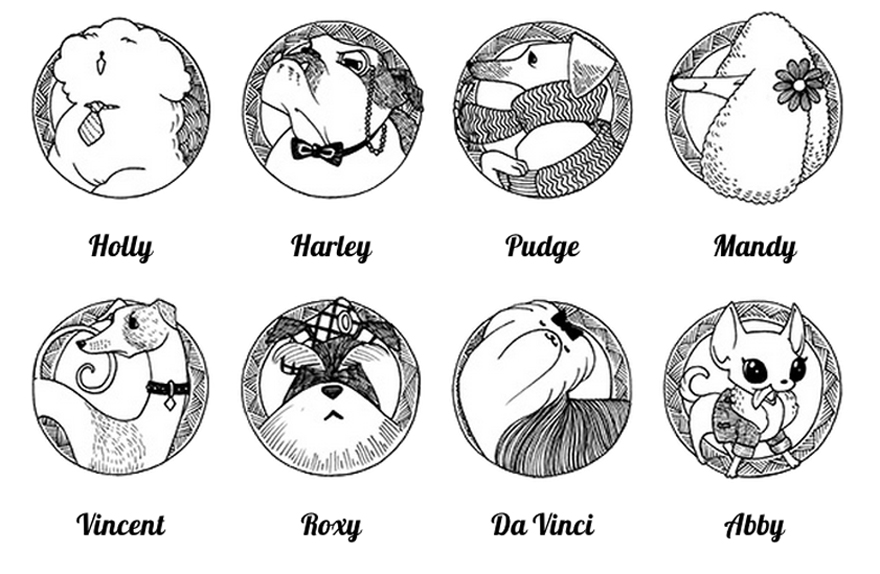 The various voice choices and some spot-on illustrations

Currently, the team has turned to crowd-funding to further their product. The device comes in different capabilities—less inexpensive models ($65) that recognize and can translate two-three different thought patterns and more expensive options (up to $1,200) that can even string together sentences for your pet.

First dogs, then what? "We don't know yet, but of course we can dream," Mazetti says. "Actually, we think it's weird other scientists haven't tried. The technology is off-the-shelf, and animals—at least dogs—actually like it. So why not try it on dolphins? We (sadly) have no dolphins..." This will be one interesting technological advance to follow.

Check out No More Woof on Indiegogo. 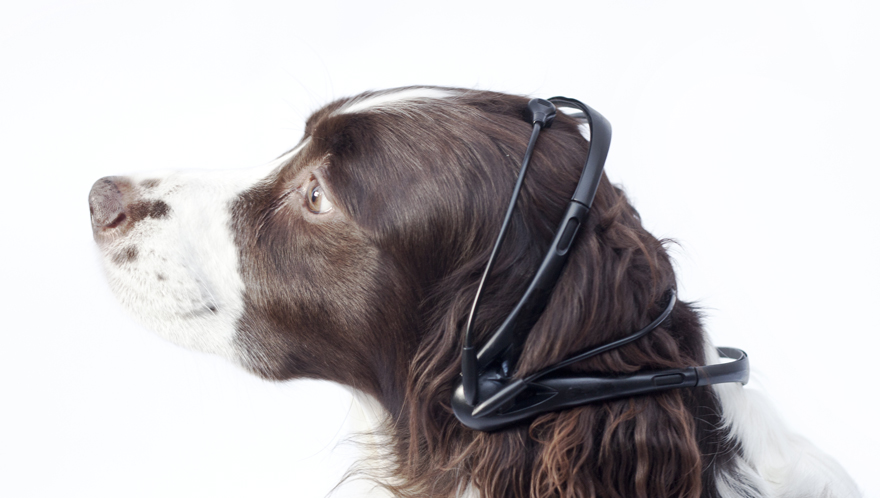