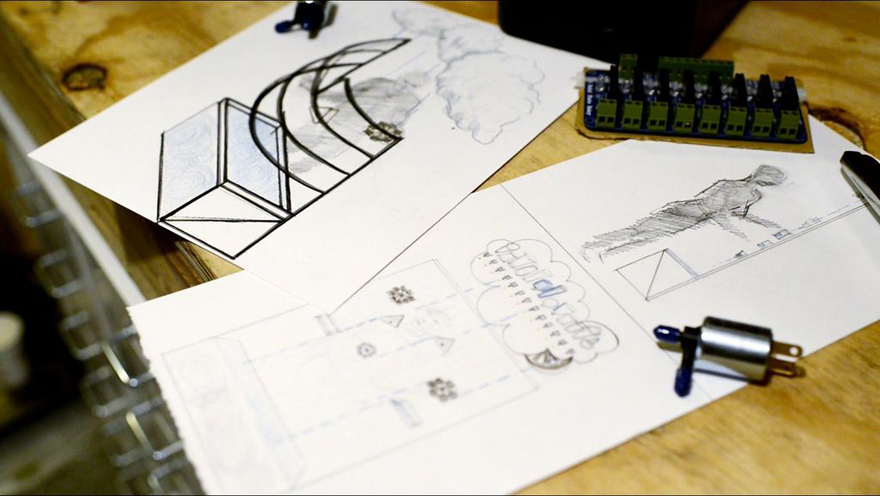 Musician j.viewz decided to take the logic from a Snapple "Real Fact" and put it to work as the featured instrument in a song. The project, one video in a series called "Re-enFACTments" by Snapple, takes advantage of one of the brand's bottle cap facts (Real Fact #453, to be exact): "Raindrops can fall as fast as 20 miles per hour." 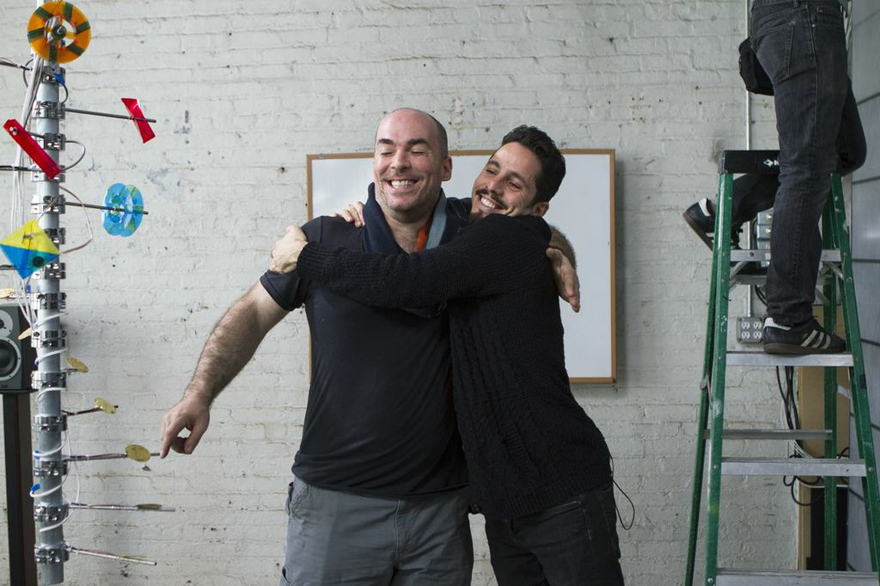 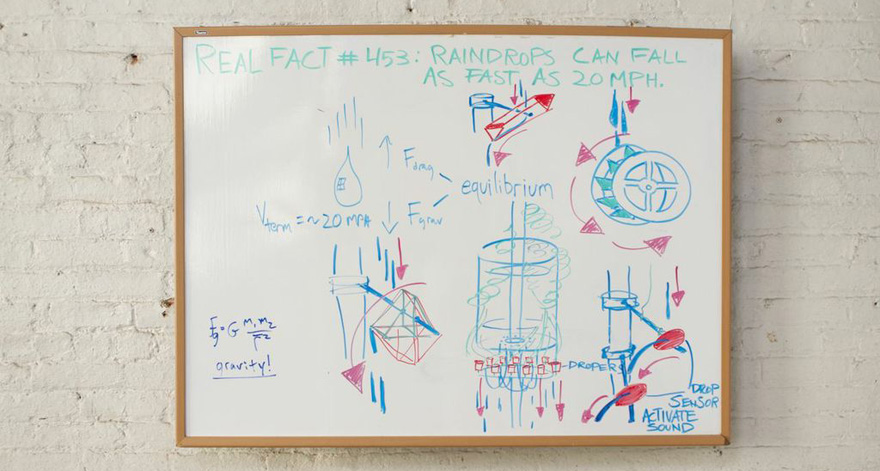 Early plans for the raindrop instrument

Check out what they came up with:

Using "special droplet dispensers," they created raindrops of different sizes that fall at various speeds. As the raindrops fall through sensors in the drum machine, they trigger different noise samples. Each drop will take a different path down the contraption, giving off a unique sequence with every drip. 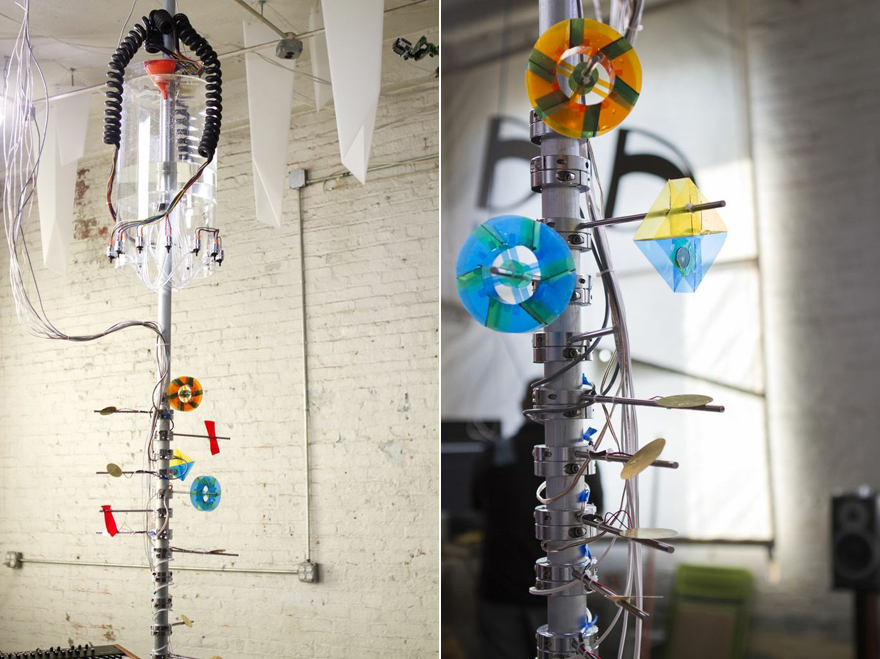 The speed of each droplet is recorded with a computer. After a bit of of toying with the placement of the device's arms, the musicians took their places behind their instruments and created their own contributing sounds to the raindrops' musical waterfall. The finished product is a Rube Goldberg-esque apparatus that would look great on a stage with flashing strobes dancing off of it. 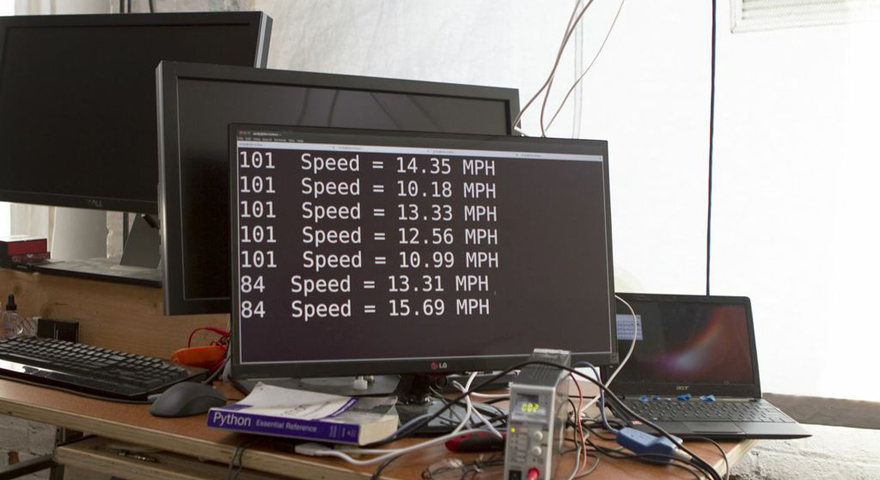 Snapple's series takes on all kind of facts and illustrates them in various multimedia-centric ways. Some of our other favorites: A portraitist depicting the origin of Abe Lincoln's beard (Real Fact #296) and a food artist creating a spread based on the actuality that dolphins sleep with one eye open (Real Fact #760). It definitely makes it easier for for us visual types to remember ridiculous little trivia answers.