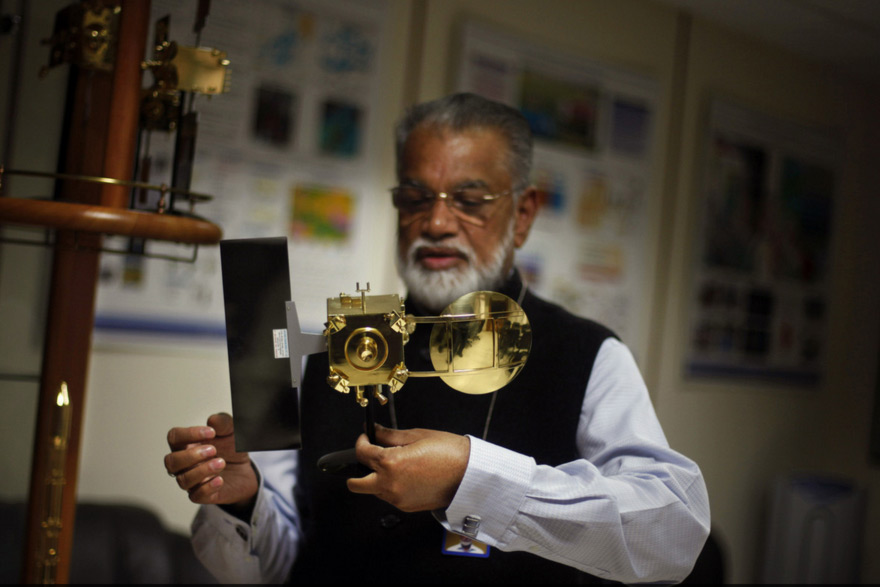 As contrary as it sounds, in 2014 designers should be more ambitious and less worried about being socially responsible. That way, we will all get to benefit more from their efforts.

Take the reaction to how India launched its probe to Mars in November. No sooner had the Mangalyaan taken off than critics slammed the project for being a huge waste of money, given that much of the Indian population live in abject poverty.

But to criticise the Indian space program is wrong for two reasons. First, it will help bring about many technological benefits that will help improve the lives of millions including the poor. Thanks to India's ongoing investment in space and weather satellite technology, many thousands of lives were recently saved from a coastal cyclone in October due to early warnings.

The second reason is that, as Samanth Subramanian, the India correspondent for The National, writes in The New Yorker, the project will give many people in India an all-important "spurt of optimism and confidence that can urge people, even for a brief moment, to lift their eyes upward and aim a little higher."

Such cause for optimism is sorely lacking here in the West, perhaps made worse as China, like India, is beginning to excel in space. China's Jade Rabbit rover is the first to land on the moon in over 40 years.

There will be much to learn from India and China's space programmes. The scientific and technological breakthroughs will help bring about many innovations, just as the Kennedy space programme did in the 1960s and 1970s.

All of this should be cause for designers to celebrate. But not so, according to what is now majority opinion in the design community, which holds that design needs to exhibit more humility and less environmental hubris.Not content with simply telling people how we should be responsible toward the planet, many designers also argue that the unmet needs of the poor—especially the needs of poor in developing countries—should be met within existing limits.

There is no doubt that there are a great many talented designers in the world. But too often, their starting point appears to be one of how to make use of existing materials, technology and know-how, instead of finding ways to challenge those same constraints.

The problem is compounded by the widely held consensus among many in the West to err on the side of caution when it comes to economic growth. Sustainability and environmental responsibility are very much at the core of Western know-how of how to help the developing world.

The United Nations Millennium Development Goals are a case in point. They form a blueprint, agreed to by all the world's countries and all the world's leading development institutions, of how to meet the needs of the world's poorest. For example, they have little to say about how to encourage investment in science and technology in order to increase crop yields.

Instead, the message is a familiar one: Reducing food loss and waste, reducing excessive demand for animal products. In other words, we must encourage less consumption, especially of protein-rich meat, while being mindful of what little else there is to go round.

When there is such broad agreement not to disrupt the environment or little stomach to exploit of more of the planet's resources for the benefit of those in most need, it can be of no surprise then, that designers tend to follow suit making a virtue out of producing low-impact ideas.

For example, take the award-winning EzyStove, an open cooker that uses a chimney that maximizes a fire's heat output and burning efficiency. It claims 40% better efficiency than traditional three-stone fires. Its other benefits include producing much less harmful smoke compared with cooking over an open fire—typically done indoors where poor ventilation is a common health problem.

Designed by Swedish firm Veryday (f.k.a. Ergonomidesign), it is manufactured in China, and, according to its website, "Sold Everywhere." Notwithstanding its practical benefits, the real innovation of EzyStove is that it is sold as a business eco-system, tailor-made for poor entrepreneurs in places like Africa, where they might grow a micro-enterprises into a business.

Upon placing an order, one receives in self-assembly packs of five or more, with discounts on larger orders. As the website marketing blurb goes on to say 'instead of a product, your customers buy into system that brings them back to you time and time again for replacements, increasing loyalty and improving your bottom line.'

The sustainable business model ethos of EzyStove is shared with others who believe it is an important way to eradicate extreme poverty. Dr Paul Polak and Mal Warwick, co-authors of Business Solution to Poverty, Designing Products and Services for Three Million New Customers, argue in an essay on how to tackle poverty in India, change should start on a small scale, with "growth centered specifically in the villages where most poor people live, not urban-centered growth that generates only a trivial trickle-down impact."

Their argument is entirely plausible. Certainly Ezystove has improved the lives of many thousands. However, does it also mean much larger attempts at industrialisation and development are not worth investigating?

In China, at least, through their huge investment programs, they have slowly begun to raise living standards, including those of the extreme poor, where for the first time in history, there are now more people living in towns and cities, with fewer people in extreme poverty. Certainly cause for celebration.

While the Chinese style of development could hardly be called steady and even, must we only believe that growth should only happen on a local and sustainable scale? Is the only answer to provide subsistence goods and services, or is there an alternative: can designers help in some way?

By collaborating with engineers, scientists and architects, perhaps they can. For example, well-designed 3D CAD software interfaces help architects create master plans for new towns and cities, visualising how infrastructure and resources fit together. Designers are also an integral part of helping people get around more easily: signage, information systems to the prototyping and design of transport systems. The problem isn't a shortage of skills. Rather, it is a matter of being more ambitious in thinking up ways that designers can help.

Take the exploration of space. The Indian Regional Navigation Satellite System (IRNSS) has launched the first of seven satellites in July this year. By 2015, it will have established a network that will serve not just the military, but will also support many civilian uses—including India's many farmers. Its total cost is estimated to be $238.6 million.

The implications are enormous. Anil Rajvanshi, director for the Nimbkar Agricultural Research Institute (NARI) in Maharashtra, India, told The New Indian Express that space technology could benefit industries including agriculture.

Indeed, the opportunity is to make use of advances in Western agricultural technology, such as the growing area of Precision Agriculture (PA). With it, a farmer can more confidently rely on GPS and satellite imaging and positioning data to precisely understand about the "status of his crop and which part of the farm requires inputs like water, fertilizer and pesticide etc."

There are other knock-on effects. Those many millions of farmers too poor to own their own machinery can benefit from PA technology, because it can help them better plan when to hire costly equipment—equipment that would otherwise sit idly.

But Rajvanshi continues, noting that the Indian agricultural industry is at a critical moment: "Without excellent manpower and consequently good R&D, PA will not succeed." He calls on the skills of agricultural engineers and scientists to help explore more its potential of dramatically improving India's agricultural food production.

The problem is that although ideas like EzyStove generate a lot of attention and win awards, much larger-scale projects, like how to develop PA technology in India's agriculture industry, seem to get ignored. The design world can appear to only focus itself on socially responsible projects, that are about fulfilling the designers' own worldview, as they are about helping the poor.

The predicament of how to help the lives of people—whether they're poverty-stricken farmers or impoverished families with little access to decent cooking technology—is an extremely tricky one.

Helping the fortunes of many millions of people—not just thousands—will require a lot of ambition and imagination. How to do that is one of the most pressing socially responsible questions we have to answer.

Martyn Perks is a management consultant, writer and speaker on design, technology and innovation.