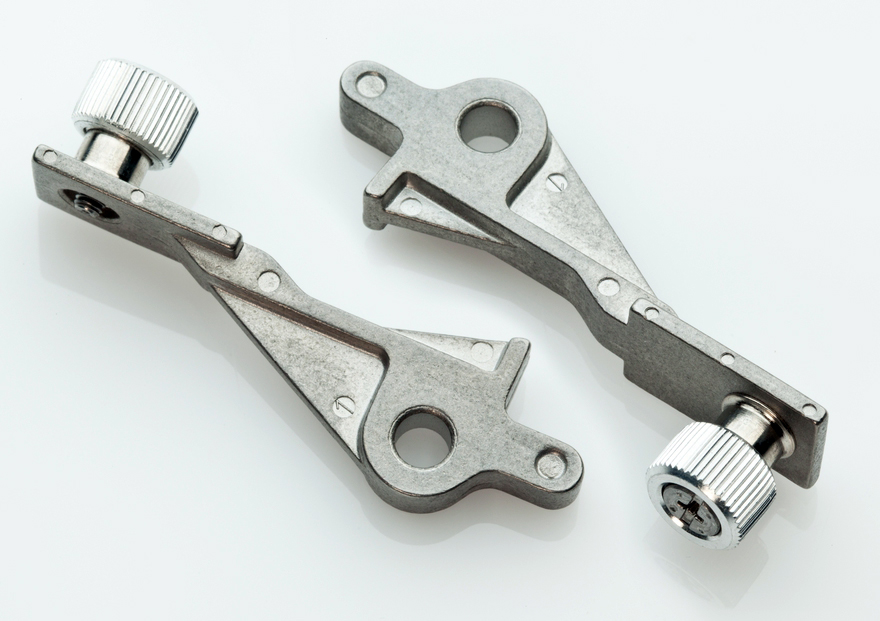 Expensive, and cool. Metal injection molding can be used to create small, complex metal parts that would be too difficult to machine, and it affords higher tolerances than casting. It's accurate enough to mold tiny threads, as you can see on the shaft of the arrowhead below: 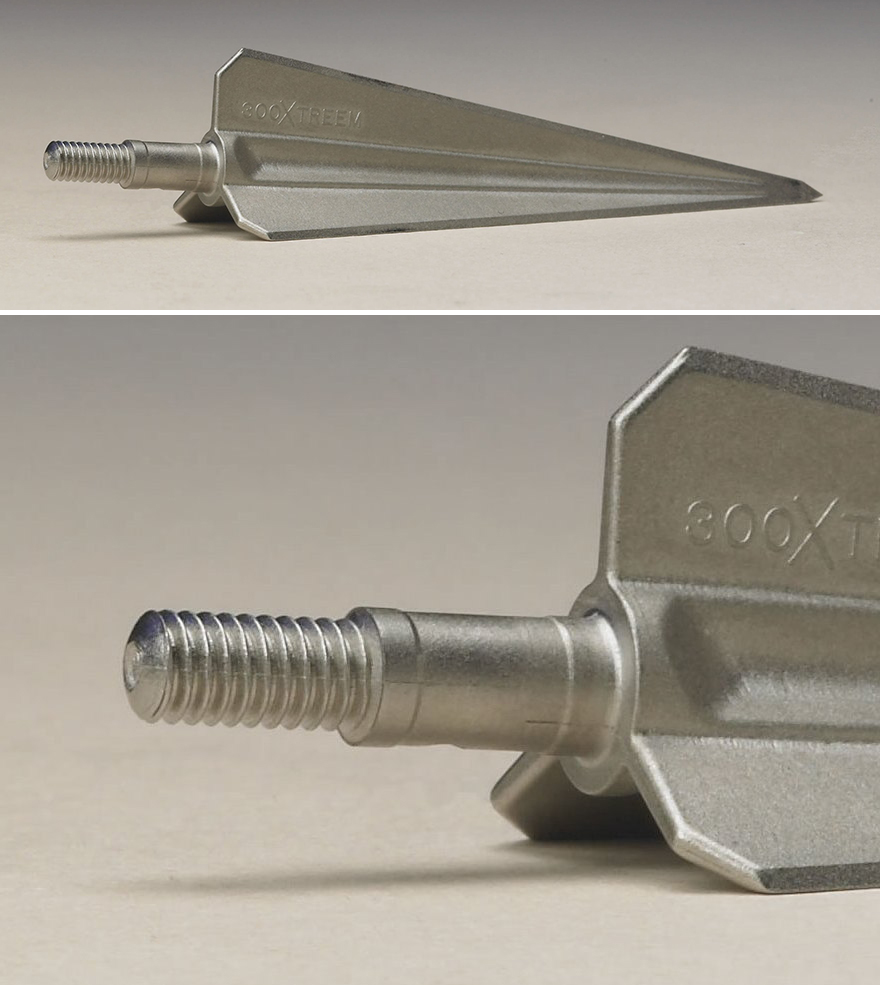 Here's how MIM works, and this should give you an idea of why it's so pricey:

First, super-fine metal powder is mixed up with a binder of wax or plastic. Disturbingly, they call the resultant mixture "feedstock." The feedstock can then be loaded into an injection molding machine and shot into a mold, albeit in small amounts—about 100 grams (3.5 ounces) maximum per "shot," which means if you want to mold a larger piece, you need to fire multiple shots into the mold from a variety of locations, in order to get full coverage.

What then comes out of the mold is known as a "green" part, containing both the metal and that binder. Next they essentially smoke out the binder by applying chemicals or heat, vaporizing or dissipating the stuff. With all of the binder gone, the resultant item is referred to as a "brown" part, and now it's sort of like Swiss cheese; there are little microscopic holes where the binder used to be.

Obviously this type of porosity renders the part fragile, and it's not yet ready for prime time. So they then throw the thing into a furnace, sintering the metal together. (It's sort of like melting a block of Swiss cheese so that the material melts into the holes, except with MIM the part holds its external shape.) Now you've got your finished part, and it is essentially just as strong as metal parts manufactured using more traditional techniques.

To give you an idea of when you'd want to MIM, think of, say, the extruded cooling fins you've seen on a heat sink. Then imagine your design instead calls for cooling fins that are not only far tinier, but look like this:

And how small can you go with MIM? Crazy small--check out these MIM'd parts:

It is possible that MIM may actually move its way into the public lexicon after all: The rumor mill has it that Apple's iWatch is going to be metal injection molded. The latest rumor, in fact, suggests that they're having problems surface-treating their finished MIM parts, which actually makes me excited rather than disheartened: It means they're doing something we haven't seen before, and that no one has yet mastered; so once they work out the kinks, we'll get to see something pretty unique.