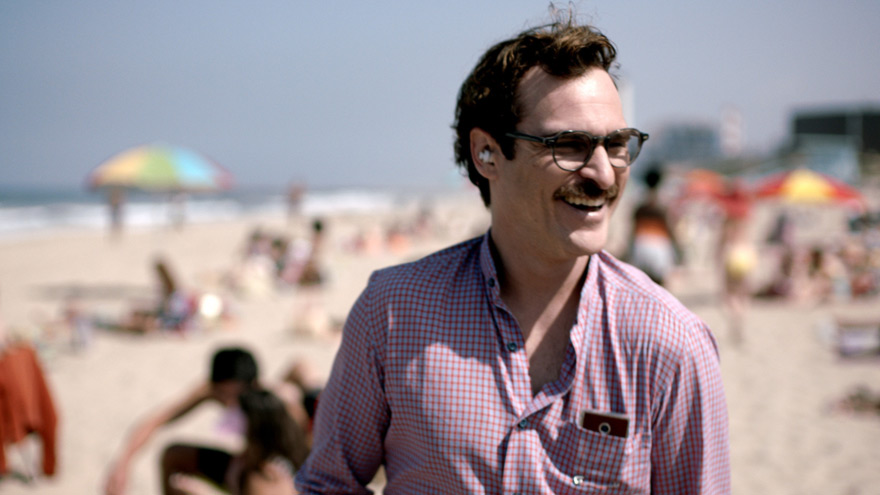 A few months ago, our columnist Fosta sent me the text of his bi-monthly column, in which he proposed a design philosophy that he dubbed "The Future Mundane," which was among the more though-provoking pieces in recent memory. When it came time to reflect on the Year in Review, I had originally intended to frame my piece on 2013 in technology in terms of practical yet powerful hypothesis, only to end up with an obliquely apologetic rejoinder to Christopher Mims' 2013-Was-a-Lost-Year-for-Tech polemic. In a sense, it's two ways of saying the same thing: Even though reality often doesn't live up to our expectations, there's no reason not to expect it to be better than it is.1

Indeed, the Future Mundane is as much a symptom of our impatience or outright frustration with the current generation of technology as it is a measured optimism about the next one. We might reduce the sentiment to the 'megapixel effect': we've been indoctrinated to believe that more is always better when it comes to digital cameras, despite the the fact that the spec feels vestigial in the smartphone era. We may think of ourselves as discerning consumers, skeptical of marketing hype, but at some level, we are conditioned to judge new things on a superficial basis, whether it's a GIF of an interface breakthrough or the lackluster specs of the latest new smartphone.2

Lost year, maybe. But the Future Mundane is also a manifestation of a parallel theory of material culture, Naoto Fukasawa and Jasper Morrison's notion of 'Supernormal,' which speaks to the process of becoming mundane.

I invoked the ever-relevant hypothesis in an [e-mail] interview with the former and IDEO's Jane Fulton Suri, whose 'Thoughtless Acts' nicely complement so-called 'curious rituals'—device-engendered behaviors, postures, tics, etc.—as subconscious adaptations to the objects and world around us. This is the metadata of reality, which are not subject to prognostication and can only be contemplated in hindsight.3

All of which speaks to the transcendent breadth of cultural context in stories about the future. Parallax motion is a useful metaphor: Near or far, the future will be populated by an accretive totality of timeless heirlooms and novelty items alike; damaged goods, obsolescence (planned or otherwise), and buggy betas; slow-moving institutions alongside visionary products and services; as well as a persistent horizon of expectations. Taking an anthropological longview, science fiction cannot possibly take all of these things—which collectively constitute a world—into account. But these seams in the fabric of a future reality aren't plotholes so much as 'storyholes' (see Fosta's distinction), and a cohesive narrative and compelling plot will supersede any gaps or oversights.

Which brings us to Her. Along with a telling clip from Minority Report and a few shorts, Fosta also saw fit to include the trailer for Spike Jonze's then-unreleased film, which opened just a few weeks ago. I'd describe it as a winsome sci-fi twist on a classic boy-meets-girl formula, but this grossly understates its richness: The fact that the romantic comedy is not a genre-bender is precisely why it's a compelling piece of design fiction. The auteur forgoes special effects and A.I. tropes, astutely glossing over the technical details of "OS One"—the very premise of the film is a sort of deus ex machina beyond the wildest dreams of Greek tragedians—with a laser-like focus on a well-crafted narrative.

But it's the unseen OS that steals the show, despite (or perhaps because of) her lack of screen time. Voiced by Scarlett Johansson, Samantha is friendly—flirty, even—from her first few phrases, uttered with convincingly human sincerity, and her easy rapport with Theodore is a leap from Siri's woefully confounding/confounded attempts at small talk (meme notwithstanding). Forgive the lack of citation, but I recall reading somewhere that a sense of humor should be the holy grail of A.I., and Samantha's chipper demeanor fits the bill and then some.

Jonze's version of machine consciousness is but a mirror for ourselves, and in some ways, the film is a feature-length wink at our quasi-solipsistic device dependence. A significant percentage of the film consists of overhead close-ups of Theodore's face as he lays in bed—I left the theater with an intimate knowledge of Phoenix's pores—conversing with his disembodied companion, his escape to virtual reality afforded by an embedded earpiece, like a tiny, protective shell for some kind of inside-out hermit crab.

Even so, the director's deliberately unironic treatment of technophilia—Theodore's friends accept his virtual relationship without question (inevitable corny neologism: beau+OS = beau-S?)—suggests that the commentary runs deeper than face value. He's not concerned with tech-induced anti-social behavior but rather how Homo sapiens is 'programmed' to experience the world and other consciousnesses in a certain way. To the extent that she is real to Theodore, the fact that Samantha is incorporeal doesn't matter, and he might just like her better that way.4

Of course, Samantha does have a body, or at least a physical form: In Jonze's version of the future, smartphones resemble miniature leather-bound books, about the size of a deck of cards, with a porthole-like camera roughly where the center of a reel on a cassette tape would be (he was reportedly inspired by a vintage lighter). It's a twee prop to complement Theodore's high-waisted trousers—a token, perhaps, but not an object of any particular attachment—and there's actually a kind of post-materialistic vibe to the entire film despite the considered interiors and costumes. Pants aside, the general aesthetic might be described as understated, Muji-esque meticulousness.

Meanwhile, flawless voice recognition has spelled the end of input devices, and interfaces consist only of touchscreens and (presumably context-aware) microphones. This much is apparent from the opening scene, in which we hear Theodore dictating what we soon learn is a "beautiful handwritten letter"—dot com—for his viable day job of the future.5

Thoughtful though the details may be, these cues to the texture of the future are largely incidental; the as-yet-unattainable breakthrough at the heart of the film is more subtle. In fact, it's the very basis of the viewer's suspension of disbelief: Samantha is seamlessly integrated into the flannel of Theodore's life as a kind of UX nonpareil—there when he needs her and all but invisible (so to speak) otherwise. Her breathy on-demand omnipresence comes from nowhere and everywhere at once—the sensation of being hermetically sealed in headphones is certainly familiar to the general public by now—to the effect that the external world not only fades into the background but is entirely mute. Samantha is all signal and no noise.

Thus, Her takes us to the far side of the uncanny valley (there's a questionable mixed metaphor about the Silicon one or L.A. in there somewhere): As a consummate A.I., Samantha transcends categorization as artifice or artifact. Theodore repeatedly describes her as "excited about the world"—the lush cinematography helps—but what he really means is that she has factory-reset his outlook on life. Everything he discovers along the way was there all along, which brings us back to the point that we live in an age of novelty for the sake of novelty. But where he muses on "amazing future technology... sitting atop a Victorian chest of drawers," which invariably evokes an object, Her points us toward the intangible, everywhere in between the warm MCM furnishings and serene cityscapes.6

So yes, at risk of oversimplification, the sci-fi aspect of Her is nothing more than a meditation on software as therapy. The parable, however, is nothing less than art: Connectivity is the dogma of the digital age, but what we're really looking for is someone on the other end.