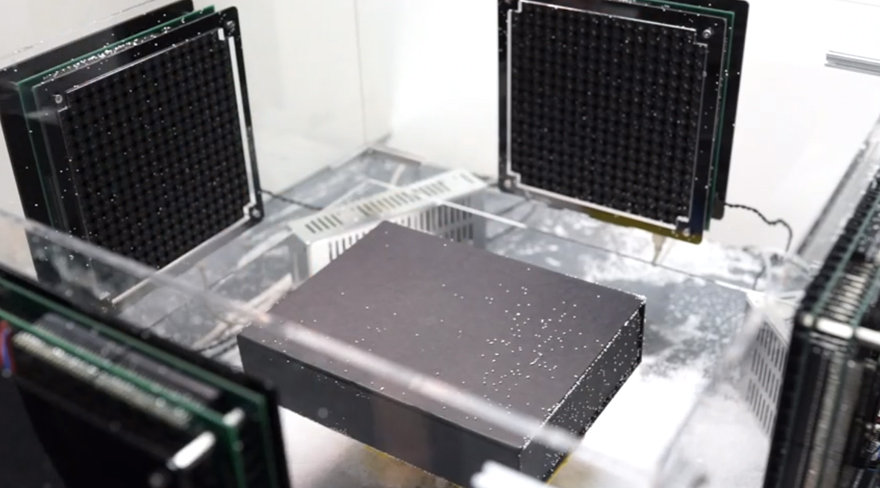 There's no denying that levitation of any sort is pretty awesome—whether you've only seen it in movies or our previous coverage of magnetic levitation, levitating table lamps or this hovering LED. There's something about seeing something move with no visual force that's so intriguing. You may have seen this shape-shifting water video from science and illusion videographer Brusspup as it hit the Internet early in 2013:

It's a neat trick—but so last year. For the beginning of 2014, we've got a one-up on the old sound wave vs. water trick to kick off 2014 the right way. Three Japanese engineers—Yoichi Ochiai, Takayuki Hoshi and Jun Rekimoto—from The University of Tokyo and the Nagoya Institute of Technology found a way to manipulate sound waves to move different particles through three-dimensional space.

A bit of dry ice reveals the sound waves' pattern

Take a look for yourself:

Their surprisingly silent machine uses four speakers to create sound waves from different angles. The waves intersect at one focal point, pulling the particles in their path with them. The waves are manipulated via external controls. The video offers a slightly diluted visual explanation, but close to anything (in proportion to the size of the sound waves) that isn't too heavy can be hovered by finding the focal point of the waves. 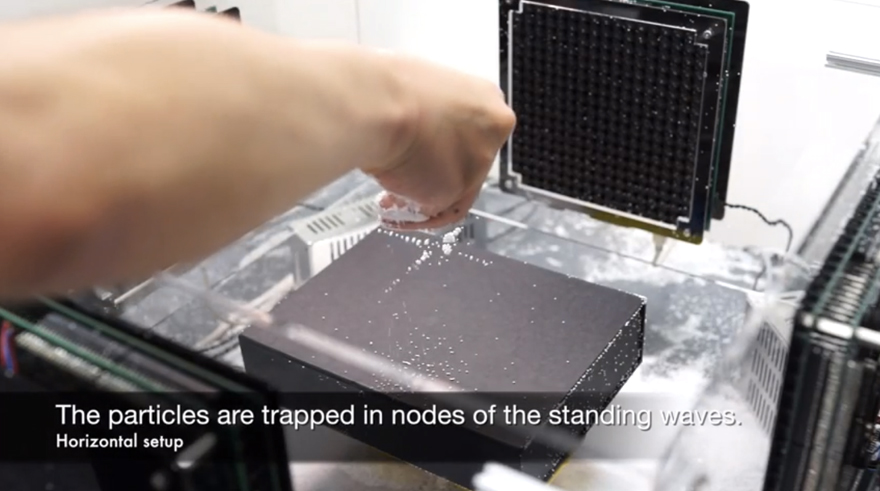 It might not be as easy to reproduce as the water trick we started out showing you, but it's something we can look forward to seeing more of (we hope). Just think of the possibilities—floating stuffed animals whizzing past your shocked kids' faces, paper pass-offs to your boss sans hands, Matilda-esque book flights—it's wishful thinking, but a tech-inclined prankster can only hope.