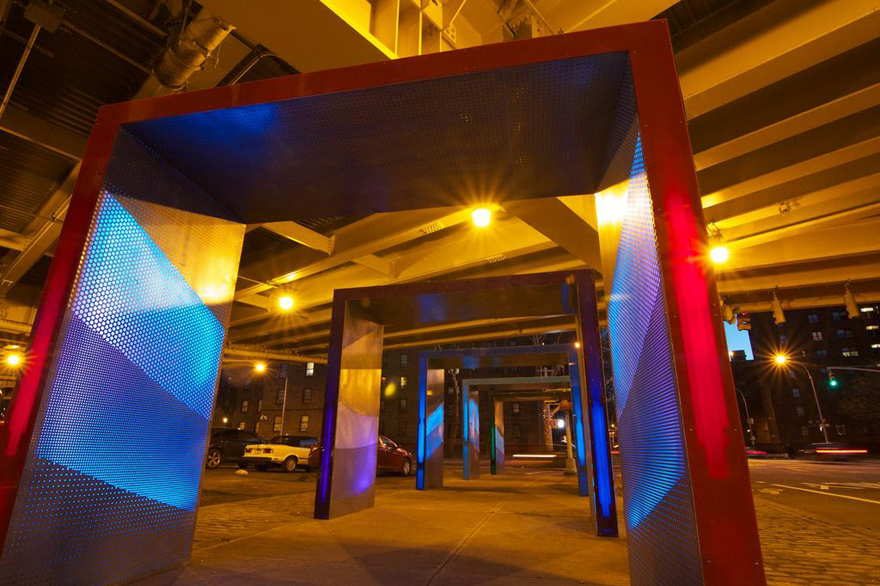 Trying to find some sort of beauty in the noisy traffic of a busy city street probably isn't your first thought as you're walking down an overstimulating sidewalk. In fact, if you're anything like me, you'll do anything you can to mentally take yourself away from the bustling environment—starting with plugging in to your headphones and creating some high-decibel eardrum damage. Urban Matter, Inc. is taking a different approach that present itself as such a blow to your hearing.

You can find your own personal moment of tranquility underneath the Brooklyn-Queens Expressway (BQE) in the most populous borough thanks to the Brooklyn-based design studio. Like many places in New York City, the traffic noise never stops and it gets quite dark, so the team took on the challenge of turning the noise into an interactive light exhibit. Enter "Silent Lights," a series of gates housing 1,400 LEDs located in a Brooklyn hotspot. 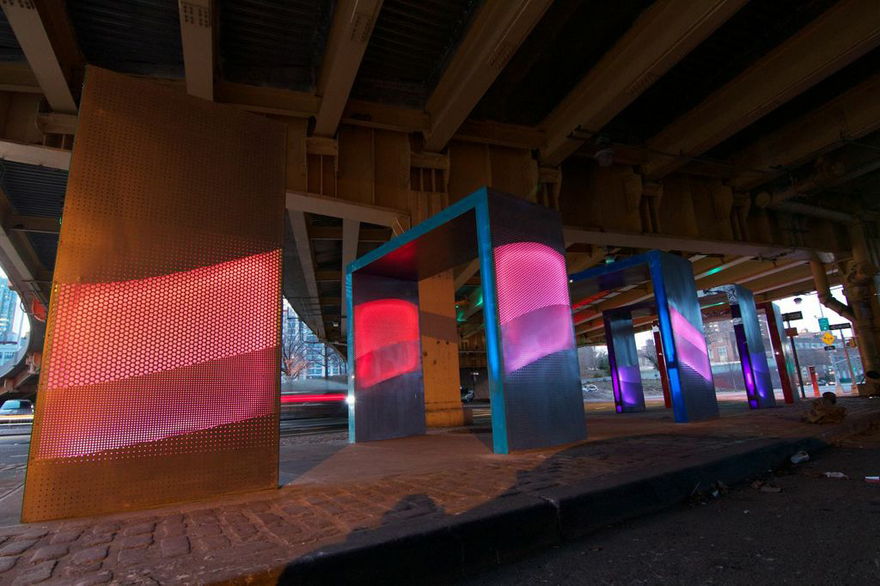 At the intersection of Park Avenue and Navy St., you'll find a series of square arches that slowly transition through a rainbow of colors according to the level of traffic noise in the area. Check out this behind-the-scenes video on what it took to create the installation:

The project allows passersby to experience noise in a different way than just hearing it in the form of car horns and squealing brakes. The colorful form featured on the series of gates is inspired by the shape of a sound wave that responds to spikes in noise. The changes are subtle—making it less of a driving distraction and more of an oasis in an overly active area. 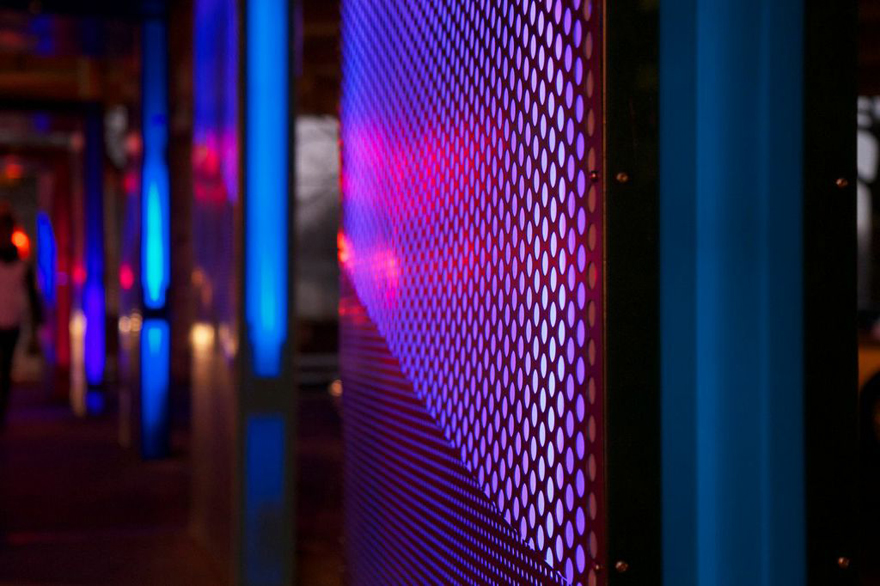 The project dates back at least a few years, when the team (then known as the Artist Build Collaborative) turned to Kickstarter to get their project off the ground. The original proposal was sited just over a mile away, between Red Hook and Carroll Gardens; the current location is perhaps slightly more accessible, but we can't help but wonder if it would have more exposure in a heavily-trafficked flyover such as Metropolitan Avenue in Williamsburg, which sees a fair amount of pedestrian crossings even in polar vortex conditions...