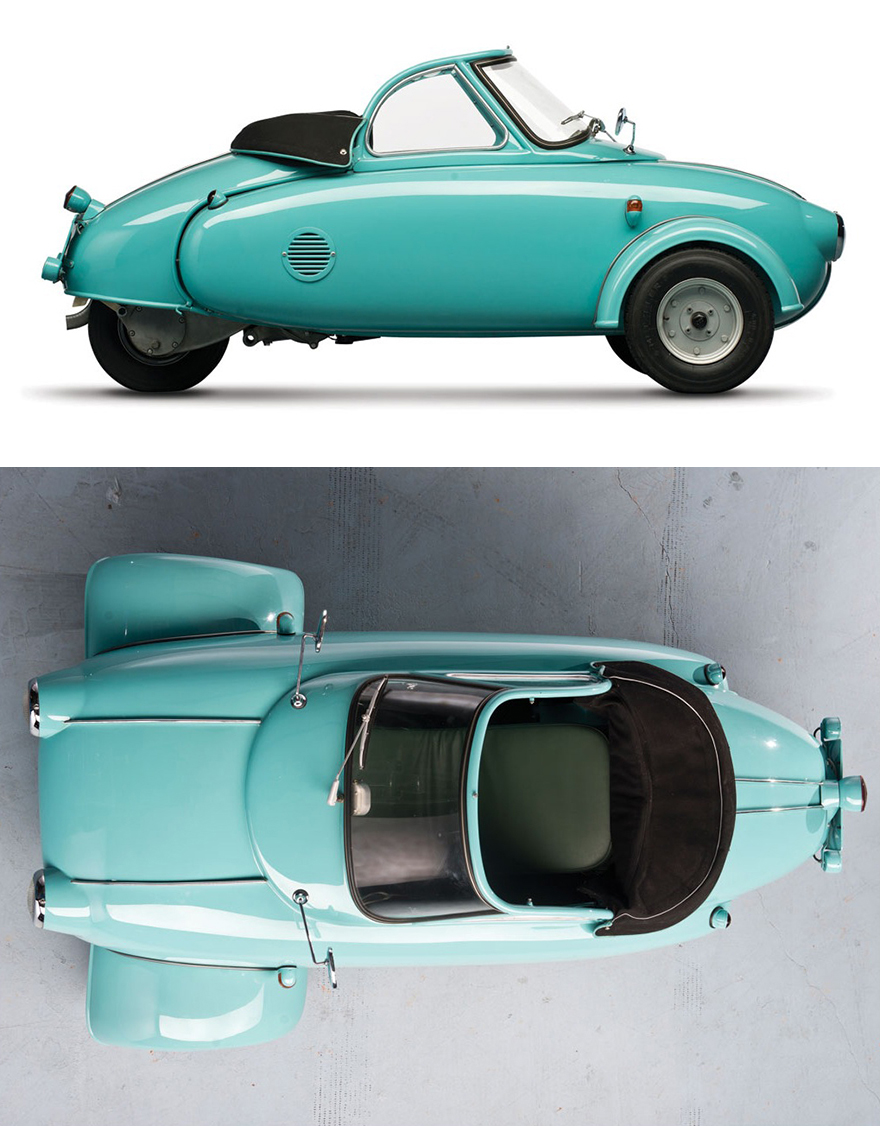 Many American cities have this problem, but it's most obvious in sprawling Los Angeles: When you're trapped in bumper-to-bumper on the 405, you look around and observe the brutal 1:1 ratio of cars to drivers, as far as the eye can see. The absurdity of lone humans each ensconced in their own two-ton rectangle of steel, and the space each person's vehicle consumes relative to the drivers' size, is difficult to find unremarkable. Four wheels, one driver, and from one to five empty seats.

That's how it's turned out, but in the 1950s German engineer Carl Jurisch had a different vision. According to the Bruce Weiner Microcar Museum, Jurisch "became convinced that the future of transportation lay in a personal single-seat vehicle" and so, using a motorcycle sidecar as his starting point, he designed his single-occupancy Motoplan.

The one-cylinder, four-speed, 173cc engine put out just under ten horsepower and could reach a top speed of 88 k.p.h. There was one less tire to worry about, as Jurisch opted for an economical three-wheeled design. And the droptop would've been perfect for Los Angeles. 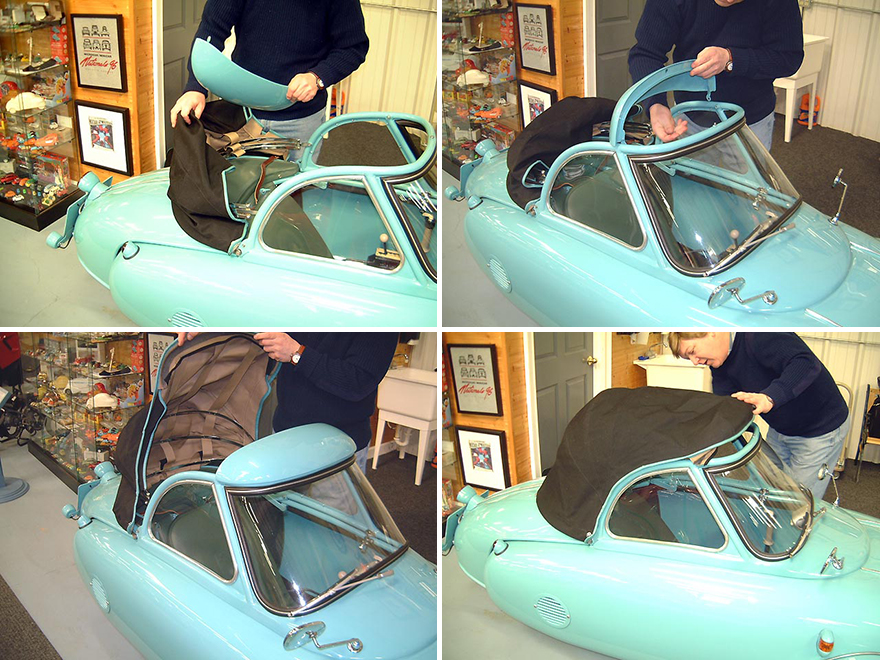 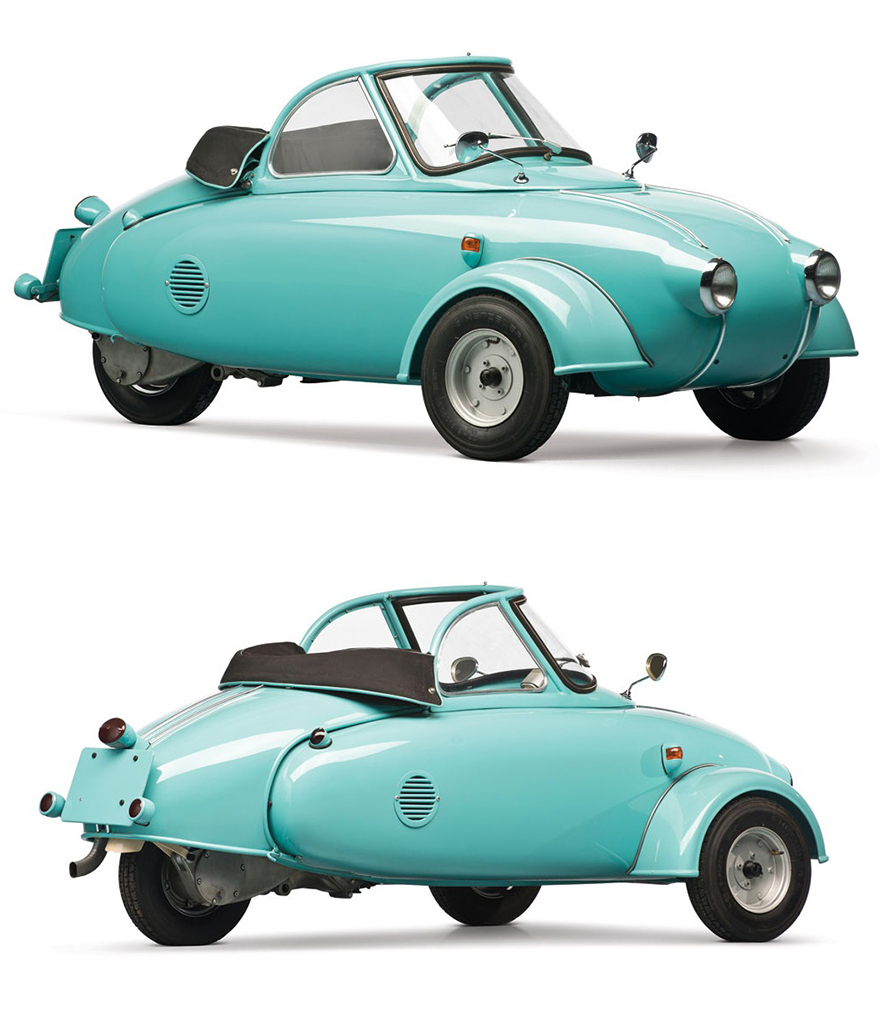 Sadly, Jurisch chose the other coast and "tried to market the tiny car in New York City at the height of the tailfin craze, hugely misjudging the market from his vantage point in rural Germany." Not that he would've' done any better in L.A.—no one in 1957 America was interested in economy and efficiency. Of three prototypes Jurisch built, two have disappeared over time, and we're only getting to see this one because it was restored by a collector and auctioned off last year. (It fetched $103,500.)