TAM TAM Curates an Exhibit of Many Faces, 50 To Be Exact

It's easy to feel weirdly disconnected from your favorite designers. They're always finding inspiration from this and that, but you don't know much about how they view themselves. Consider this exhibit as close to a personal introduction as you might ever get. In a collaboration with Alessandro Mendini for TAM TAM (a free and unrestricted non-school in Milan), 50 designers decided to take on an assignment: decorate a white vessel (designed by Mendini) with a self-portrait. The pay-off? A motley mix of slightly psychological designs titled "Immagini d'Io," on view through January 19 at the Triennale di Milano museum. 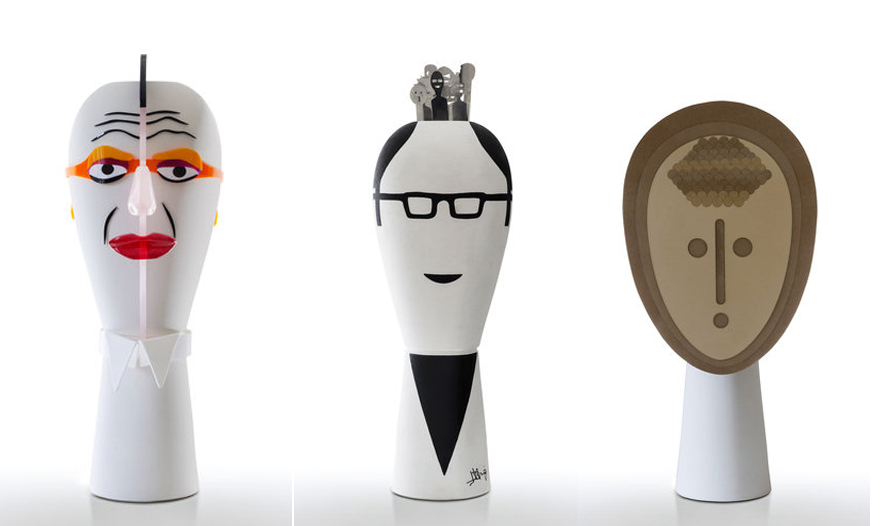 From left to right: Franz Preis, Lorenzo Palmeri and FormaFantasma

TAM TAM launched just under a year ago, in February 2013, and had a relatively successful debut considering the high concept of the original idea. The school welcomed 40 volunteers from different design fields as teachers and 140 students of all ages in its inaugural year. (Students are not chosen based on age or qualifications, only by talent.) "Immagini d'lo" ("Pictures of Me") is a collaborative project that brings together many different faces of the industry together in one exhibit.

As anticipated, the results turned out to be as different as the designers themselves. There's even a very straightforward portrait by design do-it-all Karim Rashid. Among Rashid are other names like Matteo Cibic, Matali Crasset, Caterina Crepax, Jacopo Etro, Marco Ferreri, Elio Fiorucci, FormaFantasma, Martí Guixé, Lorenzo Palmeri, Paolo Ulian, Mila Schön and Gianni Veneziano. 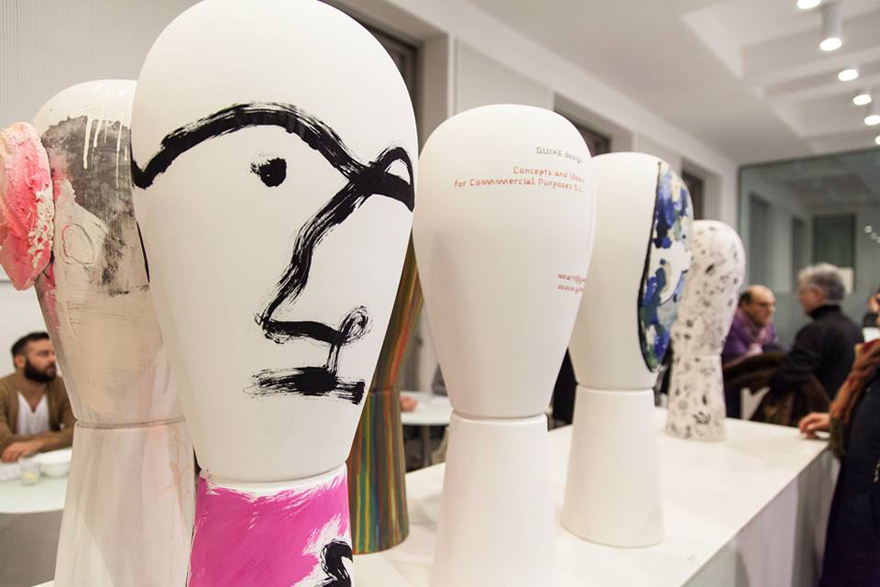 The vases were auctioned off on December 17, but you can still catch them on display at the Triennale de Milano until January 19.

Check out more photos of the vases and from the auction on Facebook.

TAM TAM Curates an Exhibit of Many Faces, 50 To Be Exact