In the Details: An Unusual Wireless Speaker, in More Ways Than One 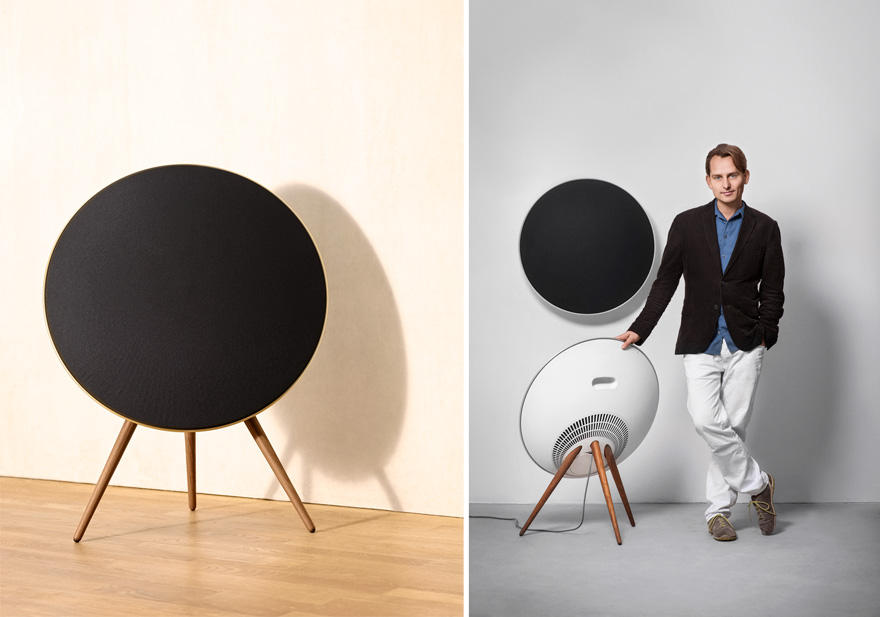 Bang & Olufsen's new BeoPlay A9 wireless speaker is unusual in a couple of respects. First, there's its strange saucer-like form, with a 2.3-foot-diameter disc perched on a wooden tripod. But perhaps even more unorthodox is its development story, as told to me recently by the Danish designer Øivind Alexander Slaatto.

A9 marks the first manufactured product for Slaatto; previously, he "didn't even have a single toothpick in production." Surviving in Copenhagen as a tuba performer and a caregiver, Slaatto had to borrow the money (and a shirt) to cross Denmark and knock on the door of Bang & Olufsen's headquarters, arriving unannounced with his portfolio in hand. Surprisingly, B&O agreed to meet with him—and although the company rejected most of the work in his portfolio, it nevertheless saw promise in his ideas.

B&O decided to let Slaatto work in its studio with then head of design Flemming Møller Pedersen, with whom Slaatto completed the design proposal for what eventually became A9. "The idea only took a few days to come up with, but to turn it into reality took several months," Slaatto says. "I was involved all the way to the final production. I think it was worth the hard work." 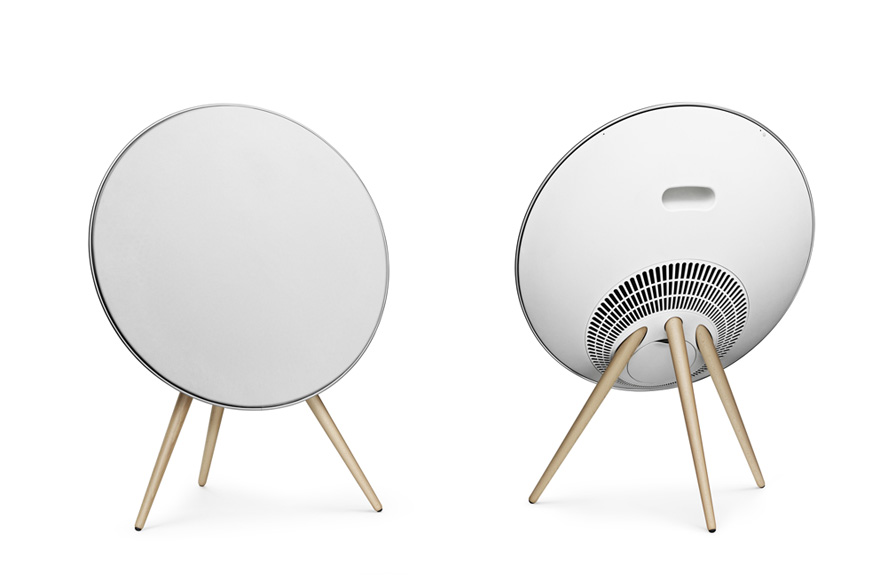 Slaatto drew the inspiration for A9's orb shape from sound waves, avoiding any horizontal or vertical lines in his design. "Sound travels in circles—just as you see circular waves when a stone hits the water's surface—so the essence of this design simply is the circle," he says.

The circumference of the speaker is rimmed in aluminum, allowing the user to control its volume through "magic touch" gestures. With a simple swipe to the right, the user can elevate the speaker's volume, while a gentle touch pauses the audio. (The aluminum ring also gives A9 a high-end look in keeping with Bang & Olufsen's other audio products—and in keeping with A9's high price, starting at $2,699.)

The saucer form itself is molded in white plastic, with a canvas cover stretched over it, and perched upon three wooden legs—material choices that seemed obvious to the designer, who sought a balance between the synthetic and the natural. "I'm always looking for the natural and obvious," said Slaatto. "I don't care about trends or creating something new. Nothing bores me more." 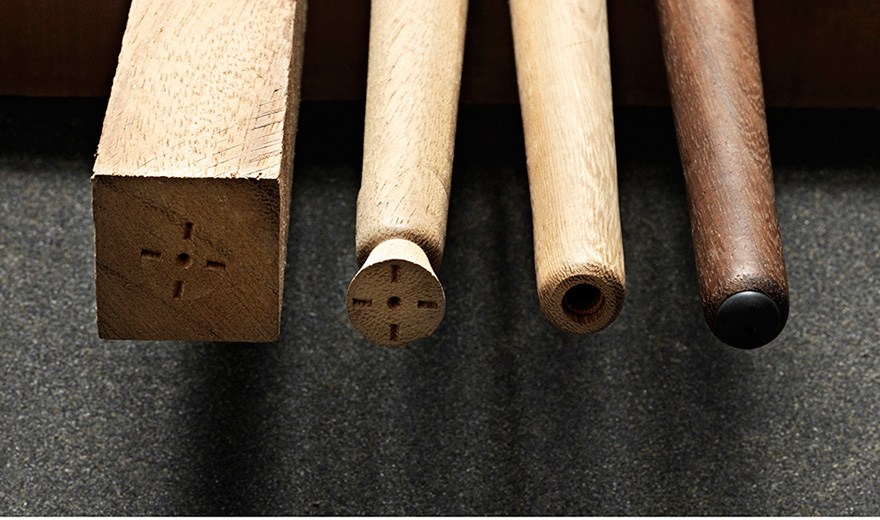 The wood for the legs goes through two rounds of quality testing before its sanded, branded and lacquered. 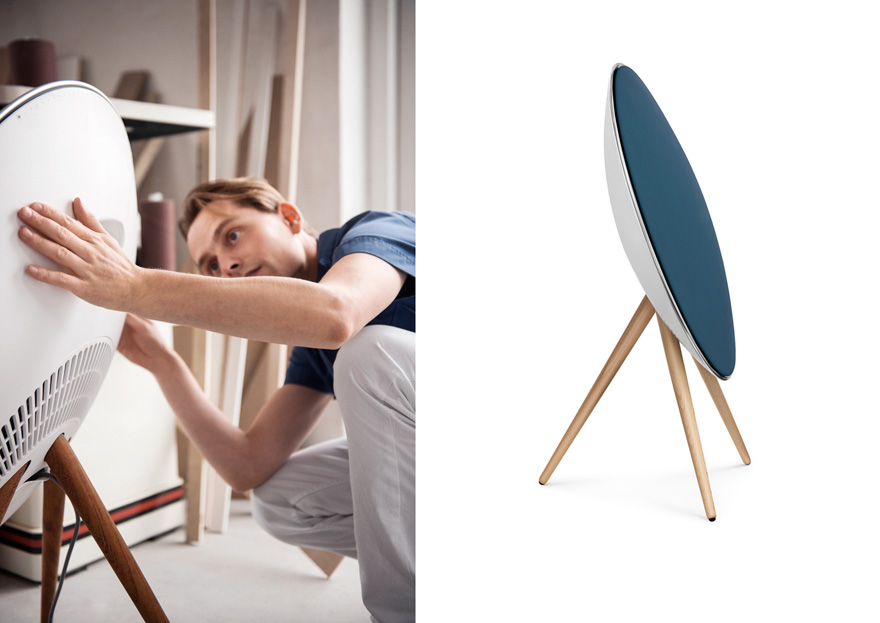 Slaatto and the rest of the design team at B&O paid particular attention to those legs, which come in walnut, beech or oak. The wood for the legs arrives fresh-sawn from the lumberyard, and is subjected to quality testing before being dehumidified in a facility for several days, dried out, and then brought to the manufacturing facility to be planed and turned on a lathe to the final dimensions. Another harsh round of quality testing takes place, whittling down the legs to only the very best and removing any deadwood. The final selection of legs are then sanded, branded (to mark the front and rear legs) and lacquered.

The legs are especially important because, Slaatto says, they help make A9 feel like a piece of furniture that you would actually want in your home, rather than an audio accessory that you merely tolerate. But the legs can also be unscrewed and the speaker wall-mounted, and the fabric cover can be snapped off and replaced with another in one of seven different colors—so that with a little planning, you can make your spheroid speaker match anything from your carpet to the art on your walls.

In the Details: An Unusual Wireless Speaker, in More Ways Than One