Where are These Ice Spheres in Lake Michigan Coming From? 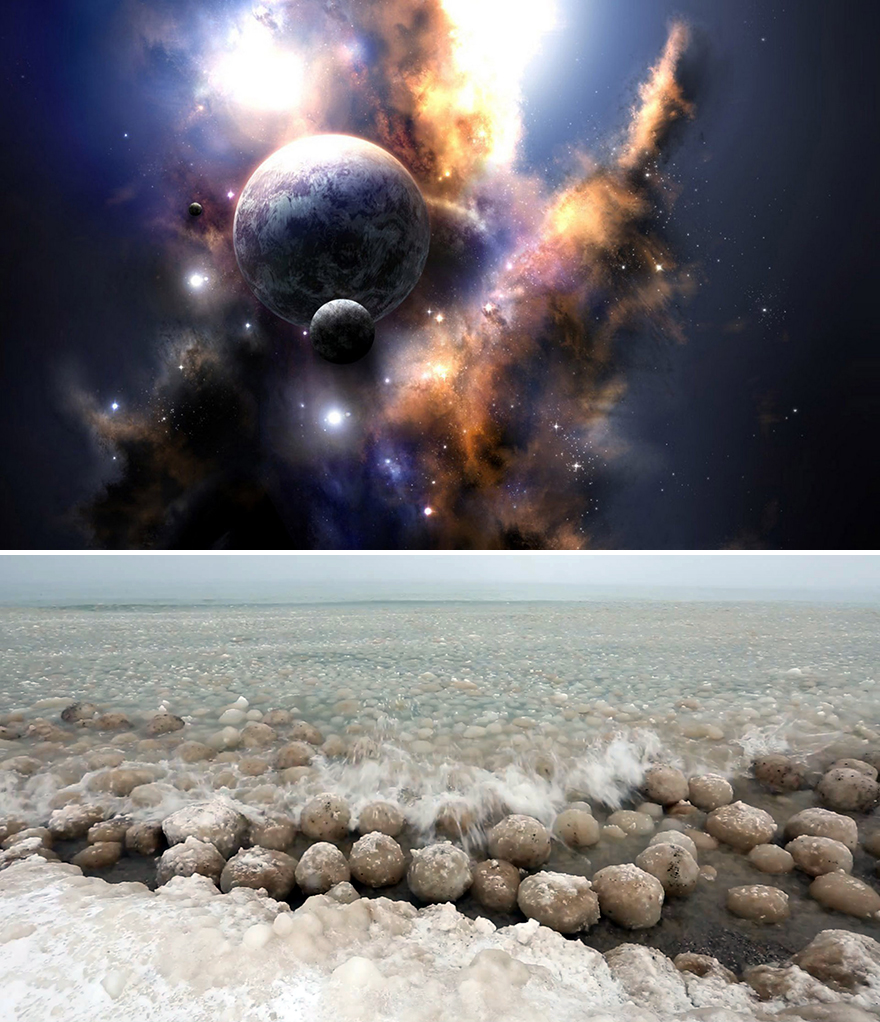 Here's my oversimplified explanation of how the universe forms planetary bodies: There's a bunch of stuff floating around in space. The stuff crashes into other stuff, and sometimes that stuff sticks together. And gets bigger and bigger, and starts to rotate from the momentum of the impacts. Things even out when they spin, and that conglomerate, spinning stuff eventually becomes moons and planets, rendered spherical in a kind of galactic machining process.

Interestingly enough, something like this phenomenon has taken place this week, albeit at a smaller scale, in Lake Michigan. As the brutal cold snap struck the Good Harbor Bay in Michigan's Leelanau County, hundreds and hundreds of ice balls began to spontaneously form in the water. Check it out:

As meteorologist Jim Andrews explains it,

The balls, or boulders, as some have called them, are formed when water from the lake begins to freeze and is pushed ashore by wave action.... As the waves lap the shore, the ice is tumbled, smoothed and frozen into a round shape.

This is the part where one of you much smarter than me sees this, then gets the idea for a brilliant new production method....

Where are These Ice Spheres in Lake Michigan Coming From?