This is our first non-anonymous True I.D. Story.

As a musician and sound engineer, Stephen Ambrose spent the '70s touring the world with hard rock acts. This led him to invent the world's first in-ear monitor, essentially the progenitor to the modern-day earbud. In this True I.D. Story, Ambrose—who went on to commercialize his invention by founding Asius Technologies—reveals why Spinal Tap's "11" is, in real life, more like a 3.5.

Editor's Note: This story is primarily paraphrased from a conversation with Stephen Ambrose, and is not comprised of direct quotes. If there are any factual and technical errors here, they are mine, and not Ambrose's.

As a sound engineer in the 1970s, roadies used to hate me because I'd show up for the tour with 23 flight cases and they all had to be hauled; musicians, especially the hard rock guys I was working with, need to hear themselves on stage, and they like to hear themselves LOUD, the thinking went. So there was a lot of gear. 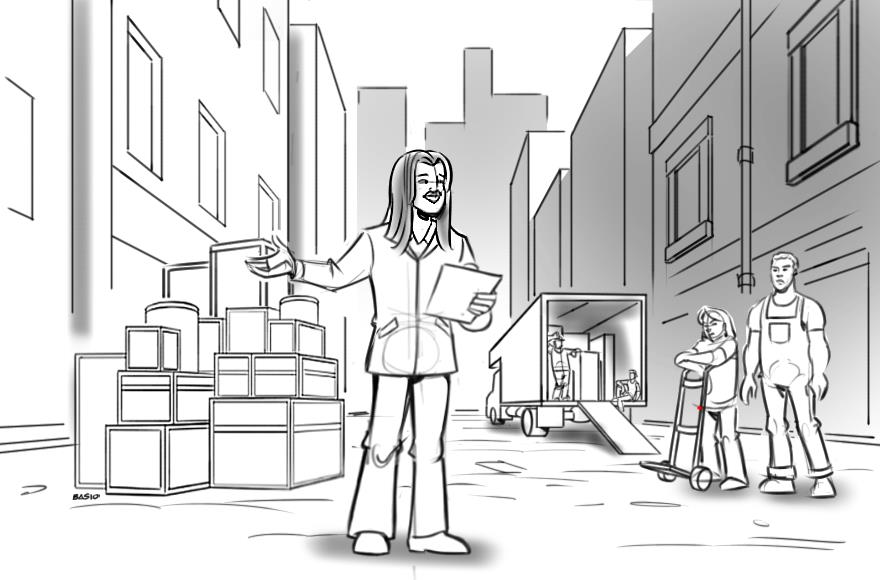 Aside from the roadies, I had a financial incentive to develop an in-ear monitor; if I could make something that fit into your ear and gave you that crucial feedback, then you wouldn't have to ship 10,000 pounds of speakers all around the world. The air freight on those speakers was pretty expensive.

A lot of [these rockers] had actually developed hearing damage from years of being up on stage, though they'd never admit it. Image, you know. So one challenge in designing my in-ear monitor was that it couldn't look like a hearing aid, because no rocker wants to look like he's wearing a hearing aid—even if he really needs one! So I made them out of gold so that they looked like jewelry. 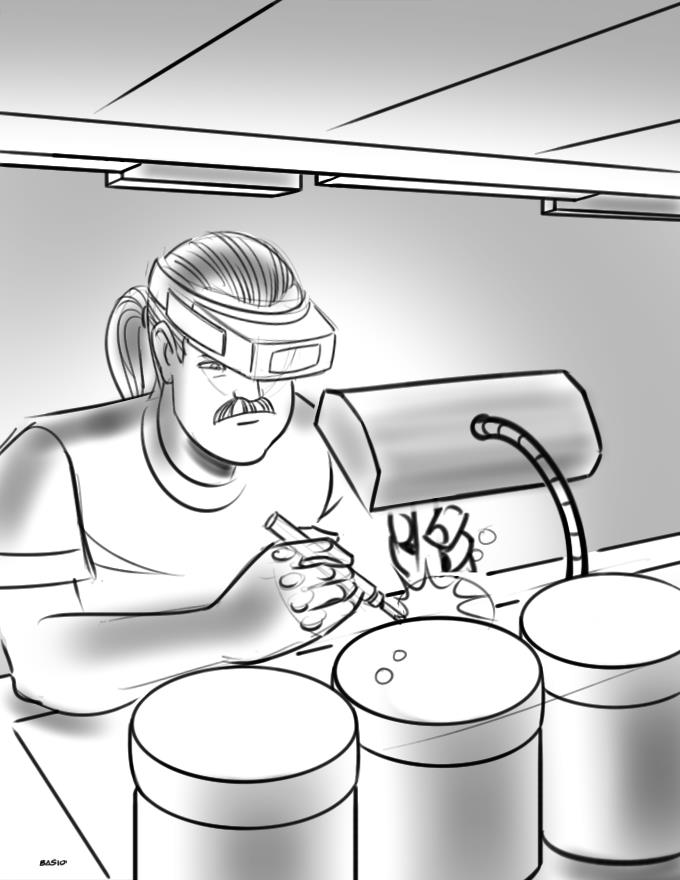 I started off testing these things out with the guitarists who are also vocalists, because these guys want/need to hear their voices up there. And I was nervous about it, because I was attuned to the hard rock mentality of the time; I mean, these hard rock guitarists are like, used to triggering everybody's Stapedius Reflex (when your ear automatically, protectively "turns down the volume" in response to high-intensity sound stimuli) throughout the entire concert, you know? So when I was making the monitors I was thinking that I have to be able to provide all of the volume this guy wants in his ears, so I worked hard at making them capable of going SUPER loud, so that they could really crank it up. 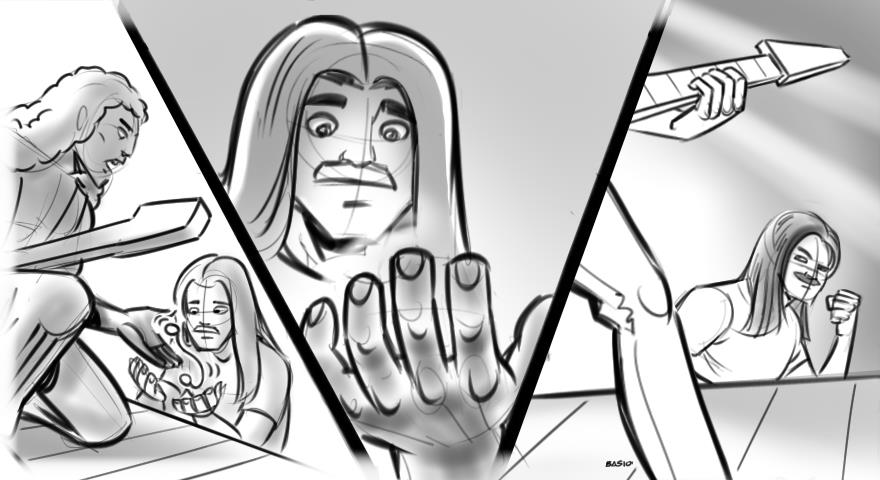 So here's the thing. While I'm developing these, after this one set the rocker gets off stage and pulls the monitors out of his ears and hands them to me, and we're discussing something, and I look down at the dial and notice something funny. "Wow, these are set really low," I say, referring to the volume. Well the rocker kind of snatches them back from me, like, huffily, and cranks the volume knob back up.

That's when I realized—a lot of this is image! Hard rockers want to be perceived as hard rockers regardless of what it's doing to their eardrums. To confirm my suspicious, I decided to try something out. Because I was manufacturing everything—the body packs, the amps, the monitors—I could strip the numbers off the dials. So I did. In other words, now the user would set the volume knobs to wherever it was comfortable for them, rather than going by numbers or automatically cranking it up to 10.

In place of the numbers, I left little hidden tick marks that only I'd know to look for, so that I could tell what level people were actually using these things at.

Well, after I took the numbers off, when I'd take the monitors back from the musicians, I'd see where they were naturally setting them. Most of them were like, below 4! When I noticed this, I'd take the monitors back, in, say, the middle of a session and pretend I needed to work on them, and then I'd surreptitiously crank the volume back up and give them back, and by the end of the session I'd find the musicians had cranked them back down again. 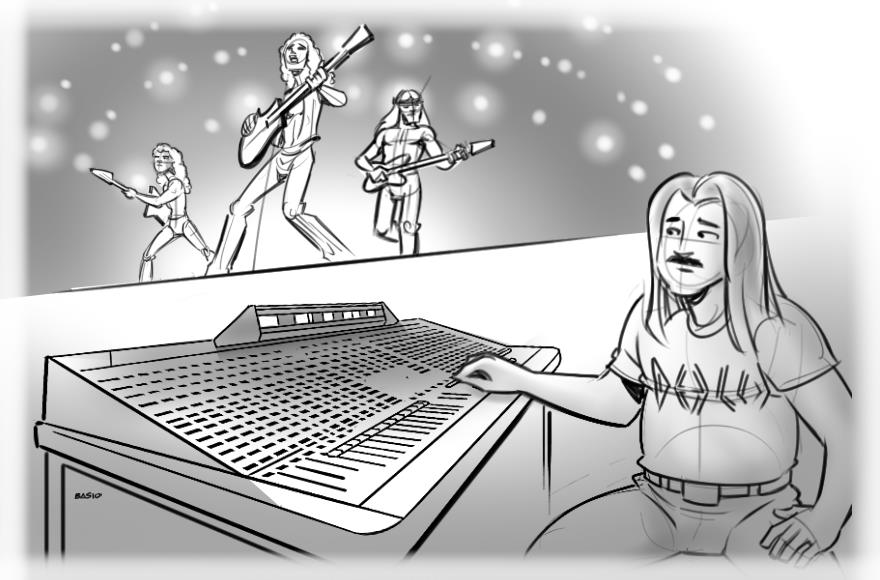 So there's a big myth as to why this volume has to be so loud, and it's counterintuitive. See, with earbuds, there's a confusion between acoustic pressures and pneumatic pressures. Using a poorly-designed earbud is like sealing a piston in your ear, it creates pneumatic pressure—it's like a bicycle pump. And that triggers your acoustic reflex, which is capable of 30 to 50 dB of attenuation. In other words, it effectively turns the hearing down on someone who's already hearing impaired and wants to listen to rock and roll. That's silly!

So of course we fixed that over time. With our current design you can listen with 1/10th the power and yet it sounds much louder. And better. Because the monitor's frequency response is no longer being damped by the eardrum. So we fixed that. But the story is that with good design, people listen to in-ear monitors on stage much, much lower than the levels they cranked traditional monitors up to. 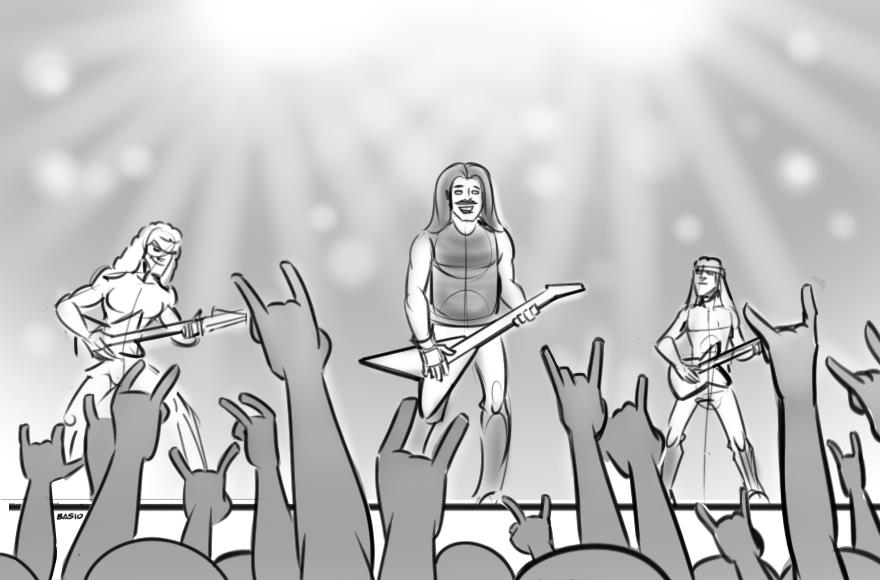