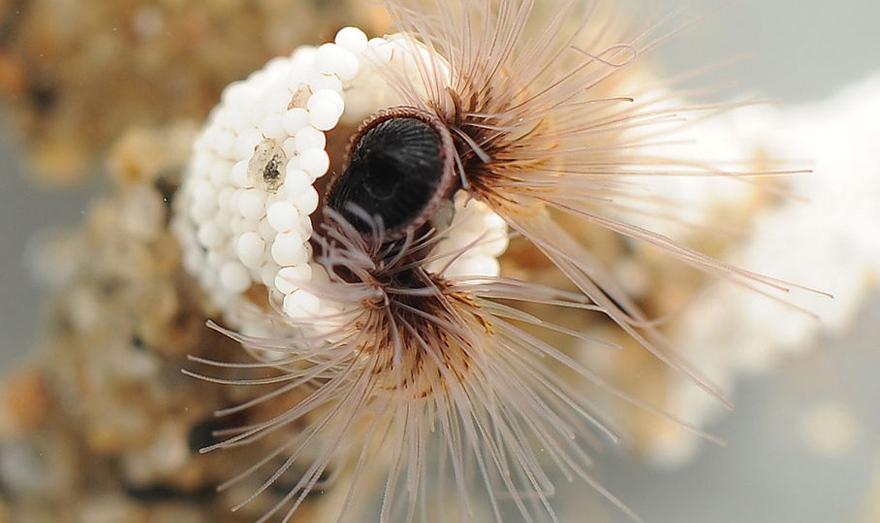 Thanks to this little guy, scientists are finding more efficient ways to stitch people up

Design's role in medical discoveries is always an exciting topic of conversation, from design experiments like Jake Evill's 3D-printed cast to DIY solutions like the $15 iPhone hack with the potential to improve 600 million lives. Like the latter, this story begins with the efforts of a group of medical scientists. Through researching various animals that have evolved and mastered the art of staying upright in sticky surfaces (think slugs and flies), they were looking for a more effective medical adhesive that wouldn't have the same destructive qualities as traditional sutures.

Of course, we're used to seeing sutures (stitches, in non-technical parlance) in a more traditional, semi-gory Hollywood context—ripping in and out of skin with cringe-worthy zeal—but when you think about it, that can't be the best option for more delicate fix-ups involving, say, any of our internal organs. Now, a group of scientists have come up with a medical-grade adhesive design straight from nature, inspired by the viscous secretion from the Sandcastle Worm. 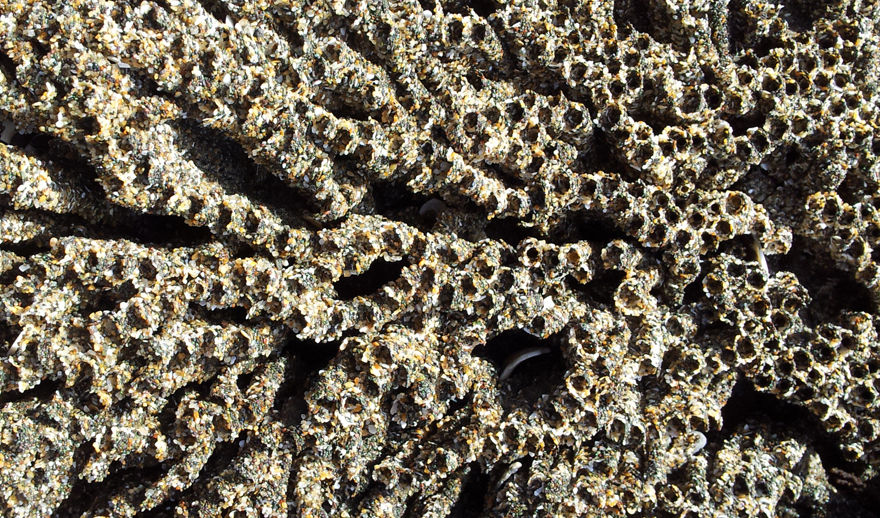 The new glue is based on poly(glycerol sebacate acrylate) (PGSA)—an elastic, transparent, nontoxic and synthetic adhesive that mimics the capabilities of the marine Sandcastle Worms' secretion. The worms use their adhesive to capture floating debris and attach it to other pieces, resulting in a network of aquatic worm holes that resemble a coral reef. In its natural environment, the water-reactive adhesive sets after 30 seconds of contact with cold, salty water. In a medical setting, the synthetic adhesive sets in five seconds under a UV light source.

According to a study released last week, the scientists behind the discovery shared that the material breaks down harmlessly in the human body because of the adhesive's make-up—all of the elements are also found in our own anatomies. Check out this video to see what this new adhesive could mean for fixing heart issues:

PGSA was tested in rats and pigs on tense cardiac areas where large blood vessels were experiencing high blood pressure. By replicating traditional surgical procedures—such as repairing cut vessels and wall defects—the researchers success used the material as a standalone suture and as a repair patch adhesive, as shown in the video above.

It looks promising—and puts a much better image in our heads when it comes to fixing our broken parts.