Hear that dull whine in the background, the noise that sounds something like your neighbor using an impact driver down the hall? Close—its actually the reaction to the new logo for Black & Decker Black+Decker. Designed by Lippincott, the consultancy behind last year's well-received Stanley refresh, the verdict on the new look is rather less auspicious—over on Brand New (where Armin Vit took my first choice for a title), commenters have found it underwhelming. Some have noted the potential for a Tropicana trap, and indeed, the 'more personable' typography vaguely echoes that of Home Depot's 'house label' (har) HDX.

My own gut instinct was that the new identity falls somewhere between housewares genericism and maybe mid-market tech peripherals; too airy to compete with the likes of DeWalt, Bosch, Milwaukee, etc. (the former is a subsidiary of Stanley Black & Decker, which has not yet updated the logos on their website). Meanwhile, I felt that axing the ampersand in favor of a Phillips-head plus evoked not an architecture firm, as some have suggested, but housewares brand Black+Blum... whose oblique/lightweight logo would actually look pretty good in the latest Lippincott treatment.

Where the bold condensed letterforms of the old logo convey a certain no-nonsense utilitarianism, the orange-on-black aesthetic feels distinctly masculine in a way that feels radically different in white, as it appears on the vacuum cleaner. 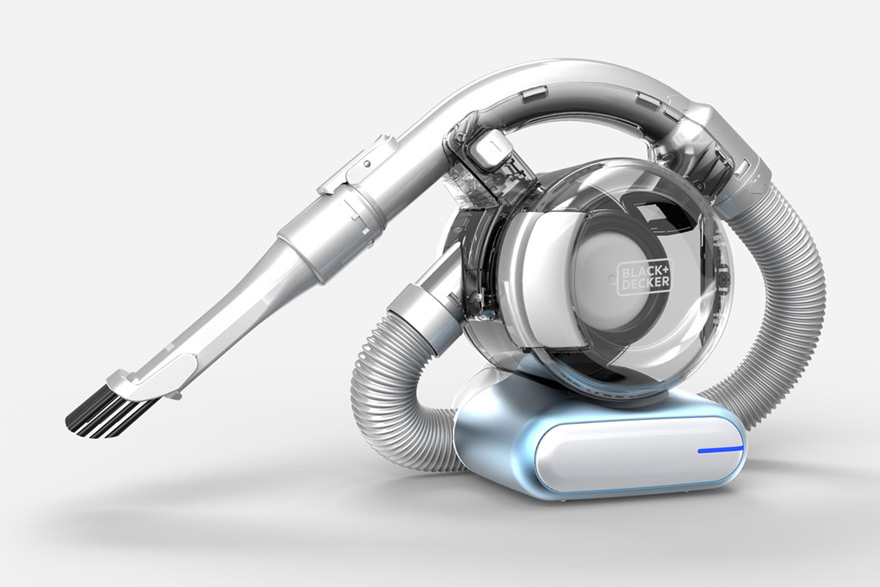 Is it just me, or does the base look like an external hard drive? 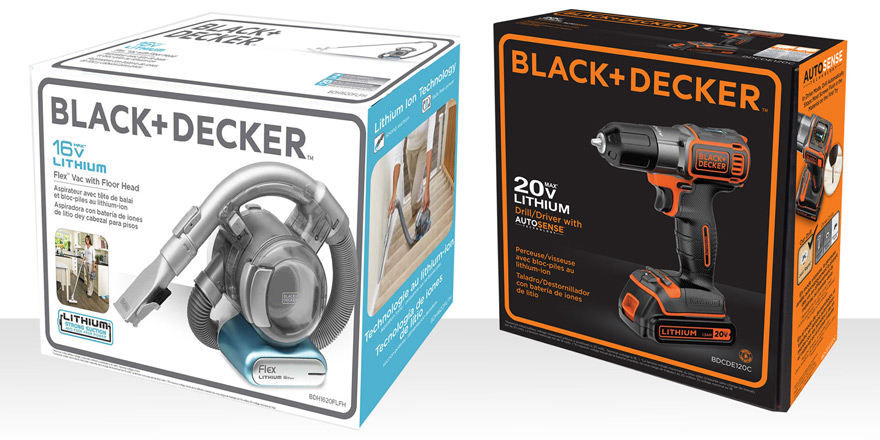 Then again, that's precisely the point: According to Creative Review, the graphic design team at Lippincott worked closely with Black+Decker's product design team to arrive at an identity that complements the industrial design. The crisply rendered dustbuster, for one, is presumably the next generation of their Flex product line, and I couldn't help but notice that the before/after comparison of the drill and packaging depict strikingly different products. The old 18v handheld is a rather ho-hum, generic-looking power tool; the new one features Tron-worthy orange trim, a blocky battery unit that alludes to a tank tread, and a generally beefed-up form factor. 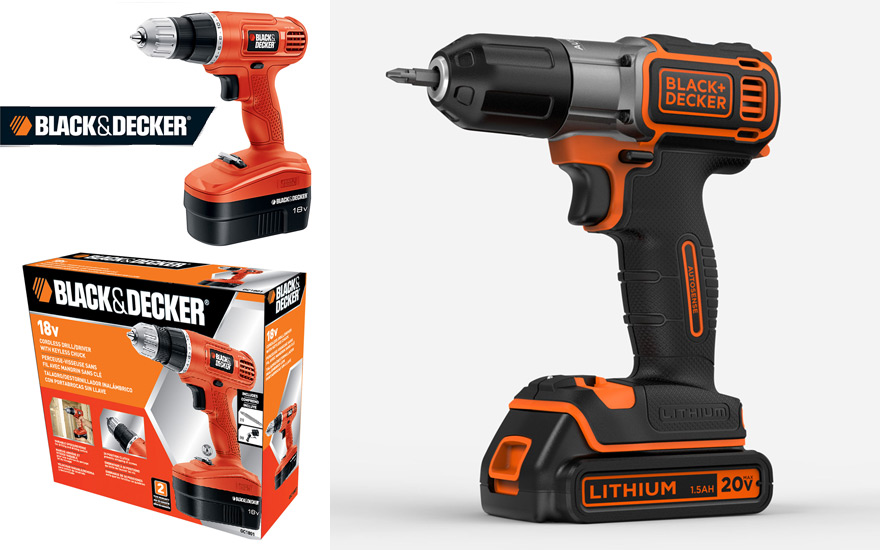 A last, forced pun: Does the new identity cast a hex on a storied brand, or is it a positive direction for the Towson, MD-based tool company?