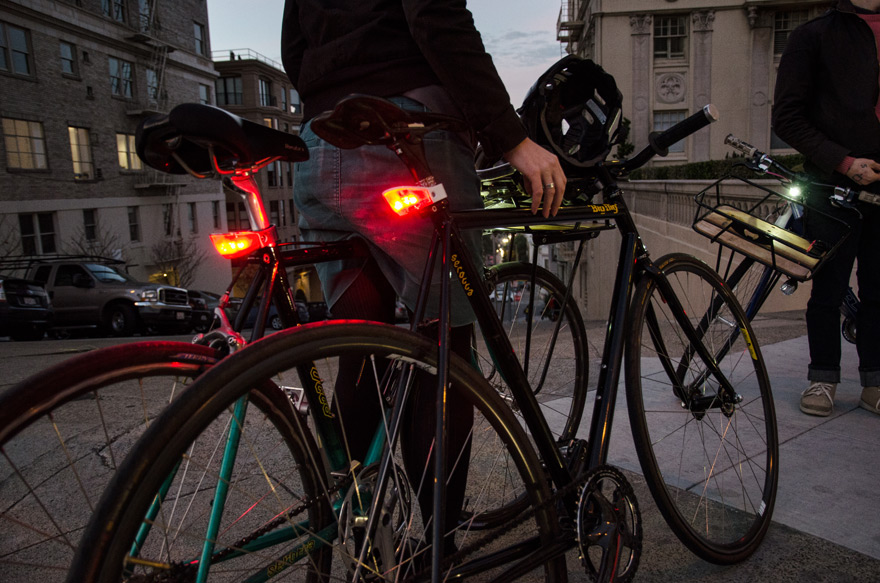 Two and a half years ago, three biker/designer/friends sat around a table and discussed designing "something around bikes." We took a good hard look and decided the industry had largely optimized performance around racing, so we chose to optimize and design for the daily working use of a bike. Two years ago, we incorporated that effort. One year ago, we launched a Kickstarter campaign. This month, we are delivering on Kickstarter promises. In the interim, we have been slaving away on the myriad other things that make our effort a real company and not just (the world's most infuriating) hobby.

Compare all of that to the list of skills that we, as product designers, attain in school and in consulting: need-finding, form, various types of digital, physical and visual representation, mechanical integration, production processes, the pitch.

There are approximately three things that overlap between the two lists. We, Sparse, have accomplished or at least attempted the rest via: getting it flatly wrong the first time; imperfect iterative efforts; HUGE singular efforts; hiring the person who knows the answer; chatting with a friend who is further along the development curve; pulling favors; borrowing money; traveling to far-away places; befriending reporters; and mainlining black tar... er, coffee. 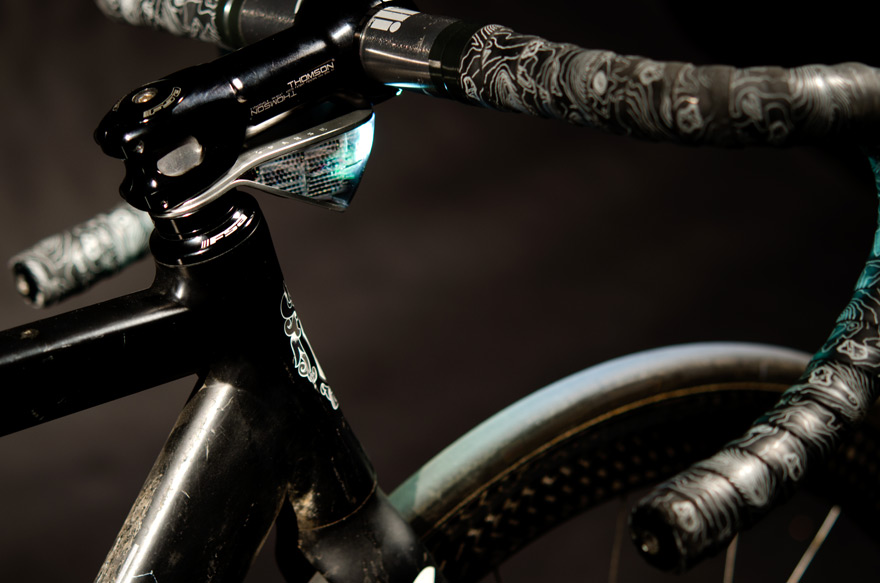 There are others who write more cogently on startup culture in general, and productivity in specific than I can achieve (which is why I've included wonderful references at the bottom of the article). What follows is a handful of insights into the narrow turf of hardware development as a bootstrapped startup.Social Media has changed the game

The BIG good news in this newfound economy is that social media has enabled a democratization of startup culture. It is now possible for little money to get going in a hardware startup. This is a new thing. By creating compelling content and pitching it well, you too can bootstrap your way into long nights and endless headaches.

There is no support

If the toilet clogs, you fix it. If your team needs insurance, you do the research, negotiate the terms, then buy it. If your product needs some kind of certification, you get to figure that out (and pay for it). If a customer has a problem, you answer the phone. If you're fortunate enough to be talking to the press, you take the call. All problems are your problems.

You are last in line

When you work as a hired gun with real clients, manufacturers have reserved a spot in their production schedule. It is in the interest of the factory as well as the client to keep that line on schedule. When you represent a scrappy but charming startup, the factory is using that production slot as a buffer for production capacity between bigger clients (as are any sub-contracting manufacturers). If they have a slip in their other lines, you get bumped. If they fuck up your spec, you get bumped. If the sub-contractor fucks up, you get bumped. If you change something, you get bumped. When you get bumped, you fight for the attention of the factory management as they have again turned their gaze to the large, profitable clients - stuff takes longer to fix for you than it does for the big guys. Given that this is both your first time through and you're really trying to capture that innovation, things go wrong more often. "More, please, sir."

It's all about validation

A personal introduction is invaluable. So is an article praising your excellence. So is physically showing up, shaking someone's hand and having a conversation about what you and they are about. Never flinch on spicy or weird foods. Hold your own in the after-meeting drinks.

If you do manage a fresh take on an old problem, the whole industry will pay attention

People whom you respect will seek you out and pat you on the back. Competitors in the field you've just entered will get to work trying to outdo your designs. They'll work faster than you. Enjoy. 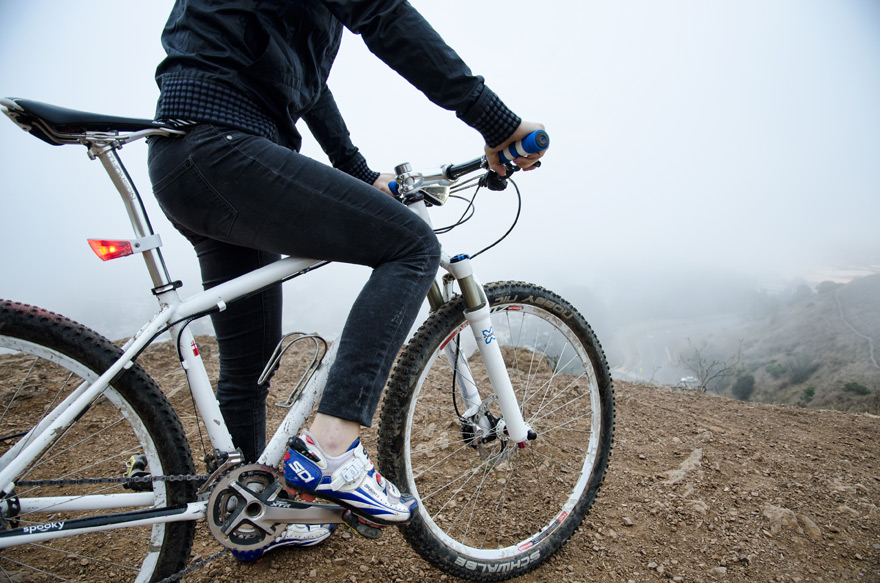 Ask for more money than you think you need

Did you get that certification? Do you need it? What about in Germany? Japan? Did we mention something about delays? What about that insurance? Well that, but also that other kind. How about that filing you didn't know about? Oh, and we're out of toilet paper.

Bootstrapping is hard on personnel

These are your internal roles. Be uncompromising. Never say die. Be critical. Be conciliatory. Wheedle. Threaten. Cajole. Clown around. Sit down and work until it's done. Help someone else out of a jam. Ask for help in yours. Mind your manners. Now cycle through this twice an hour. Lather. Rinse. Repeat.

Sparse was founded by Remy Labesque, Nick Riddle and Colin Owen. Sparse released its first products, integrated bicycle lights, in October 2013. Of the founders, Nick has moved on to TRP. Remy works at frog in San Francisco. Colin juggles a teaching gig at California College of the Arts and Sparse.

Sparse has grown to include (in order of joining): Raffi Minasian as VP of Biz. Dev; Michelle Katz, Esq. as Chief Counsel; Ryan Wilday as CFO; Jerome Daksiewicz as Director of Brand; and Joshua Robot, CTO. 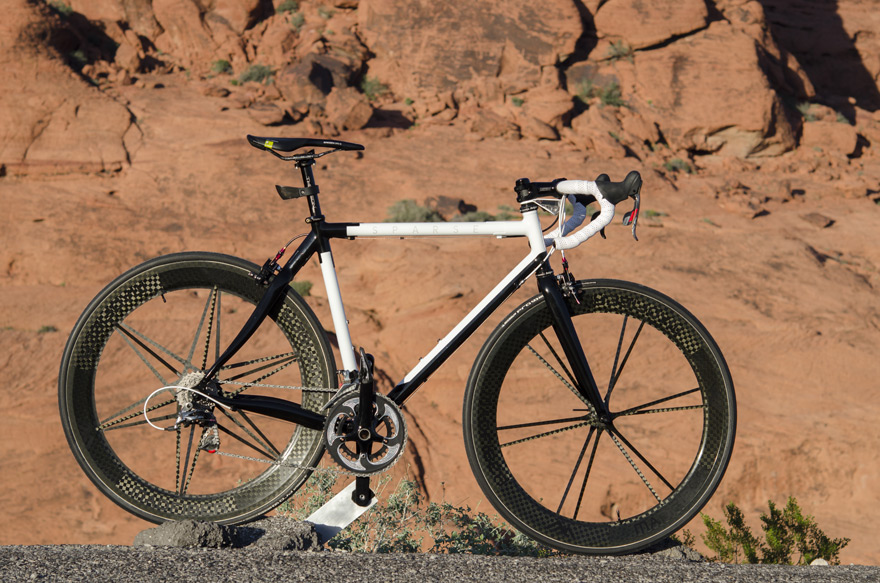 2014 is set to be an aggressive and very different year. The team is expanding. We've wrangled in some great designers, several of whom will be responsible for leading design on some of our favorite products. New lighting products are in development for release in the second half of the year. Additional security solutions will be introduced soon. We'll also be launching a soft goods line in the next few months. All of this, hopefully, on point with the Sparse mission: to improve lifestyles involving the routine of utilitarian cycling.

Others have written more cogently on the subject of entrepreneurship and productivity (feel free to add more in the comments):

Paul Graham
» How to Make Wealth
» Maker's Schedule, Manager's Schedule
» The Top Idea in Your Mind