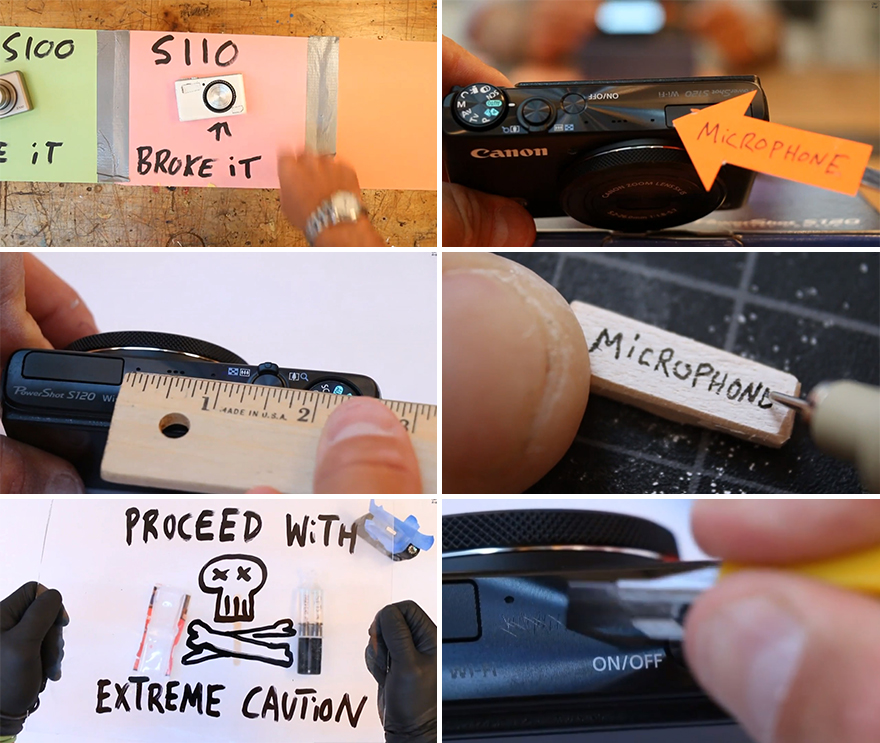 Is there anything more frustrating than when product designers get something right, only to screw it up in successive iterations of their design? Think of anything you've owned two versions of where the power switch has now been moved to an inconvenient location, or the metal construction of a crucial part has been swapped out for plastic, or positive-click buttons have now been made spongy.

NYC-based filmmaker Casey Neistat encountered one such generational design flaw with "The Almost Perfect Camera," Canon's S120. Previous iterations of the camera—Neistat's favorite—had the microphone aimed towards the subject; the new model has it pointed towards the sky, which creates ergonomic interference. Unsurprisingly, Neistat went at it with boxcutter, epoxy and ice cream stick to fix the problem:

We'd like it if more folks made videos like these, exposing what the end user deals with when bad design decisions are made; and what we'd really love to happen is for the original industrial design teams—or whomever constrained their budgets—being forced to watch the videos.

More from Casey Neistat
» Short Films: A Flying Shark, How to Fix a Camera with Peanut Butter and an Urban Bicycle Theft
» Casey Neistat Whips Up an iPhone 5 Dock, and Leaves $13,000 Worth of Gear in a Cab
» Casey Neistat Basically Puts Every Other Filmmaker to Shame
» Casey Neistat's DIY Salt-Sprayed Shades Get an Unwelcome 'Admirer'