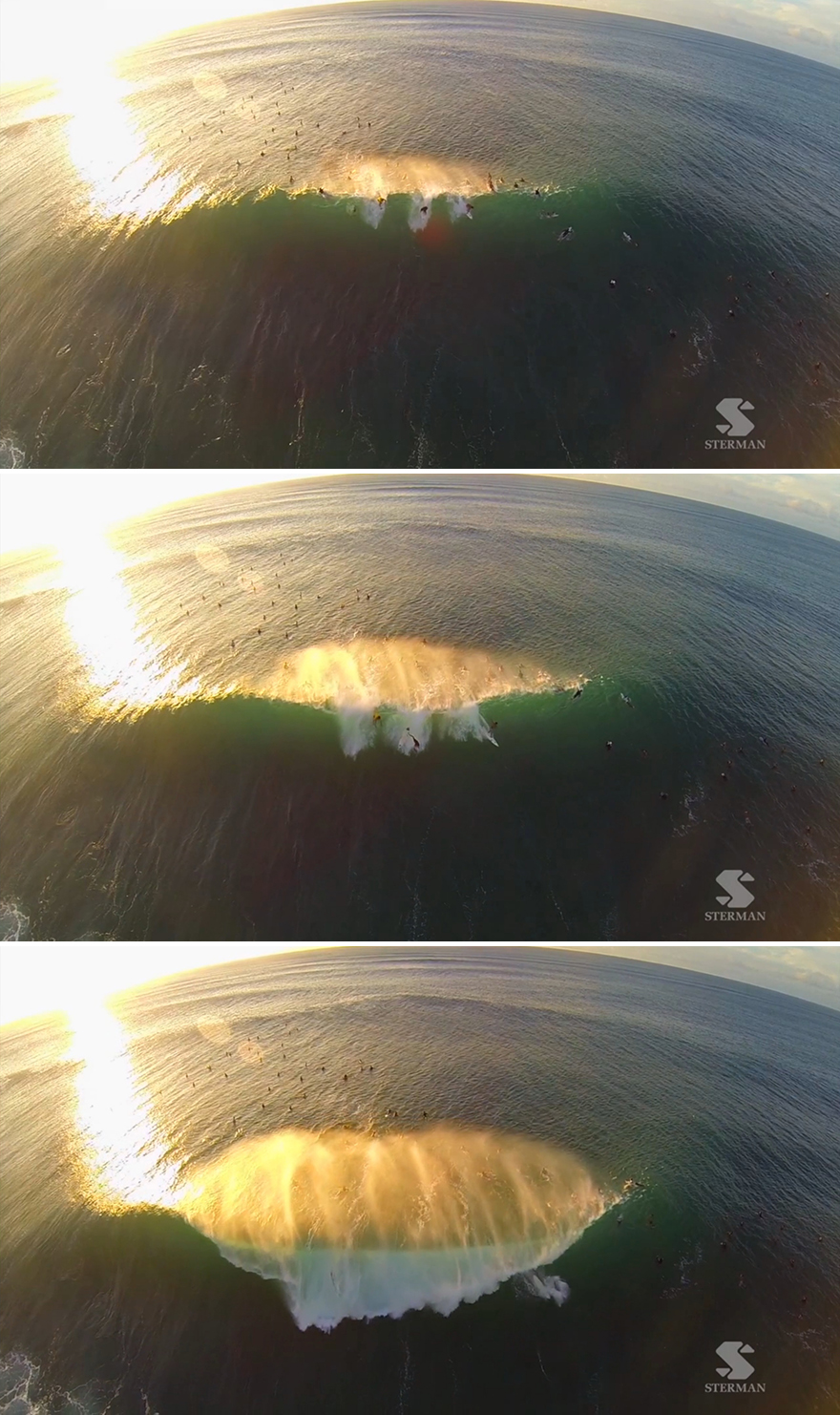 We've seen plenty of GoPro footage of surfers from POV and "selfie" angles, as well as cool GoPro quadrotor footage before. But it's not 'til now that we've seen these things combined. Hawai'i-based shooter Eric Sterman runs Sterman Aerial Photography and has captured some stunning overhead footage of surfers on Oahu's North Shore.

Sterman's footage not only captures the breathtaking perspective of seeing waves swell and break from overhead, but it also offers a context you rarely see in surf videos: For every guy on a board catching a wave just right, you see dozens of hopefuls paddling out and waiting their turn, bobbing and flailing until their opportunity to synchronize with nature arrives.